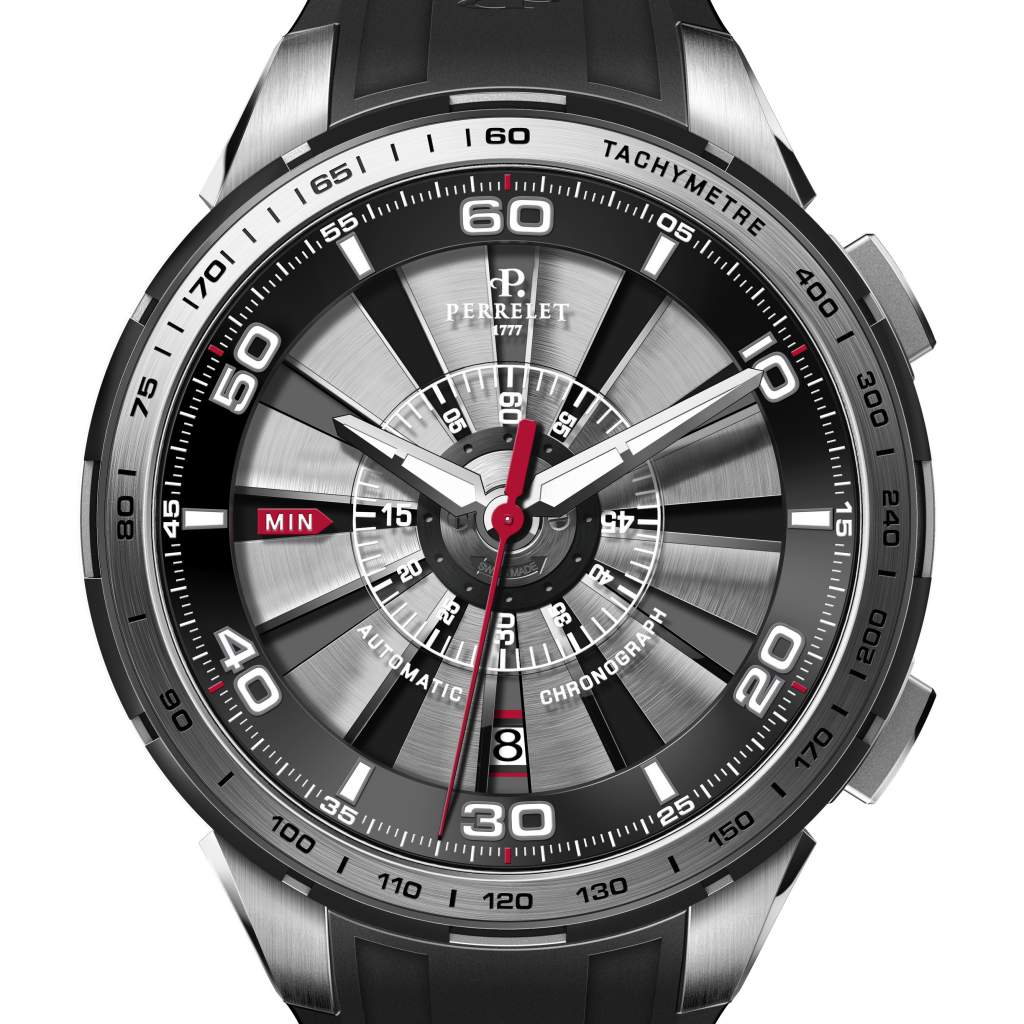 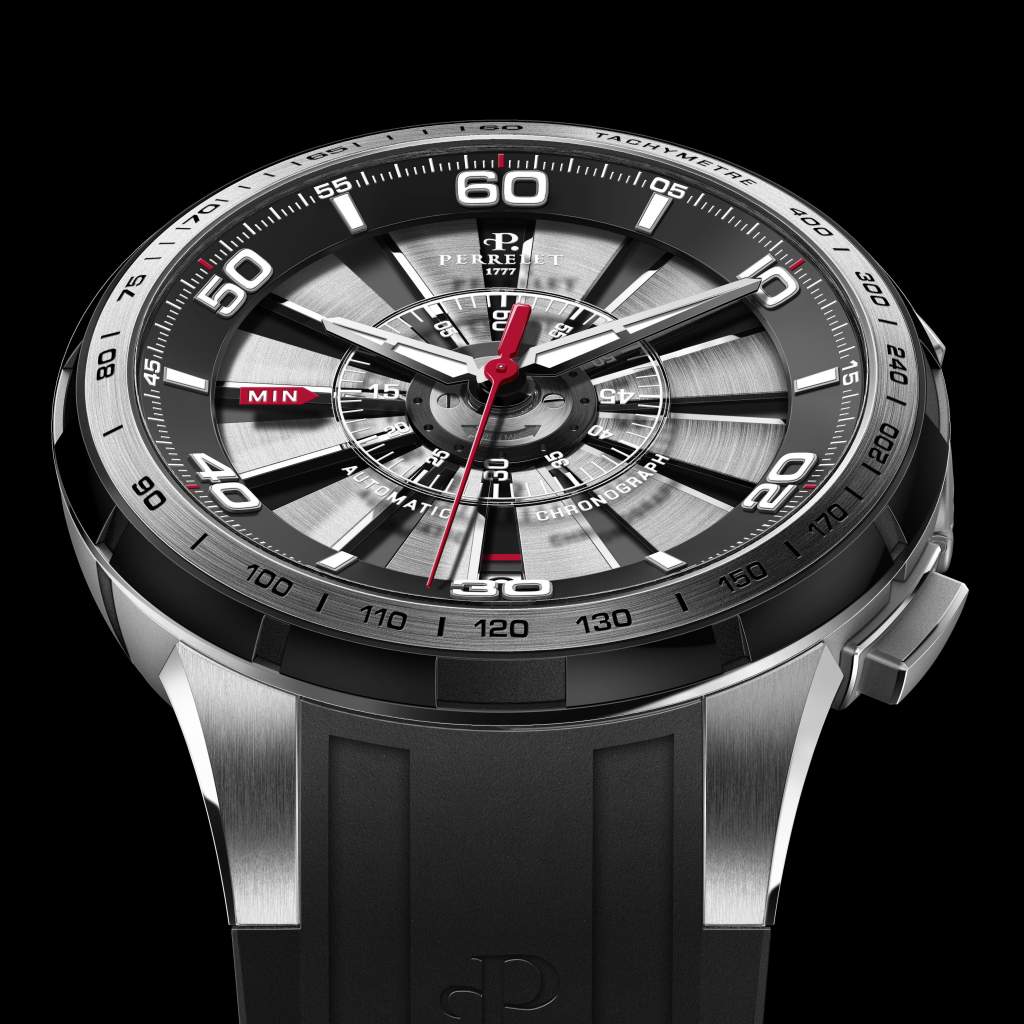 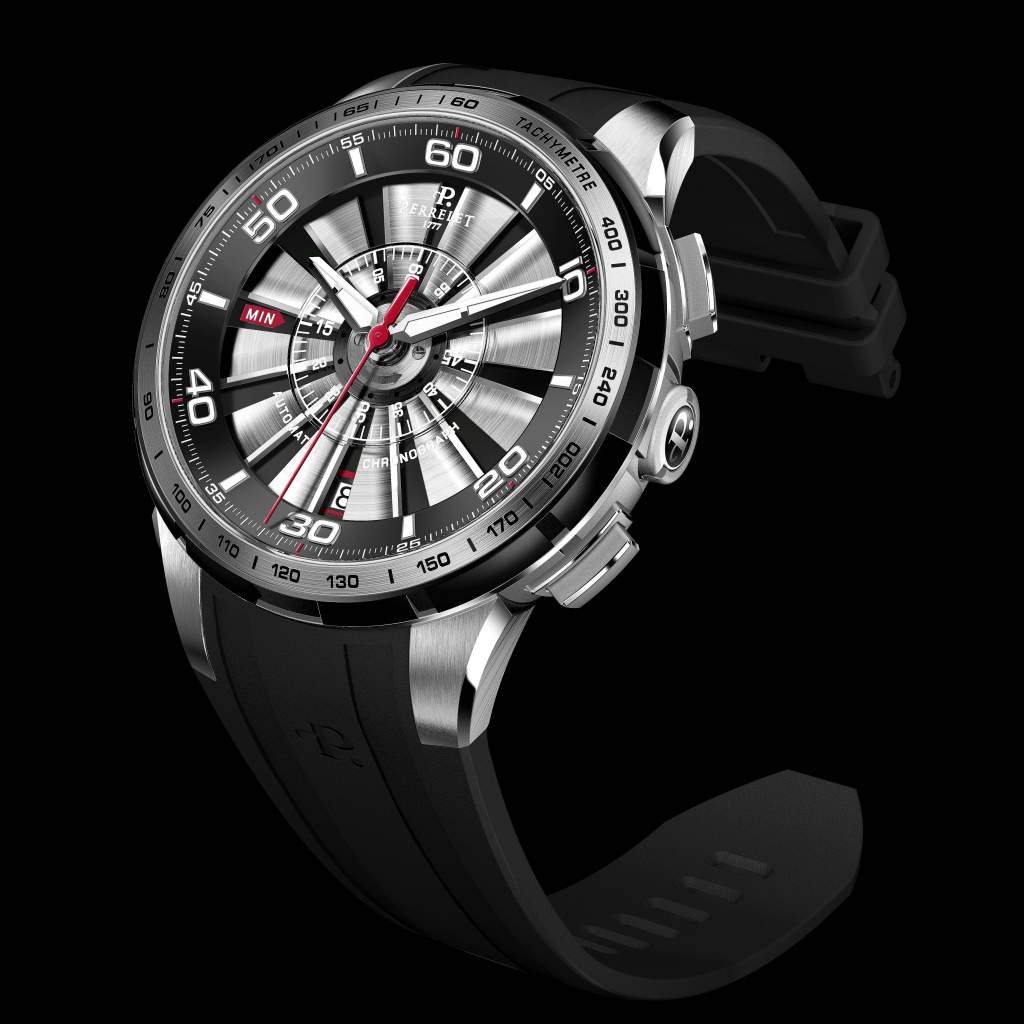 For the first time since its launch in 2009, Perrelet’s iconic Turbine collection welcomes a horological complication; a chronograph, offering a further demonstration of the brand’s technical expertise.

Incorporating a chronograph into a Turbine watch represented a challenge to which Perrelet has risen with impressive ingenuity. The additional function is clearly displayed on the dial of the Turbine Chrono automatic model without detracting from the singular identity of the collection.

Perrelet has successfully given rise to this original creation featuring a series of cleverly superimposed effects. The chronograph measurements are provided by a central seconds chronograph hand and a particularly innovative 60-minute counter. The former runs over a large inner bezel surrounding the dial, while the latter is composed of two juxtaposed sapphire crystal elements. A graduated mobile disk turns in the center of a fixed ring marked with a red arrow bearing the inscription “min” and pointing to the recorded times.

Thanks to the transparency of the chronograph counter, the signature rotor of the Turbine watches remains perfectly visible. One can easily admire the blades freely sweeping over the under-dial surface. On the Turbine Chrono, they create discreet effects highlighting the unusual date display. The latter appears in an aperture at 6 o’clock in step with the movements of the turbine gliding over it.

With the Turbine Chrono, Perrelet pushes the creative barriers, proving that horological complications along with the additional indications they imply may be integrated within the Turbine collection while preserving the initial visual impact. An important step has been taken, thereby paving the way for promising development.

Five chronographs herald the new era. Featuring rubber straps and 47 mm-diameter cases with tachometric bezels and applied rings, they are powered by the exclusive double-rotor P-361 movement, visible through a sapphire crystal caseback. The range comprises three variations in graded shades of black and white, sophisticated versions enhanced with 4N pink gold, as well as an All-Black model.