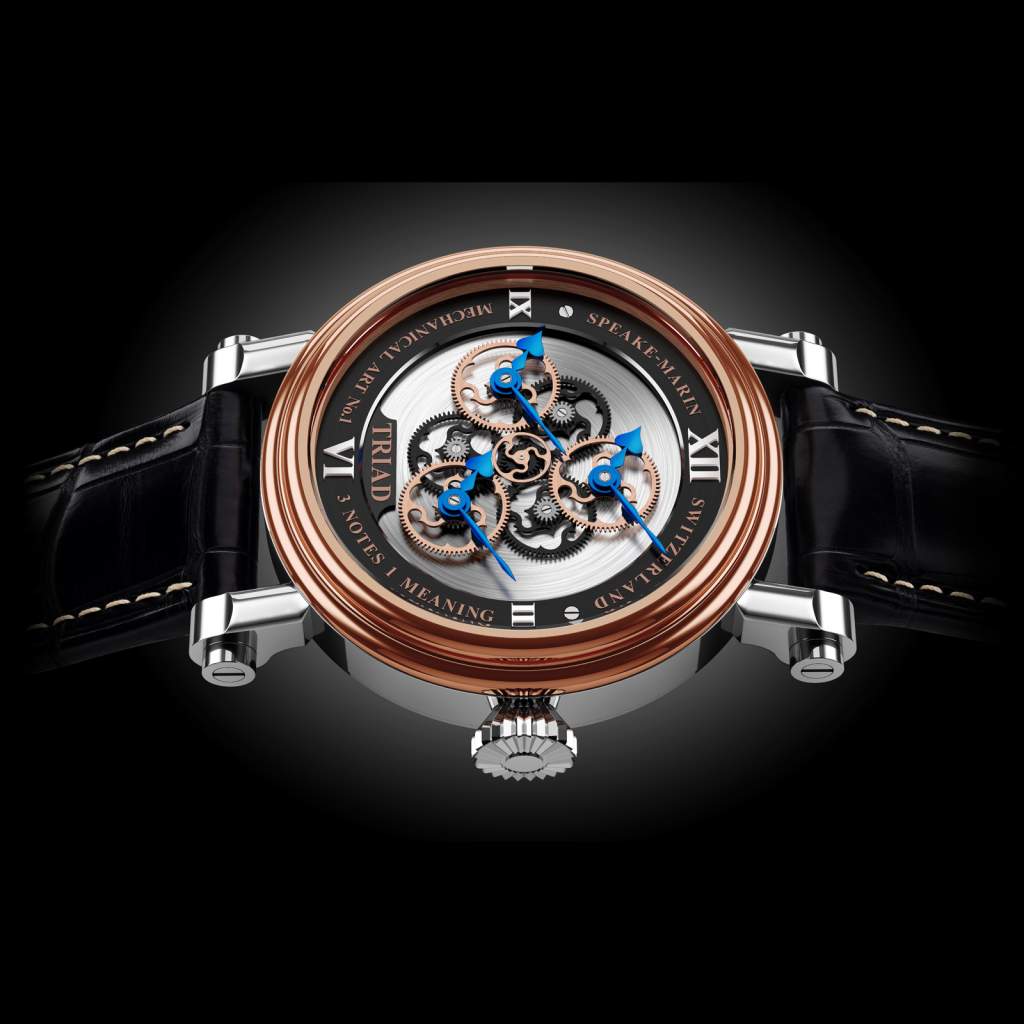 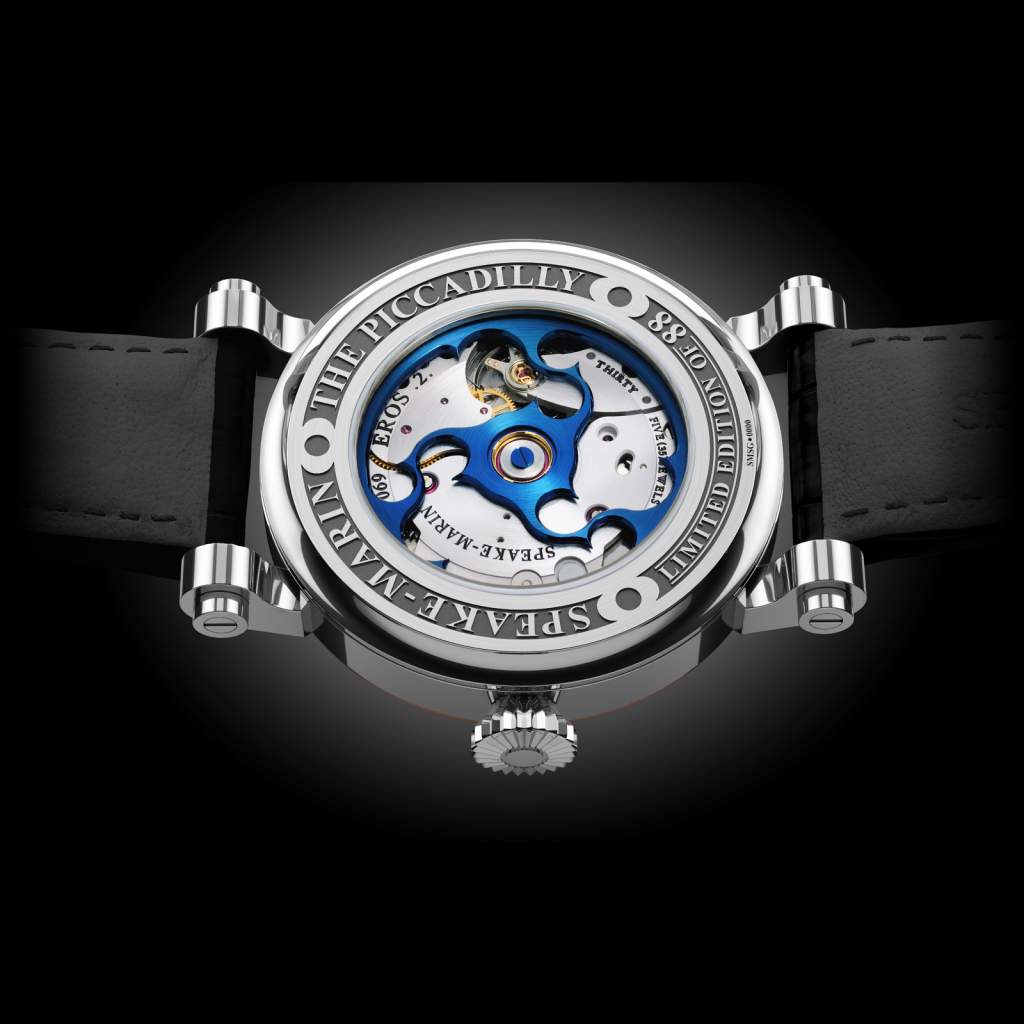 Triad is the first piece in Speake-­‐Marin’s Mechanical Art collection and features triple hour-­‐minute indications over a superb open dial, all set in a steel case crowned with a regal red gold bezel

Once might be lucky, twice a coincidence, but three times is a pattern. Three is a number heavy with symbolism and meaning; three encompasses beginning, middle and end; birth, life, and death; past, present and future.

Triad by Speake-Marin − the first piece in a new Mechanical Art collection − celebrates the number three with triple hour-minute indications over an open dial revealing the mechanical art within. Eye-catching, heat-blued Foundation-style hands pirouette in formation over gilded topping-tool-shaped wheels forming the points of an equilateral triangle around a smaller central topping-tool-shaped seconds wheel. The golden wheels stand out in stunning contrast against the hand-finished movement plate, which has been rhodium plated to provide a distinguished lustre. Indications and their mechanics are harmoniously framed by gold text around the perimeter of the dial and the 18k gold bezel.

Striking white, three-dimensional applied numbers mark the hours at the four Cardinal points of the dial: 3,6, 9 and 12.

In music, a Triad is a three-note chord. Three notes played simultaneously to provide a single sound rich in emotion, depth and meaning and this is exemplified by '3 NOTES 1 MEANING' written around the bottom right of the dial ring.

Turning Triad over, the opulent, esoteric symbolism of the dial side is balanced by the restrained monochrome technicality of the Eros 2 automatic winding movement. The silver and grey of the movement is punctuated in an explosion of colour by the bright blue mystery rotor in the form of Speake-Marin's iconic topping-tool motif. Naturally for a watch called Triad, the automatic winding rotor has three arms. Bold text around the perimeter of the case back is in three sections: Speake-Marin − The Piccadilly − Limited Edition of 88.

It is impossible to overstate the significance of the number 3 throughout history: All of the major religions place importance on 3; the Chinese believe 3 to be a perfect number; there are 3 primary colours (red, green and blue); in numerology 3 symbolises growth; in mathematics 3 is both the first Fermat prime and the first Mersenne prime; and the totality of human capability can be summarised by the triumvirate of Thought, Word or Deed.

Triad is a limited edition of 88 pieces in stainless steel with 18k red gold bezel.