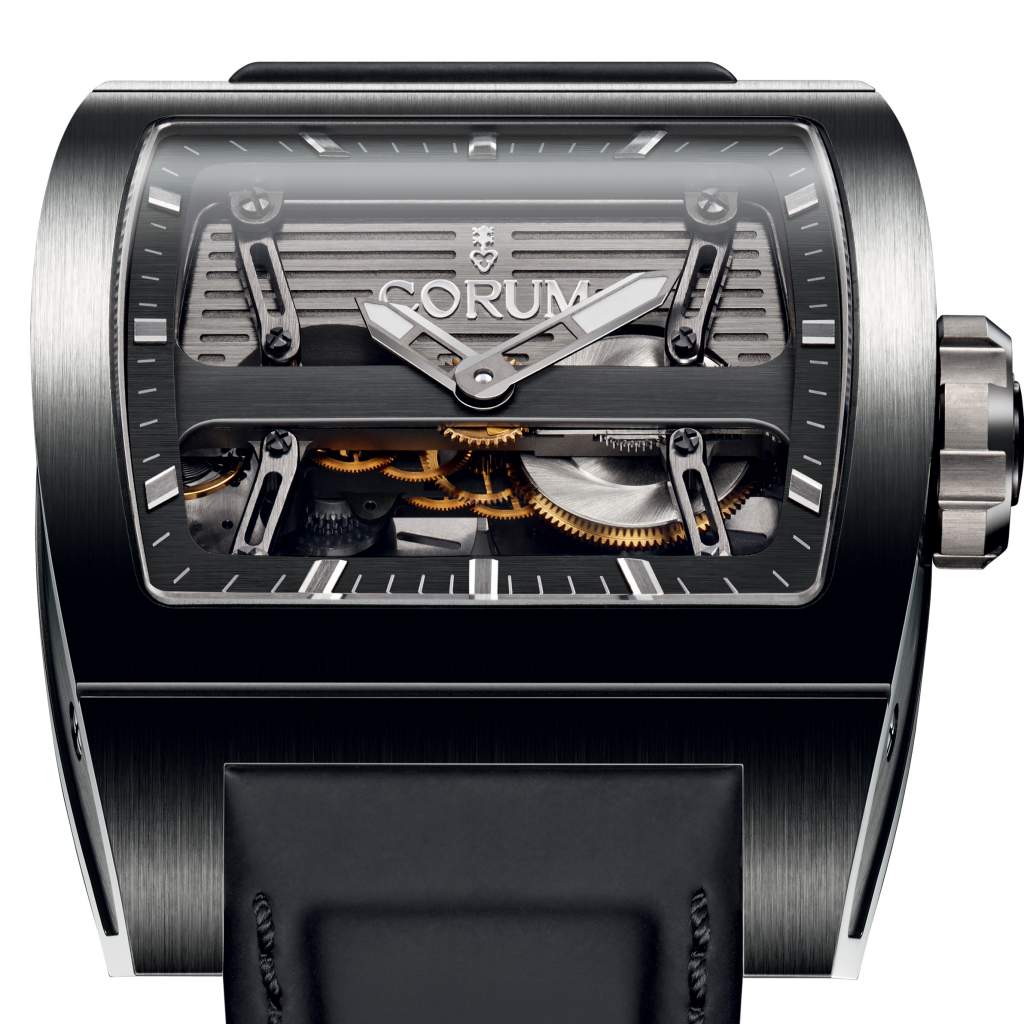 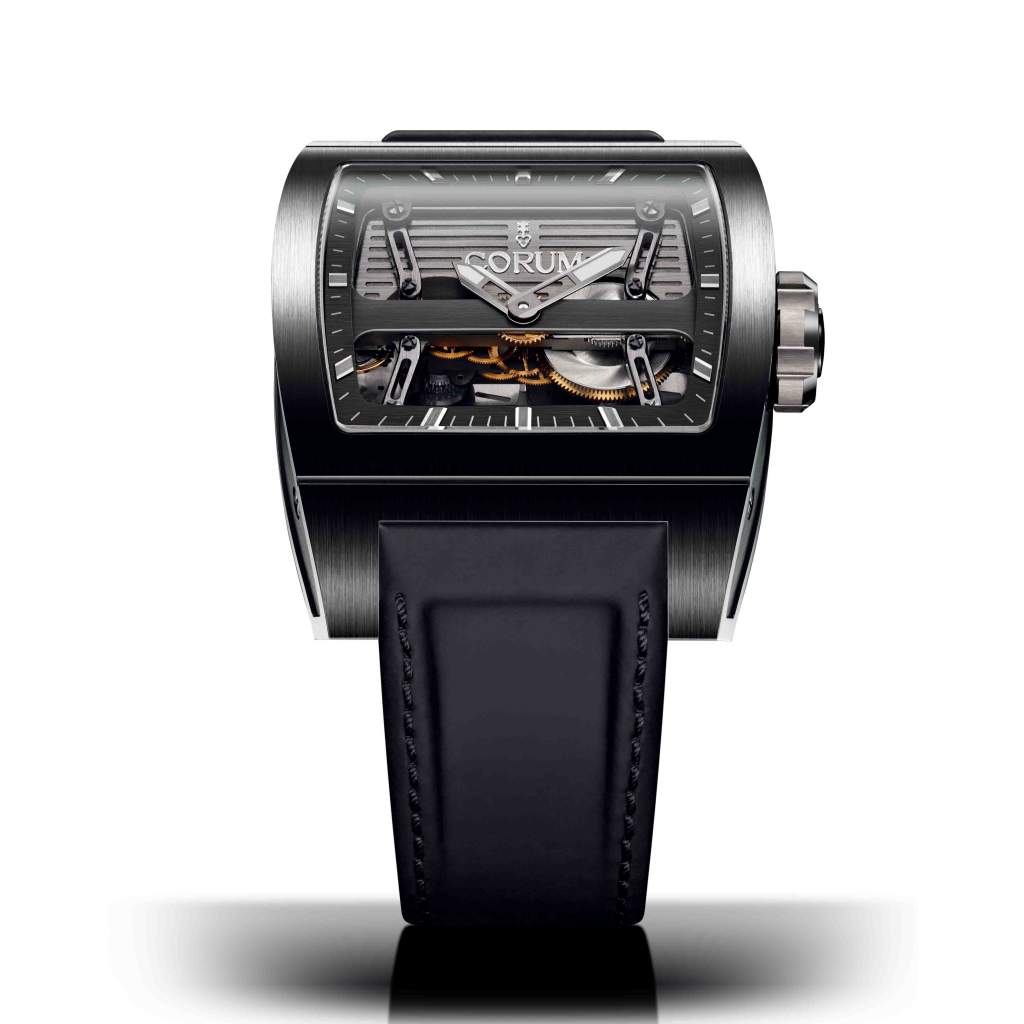 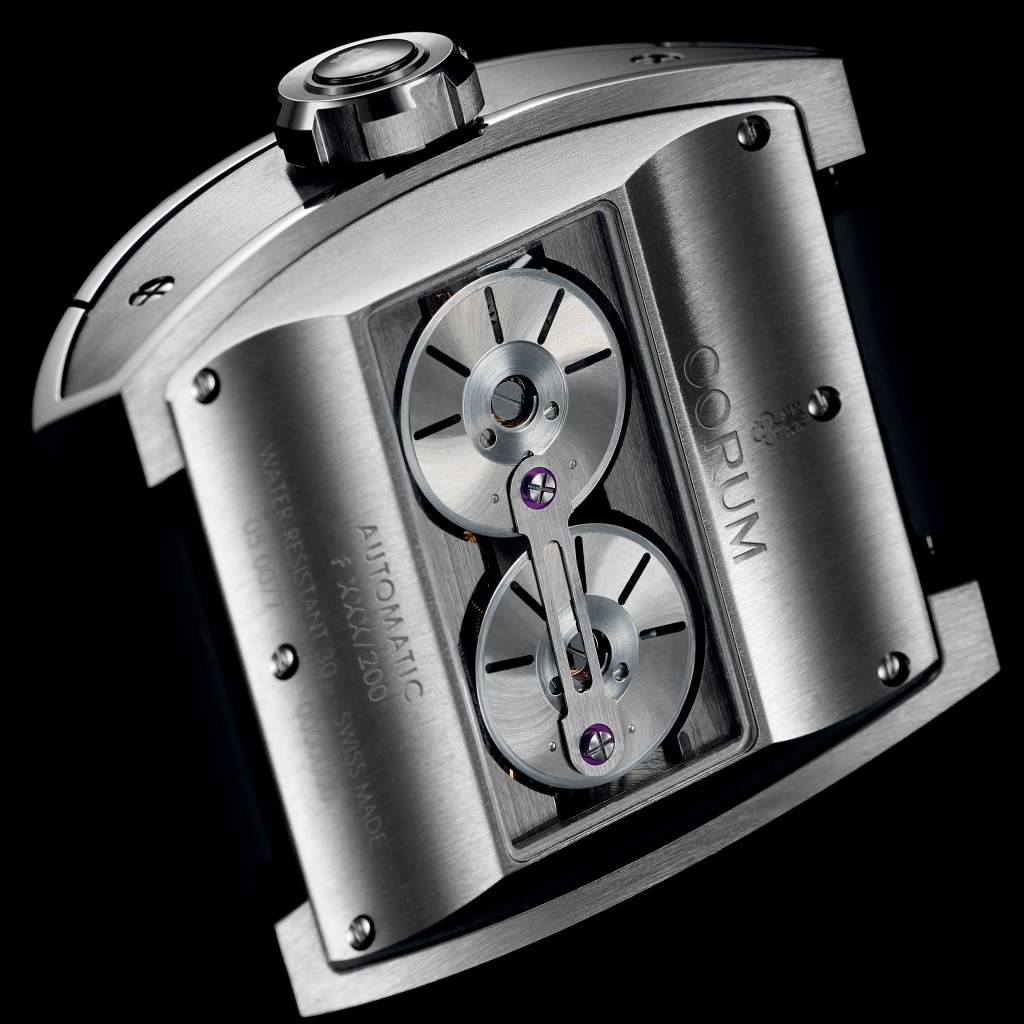 A world first for the new Ti-Bridge

The latest addition to the Bridges collection by Corum, the Ti-Bridge Automatic Dual Winder, heralds a new chapter in watchmaking history. Perfectly in tune with the collection’s linear architecture, the new Dual Winder system of the automatic CO 207 caliber – designed, developed and patented by Corum – derives its energy from two interconnected inline oscillating weights. A world first for this avant-garde timepiece.
A patented revolutionary winding system, a new Manufacture movement, a new titanium case and a structure reflecting the collection’s signature linear construction: the Ti-Bridge Automatic Dual Winder by Corum is a truly exceptional timepiece.
In designing and developing the first automatic watch within the Ti-Bridge line, the Corum master-watchmakers have remained entirely loyal to the fundamental principles that have guided the history of this collection: namely the horizontal linearity of both the case and the movement. To enrich the Ti-Bridge line with its first automatic caliber, the Corum movement constructors chose to develop an inline winding system. The patented Corum Dual Winder system features two inlinemounted circular oscillating weights, interconnected via a transmission arbor that makes them move in parallel, as if performing a perfectly choreographed ballet, whatever the rotation direction. Thanks to three integrated stacked mechanisms at 9 o’clock – a ball bearing device and two unidirectional ball bearings clutches – made in ceramics and thus requiring no lubrication – the winding is efficient in both directions of the oscillating weights’ rotations. Two steel disks top each of the oscillating weights, while two 1.32-gram tungsten semi-cylinders ensure smooth winding. A single barrel placed at 3 o’clock stores up the CO 207 caliber’s 72-hour power reserve.

True to the aesthetic of the Ti-Bridge line, the new CO 207 movement is held in the center of the case by four titanium cross-bars. The impression of a suspended mechanism is further accentuated by the line’s intrinsic transparency, framed by an anthracite grey dial.

Featuring the collection’s typical tonneau shape, the generous 42 x 52 mm case is slimmer than its predecessors and has a broad front opening revealing Caliber CO 207, as well as a rectangular rear aperture onto the rotating mechanism and its two unusual inline oscillating weights. Water-resistant to 30 meters and fitted with a domed sapphire crystal, the Ti-Bridge Automatic Dual Winder is available in grade 5 titanium – the only titanium alloy that can be polished – fitted with a rubber-type leather strap or a grade 5 titanium bracelet. The Ti-Bridge Automatic Dual Winder also comes in a 5N 18kt red gold.

With the launch of the first automatic watch in the Ti-Bridge line, powered by a patented movement with two interconnected inline oscillating weights – a world first – Corum reaffirms its capacity for constant technical innovation in nurturing the distinctive collections endowed with a powerful aesthetic that has become the unmistakable brand signature over the past decades.