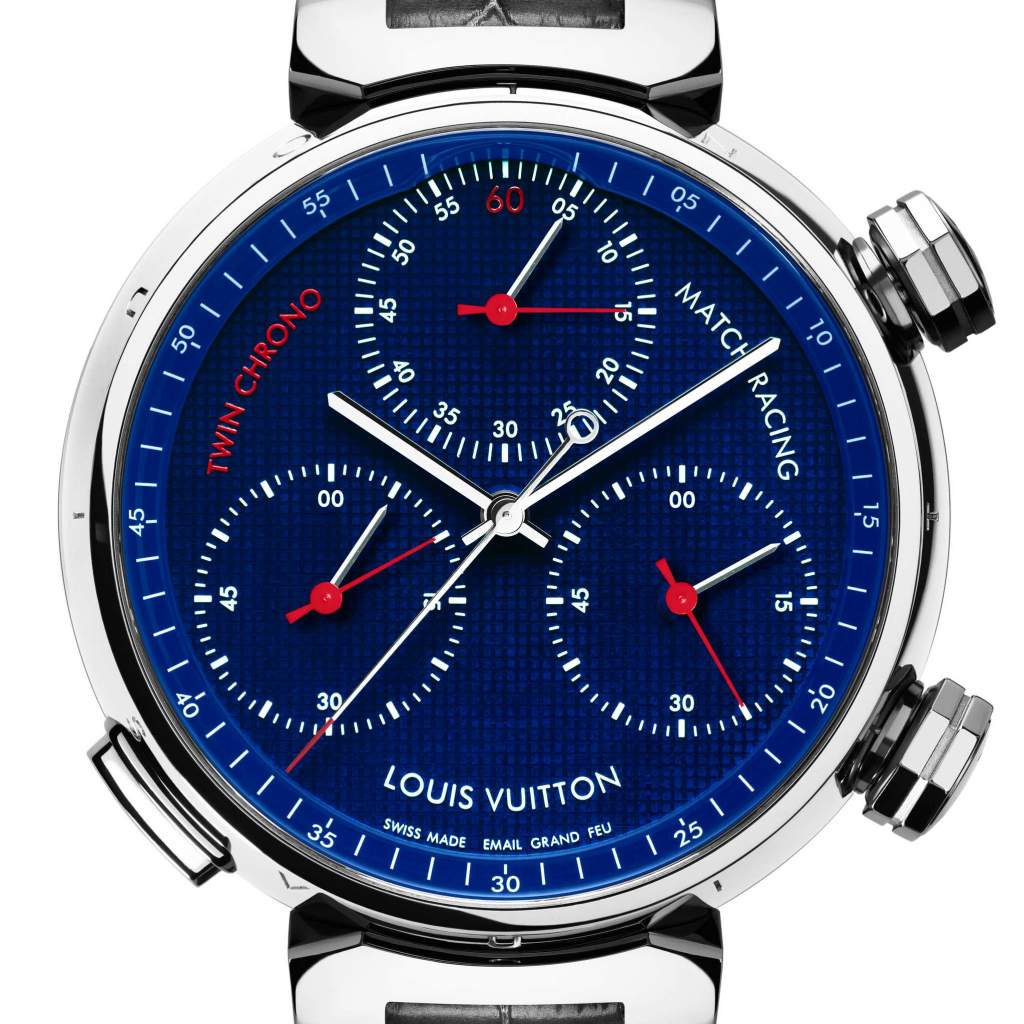 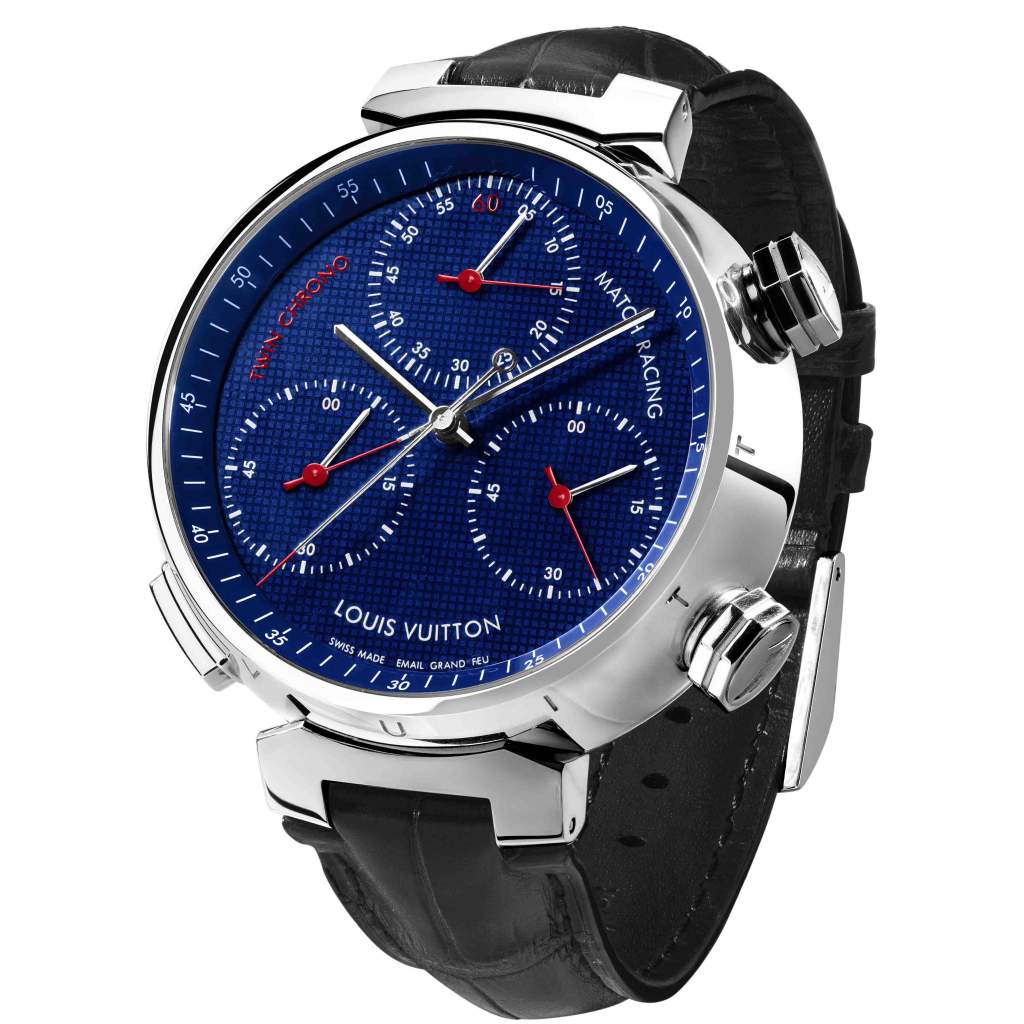 Louis Vuitton presents Tambour Twin Chrono, a watch with a unique complication that has been developed by La Fabrique du Temps Louis Vuitton: a single-push bi-chronograph with differential display.

A legendary competition
Match Racing is a competition where two boats go head to head, on equal terms, following a specific route where only strategy, determination and the skill of the crew count. The most renowned sailing competition that features match racing remains the America’s Cup, the most longstanding international sports trophy in history. Before any team can take on the Defender of this title, the Challenger must first win the Louis Vuitton Cup. On the occasion of the 30th Anniversary of the LV Cup, Louis Vuitton has created a watch equipped with an exclusive innovative calibre dedicated to Match Racing: the Tambour Twin Chrono.

A world premiere
A world premiere complication which has been registered for patent, this chronograph has the ability to simultaneously measure two distinct times and to display the difference between these two measured times - all at once on the same dial. This innovation has been created by the fine watchmaking workshop of La Fabrique du Temps Louis Vuitton Manufacture and is regarded as a significant milestone in the history of chronograph.

Perfect synchronisation
Its innovative character is based on the use of a movement composed of four different motors, three of which are exclusively dedicated to the bi-chronograph function. The biggest challenge is to ensure perfect synchronisation between these movements which can simultaneously or consecutively start and stop. Visible through a transparent case back, this ingenious mechanism required four years of development. The motors dedicated to the bi-chronograph function with hand-winding mechanical movement and are wound up using the crown at 4 o’clock (with a boat engraving). The motor dedicated to the display of hours and minutes is automatic; it is adjusted using the crown at 2 o’clock (with LV engraving).

A three-level column wheel
The LV175 Twin Chrono automatic Manufacture calibre is composed of 437 components, two of which play an essential role: the column wheels. The first wheel ensures the control of the minute hand and has a classic design. The second column wheel has a completely unique shape. Situated on the bridge side, it has three different levels which allow to start and stop each motor and to control the second-hands reset hammers.