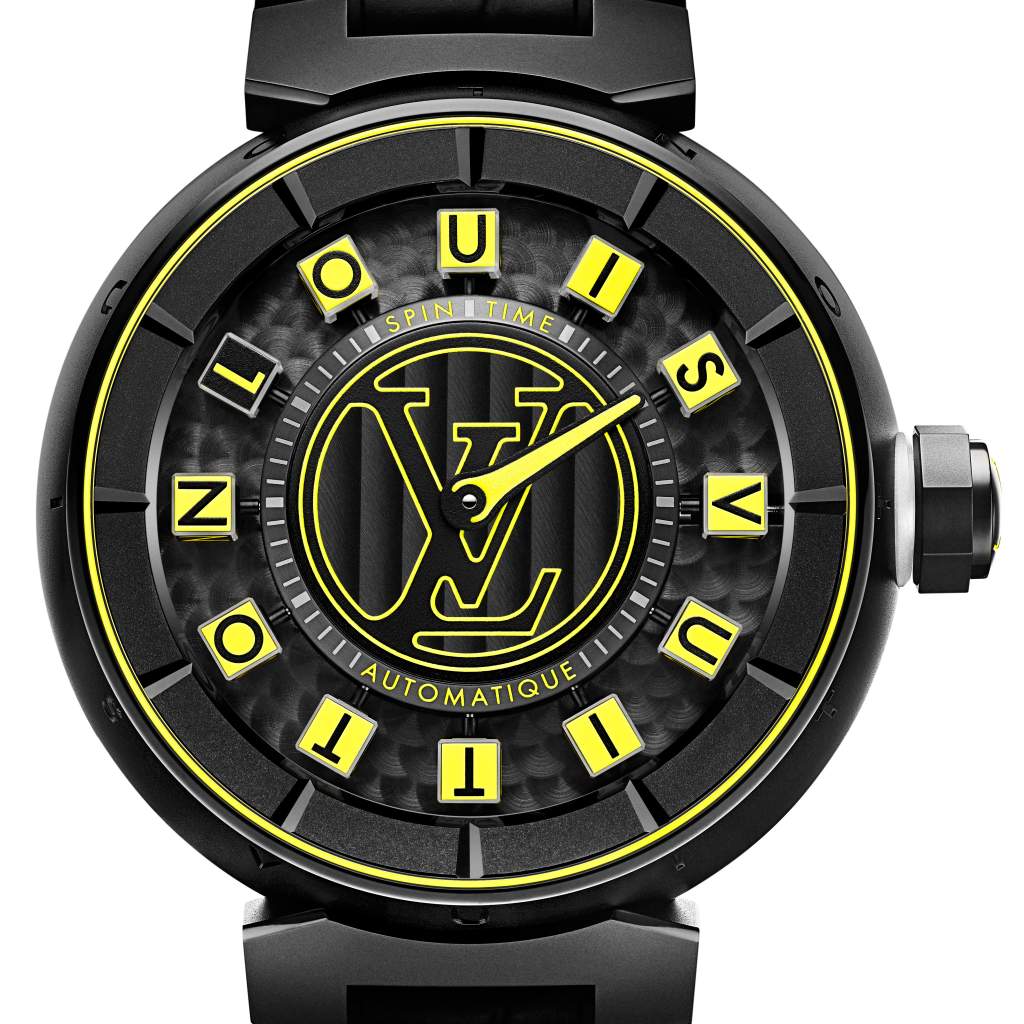 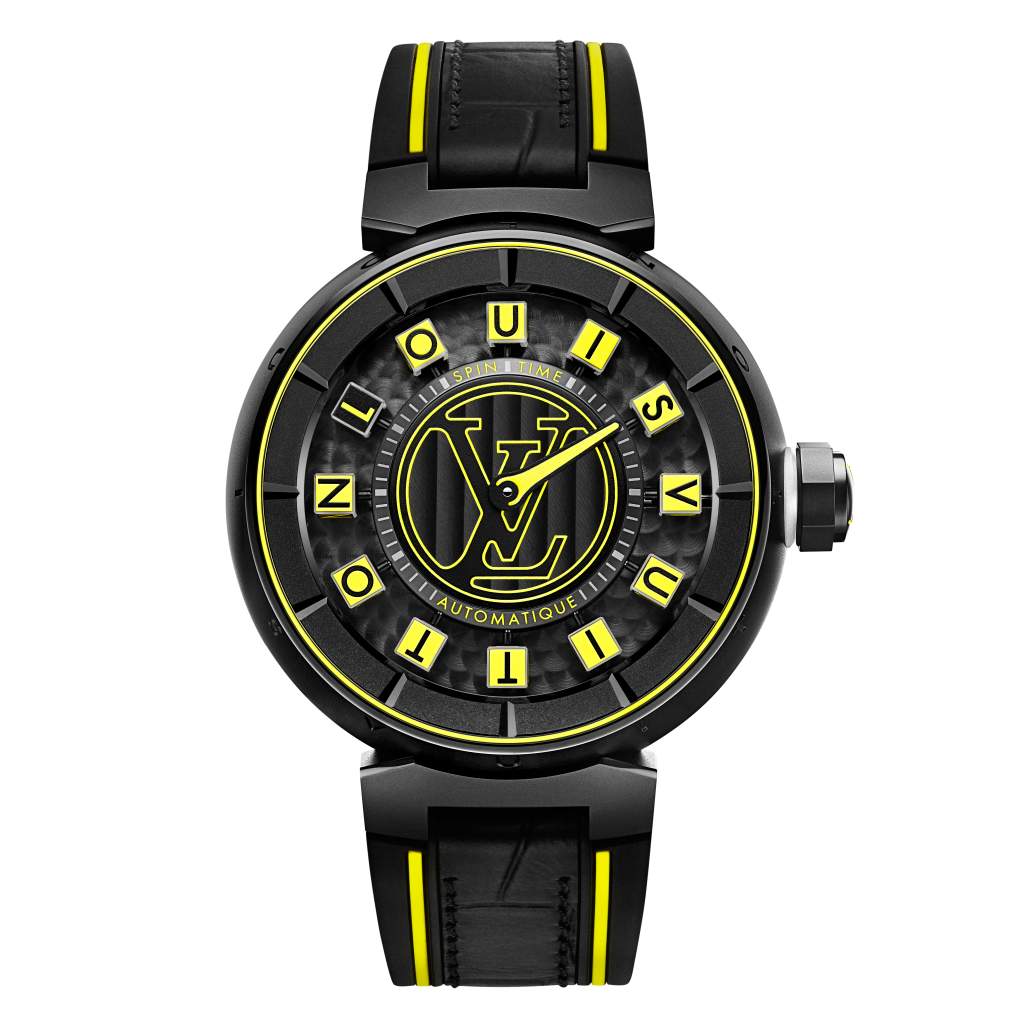 A Louis Vuitton watch icon since its creation in 2009, the Spin Time movement reinterprets the famous Jumping Hours complication, thus converting the traditional hour display into a three-dimensional movement. The Tambour Spin Time Air Quantum transforms the performance of the Spin Time movement and shakes up the codes of Haute Horlogerie. The cubes marking the hours light up on demand, adding a fourth dimension to the House's emblematic complication. Seeming to emanate from inside the cubes, the mysterious halo celebrates the exceptional creativity and audacity that characterize Louis Vuitton's watchmaking creations.

The contradictions to the laws of quantum physics and the fundamental knowledge of this discipline echo the inspiration around the Tambour Spin Time Air Quantum, a timepiece that transcends the conventional appearance of a watch. A Haute Horlogerie creation, this remarkable piece boldly reinvents the principles of a timepiece. The microelectronic components and the high complication movement form an element capable of capturing time and emitting light.

On the back of the case, the sapphire crystal enhanced with a metallic emblem reinterprets the Louis Vuitton Monogram in a version evoking a printed circuit.

The watch houses an exclusive LV68 caliber developed and assembled by La Fabrique du Temps Louis Vuitton in Geneva. The miniaturized movement seems to levitate in the case. It is entirely mechanical and functions identically to the traditional Spin Time Air movement. However, this new model features a major innovation: a simple press of the pusher integrated into the crown illuminates the rotating cubes, a feat accomplished by tiny LEDs. Positioned directly on the top face of each geometric shape, the diodes project a concentrated beam of light that appears to diffuse from within. This intense luminosity lasts as long as the button is pressed, and even three seconds after being released. The excellence of fine watchmaking combined with high technology.