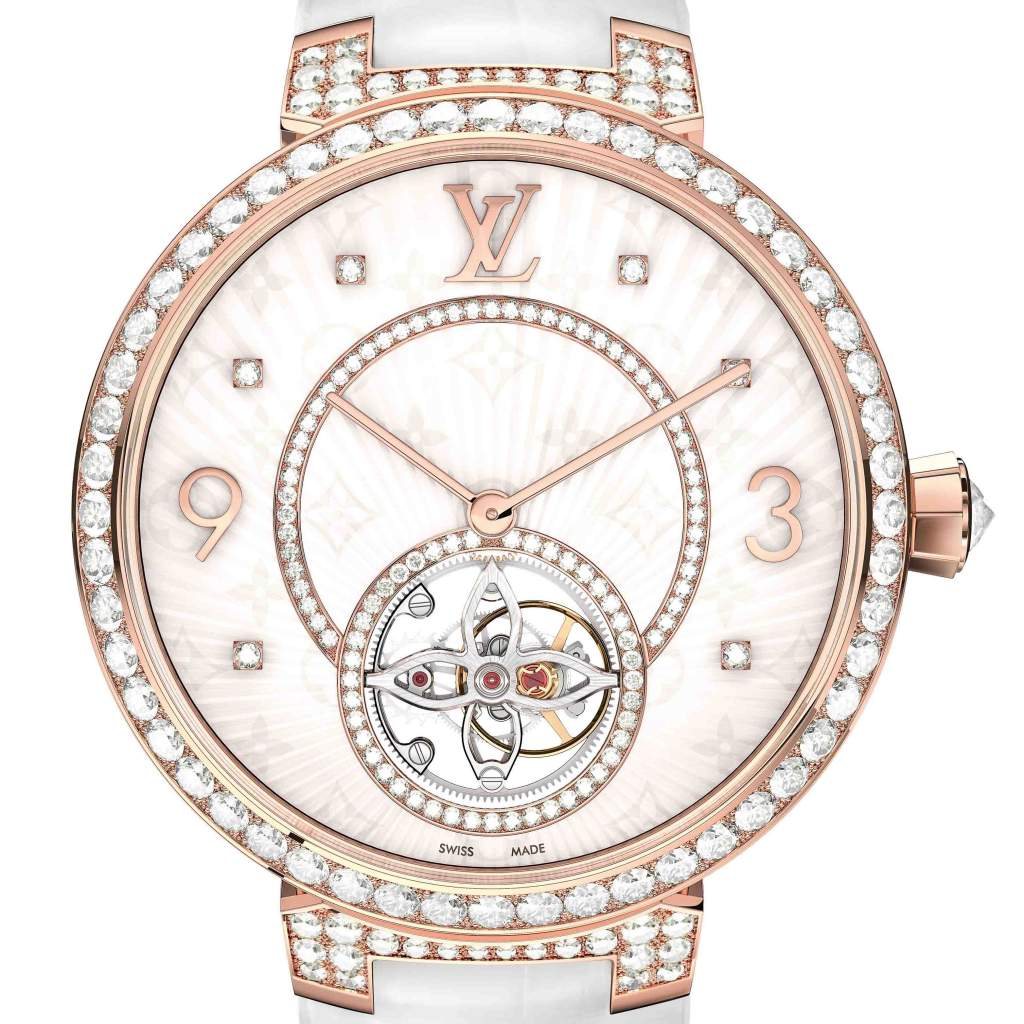 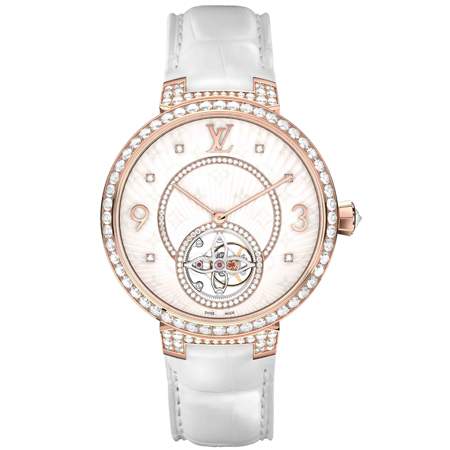 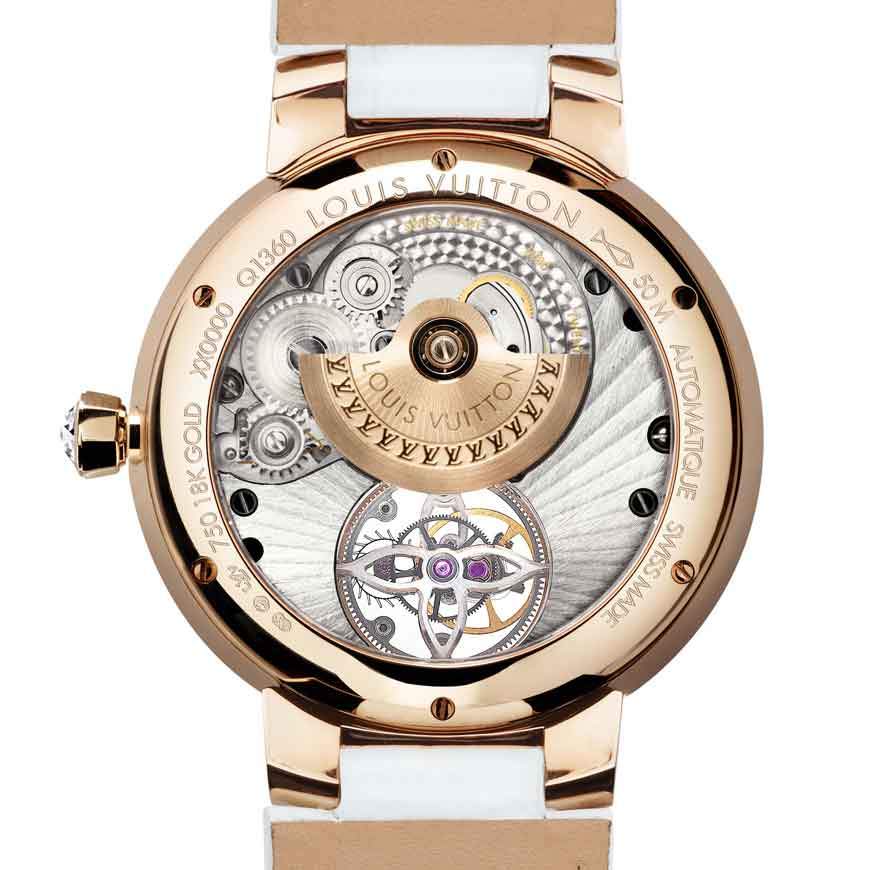 Following in the footsteps of the Tambour, Tambour Monogram establishes its uniqueness with a case which has been inverted and refined. Elegant and timeless, the character of the watchmaker’s savoir faire is shown through the automatic winding and Manufacture calibres. This exceptional piece is further enriched by the most illustrious of complications: the Tourbillon.

In steel or in pink gold, it lights up thanks to the sparkle of the diamond, and its case plays with the light through a sun-patterned traditional engraving and a subtle Monogram reflection. Tambour Monogram is available in seven references and in different sizes.

It is at the heart of the case that the tourbillon movement is to be found, the second tourbillon in the history of Louis Vuitton. This LV80 calibre movement beats at the rate of 28,800 vibrations/hour and boasts a 60-hour power reserve. Its point of difference is displayed in its automatic winding, unusual in the world of watchmaking for a tourbillon. Visible through a sapphire back, the LV80 calibre features a Côtes de Genève decoration, which echoes the sun pattern in keeping with the engraving on the dial, while the Lozine is engraved on the oscillating weight.

The engraved white mother-of-pearl dial is adorned with a delicate Monogram pattern and two circles set with diamonds, one of which, around the carriage visible at 6 o’clock, impressively highlights the one-minute rotation of the tourbillon around the bridge in the shape of the Monogram Flower.

A new shape
The proportions of the original Tambour have been inverted, the case is refined and the material is lighter to make room for a large dial.

The Tambour Monogram remains the heir to the Tambour thanks to the identity of the horns, the octagonal crown, the ardillon buckle and the mythical Monogram pattern.

Tambour Monogram is available in different sizes, from 28 to 38 mm diameter, and in steel or pink gold, set with diamonds.