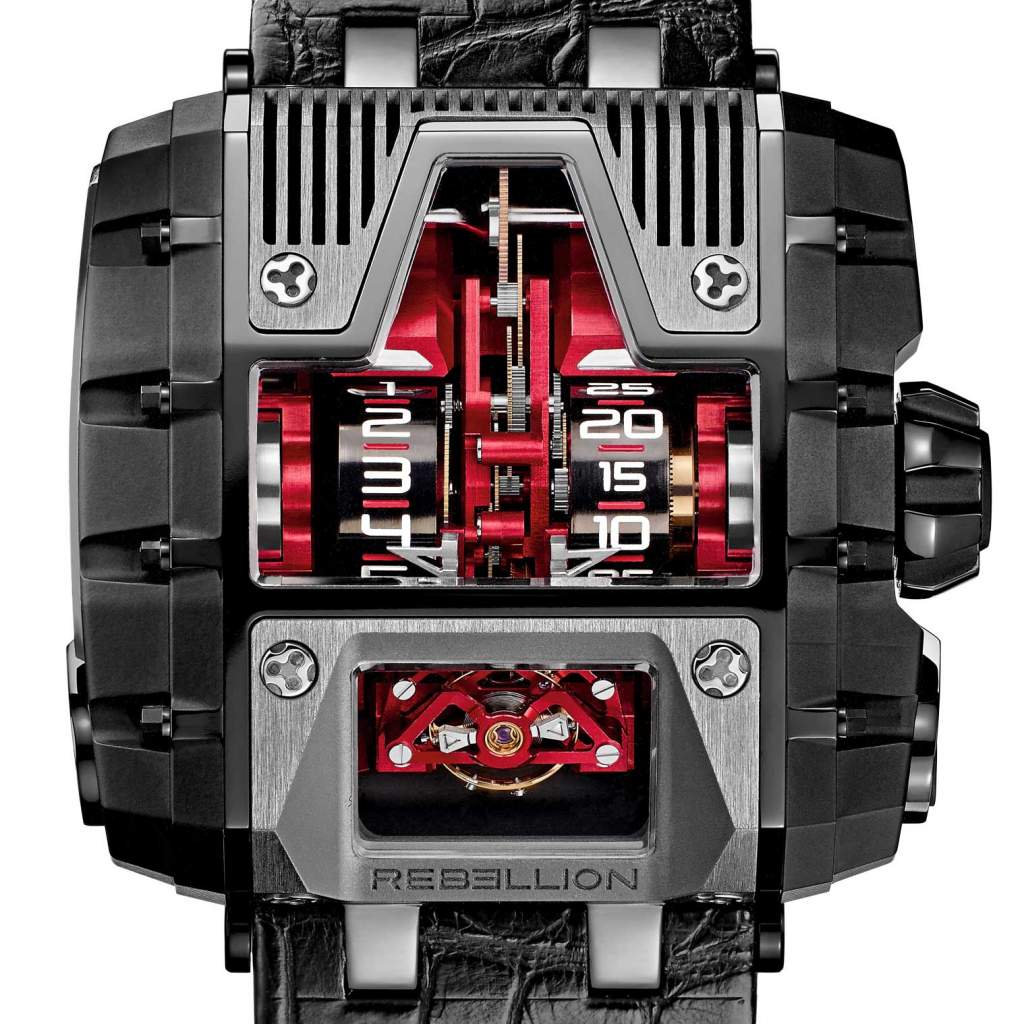 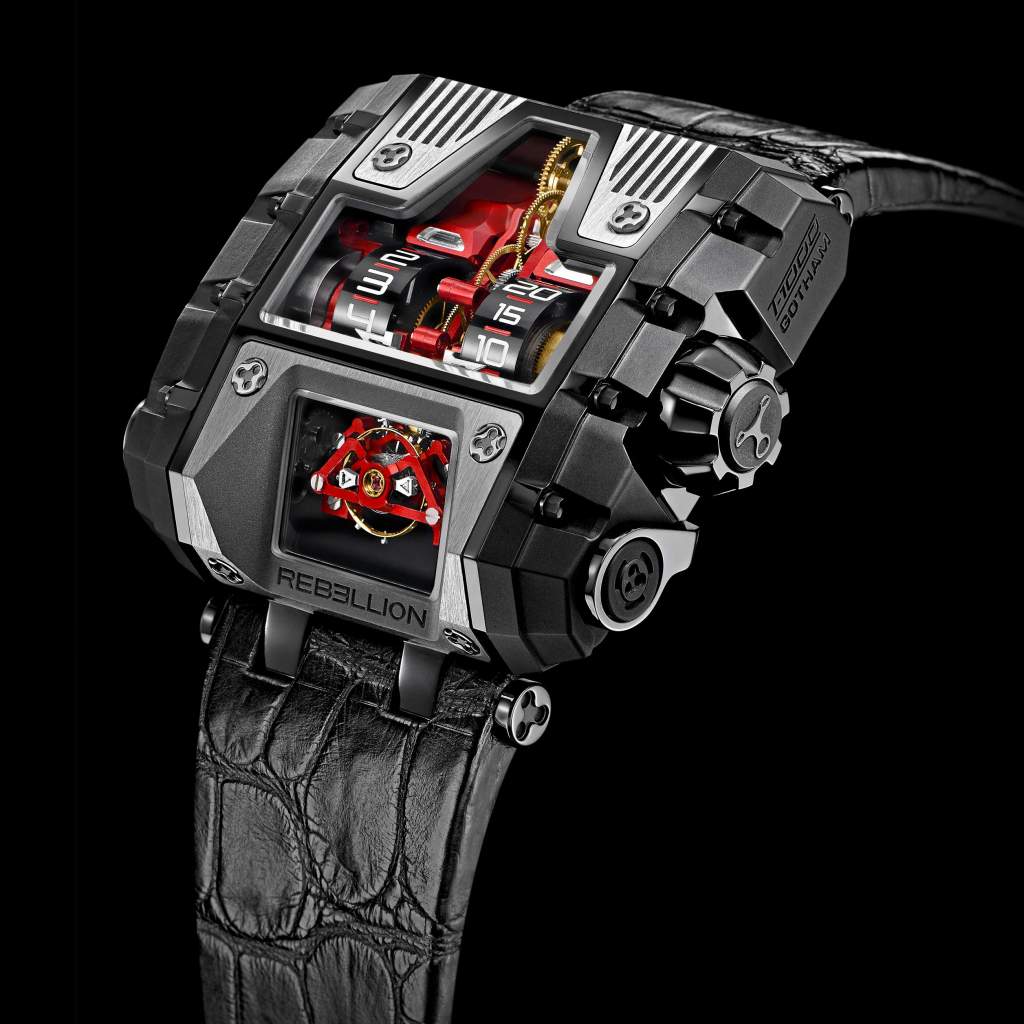 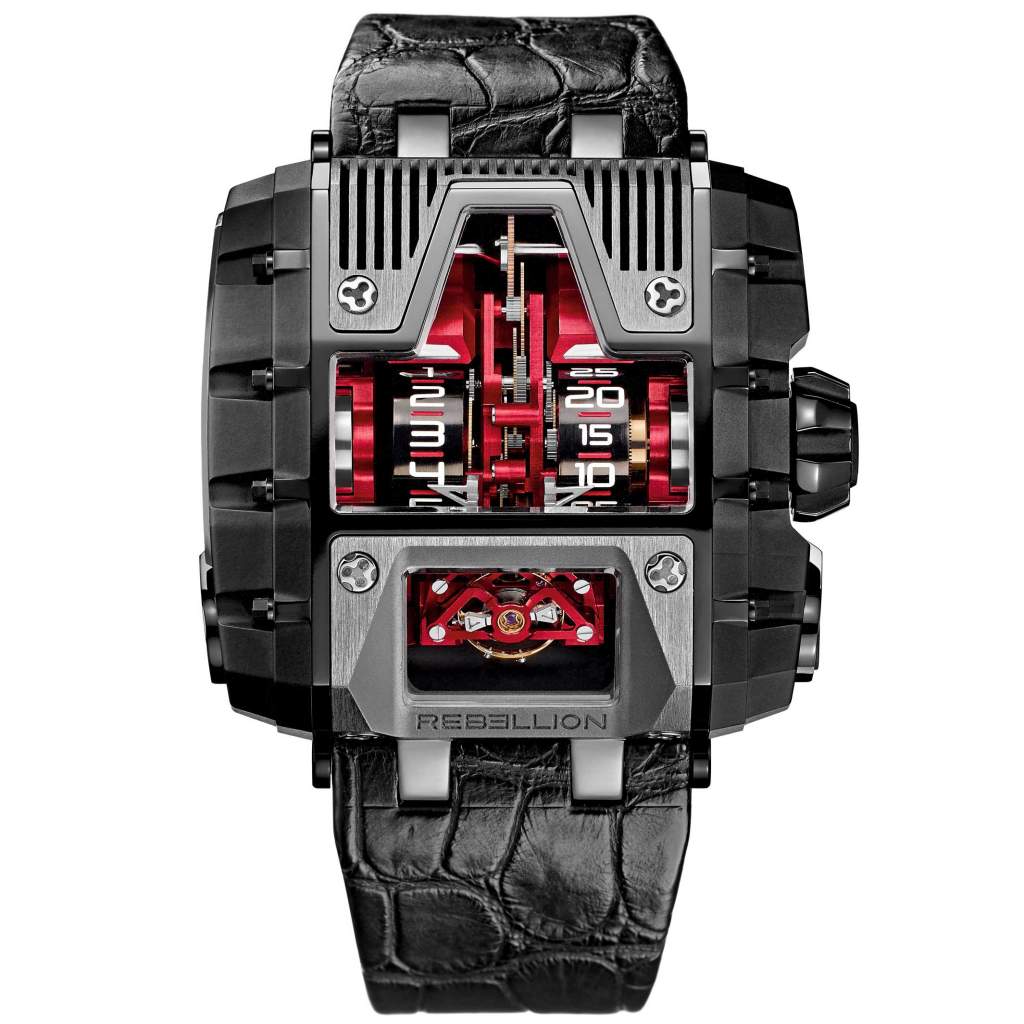 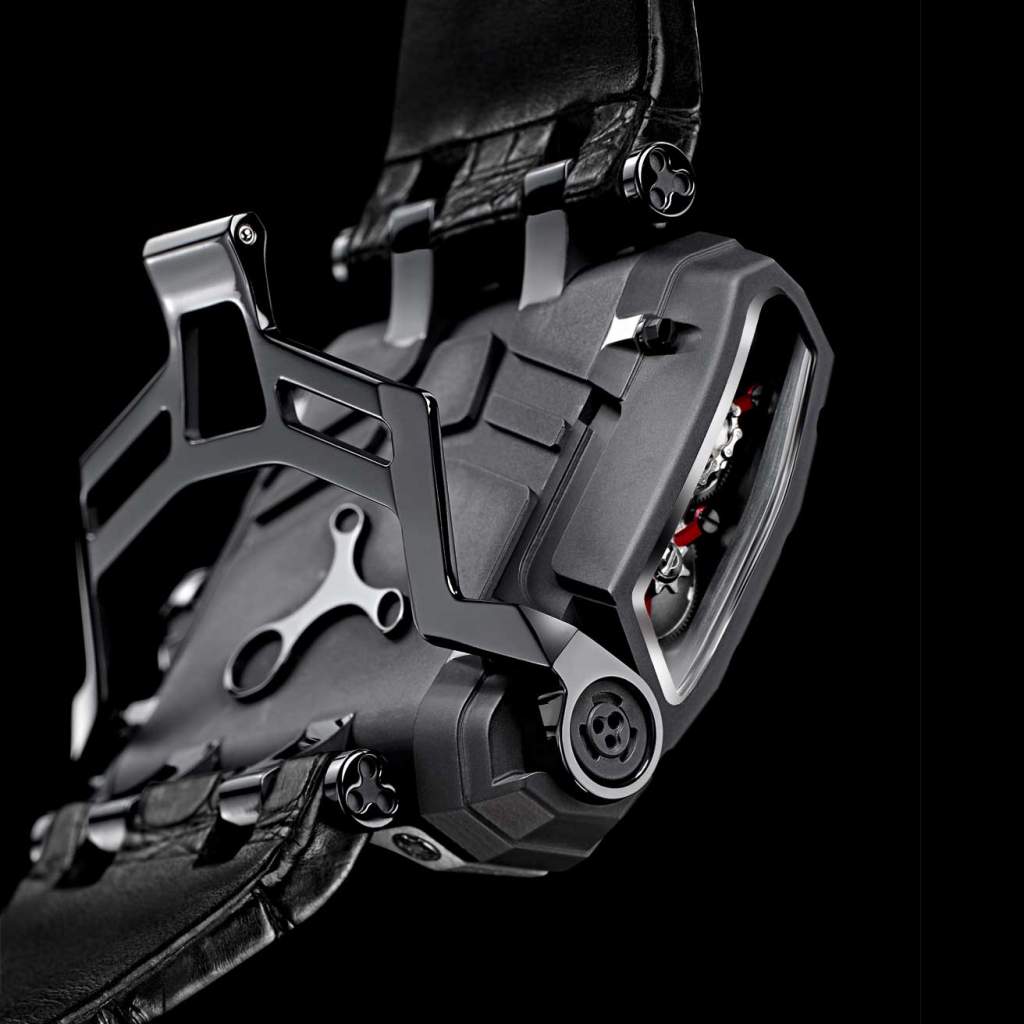 The T-1000 Gotham ‒ with a stamina of superhero proportions
Night has fallen on the city. The only sounds to cut through the incessant hiss of beating rain are a distant police siren, a sudden crack of thunder and the squeaking of rats scurrying along the gutter. It’s not just the grime and decay of the sinister streets that you can smell; the stench of crime and corruption fills the chilly night air just as sharply. There is a sense of foreboding. The end is nigh. Time feels like it’s running out….
But from the shadows, a dark crusader rises ‒ the T-1000 Gotham ‒ a brooding, enigmatic operator with a body so muscular, so imposing, the bad guys go running scared into the night; and with a stamina of such superhero proportions, it can keep on working day after day after day for an incredible 40 days before needing to be wound up again. The T-1000 Gotham is a tireless ‘time fighter’. With a mind-blowing power reserve of more than 1,000 hours, it doesn't just push back the boundaries of the possible ‒ it blows them away to create a whole new reality.
An amazing six ‒ yes, SIX ‒ mainspring barrels endow the T-1000 Gotham with what is the world’s largest power reserve ‒ this colossal energy is generated by an ingenious, over-sized winding lever cunningly integrated into the back of the robust case. The case, made from natural and/or blackened titanium, is tank-like in appearance. But this rugged, chiseled exterior belies the complexity of what’s housed within ‒ intricate mechanics more evocative of a high-performance sports car than an armored vehicle. The T-1000 Gotham is a limited edition of 25 pieces available in two different combinations of natural and blackened titanium, with a choice of black, gold, red, blue or purple movement.
REBELLION T-1000 GOTHAM IN DETAIL
Over 1,000 hours of energy = a true endurance machine No fewer than six mainspring barrels provide the T-1000 Gotham with its exceptional 1,000-hour power reserve ‒ the world’s largest. In a patented system of energy distribution, the six barrels are wound in parallel by two finely engineered chains, discharging in series (2 x 3) to optimize the torque and power to the regulator. The latter’s unconventional 39° inclined balance at 6 o’clock ‒ which maximizes timekeeping precision by minimizing flat and vertical positions ‒ can be seen oscillating through the sloping crystal at 6 o’clock.
Feel the power of the T-1000 Gotham The T-1000 Gotham’s incredible fuel storage capacity needs to be complemented by an equally impressive power generation system. And what a system it is. The over-sized winding lever enables approximately 10 times as much winding force to be applied than a normal winding mechanism.
Stealthily housed within the case back, the mask-shaped lever can be unclipped from between the lugs, and then lifted up and out, above the REBELLION logo emblazoned on the case back. Now primed for action, the lever provides a unique kinesthetic pleasure for the owner for whom the terms ‘fuel pump’ and ‘filling up the tank’ will take on a whole new meaning.
An engine that purrs sweetly ‒ a body that means business The innovative lever is neatly harnessed on either side of the case to robust plates, which are fixed to the chassis via sturdy hex-head bolts. Concealed behind these plates are the six mainspring barrels, three either side. Rebellion’s automotive pedigree ‒ the Rebellion Racing team won the 2012 FIA Endurance Trophy (LMP1 class) ‒ is evidenced by the patented time-setting clutch activated by a push button in the virile, grooved crown that makes setting the time as easy as shifting gears. The vertical, roller-borne hour and minute indications plus large portions of the eye-catching threedimensional movement ‒ available in a choice of black, gold, red, blue, purple ‒ stand out in all their glory through the upper, anti-reflective sapphire crystal. This T-shaped crystal is surrounded by a solid grill panel fixed by screws featuring the brand’s signature REBELLION logo screw heads, as is a second geometrically-angled panel towards 6 o’clock that affords a superb view of the balance wheel beating away ‒ as well as more of the movement ‒ through another sapphire crystal that slopes neatly with the balance’s incline.
Completing the T-1000 Gotham is the black alligator leather strap and REBELLION buckle featuring patented folding clasp with micrometric push button regulation.