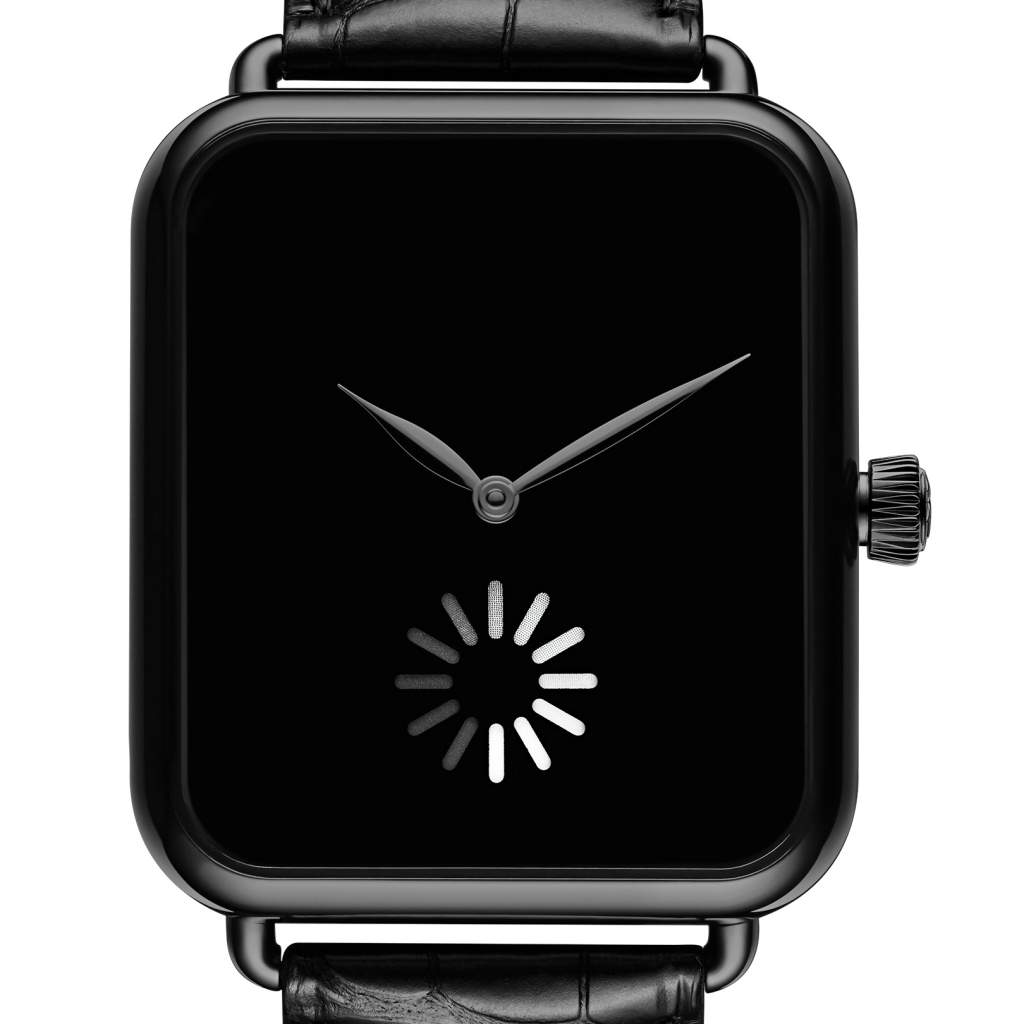 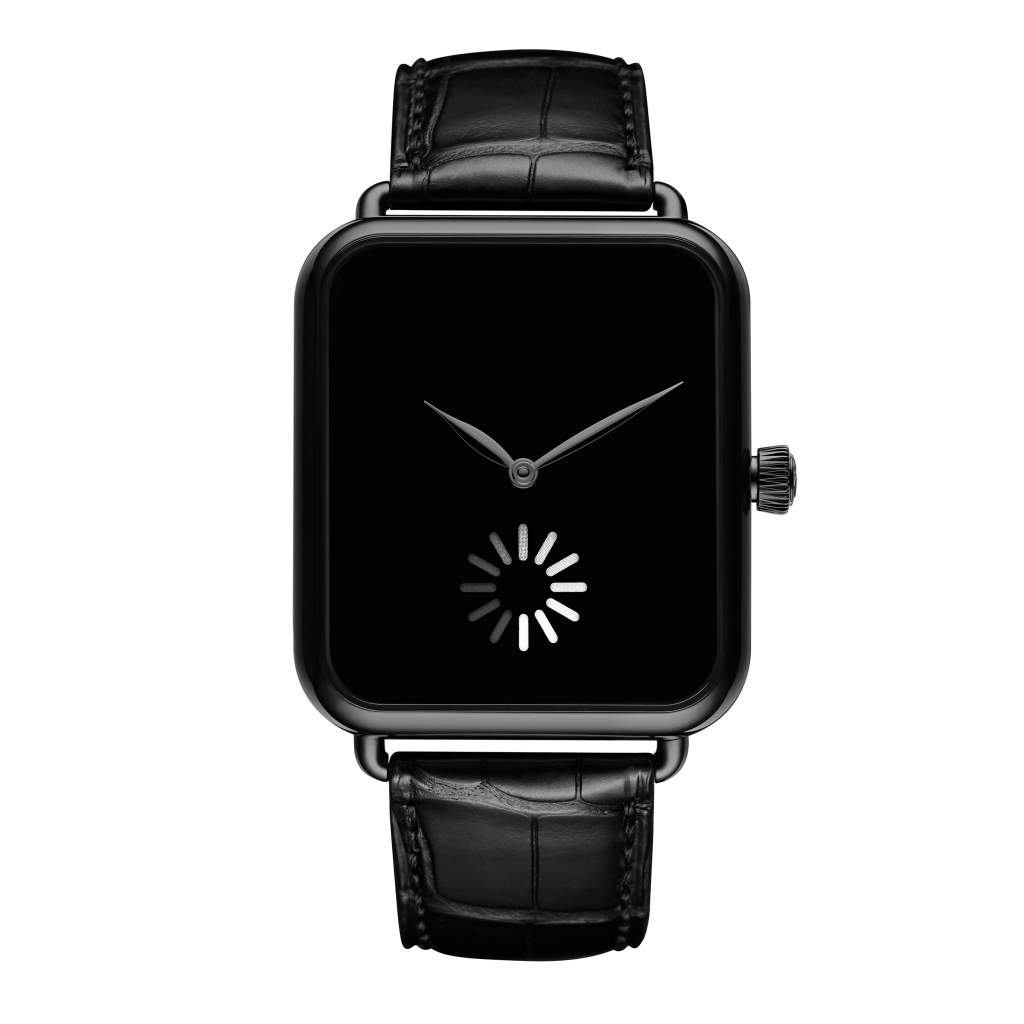 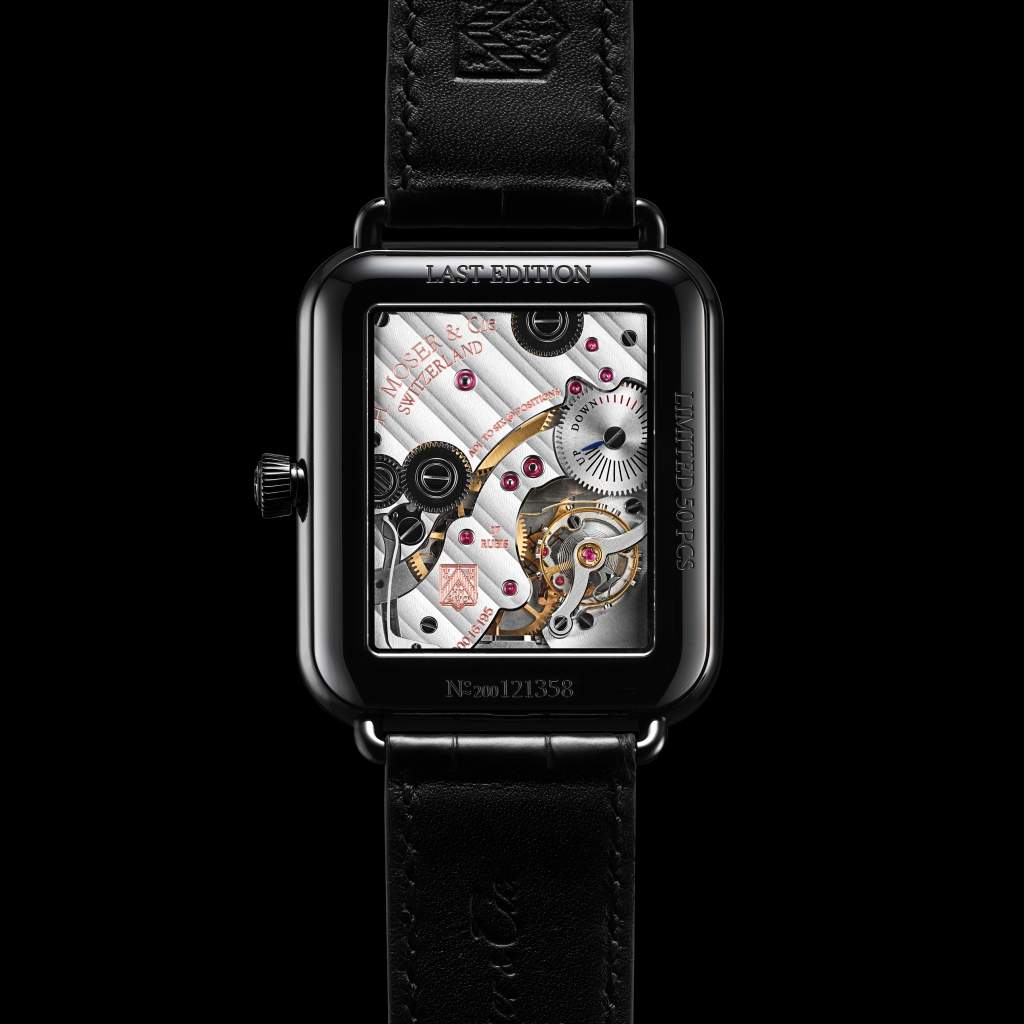 Launched in response to the emergence of connected watches and in order to express the need for a nearly two-hundred-year-old brand like H. Moser & Cie. to remain faithful to its values of tradition and mechanical Haute Horlogerie while exploring modern movements, the Swiss Alp Watch will take its final bow in the form of a singular creation. A one-of-a-kind conceptual piece, the Swiss Alp Watch Final Upgrade pays tribute to the codes of connected watches, incorporating refined Vantablack® technology with traditional, fine mechanical watchmaking.

Now, more than ever, is the time to reconnect. To ourselves, to those close to us, to what matters. Current events serve as a daily reminder that the virtual world will never outshine reality, that electronic devices will never replace people, and that technology must remain a means and not an end. On the strength of its convictions, H. Moser & Cie. wanted to mark the end of the Swiss Alp Watch collection with an extra special model: Similar to previous models from this line, the Swiss Alp Watch Final Upgrade is inspired by the modern design of smartwatches, yet it is completely mechanical. With its 100% Swiss Manufacture movement and a minimum power reserve of 96 hours, it is developed to last and is perfectly equipped for the next generation. Instead of downloading information, the Schaffhausen manufacture thinks it's time we recharged ourselves. A watch must remain an expression of emotion, make you dream and perform its main purpose: To display the time.

For this model, H. Moser & Cie. wanted to combine different elements that have contributed to its success over the past few years. An aesthetic inspired by smartwatches, it features a Vantablack® dial in its Concept version, with no logo or indices. Known to be the blackest material produced artificially, Vantablack® and the blackened hour and minute hands perfectly evoke the standby appearance of the watch. This notion is further reinforced by the offset small second at 6 o'clock, redesigned for the occasion as a shaded disc made up of openings. Evoking the constant passing of time, this symbol serves as a reminder that the here and now is all that matters.

H. Moser & Cie.’s own and unique take on Haute Horlogerie.