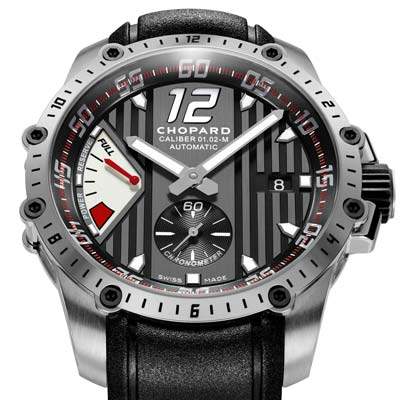 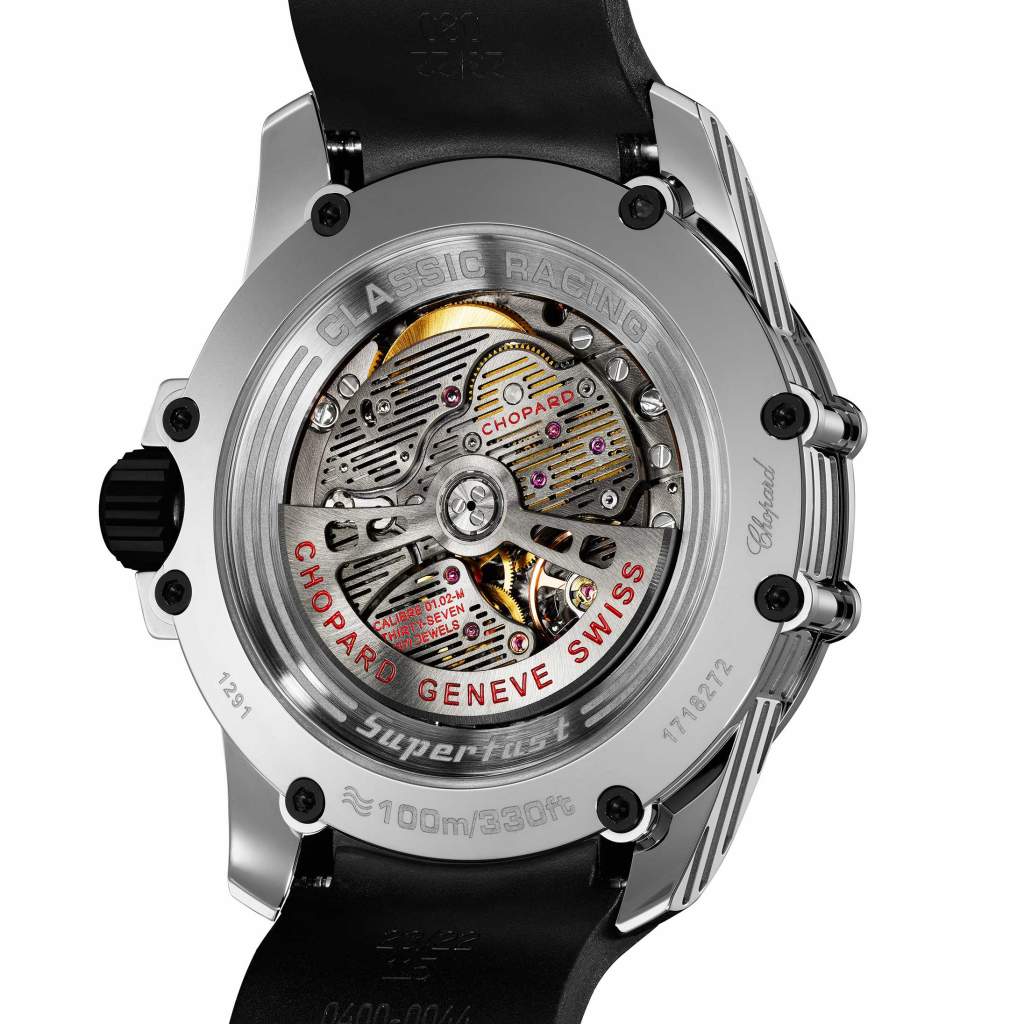 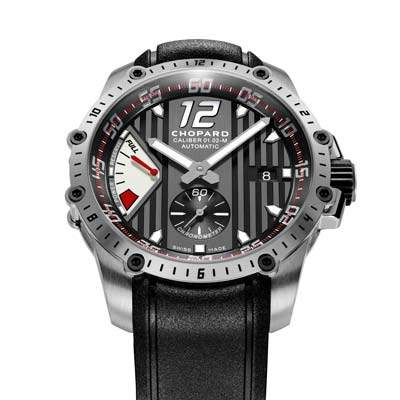 The Classic Racing collection, encompassing models inspired by the world of car racing, is now enriched with three superlative watches heralding a new era for Chopard. The Superfast Automatic, Superfast Power Control and Superfast Chrono are indeed the first watches in this iconic collection to be equipped with Chopard movements entirely designed, developed and assembled in-house, in the Fleurier Ebauches workshops.

Chopard is laying a new milestone in its rich history. The Classic Racing collection, which features timepieces paying tribute to the automobile world, is welcoming three new highly distinctive Superfast models. The sporty, sophisticated, powerful and imposing Superfast Automatic, Power Control and Chrono are all equipped with Chopard movements from the Fleurier Ebauche workshops. These three exceptional creations represent a further step along the path towards independence – an ideal deeply cherished by Chopard.
For many years, the House of Chopard has been a loyal partner of legendary classic car races, including the Grand Prix de Monaco Historique and the Mille Miglia – a rally covering 1,000 miles (1,600 km) running from Brescia to Rome and back. While the latter involves cars that have made their mark on their respective eras – such as Alfa-Romeo, Maserati, Porsche and Ferrari models; the former also attracts historical Formula 1 cars built before 1979, headlined by Brabham, Lotus and Williams models. The SuperFast collection now takes the world of precision watch-making to thrill-seeking sports-car drivers who are not afraid of power.
Sleek and imposing
Superfast models are generously sized while displaying bold lines and a resolutely virile design. Now equipped with a specially decorated in-house movement, they are intended for devotees of fine watchmaking capable of taming the inevitable feeling of power they procure. These three new Superfast models carry a number of references to the world of competitive car racing, starting with the dial of each, displaying silver brushed vertical lines against a black background evoking the cooling fins found on air-cooled racing engines. On the inner bezel ring of the new Superfast watches, the minute numerals adopt the appearance of the markers that adorn sports-car rev-counters and speedometers. The hour, minute and seconds counters provide the legibility required in tense situations.

Equipped with a steel folding clasp, the natural rubber strap carries the smooth tread of the slick tyres immediately identifiable with high-speed track motor racing. A multitude of other elements – such as the Classic Racing collection’s steering wheel logo on the rubber-moulded gold crown, the grooves engraved on the sides of the lugs – continuing the SuperFast’s cooling-fin theme, rubber-coated pushers for better grip, as well as the Allen screws on the bezel inspired by those on car-wheel rims – all refer to the world of auto racing.

Openworked bridges for original finishing
Even the movements have been specially prepared. All the bridges are openworked with thin parallel lines in the style of cooling vents on sports cars – an unusual finish which allows the inner workings of the movement to be tirelessly admired through the transparent case-back.

Displaying hours, minutes and seconds, as well as the date through a window at 6 o’clock, the new Superfast Automatic is equipped with self-winding Chopard Calibre 01.01-M, a movement entirely designed, developed and produced in Chopard’s Fleurier Ebauches workshops. This calibre is chronometer-certified by the COSC and has a comfortable 60-hour power reserve. Its 41 mm-diameter case in steel is water-resistant to 100 metres.

Another variation on this exceptional movement also drives the Superfast Power Control model. This evolved version named Chopard Calibre 01.02-M offers a range of functions comprising hours, minutes, small seconds at 6 o’clock, the date through a window at 3 o’clock, and a power-reserve indicator in a sector-type display at 9 o’clock. The even more imposing steel case boasts a generous 45 mm diameter.

Equally powerful and equipped with a 45 mm-diameter case, the Superfast Chrono houses Chopard Calibre 03.05-M, a mechanical self-winding movement powering hours, minutes, small seconds at 6 o’clock, a window-type date display between 4 and 5 o’clock, a tachymeter scale engraved on the bezel, and a chronograph with sweep seconds hand, minute counter at 3 o’clock and hour counter at 9 o’clock.

A further step towards independence
These Chopard movements, which for the first time equip models in the Classic Racing collection, are produced in the Fleurier Ebauches workshops. This company was founded by Chopard in July 2008 in Fleurier, in the Val-de-Travers region (Canton Neuchâtel) in order to produce in-house movements for Chopard. Several months earlier, in December 2008, Chopard had acquired a 6,000 m2 plot of land that already housed an industrial building with a 5,100m2 production surface area. Entirely renovated and equipped with state-of-the-art machinery, the new company premises were inaugurated in February 2009.

Endowed with an annual production capacity of 5,000 movements in 2012 (a figure that is expected to rise to 15,000 movements/year by 2015), Fleurier Ebauches expresses the determination of Chopard co-president Karl-Friedrich Scheufele to strengthen the group’s vertical integration in order to ensure its long-term independence, while also increasing production. In 1996, the group had already created Chopard Manufacture, a company located near Fleurier Ebauches and which represents the Haute Horlogerie division dedicated to developing, producing and assembling L.U.C calibres. The Chopard Group currently employs around 160 people in Fleurier, exercising 15 or so different professions.