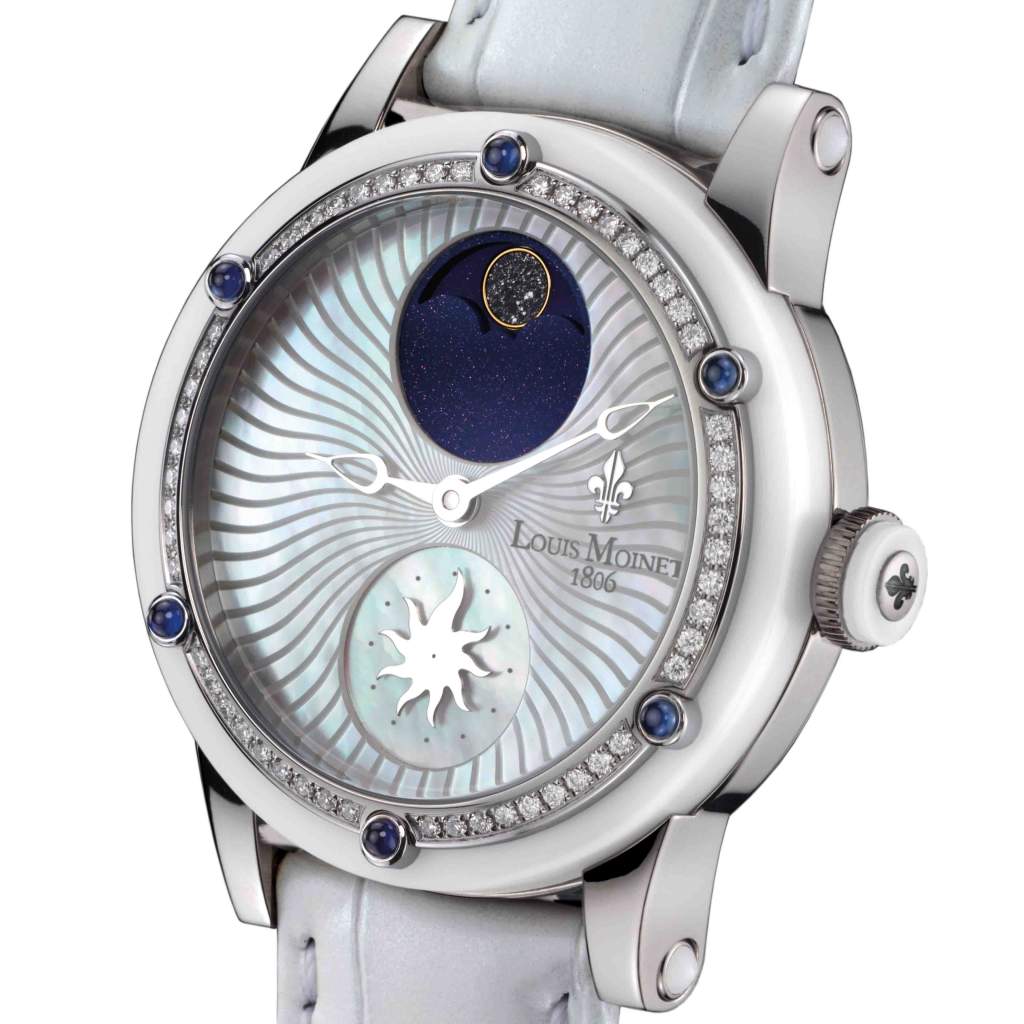 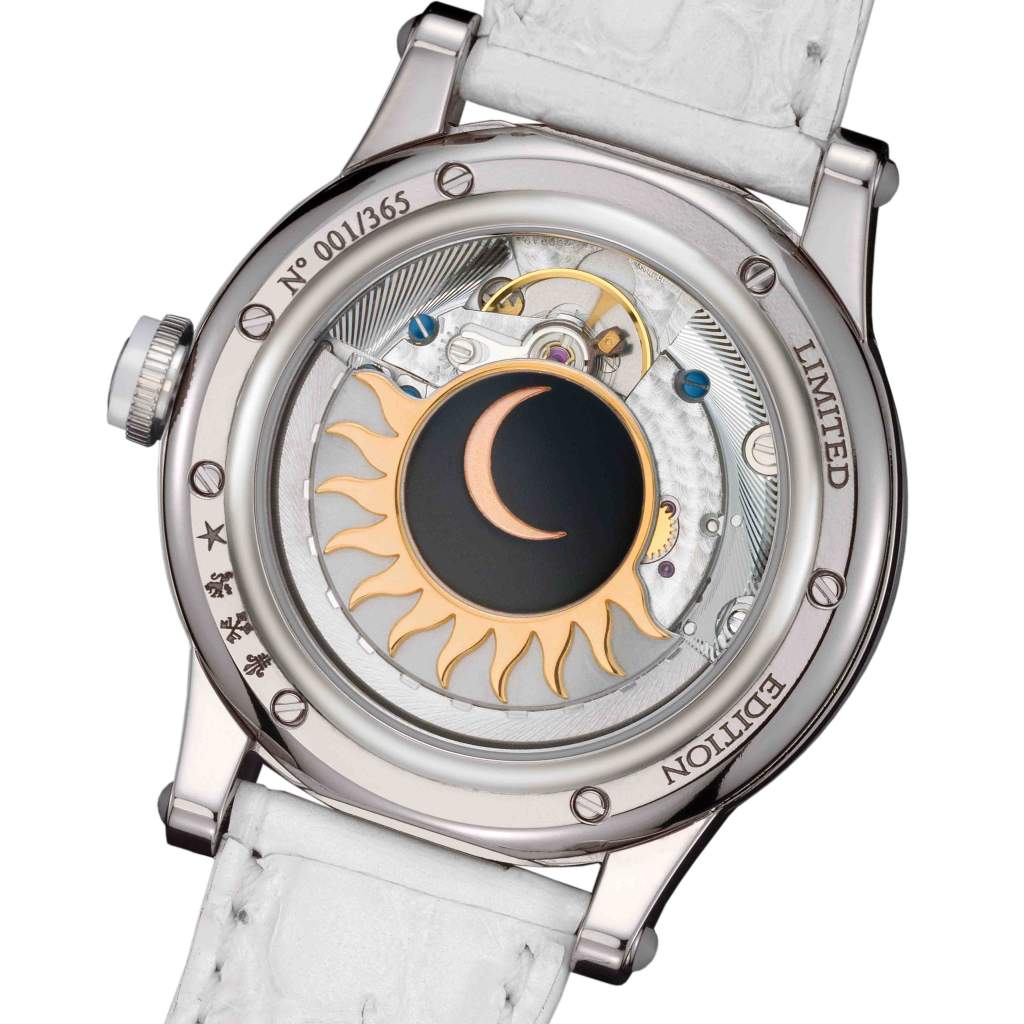 STARDANCE, the world’s only watch with interstellar diamonds...
“STARDANCE” is a mechanical self-winding ladies’ watch. It is spectacularly distinguished by its exclusive interstellar diamonds, contained in the Enstatite EH3 meteorite. Fragments of this meteorite are finely cut out and crafted in order to depict the moon phases.

STARDANCE, the magic of the stars
“STARDANCE” is a ladies’ watch inspired by the interstellar world. Its mother-of-pearl dial presents the two universes of the day and night. The night is evoked by the splendid moon phase, in which the moon is adorned with a fine slice of Enstatite EH3 meteorite, containing interstellar diamonds. The cosmos is depicted in aventurine, creating a decidedly sidereal overall effect.
Alternating with the nocturnal world is that of daytime, represented by a running seconds display shaped like a sun of which the longest ray indicates the seconds.
The Louis Moinet signature characteristics are to be found in the hands with their “Gouttes de Rosée”® (dewdrop) design, as well as the mother-of-pearl dial adorned with “Côtes du Jura”®.
The standout feature of the Louis Moinet case is its upper bezel set with 6 cabochon-cut sapphires. The bezel itself is set with 54 VVS Top Wesselton diamonds. The case is made of avant-garde materials, meaning grade 5 polished titanium as well as white ceramics.
The self-winding movement was developed and crafted by Louis Moinet and Concepto. 49 parts were required to create this exclusive additional mechanism complementing an existing calibre. The rotor combines two universes: that of the night is shown by a disc adorned with a gold-toned moon; while the rays of the sun are portrayed by a special polished and slightly cabochon-shaped part added to the rotor in order to highlight its oscillations.

Diamonds from the sky…
The interstellar diamonds contained in the Enstatite EH3 meteorite were formed beyond our solar system well before its estimated birth 4.55 billion years ago. These diamonds, also known as nano-diamonds, were born among interstellar clouds during the explosion of a giant star. The terrible blast waves provoked by this explosion transformed the carbon surrounding the star into diamonds. A rare number of meteorites have “captured” and incorporated these interstellar diamonds. The Enstatite EH3 used by Louis Moinet is one of the rare listed meteorites containing these exceptional nano-diamonds.
About meteorites and interstellar diamonds
Meteorites are a truly heaven-sent gift for researchers, since they help understand the origin and history of our solar system. They are the oldest dated rocks, and their age corresponds to that of the formation of the Earth, put at approximately 4.55 billion years ago.

Diamonds generally originate in the cavernous depths of our planet Earth. Cosmo-chemists have nonetheless discovered that diamonds identified in certain meteorites come from the frozen depths of the “intersidereal” void. These diamonds from another time and place are called nano-diamonds, and are thus in fact star dust. These diamonds were formed somewhere in our galaxy, inside the gaseous envelope surrounding one or several remote stars. These microscopic diamonds were then incorporated into meteorites when our solar system was formed. The journey of these nano-diamonds from the far distant stars to the wrist is indeed a truly amazing story!