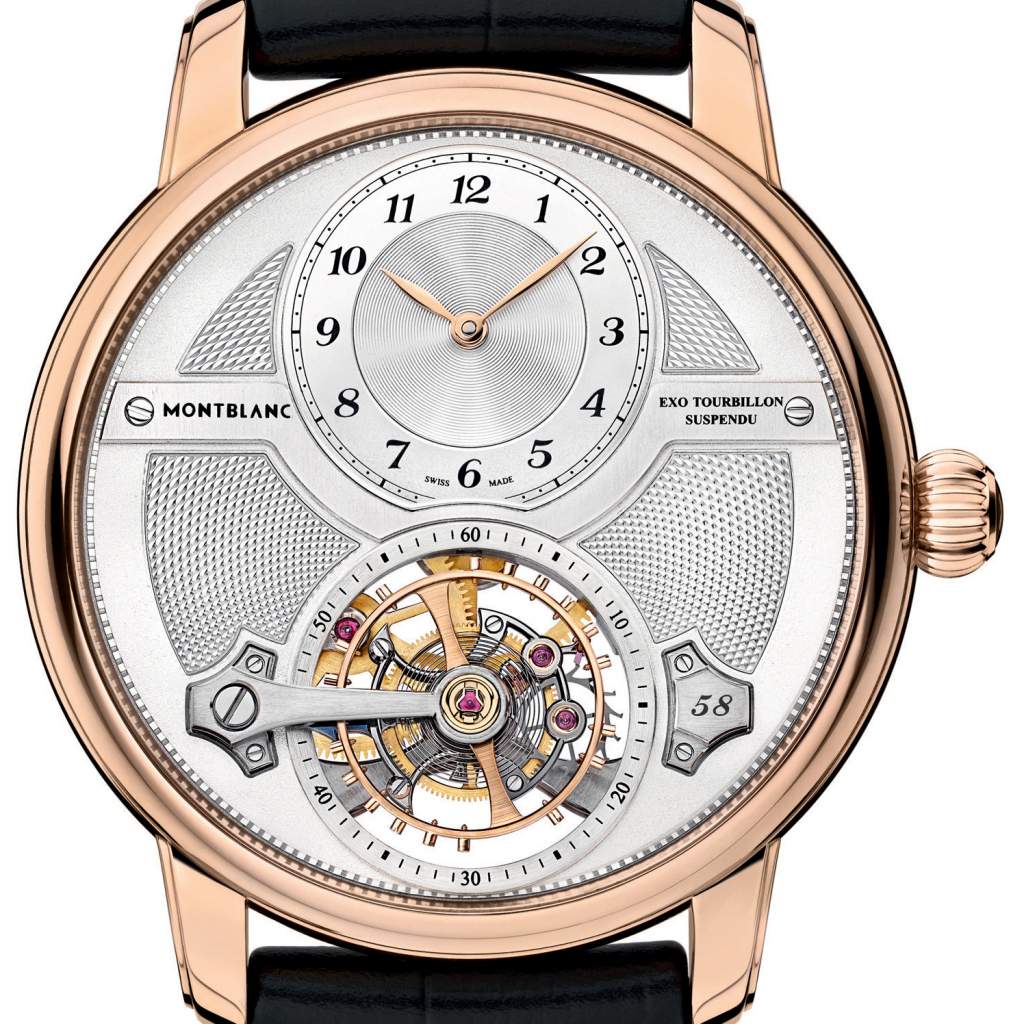 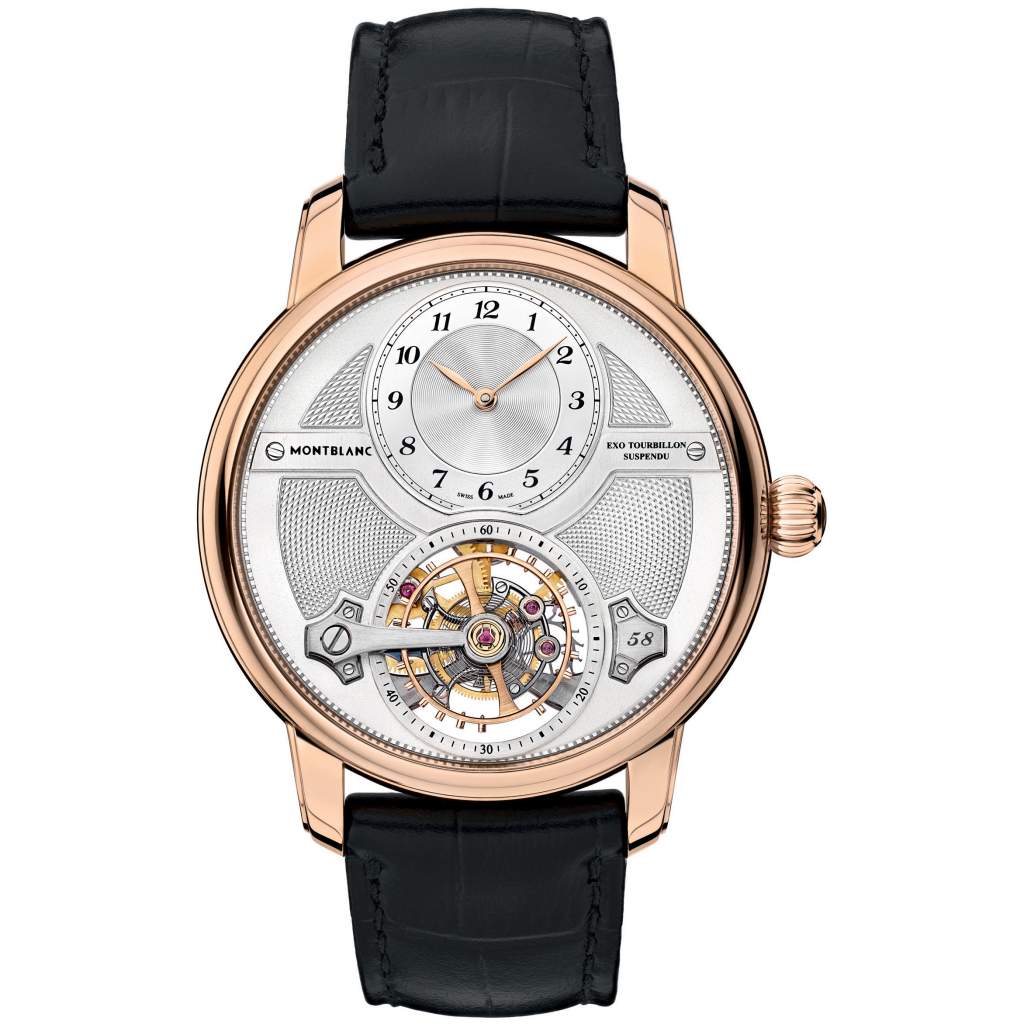 Inspired by the extraordinary Minerva heritage that dates back to 1858, Montblanc is reinterpreting its iconic Star product line. With this re-envisioned collection, the Maison is enhancing the level of classical finishing and the sophistication of its design while keeping all the key elements. In addition to this, it is bringing its Manufacture expertise to new exclusive in-house complications that push the boundaries of fine watchmaking.

The Minerva heritage and legacy dates back to 1858 when the company founded by Charles- Ivan Robert specialized in gold pocket watches. The Montblanc Star Legacy Collection takes its inspiration from the Minerva heritage and the company’s pocket watches that were made during the late 19th century and early 20th century. Montblanc’s archives show the existence of international orders from very early on. The legibility of the dials was of particular importance and some of the movements were cased in wristwatches. As early as the year 1880, the manufacture had started to specialise in timekeepers that could be wound with a crown (called “remontoir au pendant” in French). These innovative pocket watches were among the first to be wound through the crown instead of a separate key. This is the reason why Minerva experienced considerable global success very early.

The Spirit of Classical Fine Watchmaking

In celebration of Minerva’s exceptional history and heritage, Montblanc is presenting this year a new reinterpretation of its iconic Star line. In this new re-envisioned collection, the Maison enhances the level of classic finishing by bringing an additional sophistication to the design while keeping the key elements. The Maison brings its manufacture expertise to new exclusive in-house complications that push the boundaries of fine watchmaking. Inspired by the Minerva pocket watches that were made during the late 19th and early 20th centuries, such as the Gold Hunter Calibre 19’’ from 1927, the Montblanc Star Legacy timepieces feature round cases with a curved finish on the sides, giving a refined and shaped pebble effect, along with horns that have steps on the sides. In the spirit of classical watchmaking, the crowns stand out with their recognisable and easy-grip onion-shape, adorned on the side with the recognisable Montblanc emblem.

The dials of the Star timepieces are highlighted by prominent Arabic numerals whose shape and size have been slightly redesigned, bringing refinement. The dial is further enhanced by the addition of the iconic exploding star guilloché pattern. Other aesthetical details include a unique railway minute track, which is of particular note as it features dots instead of lines (a rare twist found only in very few models from the late 19th century or the beginning of the 20th century) and a beautiful filet sauté guilloché running around the dial and outlining it. Completing the overall design, the dial features the elegant blued leaf shaped hands, contributing to a contemporary, yet classic aesthetic. The Star Legacy timepieces continue the journey of the 160 years of Minerva heritage through the spirit of classical watchmaking.

The new patented Suspended ExoTourbillon complication was developed entirely in-house by the master watchmakers at the Montblanc Manufacture in Villeret and required three years of development. The “Exo” is derived from the Greek for external or outside and refers to the large balance wheel with screws, which is positioned outside of the tourbillon’s rotating cage.

The idea of the Montblanc engineers when developing the innovative, patented Suspended ExoTourbillon was to create a one-minute tourbillon that would be more visible, further revealing its beauty. This particular patented construction of the Suspended ExoTourbillon allowed the watchmakers at the Montblanc Manufacture in Villeret to have a large and impressive balance wheel and eliminate the need to increase the size of the movement or the case. The massive balance wheel is raised 3.2 mm higher than the dial and appears to be floating above it.

This new suspended position has been made possible thanks to a new tourbillon bridge with only one stainless steel arm which is curved and mirrors the domed hour circle at 12 o’clock. It creates a three-dimensional look and a new fine watchmaking aesthetic. Due to its asymmetric construction, the alignment of the ExoTourbillon bridge, with its solitary arm, represents a horological challenge and demands the utmost skill and dexterity to complete. The complexity of the patented ExoTourbillon comes from the dimensions of the long axis that need to be extremely precise, along with the complication construction itself, which requires that the balance’s axis must be perfectly perpendicular to the movement. A difference in positioning at the base of the bridge by just 5 microns (0.005 mm) can result in a deviation of 0.05 mm at the end of it, that is to say a gap multiplied by 10.

In terms of performance, this innovative, patented mechanical architecture of the ExoTourbillon saves more energy than a conventional tourbillon as the cage is smaller in size and free of the weight of the balance wheel. The weight of the tourbillon cage has been reduced, which means it weighs less than a conventional tourbillon. It is also balanced by two gold pillars to equilibrate the cage. The fact that the balance is positioned outside of the rotating cage also means that it isn’t affected by the inertia of the cage, therefore improving precision. Another key feature of the ExoTourbillon is the speed of its rotations. The cage completes one full rotation per minute thus able to also indicate the seconds, while also inviting users to admire the beauty of the tourbillon’s movement. The large balance wheel, beating at the traditional frequency of 18’000 oscillations per hour, has a diameter of 14.5 mm. This plays an important role in the performance of the timepiece thanks to its impressive 18 screws — two of which can be adjusted, and 16 of which are fixed further improving precision and following the purest fine watchmaking tradition.

Following pure horological tradition, the Manufacture movement calibre MB M16.68 is entirely decorated in the Montblanc Manufacture in Villeret with hand-crafted finishings such as Côtes de Genève stripes, inner angles, circular graining, beveling and a mirror-polished pawl with the hand-finished Minerva arrow. Inspired by the three-dimensional bridge construction, the round shape of the case, with its domed sapphire crystal on the front, has been built around the movement, contributing perfectly to the overall design. Entirely polished, the 44.8 mm case comes in 18K red gold and features a sapphire crystal on the case back which reveals the beauty of the hand-finished manually wound movement calibre MB M16.68. It also provides a totally transparent view of the Exo Tourbillon from the front to the back.

The sophisticated three-dimensional dial of the Montblanc Star Legacy Suspended Exo Tourbillon Limited Edition 58 is constructed in eight different parts that have been decorated entirely by hand using traditional watchmaking techniques. The base is in 18K gold and has been highlighted with a hand-made guilloché pattern in places, and a sandblasted decoration in others, with polished steps framing the different finishing techniques. A refined guilloché pattern completes the aesthetic. A silvery-white dome at 12 o’clock, with an azuré decoration in the centre, houses the hours and minutes counter, mirroring the three-dimensional effect of the outstanding Suspended Exo Tourbillon at six o’clock. Other details include 18K red gold hands to display the hours and minutes and a small second indication with a blue arrow on the Exo Tourbillon itself. In addition, a small plaque with the timepiece’s limited edition number has been applied to the dial that balances the Exo Tourbillon’s bridge construction.

This exclusive Montblanc Star Legacy Suspended Exo Tourbillon is limited to 58 pieces, paying tribute to the year the Montblanc Manufacture was founded in Villeret in 1858. The timepiece comes fitted with a black alligator leather strap supplied by the Montblanc Pelletteria in Florence, Italy and is equipped with a triple folding clasp with security pushers, offering a secure grip. To express reliability and performance, it is certified by the Montblanc Laboratory Test 500.