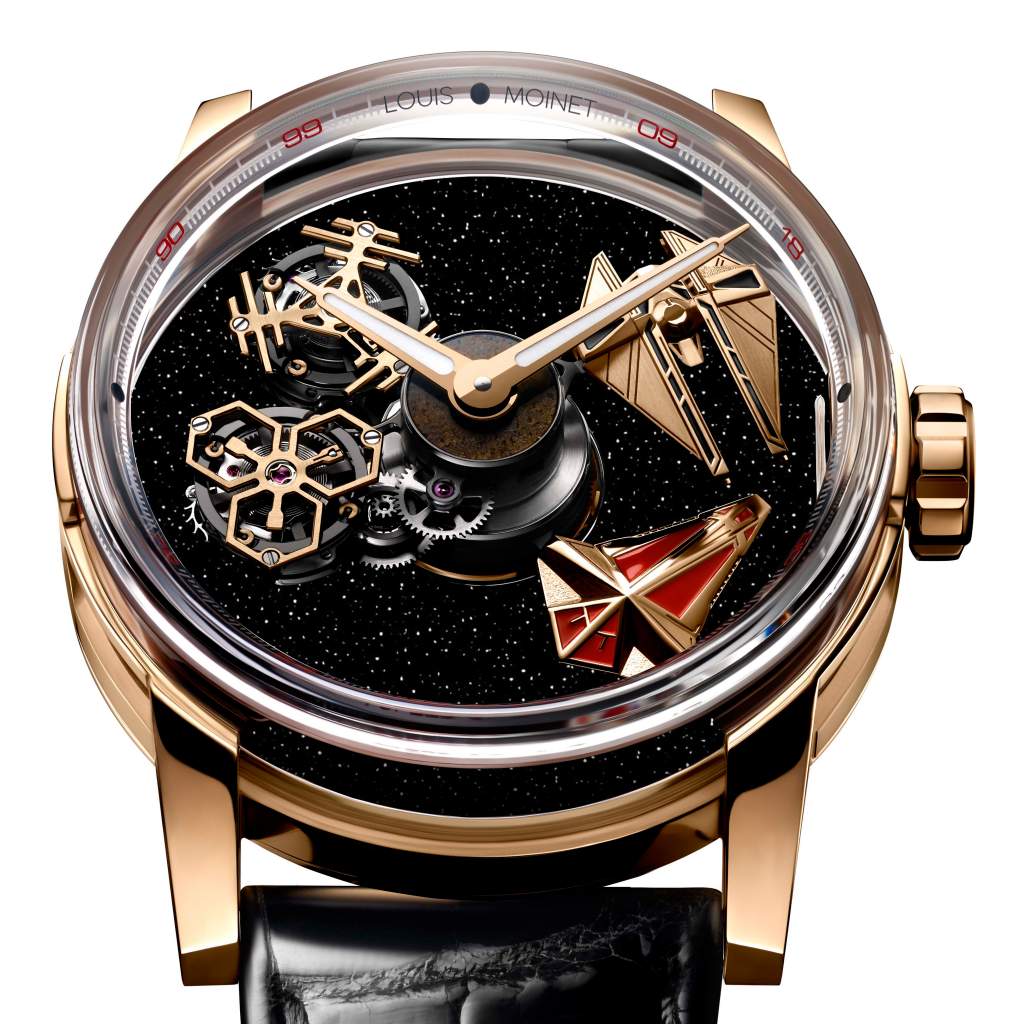 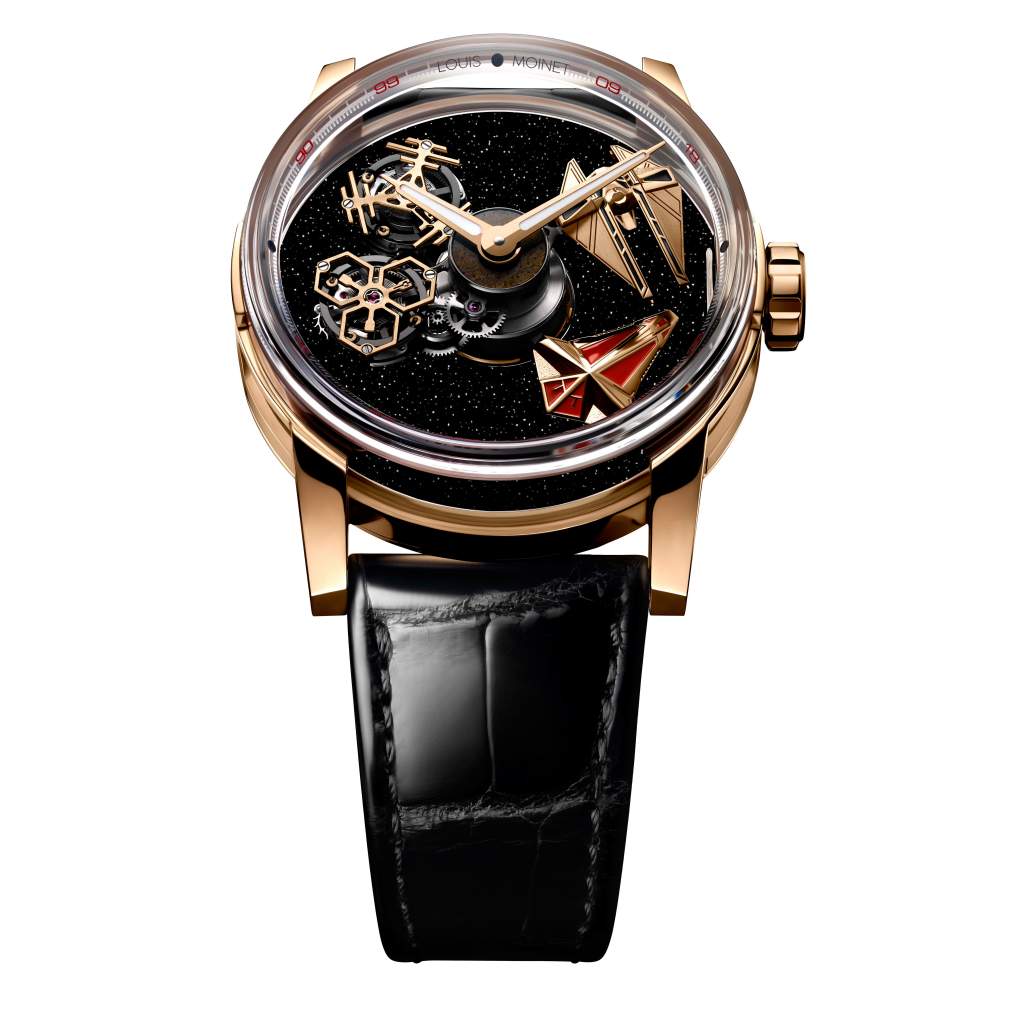 1) a tourbillon turning clockwise and another counter-clockwise;

3) and also at different heights.

In this incredible stage performance, the tourbillons cross paths 18 times per hour. The hourly revolutions last 5 and 10 minutes respectively and are therefore perfectly visible to the naked eye.

At the far end of each tourbillon is a spaceship, each weighing just 0.5 grams so as to float freely in space. Entirely made of titanium, they are then hand-finished and coloured with a hybrid ceramic coating.

The mechanism devised by Jean-Marie Schaller required over three years of research. In light of its extraordinary characteristics, its construction was initially deemed impossible and is now one of the most sophisticated of its kind, making the SPACE REVOLUTION one of the most important superwatches of the decade.

The movement is composed of two oscillators with a differential mechanism designed to ensure enhanced precision. Each watch comprises more than 470 components and six ceramic ball bearings enabling perfect rotation and balance of revolving elements (spaceships, tourbillon cages and the centre of the titanium and gold chassis).

The case features a subtle blend of 18K gold and sapphire enabling the enchanting views to be admired from the front as well as the side. Everything is in motion: the two spaceships, naturally, as well as the two flying tourbillon cages whose satellites spin on their axis once a minute.

The dial crafted in black aventurine completes the picture. The origins of this material date back to early 17th century Murano. The countless sparkles of its particles resemble gold spangles, shining like stars against the glittering sky backdrop.

Each of the timepieces in this eight-piece limited edition is rendered unique by the meteorite positioned beneath the centre of the hands. One is from the Moon, another from Mars, yet another from the oldest known rock in the solar system, while an additional variety involves a meteorite fragment containing amino acids.