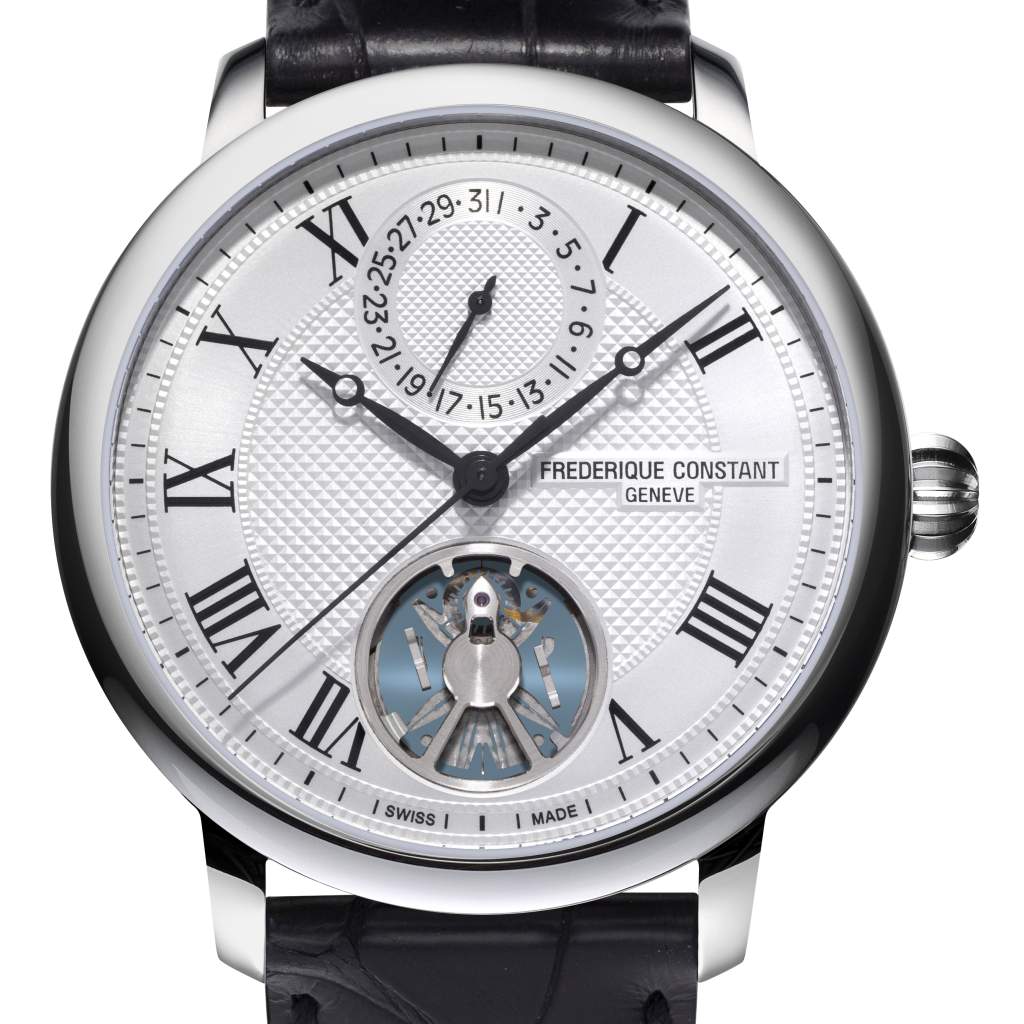 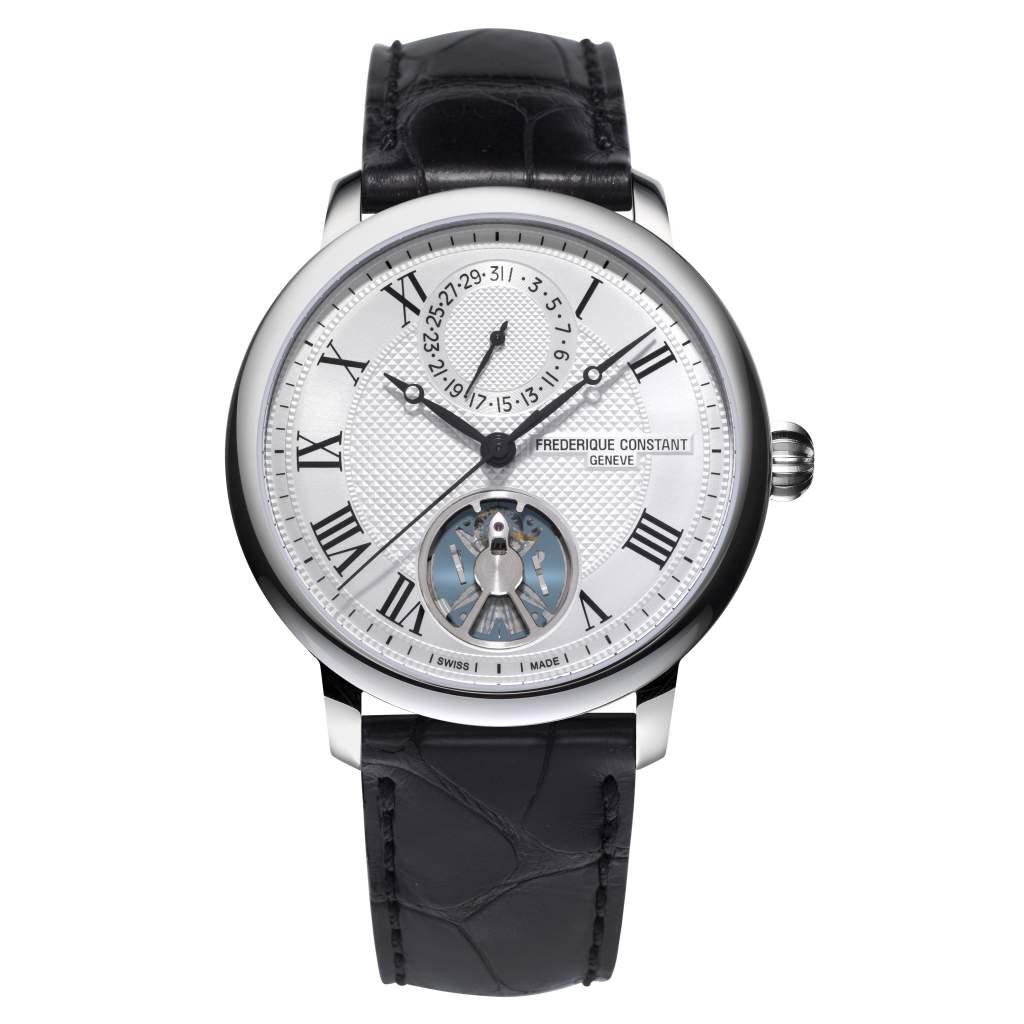 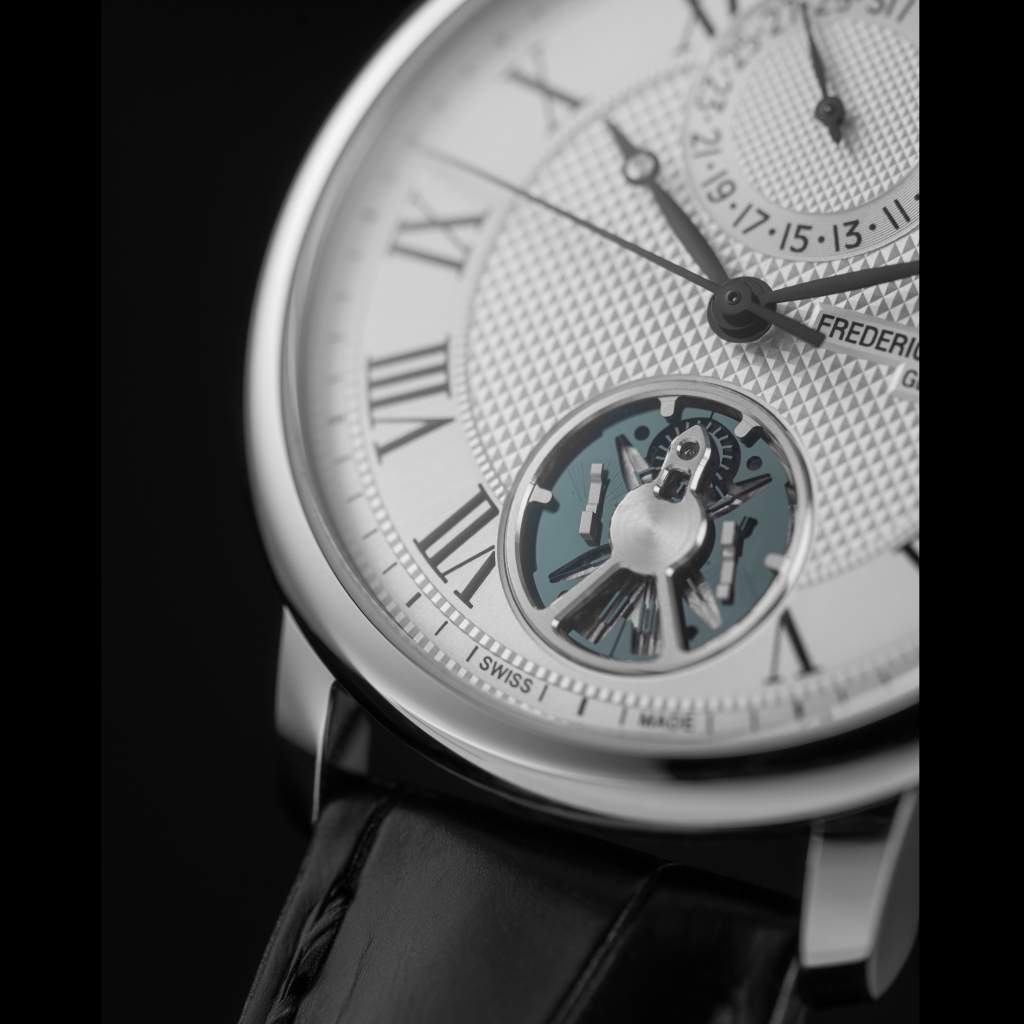 A revolution in mechanical watchmaking

Redefining the principle of mechanical watches regulation, the Slimline Monolithic Manufacture unveils a major technological breakthrough with the integration of a single-piece silicon oscillator beating at a frequency of 40 Hz, ten times higher than that of most mechanical movements. Thanks to its innovative design and reduced size, the latter fits inside a traditional movement configuration. Presented in a 40 mm case and with a dial revealing the oscillator, this technical revolution is available at a price that reflects the Brand’s commitment to accessible luxury.

Frederique Constant replaces the 26 components of its standard assortment with a single silicon component fitted with two regulation weights. The Monolithic oscillator integrates the hairspring and the escapement anchor in its flexible structure. The adjustment weights to regulate the flexure oscillator are just like those used on a traditional free-sprung balance. Watchmakers can easily fine-tune the frequency and precision by simply turning the two weights. The revolutionary design combines high-frequency (40 Hz) with low amplitude (6° versus ~300° for a regular balance wheel).

The oscillator is made of monocrystalline silicon, a material that eliminates key weaknesses of traditional sprung balances. Monocrystalline silicon is 100% anti-magnetic, resilient to oscillations in temperature, less sensitive to gravity and four times lighter than a regular assortment. The absence of mechanical coupling means a lower generation of friction and wear on the parts. Consequently, less power is needed to drive the escapement wheel and the oscillating system. Finally, yet importantly, silicon does not require lubrication, which enhances the long-term reliability of the escapement.

Thanks to a new geometry of flexures and masses, the size of the oscillator (9.8mm diameter x 0.3mm thickness) was substantially reduced to match for the first time that of a conventional regulator to allow a large-scale production.

To accommodate such an oscillator, a new movement was then developed: the FC-810 Monolithic Manufacture automatic calibre, Frederique Constant’s 30th in-house calibre. The entire kinetic chain had to be re-engineered, and the gear train was fitted with four wheels between the barrel and the escape pinion, instead of the three wheels found in a conventional movement. However, the efficiency of the regulator still manages to deliver a substantial 80-hour power reserve.

With the FC-810 Monolithic Manufacture automatic calibre, the seconds hand performs 80 moves per second. It delivers the smoothest possible motion of a seconds hand as it ticks faster than the eye can see.

The Slimline Monolithic Manufacture features an elegant dial with a guilloche hobnail pattern, printed Roman numerals paired with Breguet-style hands. The pulsating oscillator is revealed in an aperture at 6 o’clock.

On the reverse side, the open caseback offers an unimpeded view of the calibre. Its traditional decoration combines Geneva stripes with perlage, and the oscillating weight is openworked.