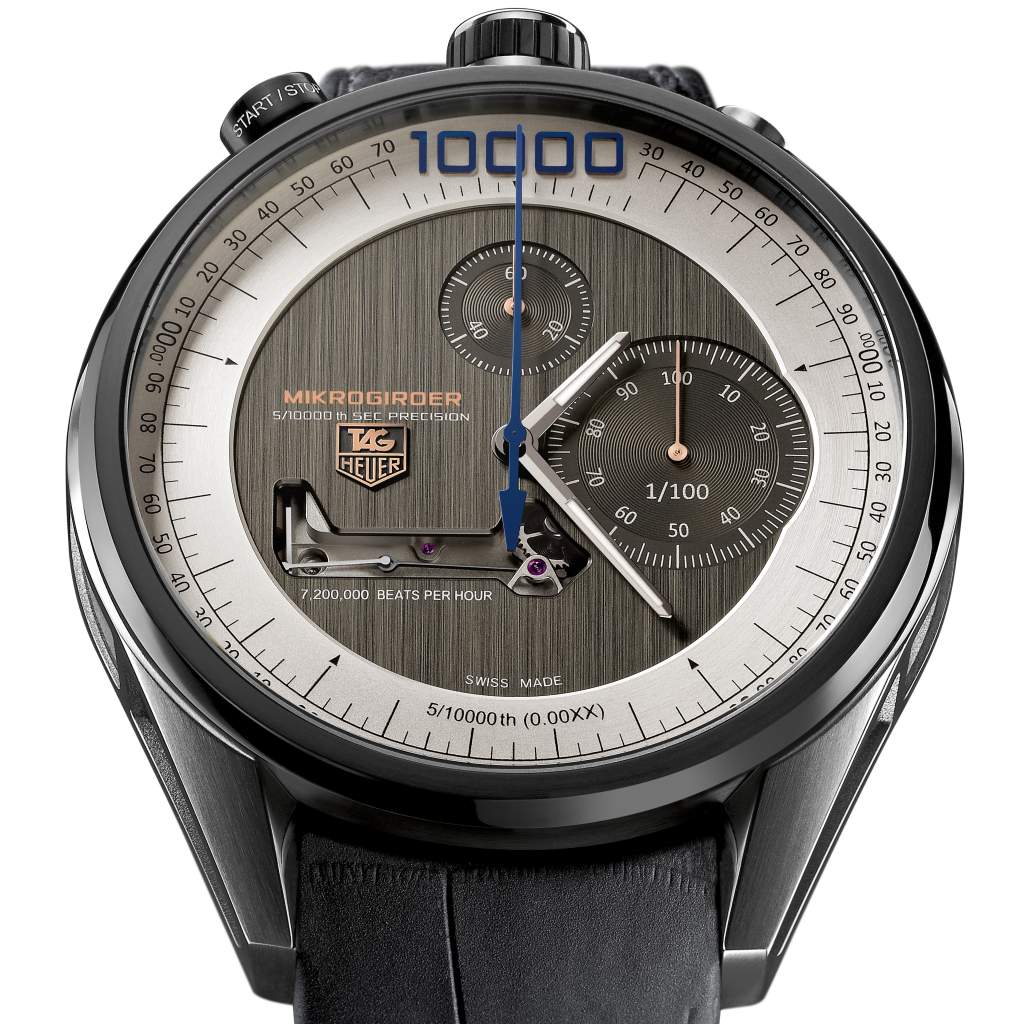 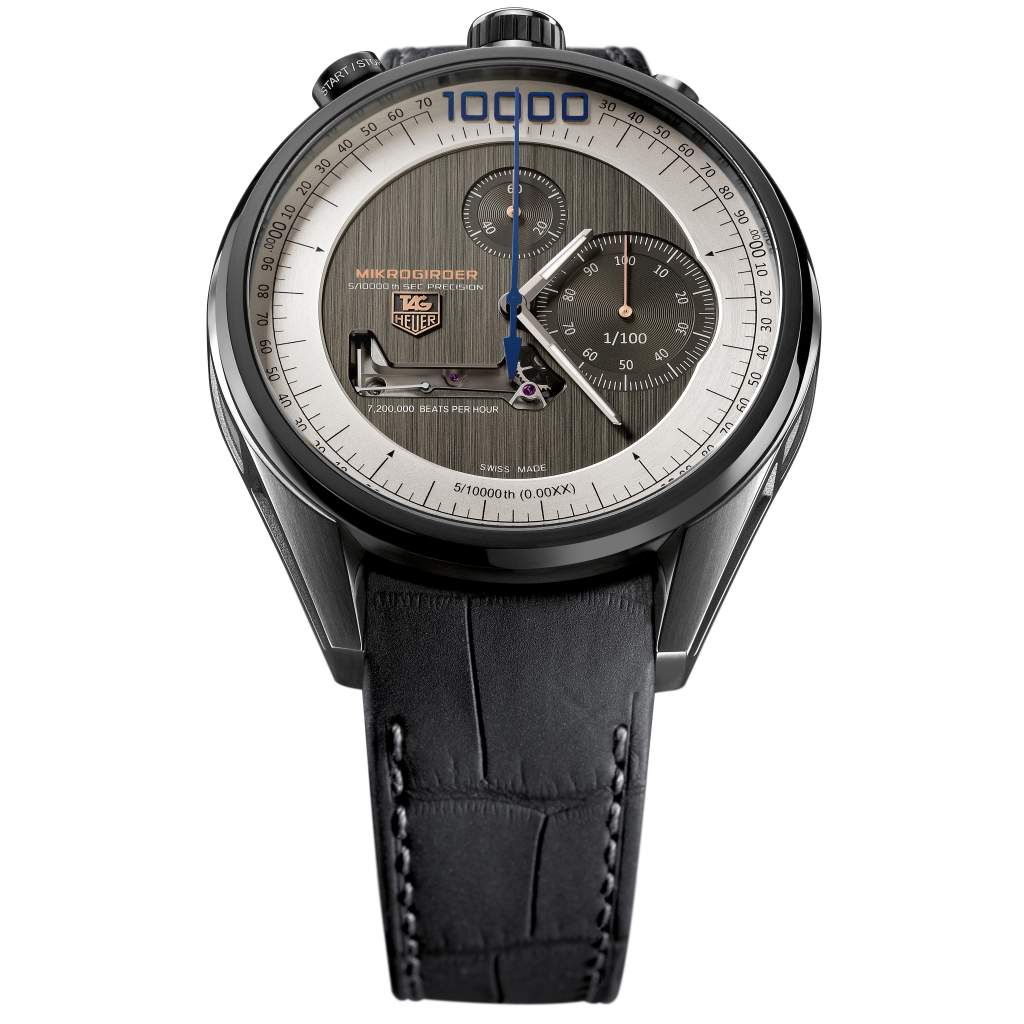 Now comes the pioneering mikrogirder,  tag heuer's greatest achievement in watchmaking engineering to date, a game-changing technology which promises to completely revolutionize the very heart of the watch — the regulator.

Conceived, developed and manufactured in-house in the company's r&d lab in la chaux-de-fonds, switzerland, the mikrogirder is the fastest mechanical regulator ever crafted and tested. Overturning three centuries of watchmaking convention in the way mechanical energy is generated, stored and regulated, the mikrogirder opens a promising new era in watchmaking, with potentially powerful and energy-sparing new movements precise to ever-smaller fractions of time.

Accurate to an unprecedented 5/10,000 of a second, the mikrogirder is a completely new regulator system — a coupling blade and excitatory blade system working with a linear oscillator (versus a spiral shape in a classical hairspring) that vibrates isochronously at a very small angle, as opposed to a traditional watch, which vibrates at an angle of up to 320 degrees.

The advantages are numerous. In a classic spiral hairspring system, the effect of gravity due to mass is a major issue. With the mikrogirder, the problem no longer even exists. There is no loss of amplitude and the movement's frequency can be modulated on a very large spectrum of frequency without overburdening the power supply. The result is a significant increase in precision (division of time) and performance (frequency accuracy and stability).