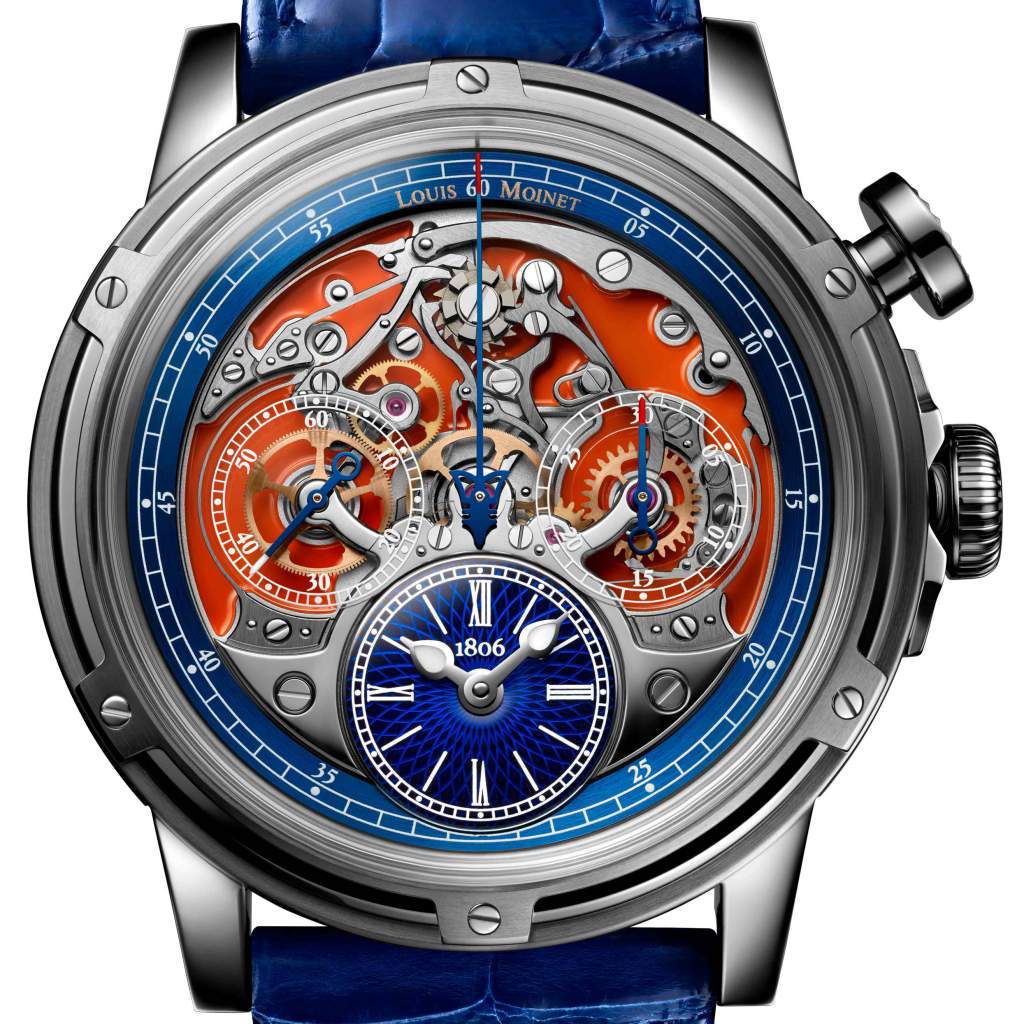 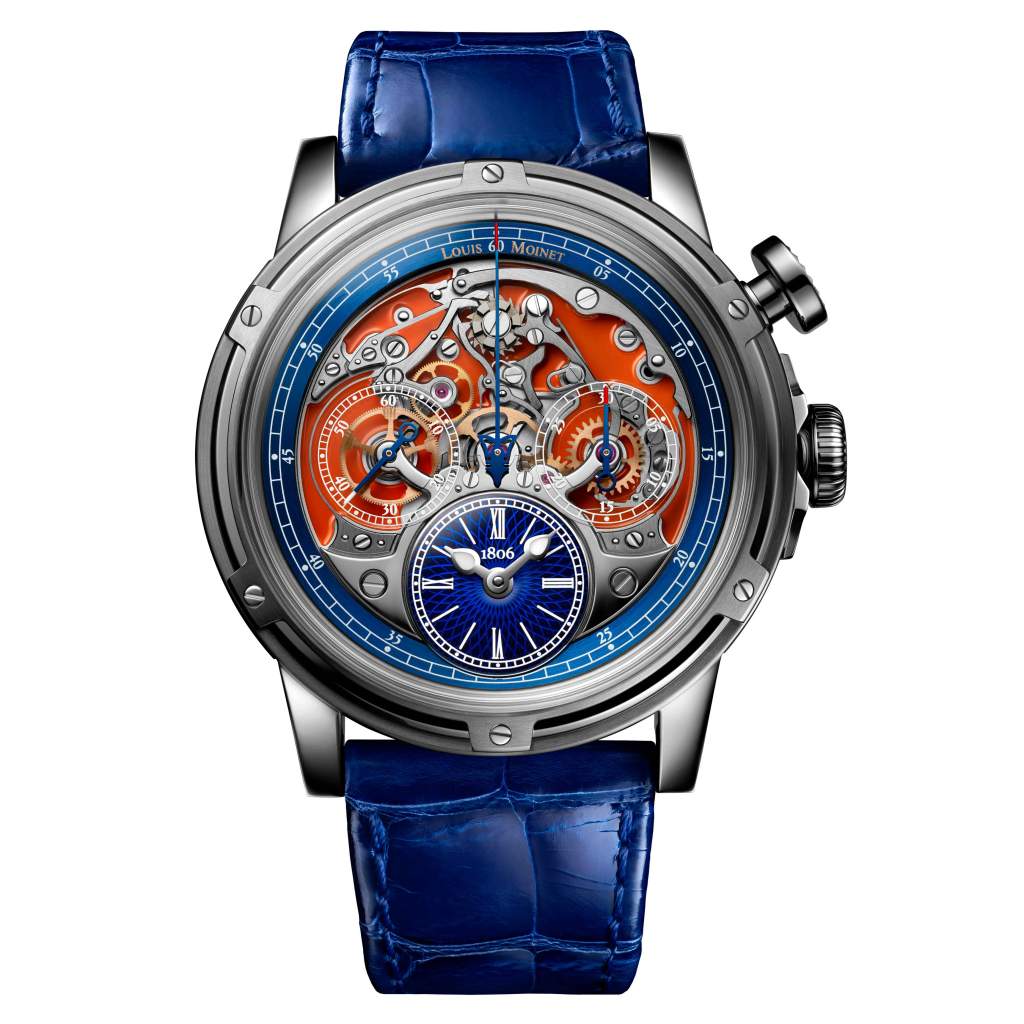 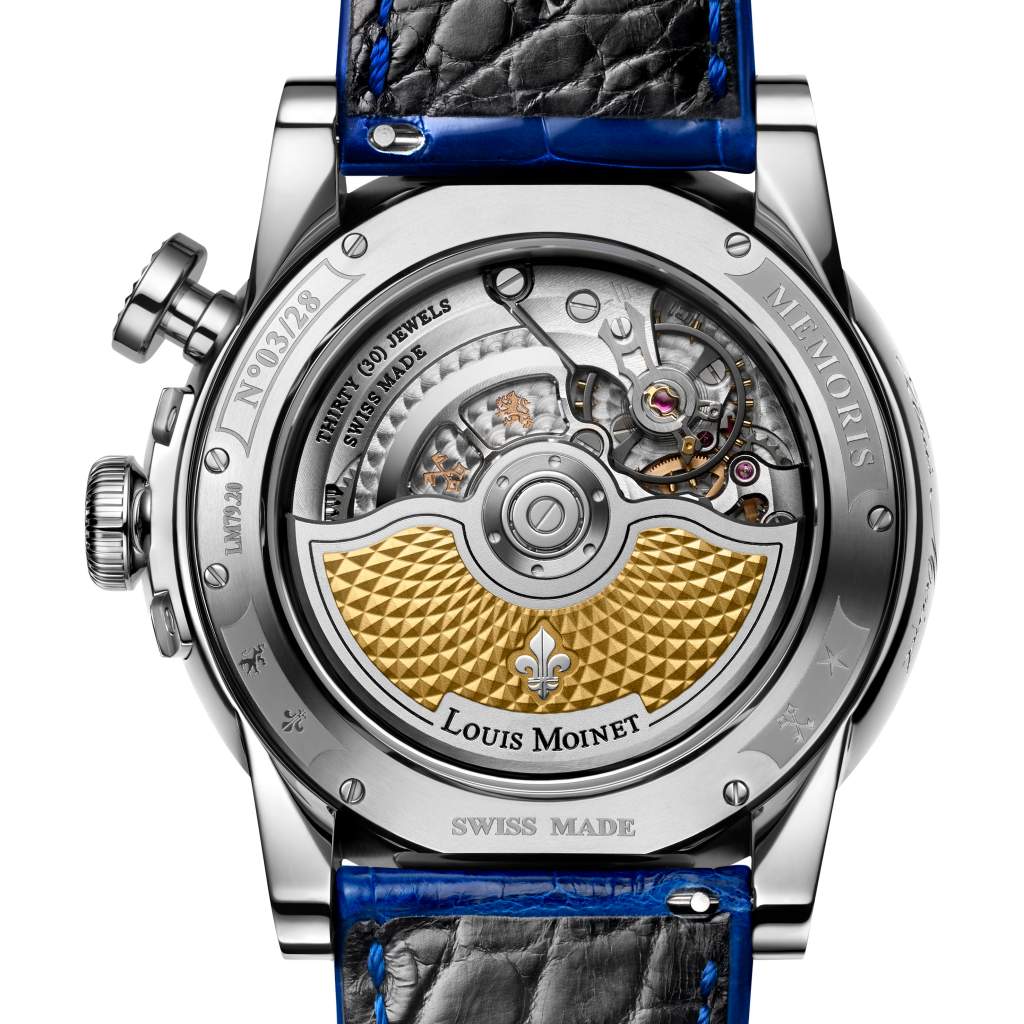 Memoris, the only watch of its kind in the world

Louis Moinet invented the chronograph in 1816; we transformed it in 2020. It all began with a 100% ingenious design within which the traditional mechanism has been dissociated: automatic winding on the back, and the chronograph system on the front. This new, unique and distinctive vision makes it possible to admire the measurement mechanism at every interaction: start, stop, reset. More than 500 components had to be devised in aim to achieve this incomparable feat.

Memoris design is bold and contemporary. Orange is sandwiched between two shades of blue, creating a pleasing contrast with the polished grade 5 titanium case. To highlight the mechanical aspect of the creation, the counters have been manufactured in an avant-garde entirely translucent material.

The rules of comfort require harmony and attention to detail. Memoris has a particularly light case (only 31 grams) and our design studies have shown that the use of chevé concave sapphire crystals, enables optimal arrangement of volumes, while ensuring unrivalled wearing comfort.

Finally, the fact that the chronograph functions are handled via a single pushpiece (at 2 o'clock) is an additional user-friendly factor for the wearer.

Ateliers Louis Moinet was founded in Saint-Blaise, Neuchâtel, in 2004. The fully independent firm was established to honour the memory of Louis Moinet (1768-1853): master watchmaker, inventor of the chronograph in 1816 (certified by Guinness World Records™), and pioneer in the use of very high frequencies (216,000 vibrations per hour). Louis Moinet was a watchmaker, scholar, painter, sculptor, and teacher at the School of Fine Arts – as well as the author of the Traité d’Horlogerie, a watchmaking treatise published in 1848 that remained a definitive work of reference for a century.