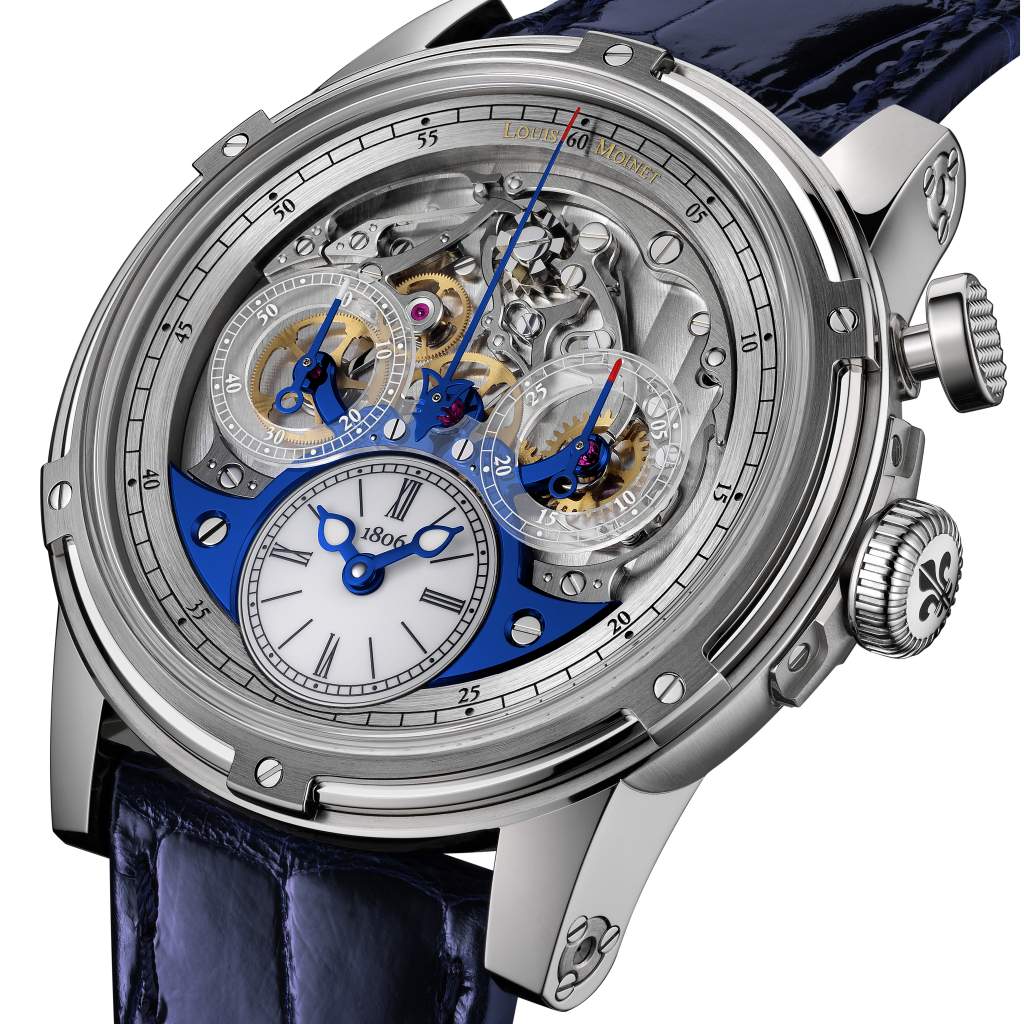 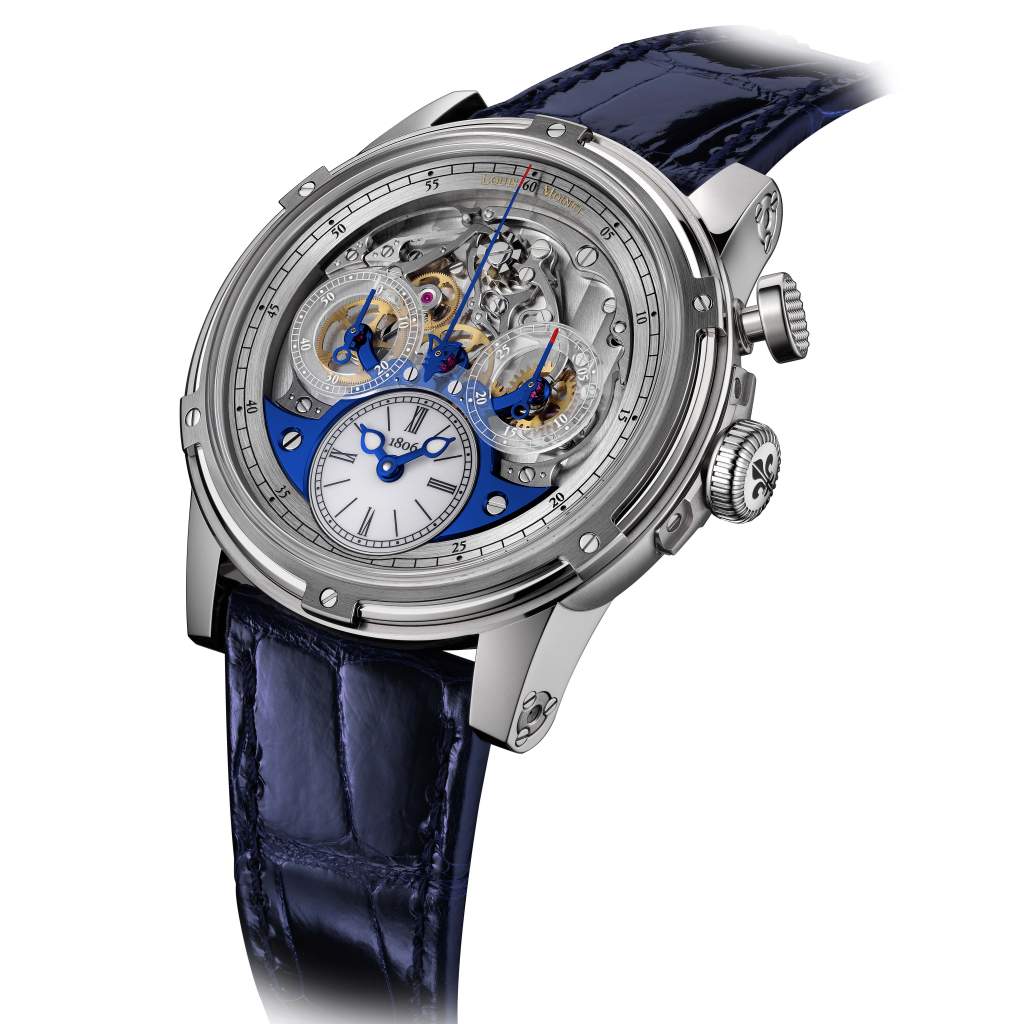 A contemporary and unparalleled version of the chronograph.

Louis Moinet is now acknowledged as the inventor of the first chronograph (1816); in paying an original mechanical tribute to this gifted watchmaker, this timepiece is the most “chronographic” on the market.

• The chronograph movement is the heart of the Memoris, which has been redesigned around this central element (the chronograph takes precedence, whereas the time becomes secondary).

• The chronograph part of the movement has been given pride of place on the front of the watch: its mechanism can be admired in action when the deliberately oversized monopusher is pressed.

• Setting this chronograph apart from the base movement in order to show it to its best advantage implied a complete rethink of the movement (half of its 307 parts are dedicated to the chronograph alone), of which the “Energy Plus” system has been awarded a chronometry prize.

• The Memoris Deep Blue version of this watch is recognisable by its brand-exclusive “Moinet Blue” chronograph bridge.

Ateliers Louis Moinet was founded in Saint-Blaise, Neuchâtel, in 2004. The fully-independent firm was established to honour the memory of Louis Moinet (1768-1853): master watchmaker, inventor of the chronograph in 1816 (certified by Guinness World RecordsTM), and pioneer in the use of very high frequencies (216,000 vibrations per hour). Louis Moinet was a watchmaker, scholar, painter, sculptor, and teacher at the School of Fine Arts – as well as the author of Traité d’Horlogerie, a watchmaking treatise published in 1848 that remained a definitive work of reference for almost a century. Today,

Ateliers Louis Moinet is perpetuating this legacy. The firm’s timepieces, produced in limited editions only, have won some of the most coveted honours, including a Red Dot Design Award (Best of the Best category), gold and bronze medals in the Chronometry Competition, a Robb Report “Best of the Best” award, a “Chronograph of the year” distinction from Begin magazine, Japan, and a recent UNESCO Award of Merit. Louis Moinet creations often make use of unusual materials, such as fossils and meteorites, combined with bespoke fine watchmaking complications in a unique creative approach. The brand’s core values are creativity, exclusivity, art and design.