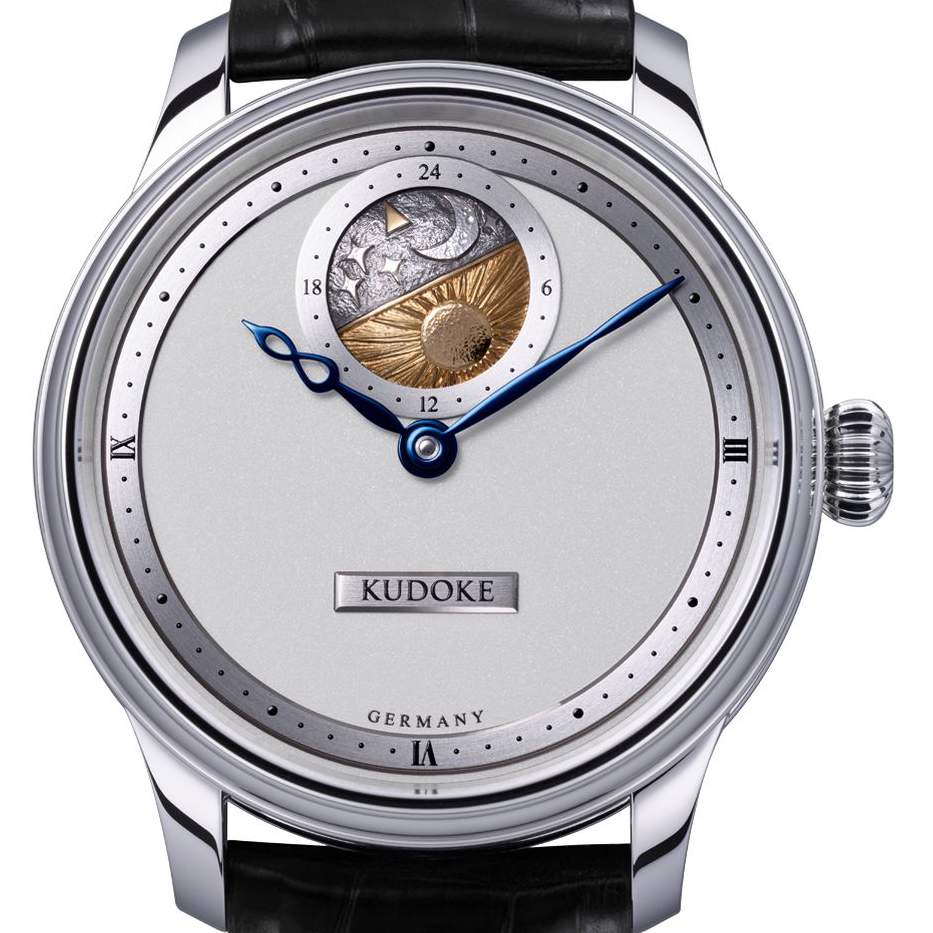 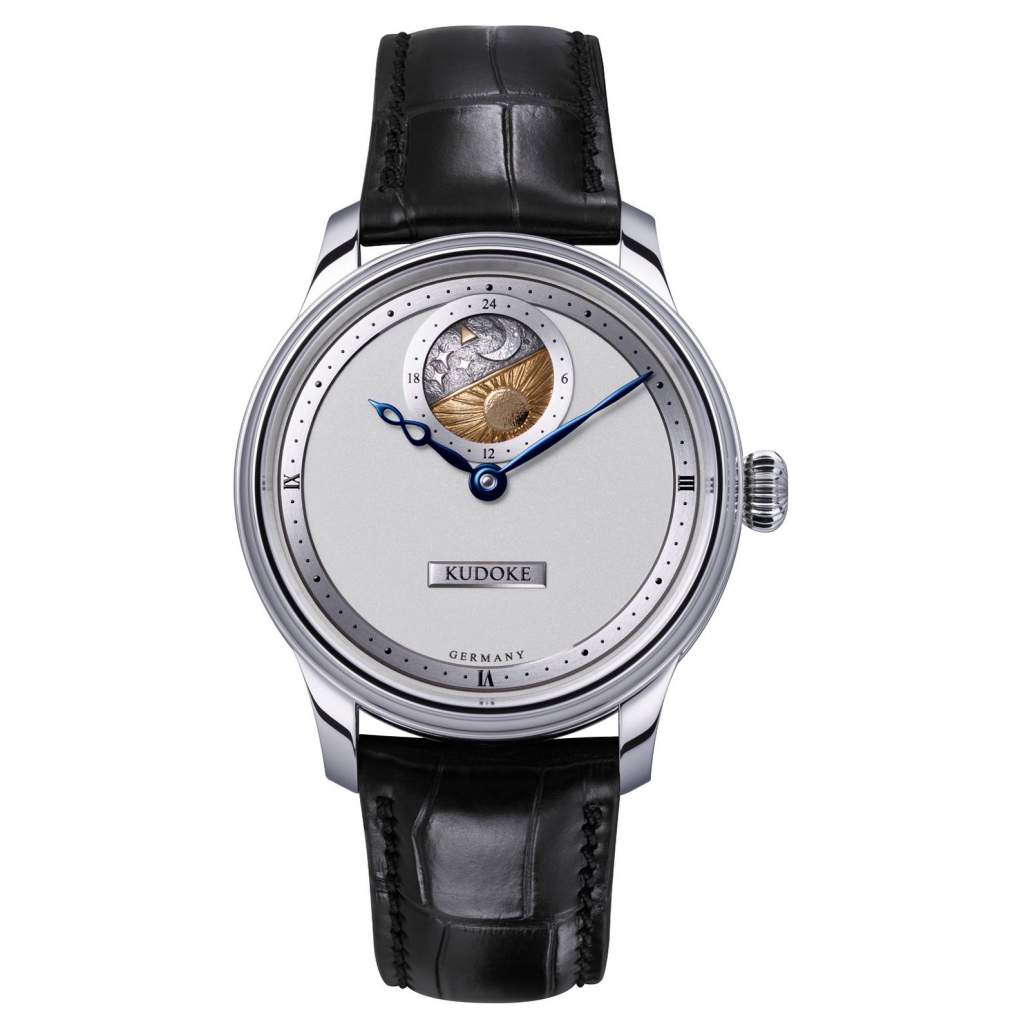 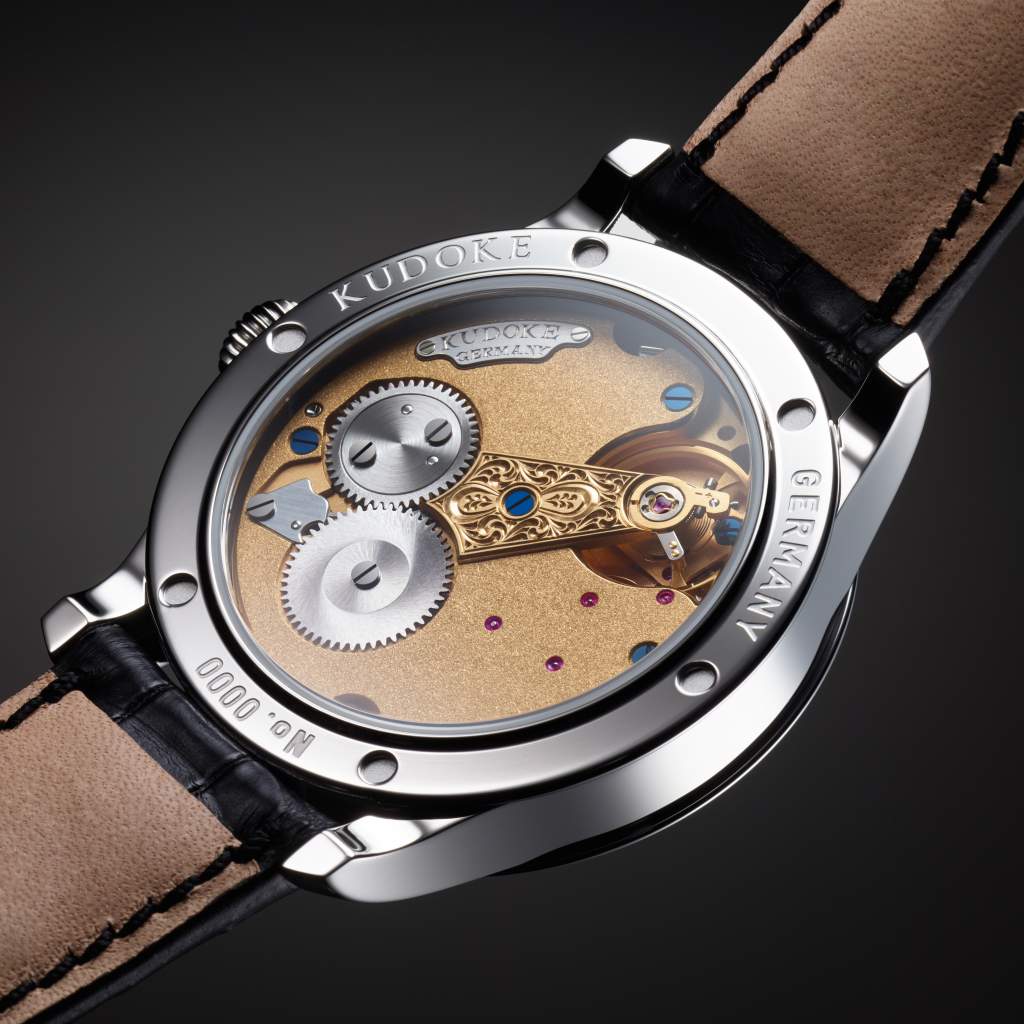 Based on his first inhouse-movement KALIBER 1, Stefan Kudoke developed and executed a modification on the dial side of the movement, facilitating a 24-hour indication at 12 o’clock. The hand finished movement - KALIBER 1 in version 24H – is visible through the glass bottom of the case. At the front the eye is caught immediately by the rotating domed sky disk. Handengraved and electroplated in three colors it demonstrates the creativity of Stefan Kudoke. A small gold-plated triangle indicates the hour of day or night. But even if you can only take a quick glance at the watch, the upper half of the 24-hour-indication shows intuitively the currrent day or night time.

The dial combines roman as well as arabic numerals on the two rhodium plated rings put on. The attentive observer can find the infinity sign included in the hour hand as well as balance cock engravement in the movement. This symbol of time will be used over the whole collection with the self-describing name HANDwerk (German term for „handcraft“).

With his first own movement Stefan Kudoke has fullfilled a dream. While making a name as a creator of exceptional, handskeletonized and –engraved artistic watches during the last years, the development of an own Kaliber has tempted him for some time.

Valuable impulses were provided by the old Masters – in particular those of the German-English traditional handcraft of precision watchmaking – visible in the movement architecture.

As with his skeleton models, Stefan Kudoke sets great value upon the refinement of the watch components by hand. Be it the polishing of edges at bridges or steel parts, the engravings or the surface treatment of the wheel bridge using a special reaming technology – all steps during the finishing process are carried out by hand exclusively.