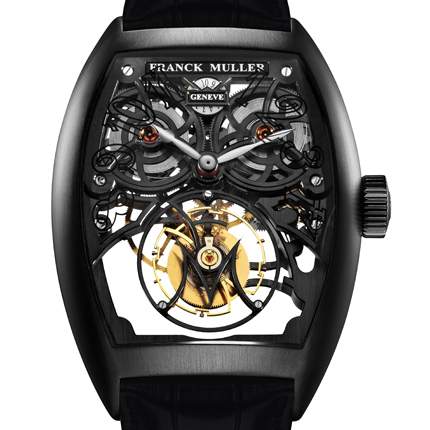 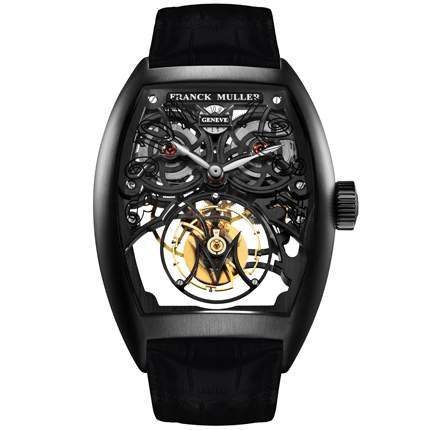 The new Giga Tourbillon is an exceptional model that required an extremely accurate development by a very dedicated team. Franck Muller's research and development department has once again shown extraordinary expertise and vision to carry out this remarkable technical achievement.

The barrels are first paired in series to double the operating reserve; they are then assembled parallel to one another so that the power of the movement is doubled.   The barrels, with a diameter of 16 mm, are 4mm wider than traditional ones resulting in an almost constant force needed to operate the Giga Tourbillon.

Another special feature is that this exceptional movement has been reversed, with the bridges placed on the dial side, the hour setting and winding section located at the base and the hour hand uniquely positioned on the minute hand.

In order to ensure a 10-day operating reserve, displayed at midday, (traditional winding by the crown), the Giga Tourbillon has been designed to feature four barrels, in comparison to traditional tourbillons which generally are powered by only one or two barrels.
As the name implies, the special feature of the Giga is the very large 20 mm diameter Tourbillon occupying half of the watch.