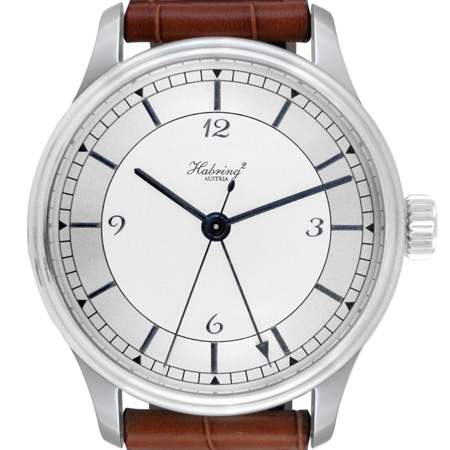 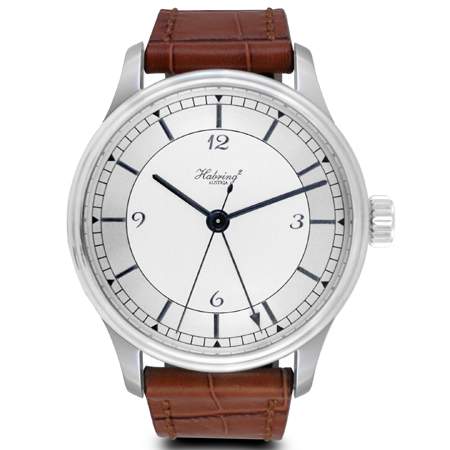 Simple is the new complicated

"No-one wants a watch without pushers!" Whilst the vast majority of the watch-making industry continues to think in terms of technology from the 1950s, Maria & Richard Habring – alias Habring² – are demonstrating that unconventional and innovative solutions are particularly popular with collectors.

Take, for instance, the Chrono COS: introduced in 2008 and meanwhile patented, it is the first chronograph in the world that does completely without pushers. The stopwatch function is elegantly operated by turning the crown – similar to the buttons on old radios that were used to switch it on and off and to control the volume. The Chrono COS has meanwhile proven that there is indeed room for innovative solutions suitable for everyday use in addition to the familiar – and not always unproblematic – pusher solutions. Thus, the Chrono COS is today one of the best-selling models manufactured by the congenial couple from Austria.

But they would not be who they are if they were to rest on their laurels. Omitting the pushers was the first step en route to searching for new solutions. Whilst the Chrono COS of Generation 2008 was able to keep its classic chronograph face with the characteristic counters on the left and right of the dial, its successor is characterised by uncluttered clarity. No counters, windows or similar display elements irritate the eye of the beholder. The dial has the typical Habring² design of a simple three-hand watch. The difference: a fourth hand at the centre indicates the enhanced functionality of the Chrono COS ZM. ZM stands for "zentraler Minutenzähler", or central minute counter. When stopped, the minute counter hides discreetly underneath its counterpart which is responsible for displaying the stopped seconds. Together the two components complete their revolutions to measure time intervals of up to 60 minutes in the familiar scheme of time display.

So is less actually more? At the least the Chrono COS ZM proves that a simple "chronograph complication" does not necessarily require a martial exterior and can be discreetly integrated in a reduced design concept. And this is a central theme common to the entire Habring² collection. As are the other basic values of the Chrono COS ZM: classic, three-component case made of 316L stainless steel, titanium or gold with a diameter of 42 mm; water-resistant up to a pressure of 5 bar; metal dial in silver with rhodanised, gold-plated or blue appliqués or in grey and black with rhodanised appliqués filled with Super-Luminova.

Although the company's own caliber A08MCOSZM is based on the wheel train of the ETA 7750, they share nothing in common bar their noted reliability and ease of service. Both chronograph control via the crown and the central minute counter are developments exclusive to Habring².