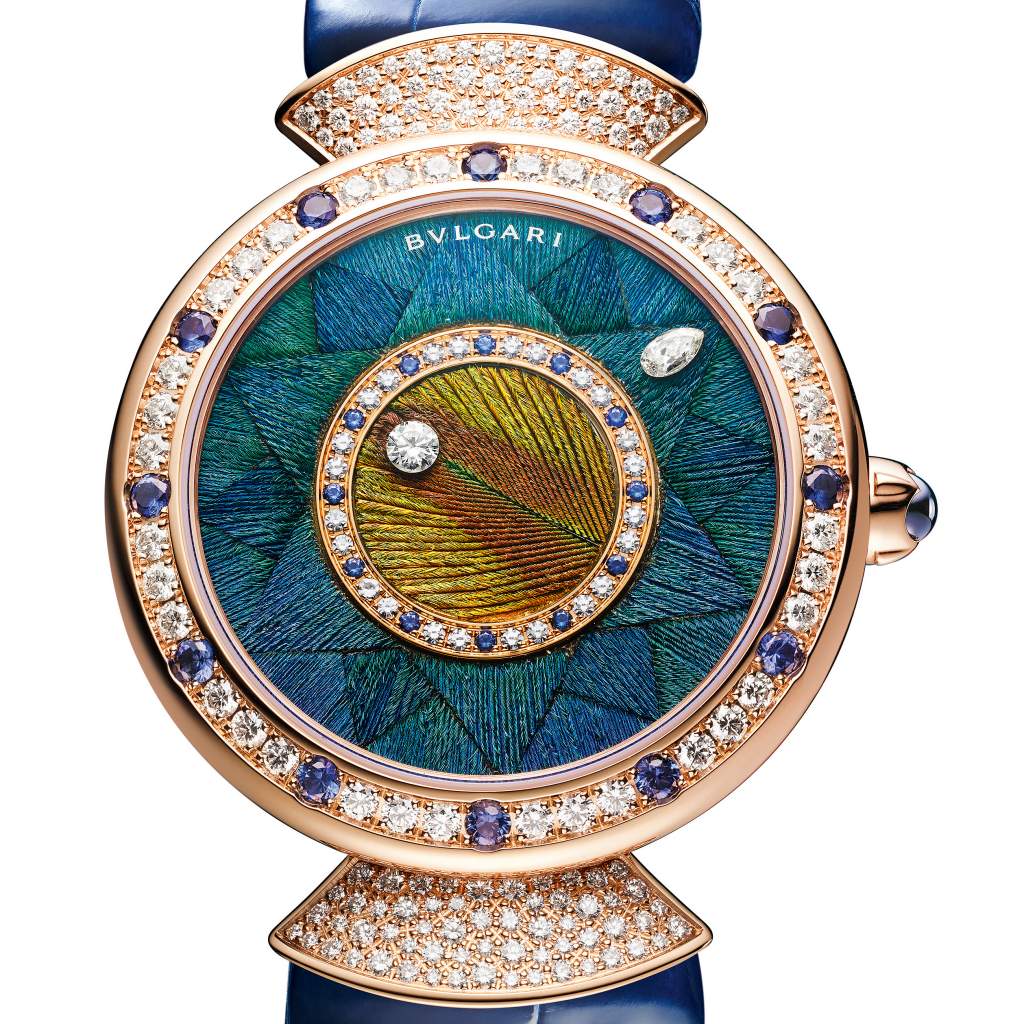 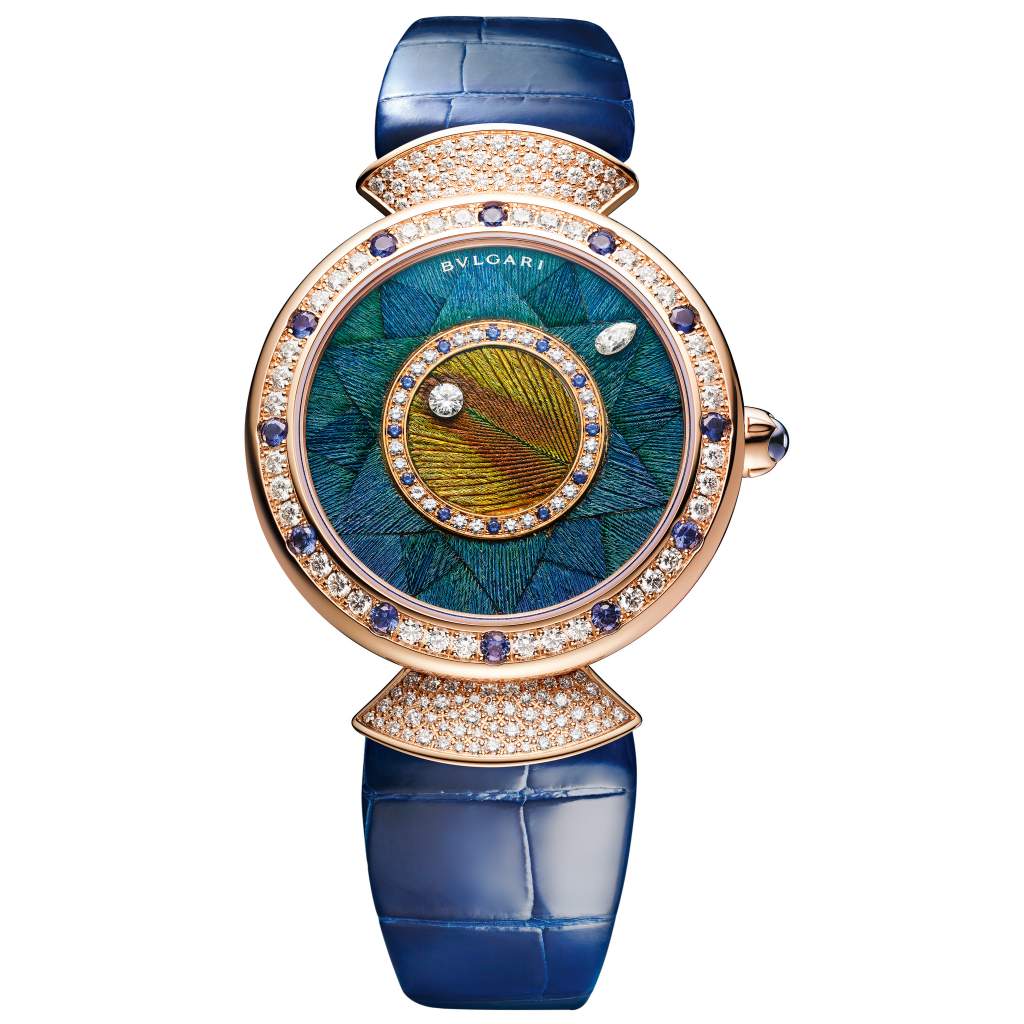 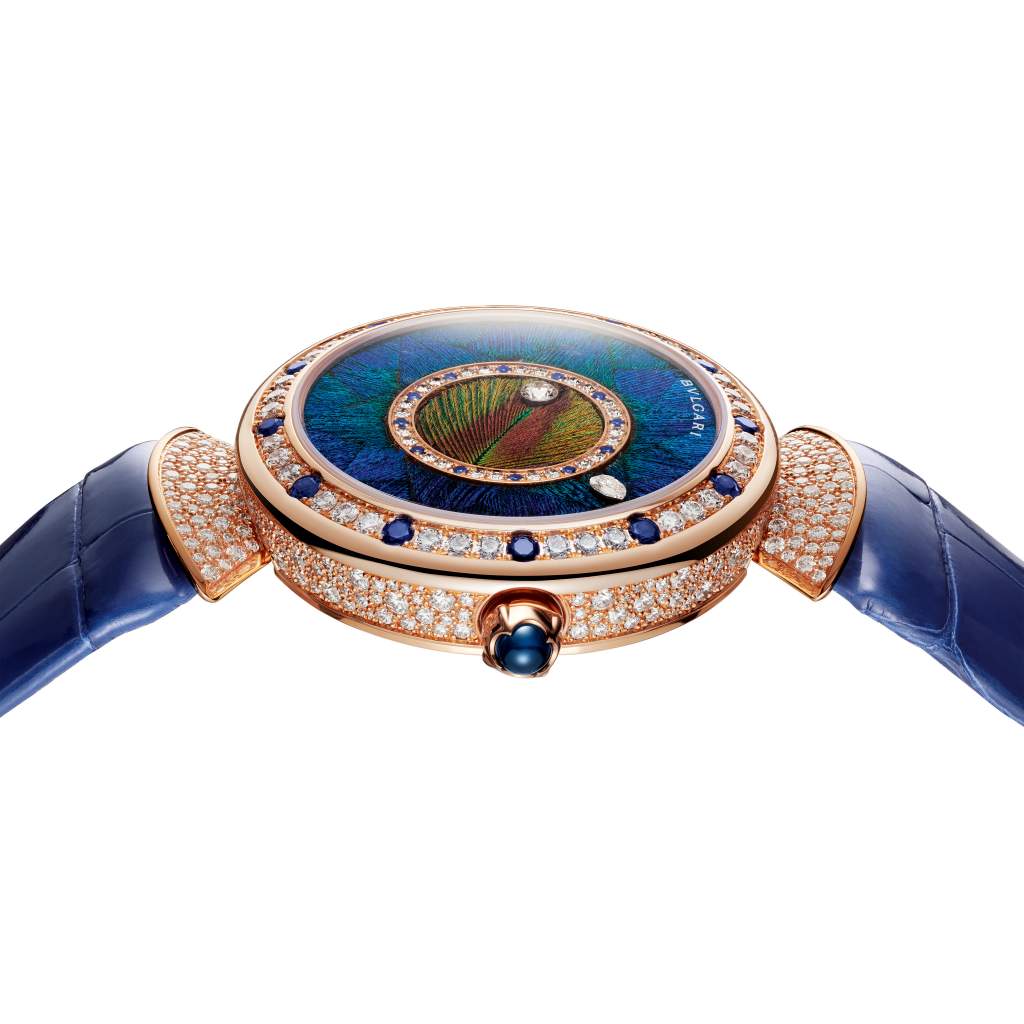 A nod to Bvlgari’s Roman heritage, the peacock series of Divas’ Dream watches pays homage to their charms, channeling the preening spirit of nature’s most diva-like figure: the peacock. This is an entirely natural choice, since this sensual watch with its highly distinctive character draws inspiration from the fan-shaped mosaics of the Caracalla thermal baths, which also portray peacocks. This bird, conveying a wealth of symbolism, has been repeatedly represented in countless guises for more than four thousand years. In Medieval times, it was thought to be immortal. A symbol of fertility and permanence in India, the peacock is also featured on either side of the tree of life in the Middle East. Also known as the favourite creature of Juno, the wife of Jupiter in Roman mythology, its colourful depiction appears on a number of ancient mosaics.

The Divas’ Dream Peacock Dischi features a natural peacock feather marquetry dial. Using this inlay technique that dates back to antiquity and was a popular technique in Renaissance Italy, before being revived by Bvlgari in the 1970s, the dial is set with 24 natural hand-cut feather elements with a central circle fully depicting the “eye” of the peacock feather. The feathers are the result of a careful selection process that involves sorting through nearly 500 to find the greatest colour, texture and harmony. Once selected, each feather is passed over an antique brass steam engine to reveal its natural brilliance. They are then trimmed, glued, cut and pieced together to create the watch’s silky and reflective mosaic finish. The elegance of the feather marquetry dial meets watchmaking expertise in the in-house BVL 308 "dischi" automatic movement, an exquisite technical solution based on the rotation of two discs indicating hours and minutes respectively through a round and a pear brilliant-cut diamond. The case is embraced at either end by two fan-shaped motifs that connect to a deep blue alligator bracelet.