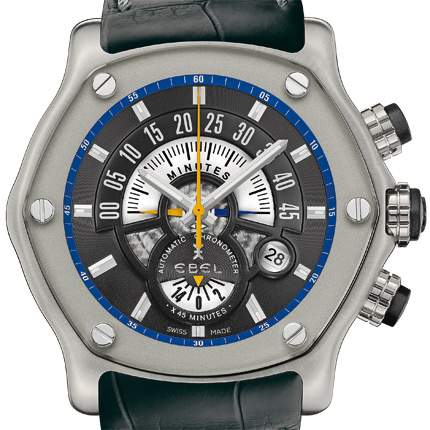 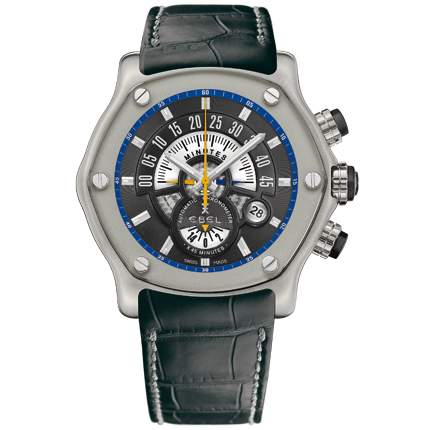 By combining the DNA of modern architecture and high-end watchmaking in a way that has never been done before, the 1911 TEKTON Real Madrid, produced in a limited edition of 500, affords the world's leading football club a vision of the future: a unique monobloc crystal and bezel construction merging seamlessly with a titanium case to produce an extraordinary timepiece featuring materials integral to the world's greatest contemporary architecture.

Over the past two years EBEL have led the advances made by luxury watches into the high-profile world of elite professional football. First it was Arsenal, one of the most famous clubs in England; then it was Bayern Munich, four times champions of Europe. Now, with the utterly original 1911 TEKTON Real Madrid, the Architects of Time are taking the watch industry into the most revered football territory of all.

Probably the most sophisticated men's watch EBEL has ever produced, the 1911 TEKTON Real Madrid is in a league of its own. It is the perfect complement for a club representing the capital of a country boasting some of the world's most futuristic buildings and a sport whose great stadiums are increasingly monuments of state-of-the-art architectural design.

The three-dimensional architecture of the watch cannot fail to strike a chord with anyone who has ever been to a professional football match. Not only is the face dug deep like the bowl of a stadium, but the rivets going through the crystal are reminiscent of the huge entrance towers that serve as landmarks at each corner of Real Madrid's own Estadio Santiago Bernabéu.

The 1911 TEKTON Real Madrid is a peerless union between the luxury watch industry and professional football. Unlike other watch brands associated with football, EBEL shares roots with Real Madrid that stretch back almost a hundred years and this unprecedented new timepiece is the perfect embodiment of that common heritage.

To carry a 1911 TEKTON Real Madrid on your wrist is to feel part of the most successful football club in the world. With its “Madridistas” chronograph function, blue dial flange and gold seconds, the colours of the watch are stamped with enough class to set it apart yet true fans will know the hidden meaning. It is a watch inspired by extremely deep core values of architecture and luxury executed in a timeless way.

EBEL has demonstrated its deep and lasting commitment to football by developing a proprietary movement specifically designed for all of its football watches, including the 1911 TEKTON Real Madrid. This exclusive chronograph movement, which keeps effective track of football match time, was developed by EBEL watchmakers and is assembled and tested in-house in its workshops at La Chaux-de-Fonds in Switzerland.

Designed to measure match half-times and code-named “245”, standing for 2 x 45 minutes, it even indicates injury time. The most distinctive feature is the football-shaped oscillating weight, personalized with the club logo and numbered according to the limited edition.

“The 1911 TEKTON Real Madrid represents the ultimate combination of what we have achieved so far in men's watches,” said EBEL president and creative director Marc Michel-Amadry. “A unique case construction, a unique movement and the mix of materials we have used are all testament to how proud we are to be associated with the greatest football name in the world.”