blog.dreamchrono.com - THE GREAT 2013 EDITION OF THE GPHG 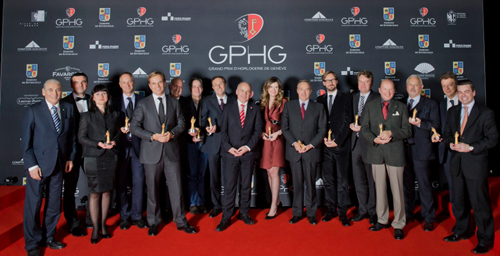 A few months ago, when the GPHG Foundation unveiled the names of the people who would have the extreme difficult job to reward the pieces that would stand as the top watches of the year, there were some doubts about their balance – and real watch knowledge. Bloggers where sitting next to experts, journalists, designers, collectors, architects, and even a prosecutor from NYC ! All these people were gathered around Aurel Bacs, head of Christie’s watch department – a very respected man in the watch industry who standed as one of the ultimate authority in this jury, and its president.

In the end, the selection of pieces revealed an extraordinary balance between well-known brands and niche ones, between manufactures and independent, between new-comers and institutions. This 2013 edition was probably the best of the past couple of years.

Rumors says in Geneva that this unusual jury will change next year. Some were relieved. But when we look at the following results, we must admit that this jury did an extraordinary work.