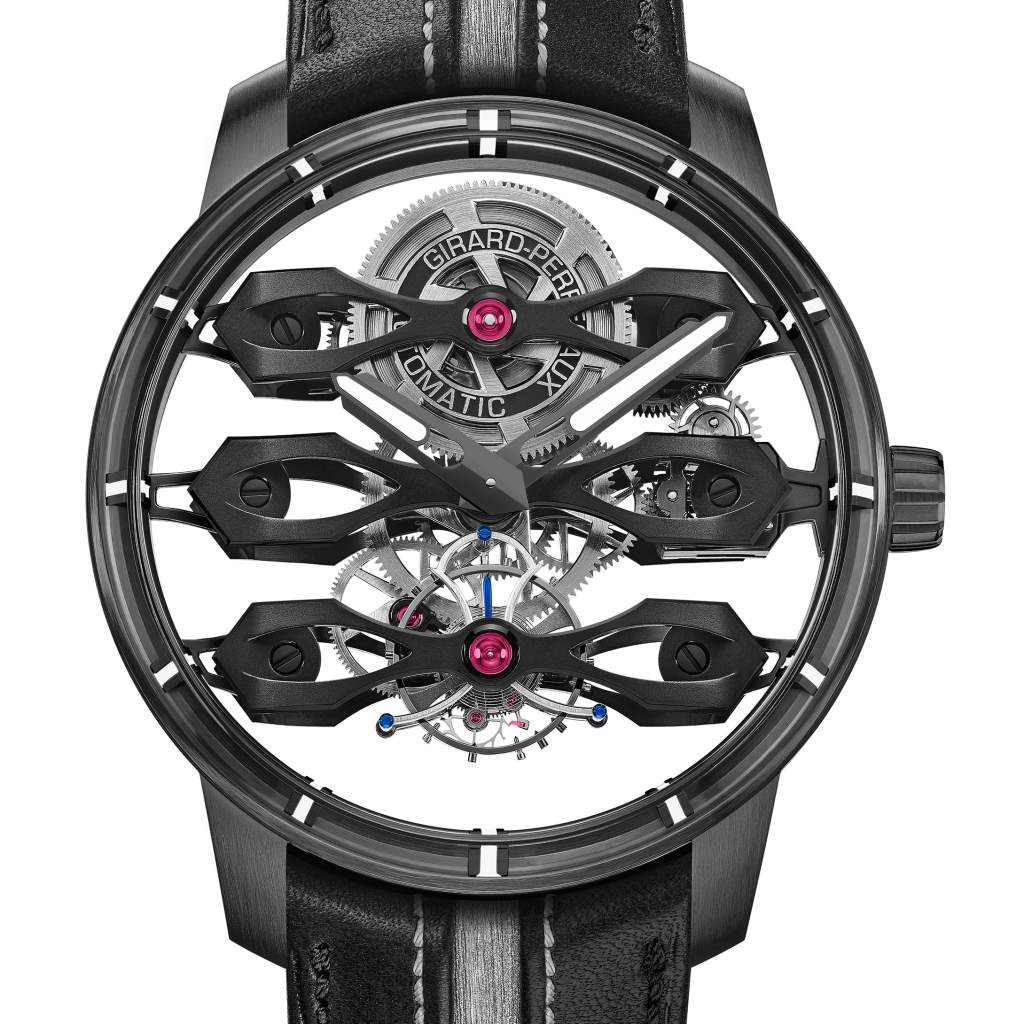 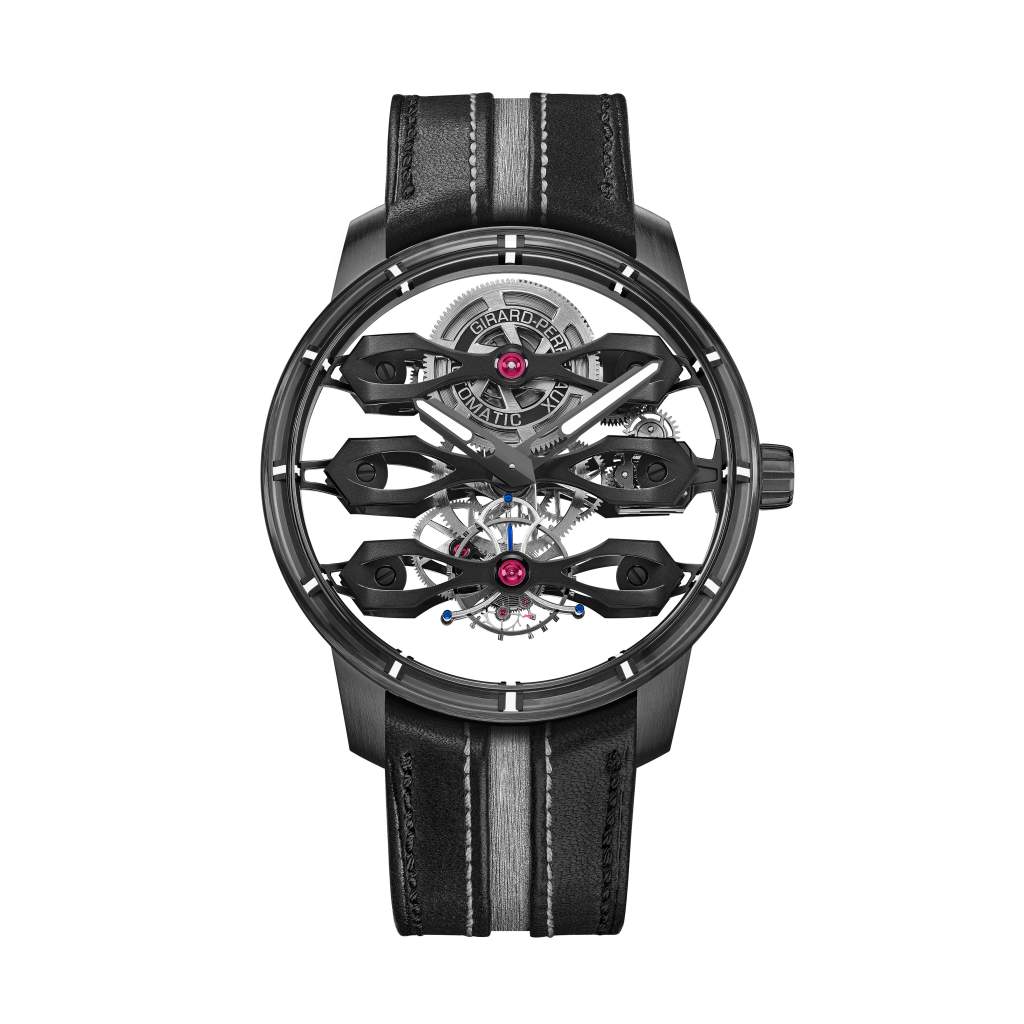 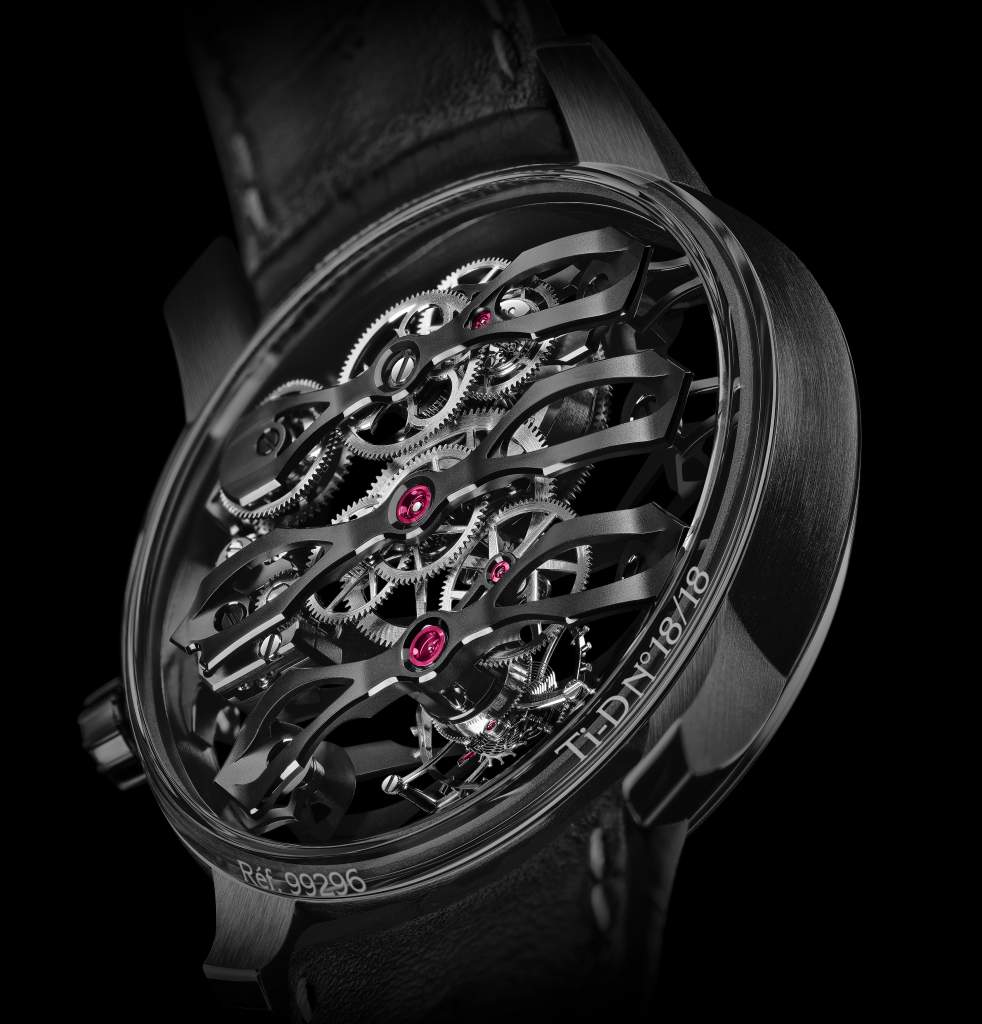 Both brands demonstrate a passion for refined craftsmanship and have been working together, sharing their understanding of design, materials and technology. This latest model celebrates the iconic Three Bridges pocket watch from the 19th century in a decidedly contemporary way, down to the smallest details, including the strap. The latter is a world premiere, presented in black calf leather and featuring Girard-Perregaux Rubber Alloy, an innovative rubber insert injected with white gold. The design of the strap is intended to evoke thoughts of Aston Martin racing cars of the past.

The 44 millimetre case of the Tourbillon with Three Flying Bridges – Aston Martin Edition is formed of Grade 5 titanium, a strong, hypoallergenic alloy selected by Aston Martin for its lightweight properties. It is suffused with black DLC, bestowing the watch with a stealthy appearance. Interestingly, titanium ore was discovered in Great Britain, the home of Aston Martin, back in 1791 by an English clergyman, William Gregor, in the same year Girard-Perregaux was founded.

A sapphire crystal ‘box’ is positioned front of house, as well as to the rear, coaxing light to illuminate the case interior, thereby augmenting readability. The movement eschews a mainplate, sitting between both panes of sapphire crystal and seemingly floating in mid-air. Three bridges, an iconic signature of Girard-Perregaux, span the dial and are formed of titanium with black PVD treatment and polished angles. The design endows the timepiece with an airy appearance, affording breathtaking views of movement components ordinarily hidden from view. While Girard-Perregaux has a long history of making the invisible visible, in this instance it has ventured off-piste, creating a watch whose movement appears to levitate within the case. This is achieved by paring back the movement, causing the mainplate to seemingly disappear within the case, thereby creating the illusion of the movement flying within the case. It was this particular characteristic that led to the term ‘Flying Bridges’.