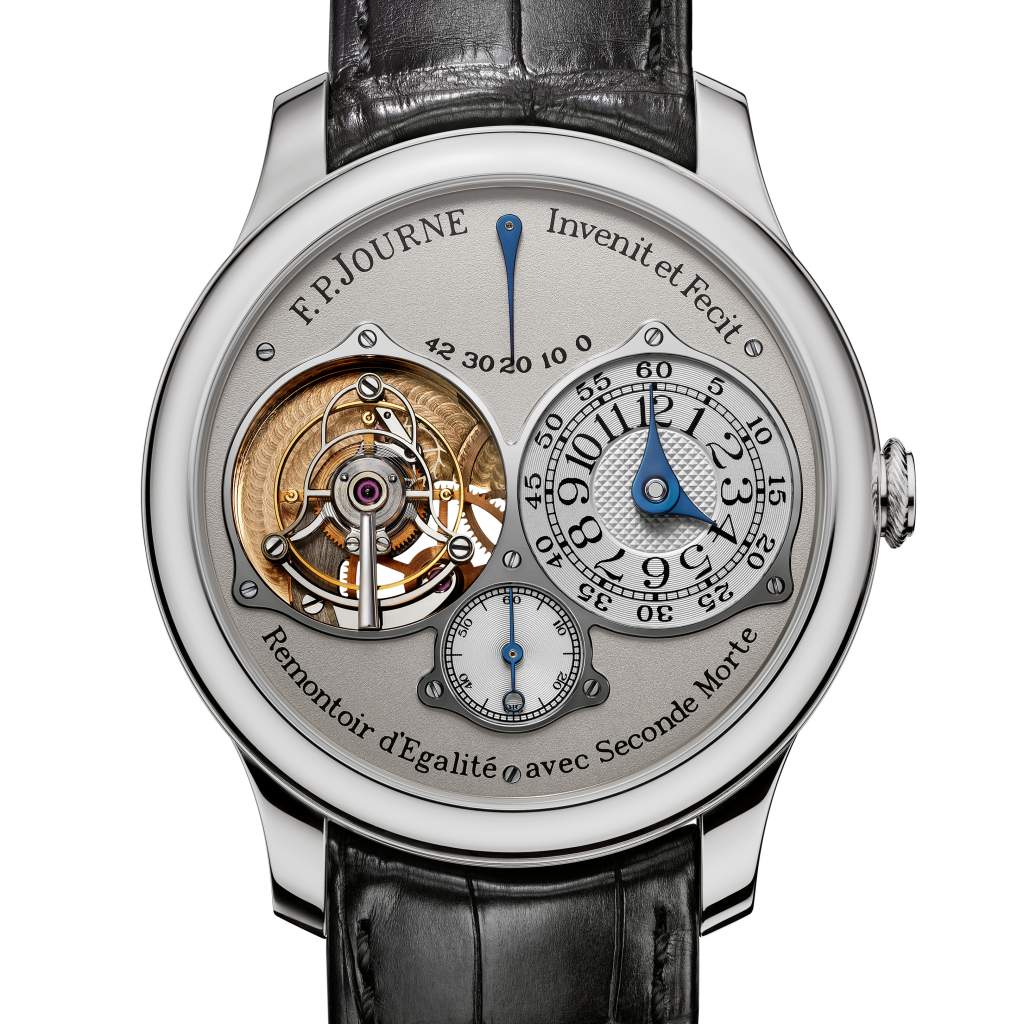 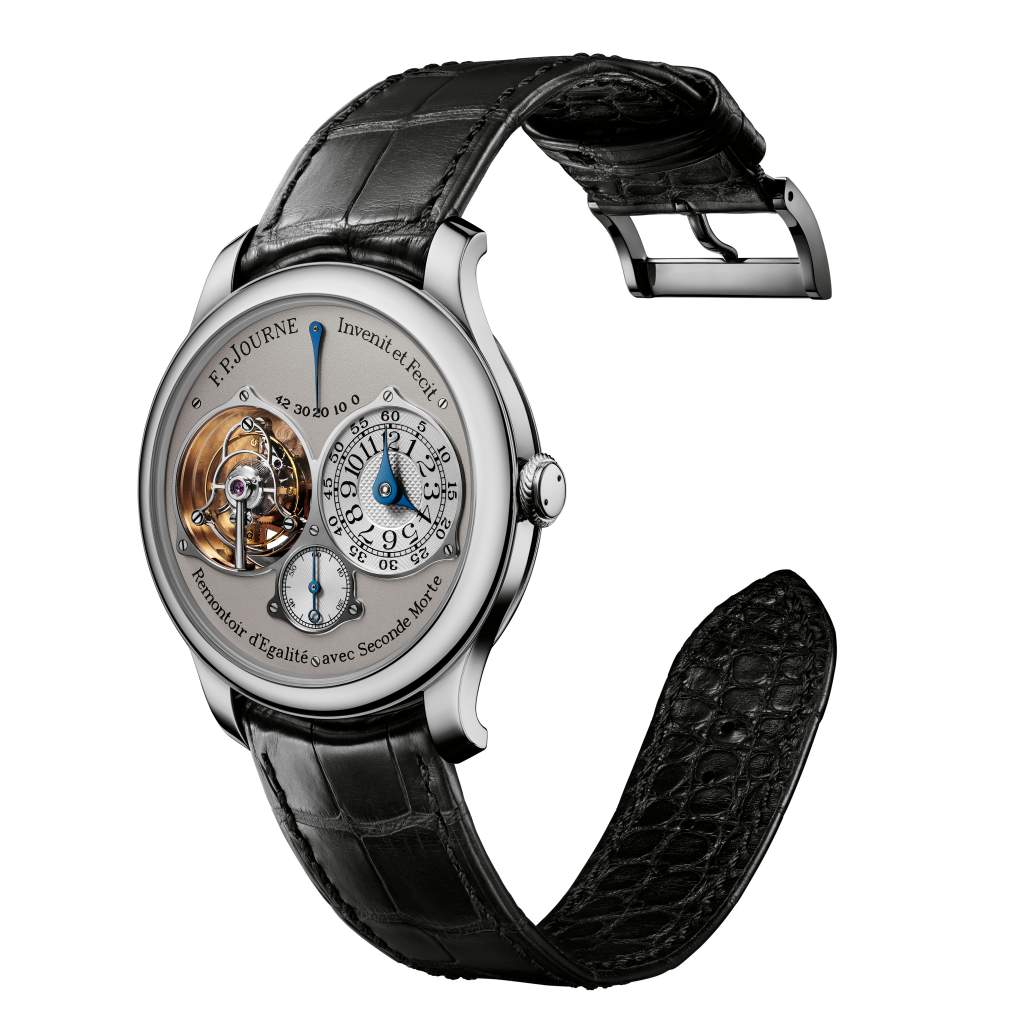 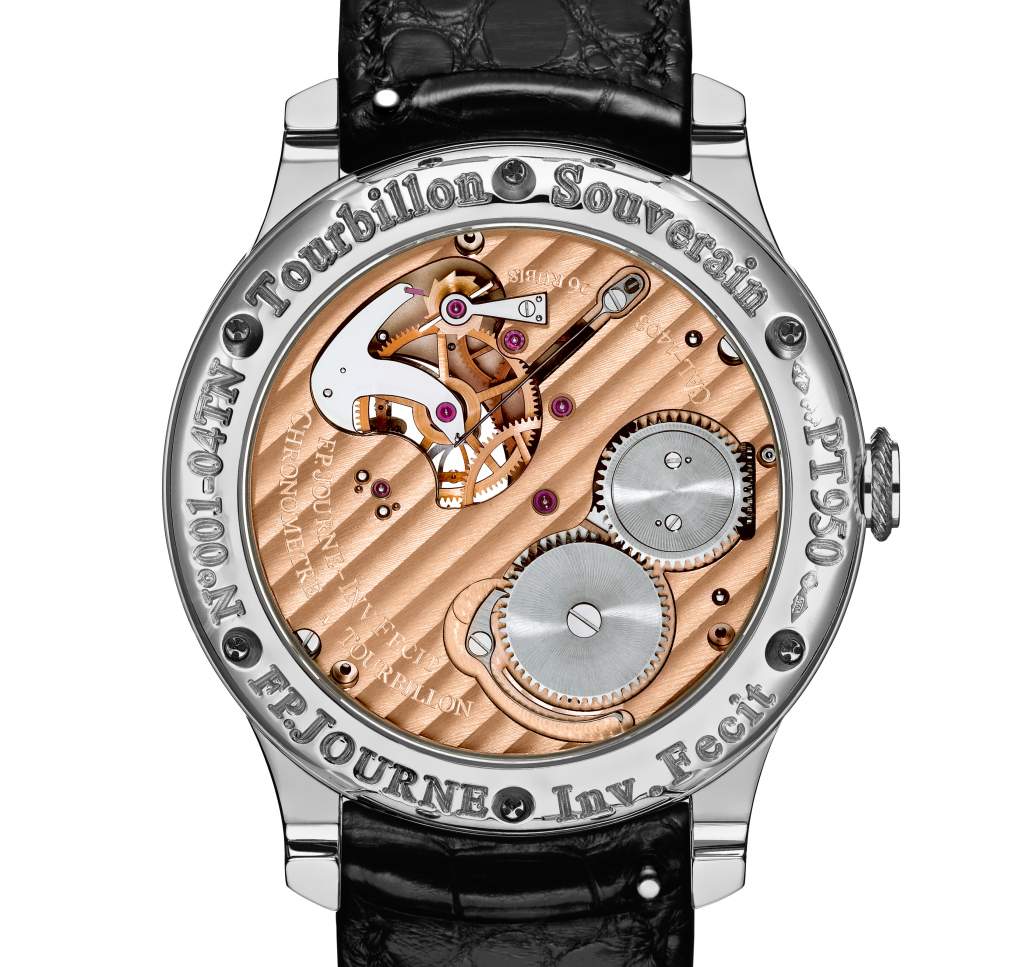 The only tourbillon with constant force remontoire and dead-beat seconds.

Driven by his thirst for timekeeping research and his creative needs, François-Paul Journe added in 2004 a dead-beat second to the Remontoir d’Egalité. This exceptional mechanism in 18K rose Gold, revealed through a transparent sapphire crystal case-back, incorporates the remontoire that the brand values since 1983 for its timekeeping performances.

This complication, representing a unique feature on a contemporary wristwatch, provides a more accurate read-off of time. The French term "seconde morte", called dead-beat seconds, stems from the fact that the hand remains motionless ("dead") for as long as the second has not actually elapsed. The hand thus indicates the second once it has actually gone past.

The dial features the distinctive identity of the F.P. Journe chronometers with the white or 6N gold dial and guilloché Silver hours, minutes and seconds subdials held on the watch face thanks to a Steel frame (a patented feature). The 42-hour power-reserve indication at 12 o'clock perfectly counter-balances the independent seconds display at 6 o'clock.