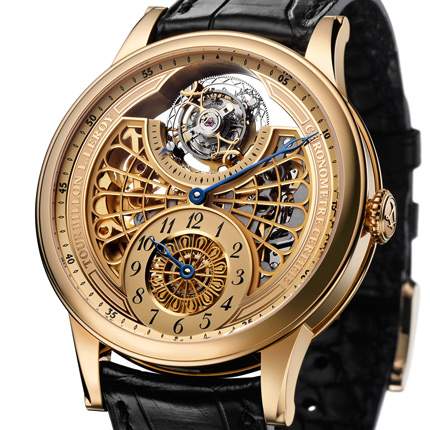 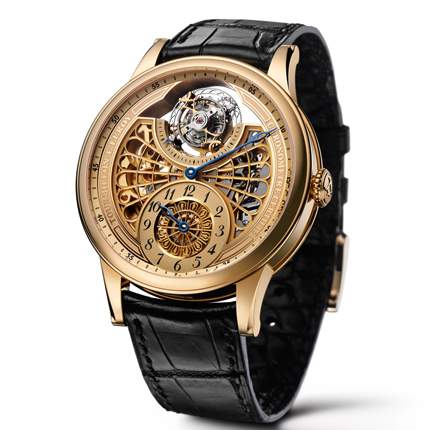 The name OSMIOR refers to an old metal alloy composed principally of gold. Its grey colour with blue reflections is similar to platinum. This precious material was regularly used by the L.Leroy company to manufacture the cases of its highly complicated watches so it was the natural name to choose for its traditional line. With its connections to watchmaking, this neoclassical name perfectly expresses the elegance and delicacy of L.Leroy watches. The OSMIOR line includes such exceptional models as the single push-button, automatic, column-wheel Chronograph, the automatic Retrograde Perpetual Calendar and the automatic Tourbillon Regulator.

Regulator
«Regulator» was the term given to the mother clock that watchmaking workshops would use to carry out the final adjustment of their watches before delivery. The regulator generally displayed the hour and the minute separately to make it easier to compare each new watch with it.. Because L.Leroy supplied these reference clocks to most of the world's national observatories (from the late 19th century), it also produced a large number for a range of scientific and industrial uses. As an emblem of chronometric precision, a regulator fitted with a tourbillon is naturally included in the company's new collection.

Tourbillon
The first tourbillon system was patented by Abraham-Louis Breguet in 1801 to compensate for the errors in rate caused by the effect of the Earth's gravity on the regulating organ of a watch. It is one of the most ingenious mechanical inventions in watchmaking history, but is also one of the most difficult to produce. In this model, L.Leroy offers an ultra-modern version of this famous system by incorporating a full diamond lever escapement.* This significantly reduces the weight and increases the hardness of the mechanism, making it possible to guarantee the very high precision and stability of the piece for up to 6 times longer than with classic systems.