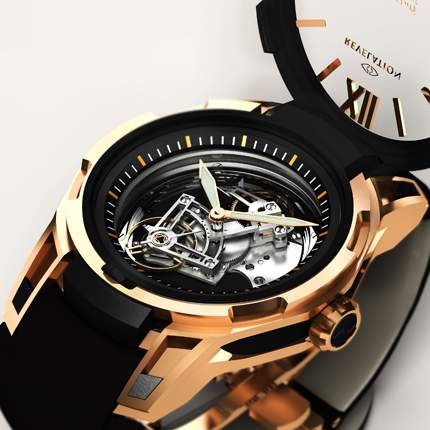 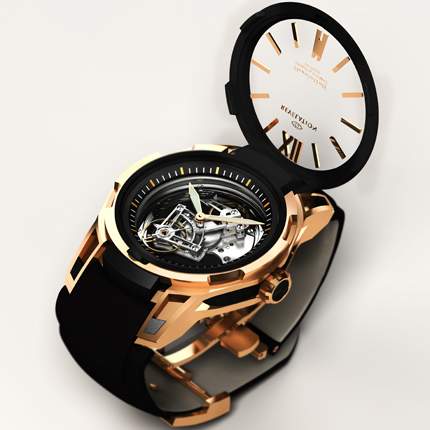 The REVELATION 1 is the first model launched by the REVELATION brand.
This high-end double complication watch enables the movement to appear mysteriously thanks to an ingenious system invented and patented by the founders: Anouk Danthe & Olivier Leu.

A secret pusher hidden in the case releases the bezel which activates the first of the two Complications : the REVELATION System®. This water-resistant mechanism, unique in the watchmaking industry, is made with two polarizing discs coupled with a double differential which gradually reveals the second Complication : the Tourbillon Manège.

The case is a complication in its own right. Its immediately recognizable design stems directly from its function because the case interacts with the two complications. It is made of 71 components. To create a REVELATION case, which weighs 154 grams when complete, you have to start with no less than one and a half kilos of gold because every part is machined on a computer numerically controlled (CNC) machine.