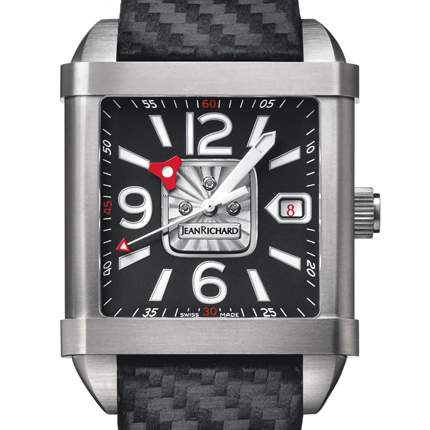 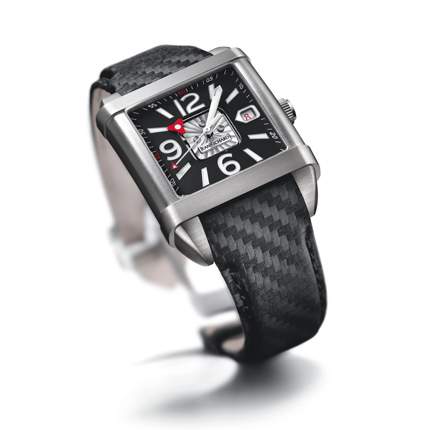 Haute Horlogerie enthusiasts seeking originality cannot fail to be won over by the latest Paramount Time Square from JEANRICHARD, inspired by mythical Times Square in New York. A whole new perspective towards reading the time.

The theme is inspired by New York, but the design of this timekeeper is no less from La Chaux-de-Fonds. Faithful to its tradition of innovation, JEANRICHARD manufacture is opening up a new path in the field of watch-making complications: thanks to its celebrated base movement JR1000 manufactured entirely in its workshops, to which an ingenious model has now been added.

JEANRICHARD's engineers have taken much of their inspiration from the movement of the Earth around the Sun in designing this square trajectory called "hypocycloid", curves described by the trajectory of a fixed point to a circle which travels without sliding over another circle (called master) and inside it.

The Earth completes two rotations: the first one on itself in about 24 hours, and the second one around the sun in about 365 days. The hour indicator performs one turn around a quadrangular trajectory in twelve hours and a turn on itself in three hours; each arrow fixed on the indices indicates the hours over time. The square hour system is based on a ratchet train and planetary gearing. The power is taken from the hour wheel and the torque is transmitted to the planetary wheel.

This second version of the Paramount Time Square perpetuates the original case design inspired by the Bauhaus architectural style so characteristic of the 1930s, but has a more sportive look thanks to the titanium coating on its case and its carbon fibre effect strap. Its matt black varnished dial, revealing the movement's Côtes de Genève bottom plate, and its three Arabic numerals (6, 9 and 12) in luminous material give it a sober, elegant and contemporary appearance all at once.