Horological Machine No.5 'On the Road Again' 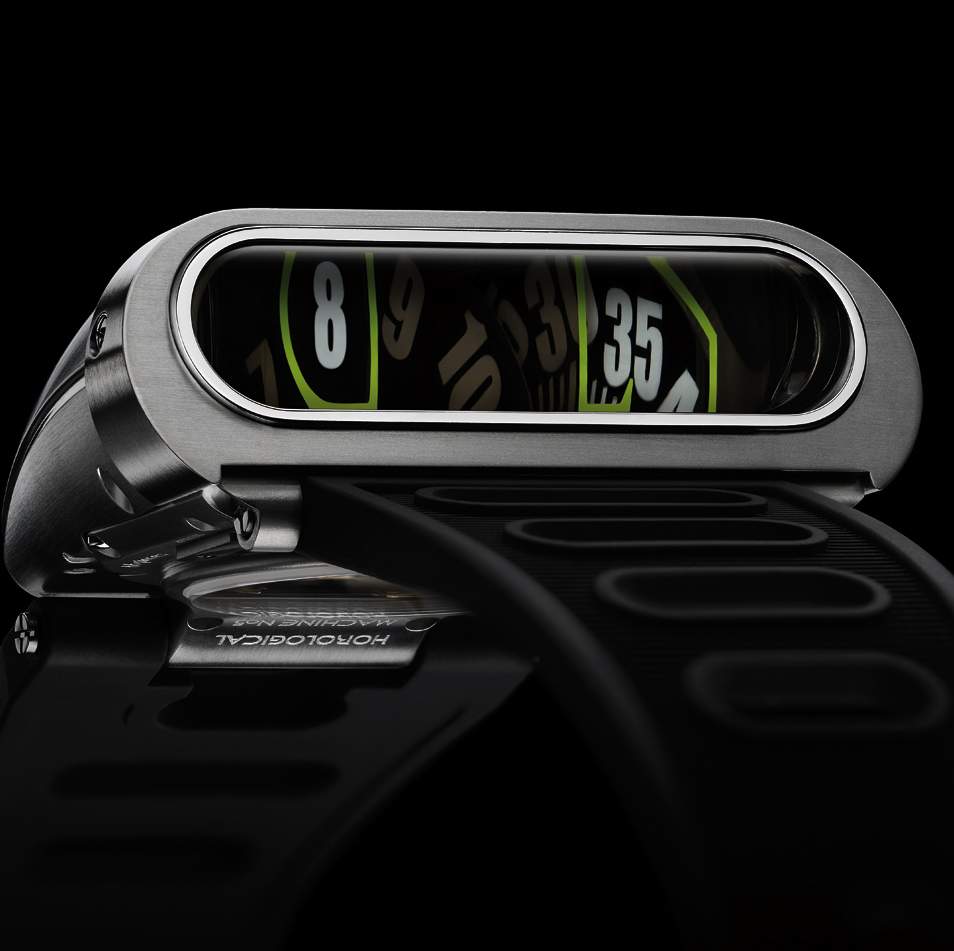 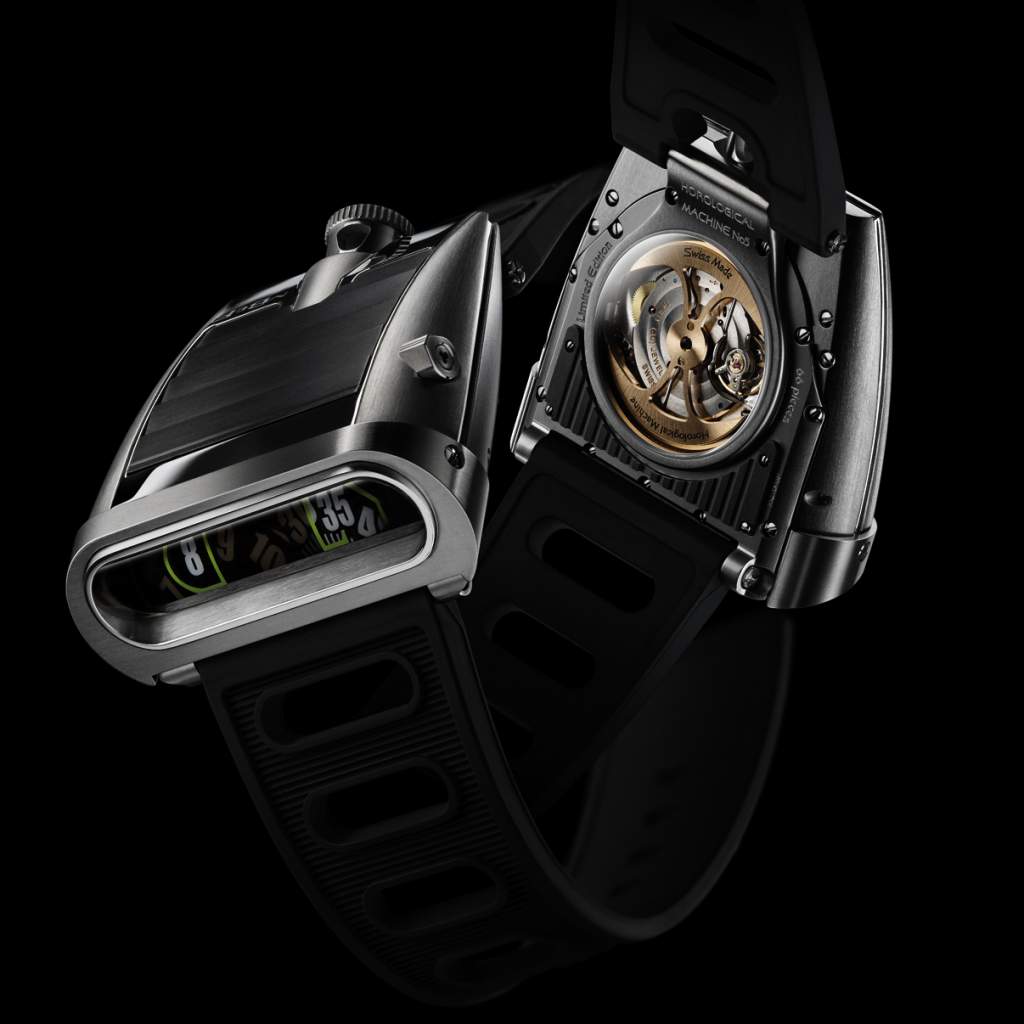 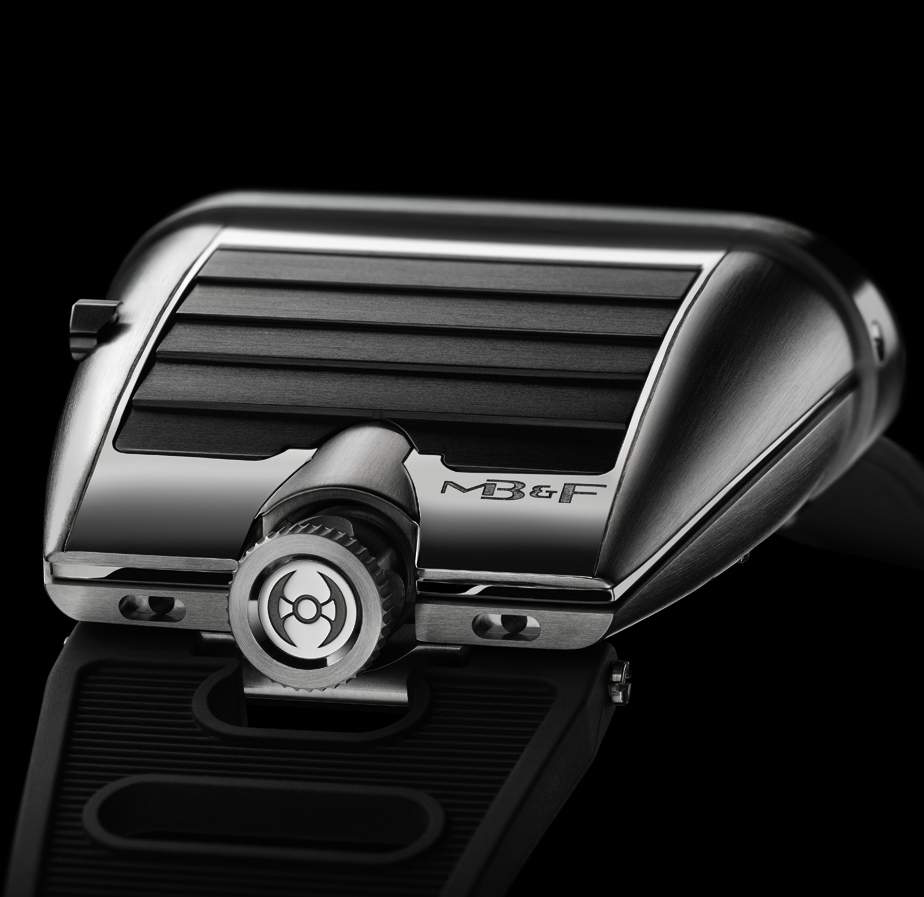 HM5 'On the Road Again' is a tribute to the 1970s: even though its movement is mechanical, the case is inspired by the futuristic designs of the quartz era, as well as the "supercars" of the time.

HM5 may appear relatively simple, but it’s complicated: the movement and display are a combination of mechanical and optical engineering. The indication of hours and minutes looks straightforward, but they are bi-directional jumping hours with indications inversed and magnified, thanks to an optical grade sapphire prism that reflects the hours and minutes vertically.

A typical feature of the 1970s supercars was their rear-window flaps. The flaps of HM5 open to let light in and charge the SuperLuminova numbers of the hours and minutes. Another distinguishing feature of supercars are exhaust pipes. HM5 has dual exhausts to drain water, in case HM5 gets wet. An inner water-resistant compartment keeps HM5’s Engine nice and dry.