The harmony of Dragon and Phoenix 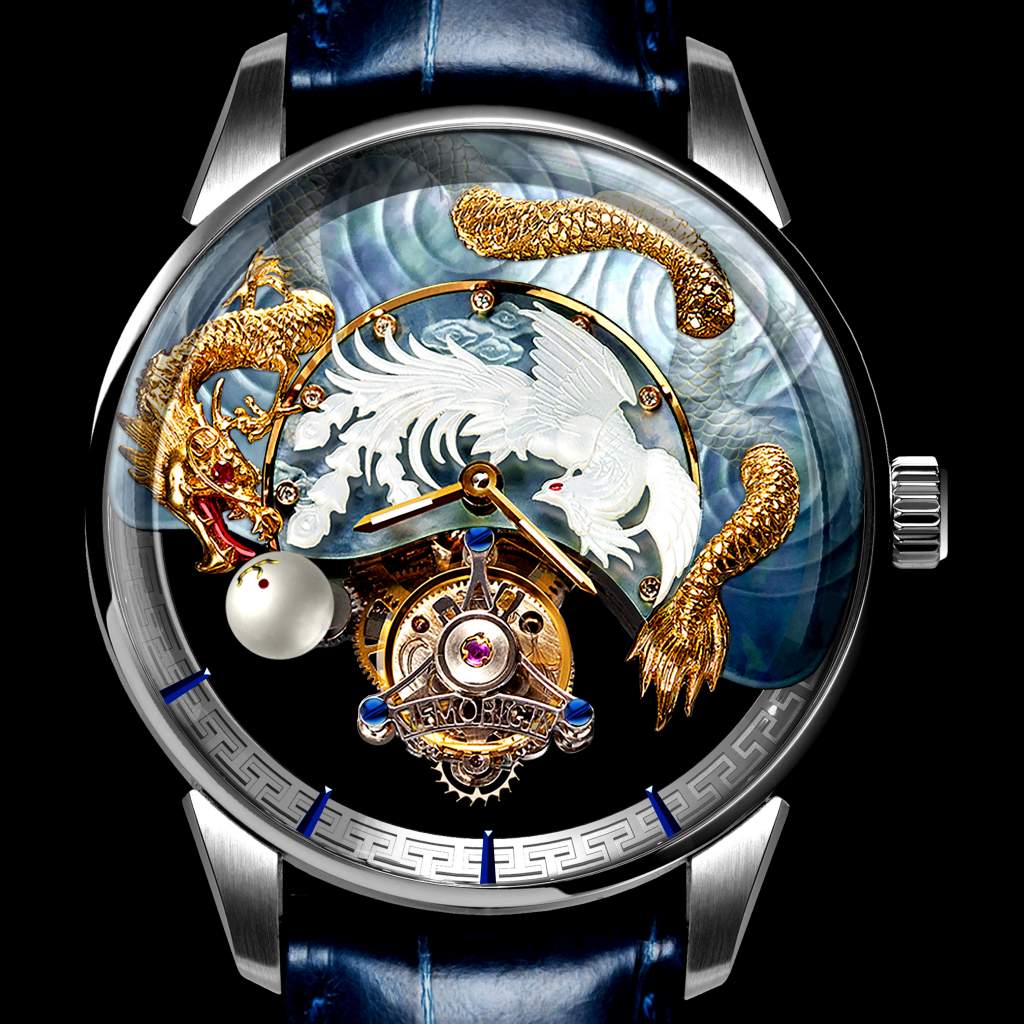 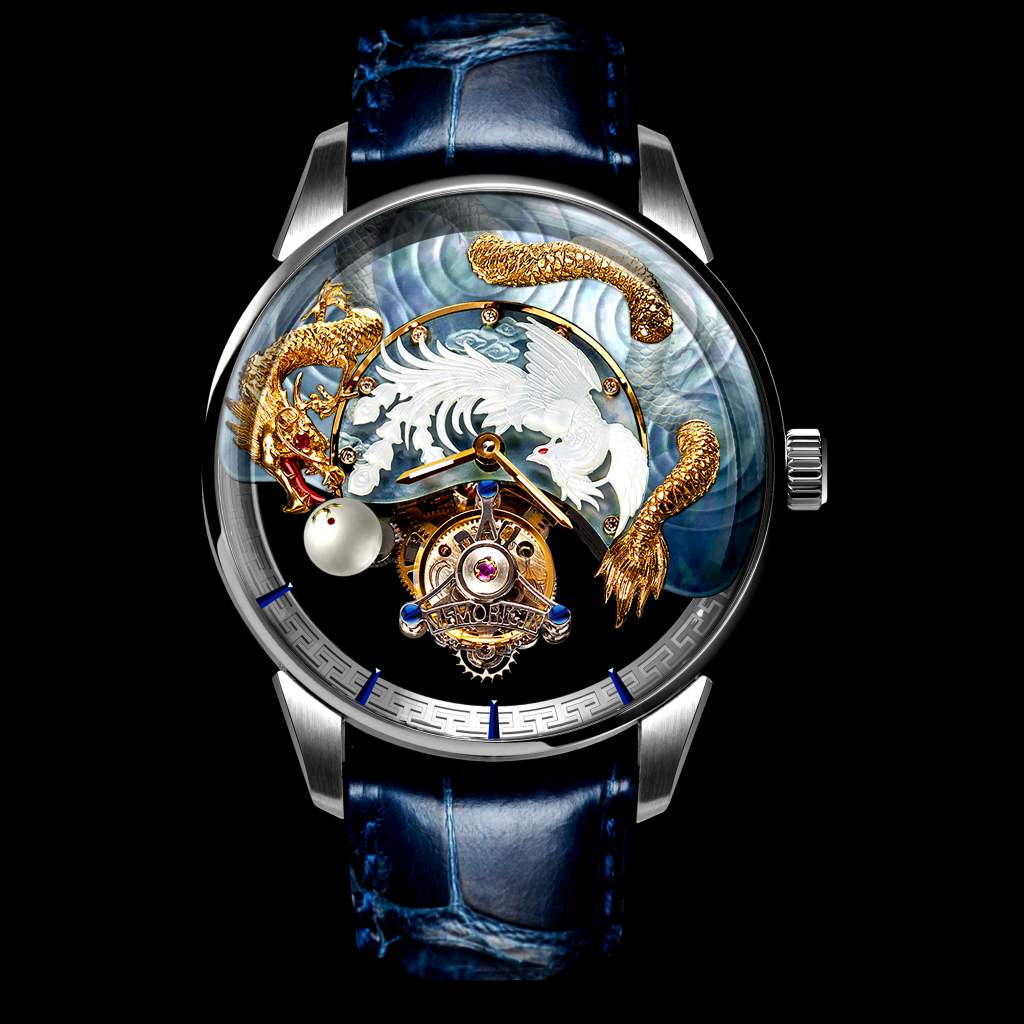 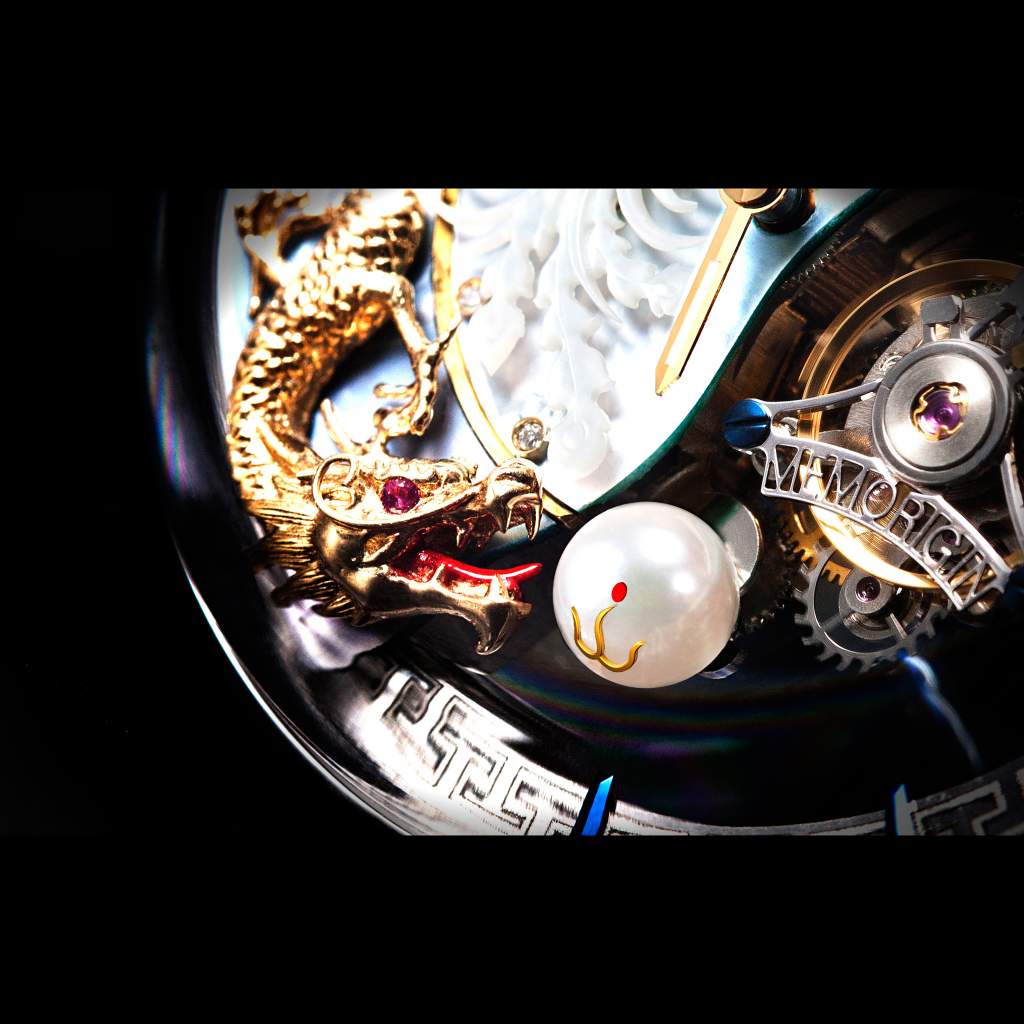 The harmony of Dragon and Phoenix

Dragon and Phoenix are spiritual and cultural symbols which represent auspiciousness and harmony. Dragon is considered to be ancestors of Chinese. It characterizes strength and passion. Phoenix, on the other hand, represents kindness and tenderness. Dragon and Phoenix together, demonstrate the balance between Yin and Yang, the contrary forces that give rise to each other. This concept, was widely applied in architectural structures and during festivals in ancient China.

Memorigin, the Hong Kong Tourbillon watch brand, has always been a strong advocate for the Chinese culture. The brand brings together fine Chinese craftsmanship and precise Western tourbillon watchmaking techniques to create “The harmony of Dragon and Phoenix” series. The outcome is an everlasting art piece that will be keepsake for generations.

With the background of heaven and earth on the dial, the Dragon sails through the blue ocean. The immortal phoenix takes off under the sunset, forming a harmonious scene. The 18K Gold Dragon is created with reference to ancient palace sculpture in the late Ming Dynasty and early Qing Dynasty. The facial expressions, hair, claws and scales are meticulously crafted. The eyes of dragon are made of Burmese rubies which sparkle brilliantly. The dragon's body under the water as well as the ripples around are sculpted sophisticatedly, which gives rise to a vivid and lively looking dragon.

At the center of the dial, a realistically carved phoenix is taking off to the sky, outlining a peaceful scene. The delicate feathers of the phoenix were carved finely and elegantly. In order to create a three dimensional view, multi-layered mother-of-pearl and precious metals are used to create the dial. The Phoenix is engraved on a layer which is 0.5mm above the dial. The vivid sculpture of phoenix flying in the sky fully demonstrated the fine craftsmanship.

Another highlight of this series is“Long Tu Zhu”, the flaming pearl at 8 o'clock position. Ancient Chinese believes Dragon has been practicing for centuries in order to refine a pearl, the internal alchemy, in its body. The dragon will spit out the pearl occasionally in order to absorb energy from the nature. Memorigin recreates this legend by using extremely refined craftsmanship to hollow out Akoya pearls from Japan, and fills the surrounding tubes with the world’s most powerful illuminating tritium gas (H₃). The tubes can sustain brightness for close to 40 years. The pearl rotates at a speed of 60s per cycle, complimenting with the rotation of the flying tourbillon with a frequency of 28,800 vibrations per hour at 6 o'clock position. The endless rotation of the pearl symbolizes eternity and fortune.

The surface of the dome-shaped 2.5D sapphire glass enables one to appreciate the traditional sculptures and fine mechanical craftsmanship from both the front and side views. Memorigin overcome all challenges and reinvented the automatic tourbillon movement for “The harmony of Dragon and Phoenix” series. The automatic tourbillon movement provides 72 hours of power reserve, with frequency of 28,800 Oscillation/ Hour. Several parts of the movement were minimized to display a more spacious and spectacular view.