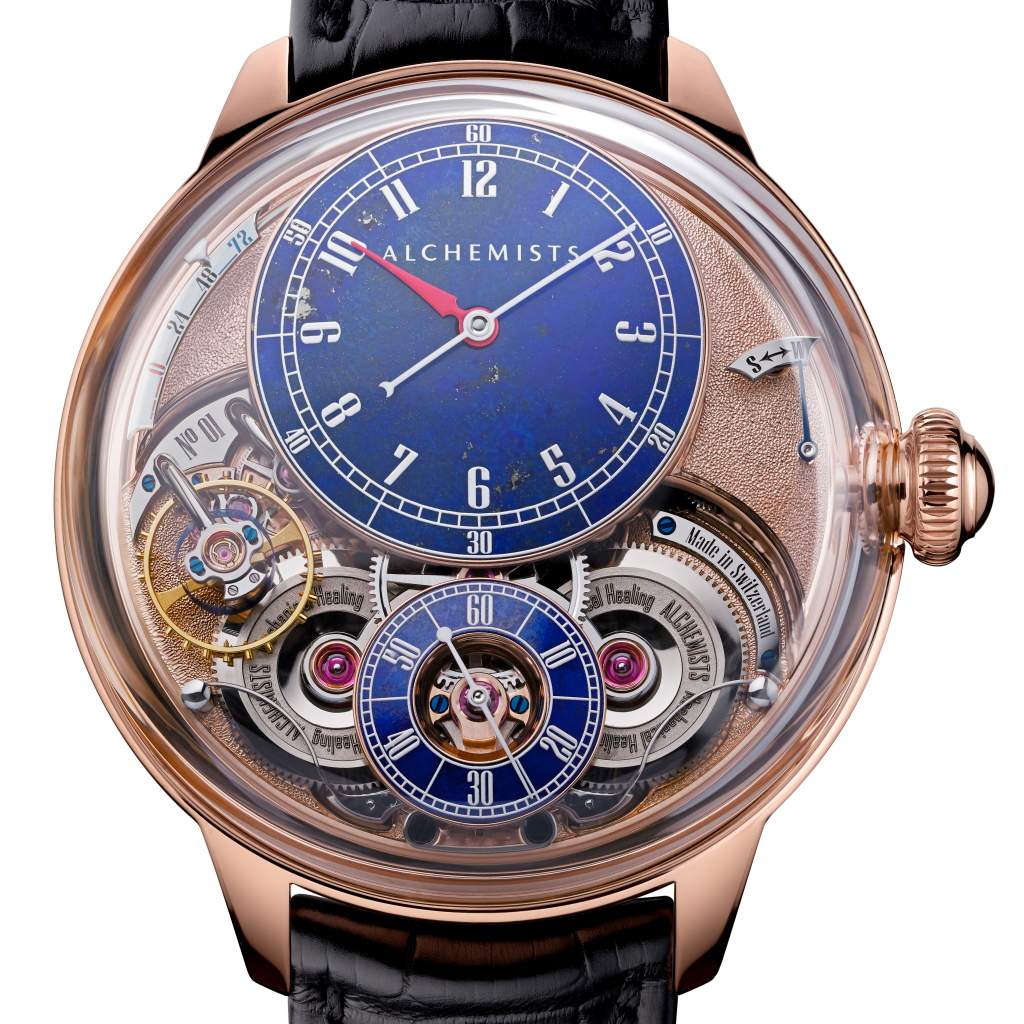 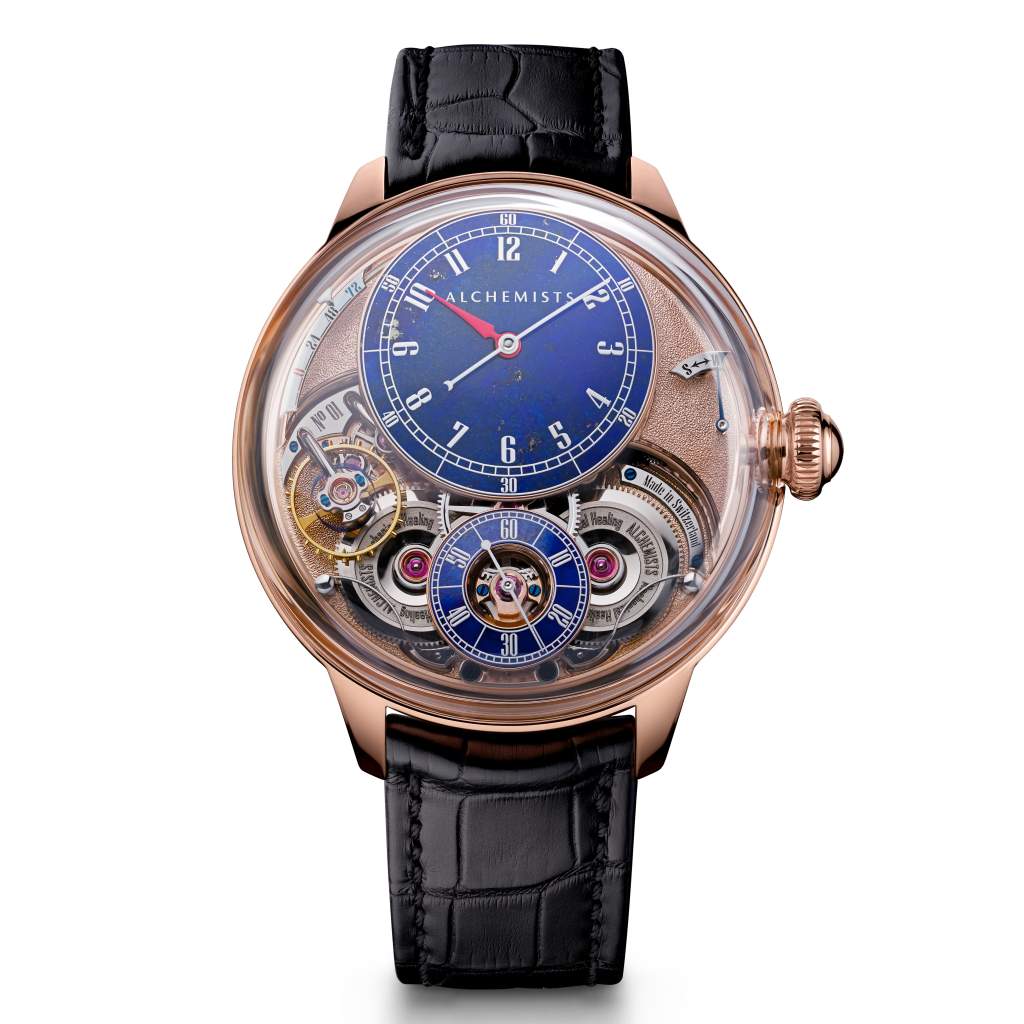 The inaugural pièce Cu29 is the first part of a trilogy of calibers dedicated to the Mechanical Healing.

This first creation aims at being simple and essential in terms of functions. However, even though these latter are simple, boundless technical, aesthetical and execution prowesses are gathered in this first chapter.

This timepiece is also the assessment piece created by Hervé Schlüchter and assented by Philippe Dufour, since it is designed and executed according to the philosophy and methods of the Master from the Solliat.

This new and revolutionary alloy is a world premiere because it preserves the positive qualities of copper and its ancestral benefits without any oxidation throughout the time. This alloy is more stable than rose gold against oxidation. This is why the entire case and most of the Cu29 caliber are only made in Cuprum 479. The crown is also made of Cuprum 479, as is the buckle pin. Thus, there is no metallic surface being in contact with the skin that is not made of Cuprum 479.

The unprecedented ‘atmosphere’ sapphire glass that has a small diameter at its base expands toward the outside and then takes on a hemispherical curve that encapsulates the caliber. The atmosphere crystal is pierced by the crown tube which is integrated directly into the glass.

In order to respect the benefits of the copper-based alloy that needed to be in contact with the skin, it was not possible to keep a glass at the back of the case. For this reason, the caliber displays an inverted architecture. As a result, the barrels and their pawls are placed in the front of the caliber. These latter offer a fully unique visual spectacle during the winding process, when one can see each spring of the suspended moustache shaped pawls move along, for the own pleasure of the user.

The regulating organ is made of a variable inertia felly and a blued cylindrical spiral like in the fashion of the antic navy chronometers. This type of shaped spiral is extremely rare nowadays.

Just above, between 10 and 11 o’clock, the power reserve is indicated by a cursor moving along a peripheral gear bar indexed from 0 to 72 hours. On the opposite side, between 2 and 3 o’clock, the selected function is indicated : W (wind) or S (set). The dials in lapis lazuli because of their litho-therapeutic benefits, are located at 12 o’clock for the hours and minutes, whereas the small second is displayed off-center at 6 o’clock.

The finishing and decorations are all made by hands, according to the techniques of Philippe Dufour : traditionally buffed and polished corners, drilled and hand polished balance bridge and sweep second cock, escapement wheel on black polished endstones, rounded and moveable Geneva hairspring stud holder, moulded ringed and beveled wheel and intermediate wheels, and black-polished and hand-blued screws. The hour, minute and second hands are rounded by hand. The power reserve and selector dials are made of black-polished steel adorned with a lacquered engraving. The double barrels linked in parallel are beveled and finished by hand.