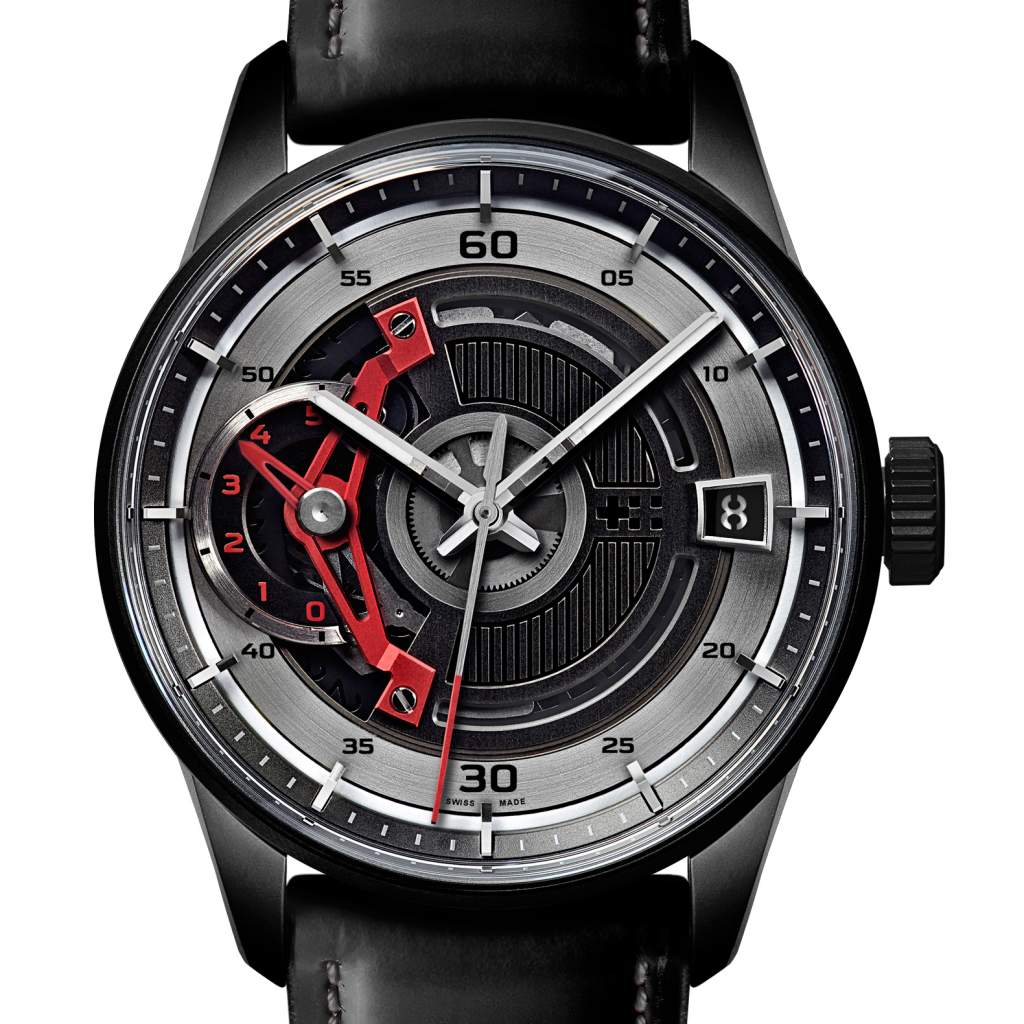 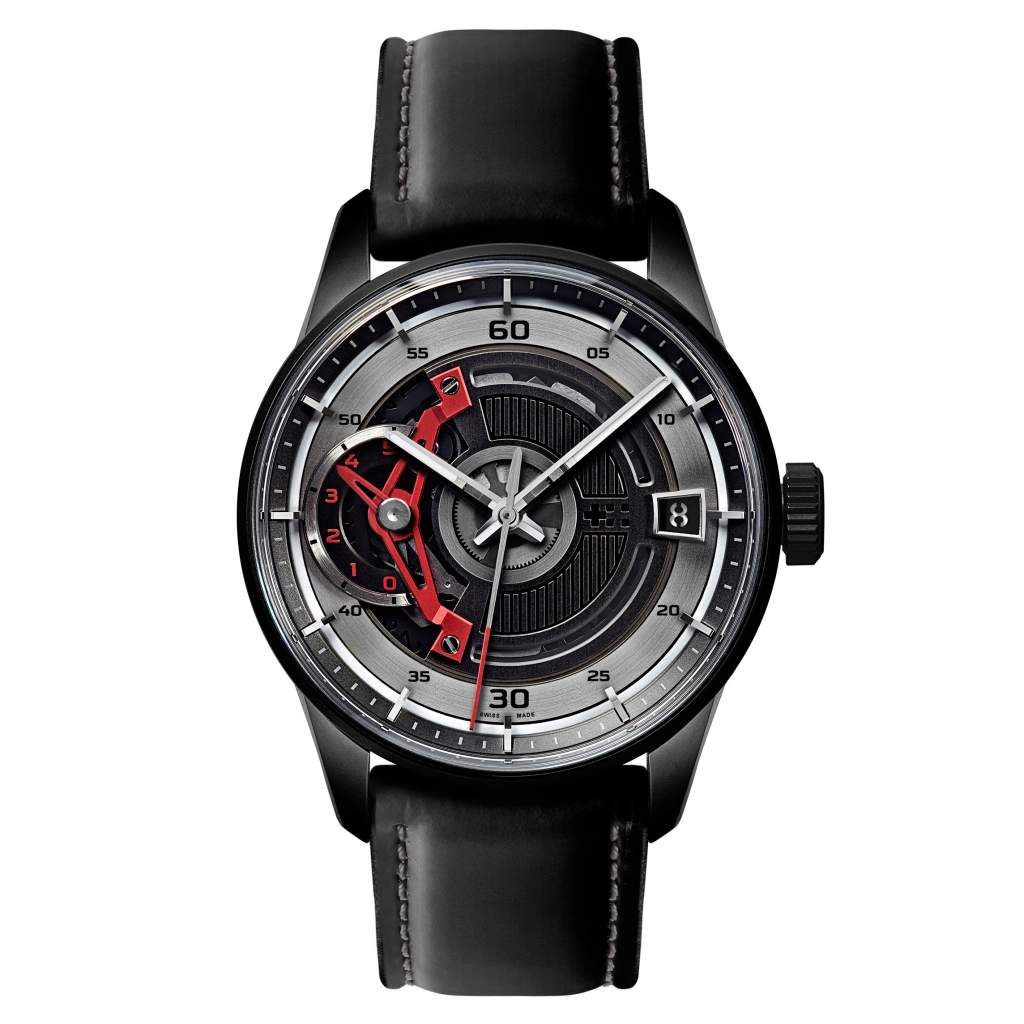 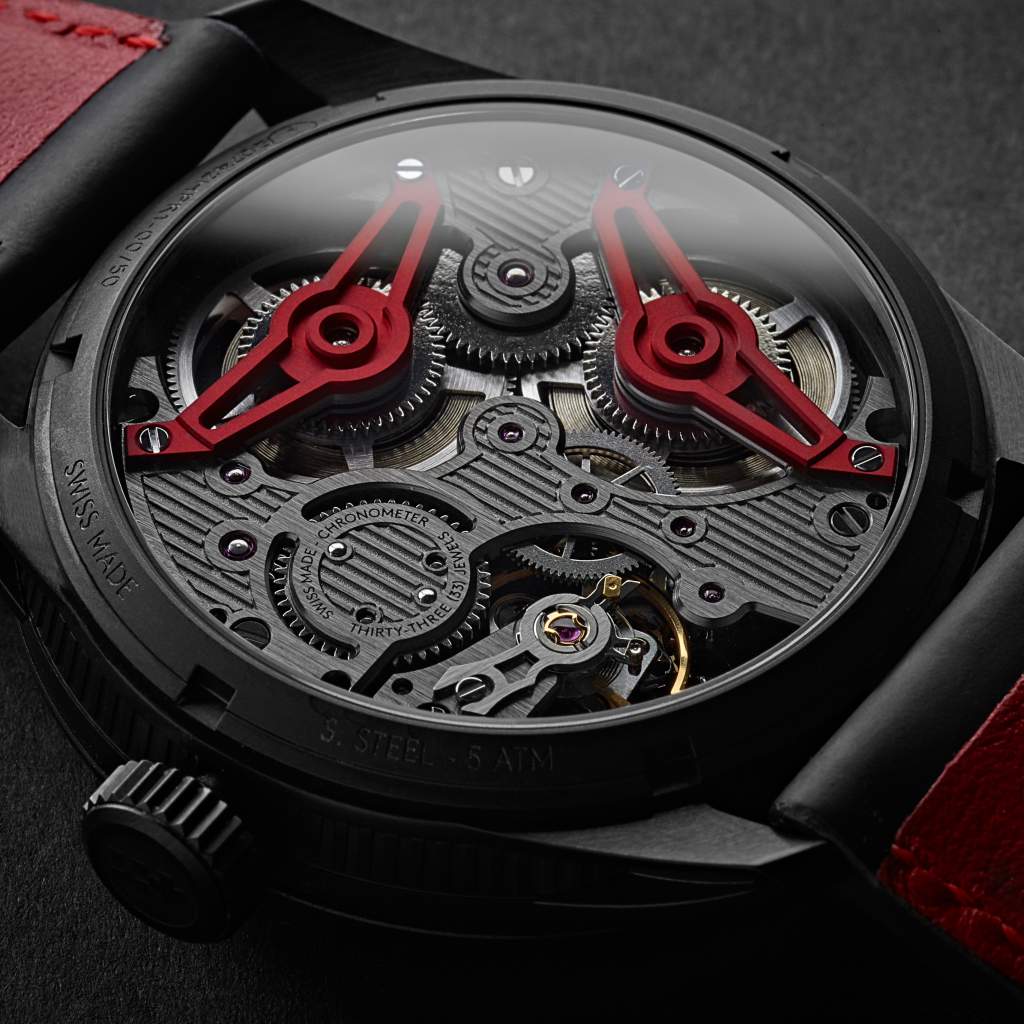 Hyperbole plays a role in the marketing of any watch, and in the case of the C7 Apex – apex being the Latin word for ‘summit’ or ‘peak’ – its name establishes a certain level of expectation. Yet here, it’s warranted: this fifty-piece limited edition is a milestone moment in the journey of Christopher Ward. Engineered to mark five years since the team first held the original prototype of the brands in-house movement, Calibre SH21 – a creation that was as symbolically important as it was technically brilliant – this timepiece represents the progress Christopher Ward has achieved since then.

Designed with the intention of showcasing more of Calibre SH21 than ever before, the mechanical modernity of the C7 Apex Limited Edition’s semi-open dial is bold, futuristic and quite unlike anything Christopher Ward has ever produced. On the dial, both the Apex’s hands and a recessed outer ring have been filled with white Super-LumiNova®, the power reserve hand is mounted onto a red skeletonised bridge and a raised speedometer-influenced indicator is finished in a combination of red, black and steel detailing. Then, a ruthenium-coated plate has been cut away to reveal glimpses of the movement underneath – most prominently in its centre, where Calibre SH21’s hour wheel is wholly visible for the first time. The striking timepiece is also housed within the distinctive four-part case of Christopher Ward’s motorsport collection, which is constructed from sandblasted and matte finished steel, with a grey DLC coated steel band around its centre.

The C7 Apex Limited Edition is powered by a hand-wound, chronometer-certified Calibre SH21 movement, complete with 120-hour power reserve. Christopher Ward created Calibre SH21 at a time when no other British watch brand had created a commercially viable in-house movement for 50 years, marking a significant achievement for the brand. In the five years that have since passed, Calibre SH21’s decoration has been tailored on multiple occasions to reflect the watches it has appeared in. For the C7 Apex Limited Edition, the movement and the dial were planned in unison - sharing the same red bridge (two this time, one for each of Calibre SH21’s barrels); the same vertically brushed ruthenium; and, much like the minute wheel visible through the dial, both of SH21’s mainsprings have been revealed. By paring down its front and back, Christopher Ward’s in-house movement has been given the showcase it deserves, along with a level of detailing previously unseen until now.