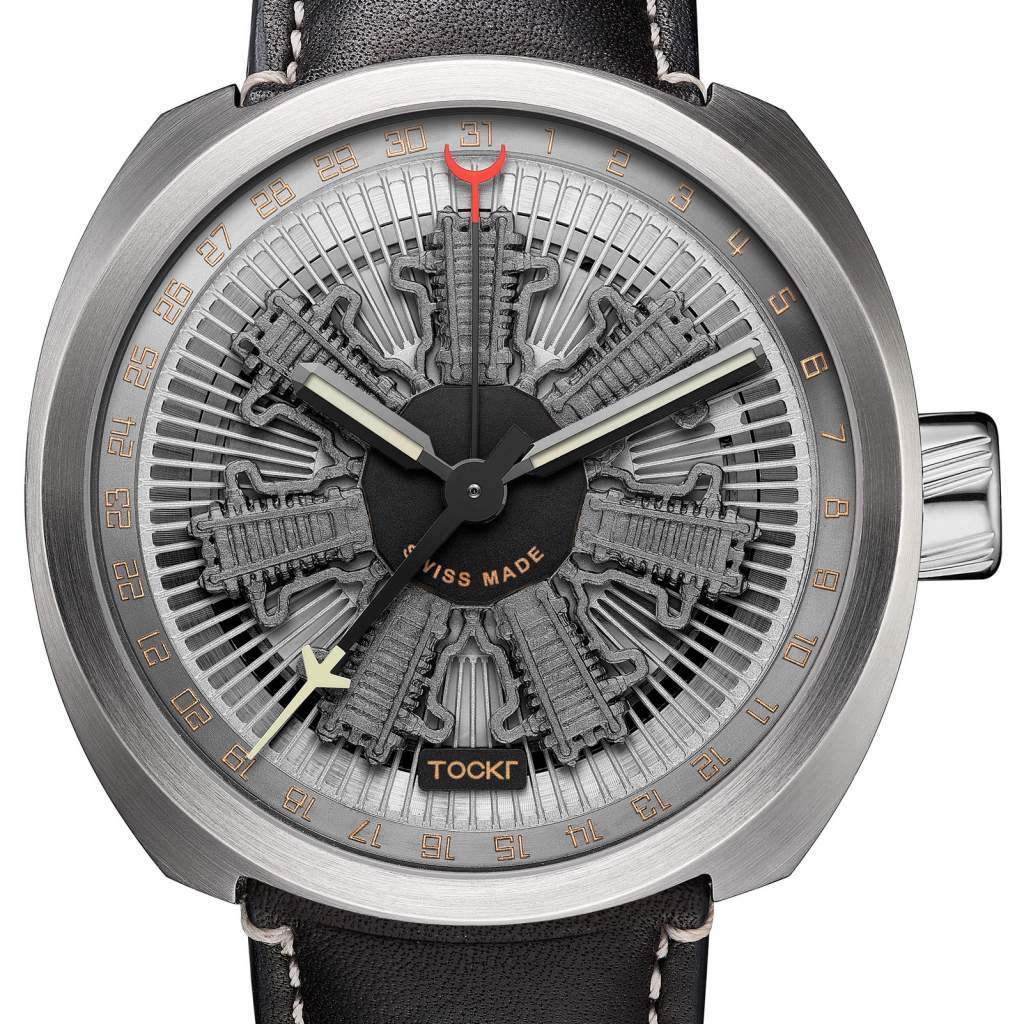 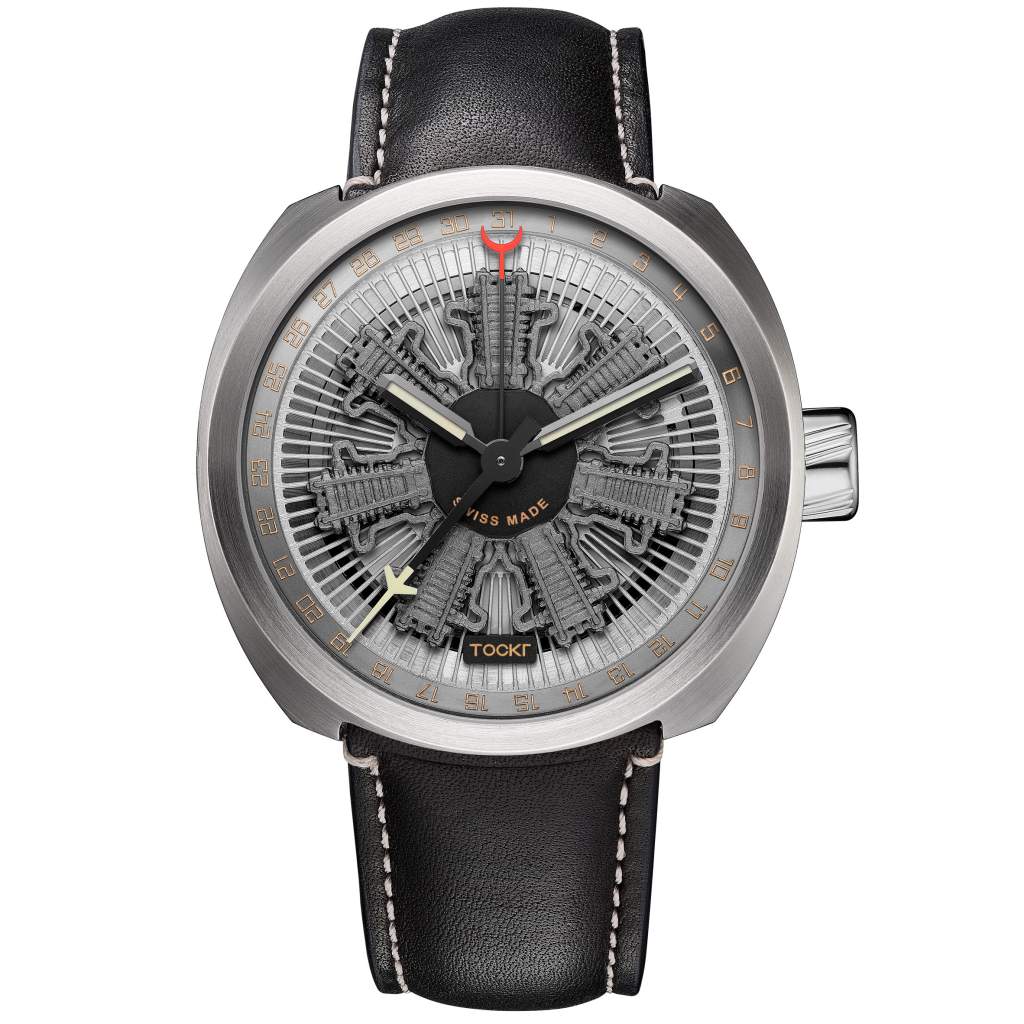 The Radial Engine line has all the elements of the original TOCKR brand DNA by reproducing for the first time in a watch dial, in 3D, the Radial engine of the famous troop-carrier and support equipment aircraft during World War II, the C47, from airplane manufacturer MC DOUGLAS. It's the family legacy of the brand's founder - Austin IVEY - from the city of Austin, Texas, which is at the root of this direction and makes TOCKR one of the most authentic american watch brands of the moment.

This passion for watchmaking and aviation can be traced in the story of Austin's grandfather who served as Pilot Lieutenant in the US Army during World War II. He flew that C47 for 52 missions over the „Hump“, the infamous eastern end of the Himalayan mountains between China and Indi for wich he was awarded with the China War Memorial medal. It is in his honor and memory that the Radial Engine is born.

The 42mm cushion-shaped 316L steel case houses the FELSA LS 726.A11 automatic caliber which has been completely modified to fit the details of the 3D hand-made dial manufaccture by Tec-Ebauches in Vallorbe. The bottom of the case expresses the bi-nationality of the brand through a subtle engraving evoking the national flags of Switzerland and Texas.

The dial is a detailed 3D reproduction of a McDouglas C47 Aircraft Radial Engine, composed of various elements. The central engine, made in a bronze cast and completely retouched by hand before being put in anthracite GUN color, is completed by a 5N gold-colored center plate decorated with sun and engraved SwissMade. The rhodium-colored base dial takes up the grid located at the rear of the Radial engine as it is the case on engine equipping the aircraft. Finally, the anthracite GUN colour flange is engraved with the 31 days of the month in 5N gold color.

There are DNA signs on the hands too which are equipped with superluminova for a reading in a dark environment and on the second hand which ends with a plane-like, luminescent decoration. The date is indicated with a red half-moon sign pointing the calendar. Traced on the flange, fixed to the base dial.

The strap is made of premium hand-stitched Nappa calf leather with an special lining that is more resistante to humidity and it closes with a brushed 316L steel pin buckle.