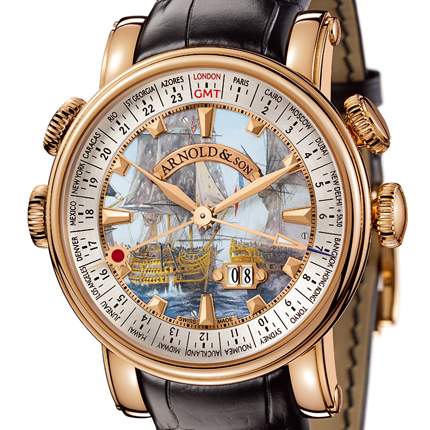 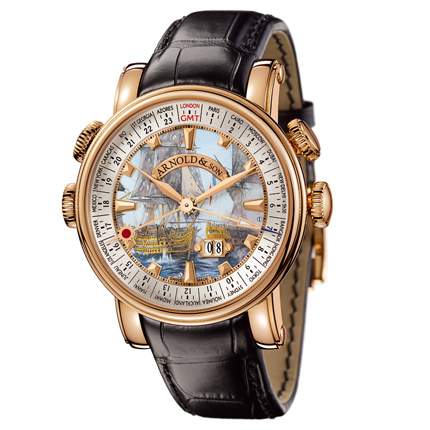 The Battle of Trafalgar was the decisive victory of the British Navy over the French and the Spanish fleets during the Napoleonic wars. The Hornet Trafalgar has been developed to compliment Admiral Nelson and his achievement in the British naval history.

The battle scene is depicted on the hand-touch up painting dial from the enemy perspective. Despite appearances, Nelson's Victory with its sails in shreds is about to defeat the French Bucentaure and Redoutable. This historical instrument is an ultimate worldtimer which will delight mechanical art connoisseurs.