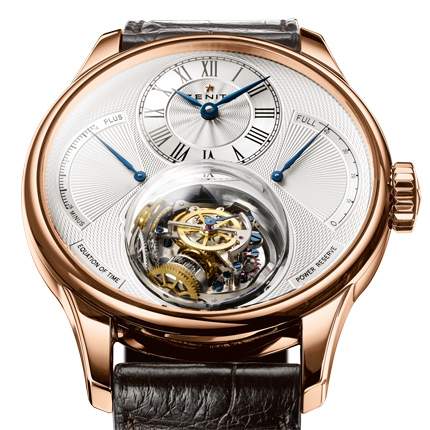 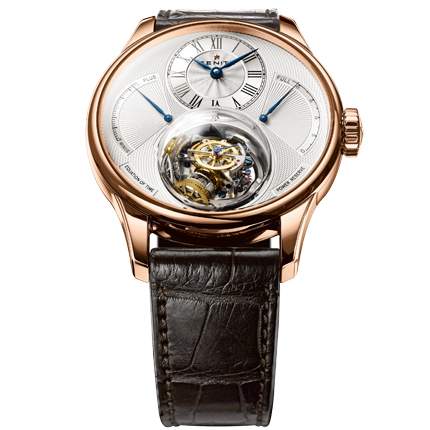 Whoever really thinks when checking their watch that the time shown there is a mere convention? It was for purely practical purposes that the length of a day was defined as an immutable 24-hour duration, whereas it actually varies constantly. The elliptical nature of the Earth's orbit and the inclination of its axis result in a discrepancy that can imply a maximum 16-minute gain or 14-minute loss for conventional time in relation to that shown by a sundial. To put it in clear-cut visual terms, if your watch set a daily date with the sun at the exact moment when its hands indicate noon, the sun would arrive either later or earlier according to the day of the year – and the difference could be over a quarter an hour. There are in fact only four days a year when the two times coincide… Zenith has equipped its most daring model, Christophe Colomb, with a function displaying what is know as the “equation of time” – meaning the difference between the path of the hands and that of the sun.

What a paradox! Right from its origins, watchmaking has been driven by the ambition to provide the most regular possible account of the passing of time, by methodically eliminating all factors that might impair the isochronism of timepieces. But the time thus measured is in fact abstract and only a mean value, since true time, or astronomical time, is itself affected by a subtle inherent irregularity.

It is precisely this paradox that the Manufacture in Le Locle set out to resolve in developing its prestigious new timepiece. For the first time on a Zenith watch, a counter at 9 o'clock indicates the equation of time – meaning the number of minutes that must be added or subtracted from civil or conventional time in order to know true solar time. The technical difficulty involved in achieving such a result stems from the fact that this difference in time varies from one day to another, according to a factor that itself variable. The 8-shaped curve that astronomers refer to as the analemma curve, and which traces the sun's various positions in the sky as observed at a set time and a same place during an entire calendar year, serves as the basis for calculating the equation of time. The back of this model features a special cam shaped like an analemma curve and which controls the display of the equation of time once the month in progress has been set using a corrector placed on the side at 8 o'clock. Technically speaking, the movement cage had to be shifted and the gear trains rebuilt in order to ensure the perfect symmetry on the dial between the display of the power-reserve and that of the equation of time.

As with the first Christophe Colomb model, the escapement housed beneath the dome of the watch remains in a horizontal position so as to neutralise the effect of wrist movements on the regularity of its 36,000 vibrations per hour – hence the extremely precise measurement of the measurement and indication of civil time. The double complication represented by the equation of time function and the gimbal suspension escapement system enables this exceptional watch to provide the closest possible reflection of the time here and now.