'Oscars of watchmaking' honours an industry still alive and ticking 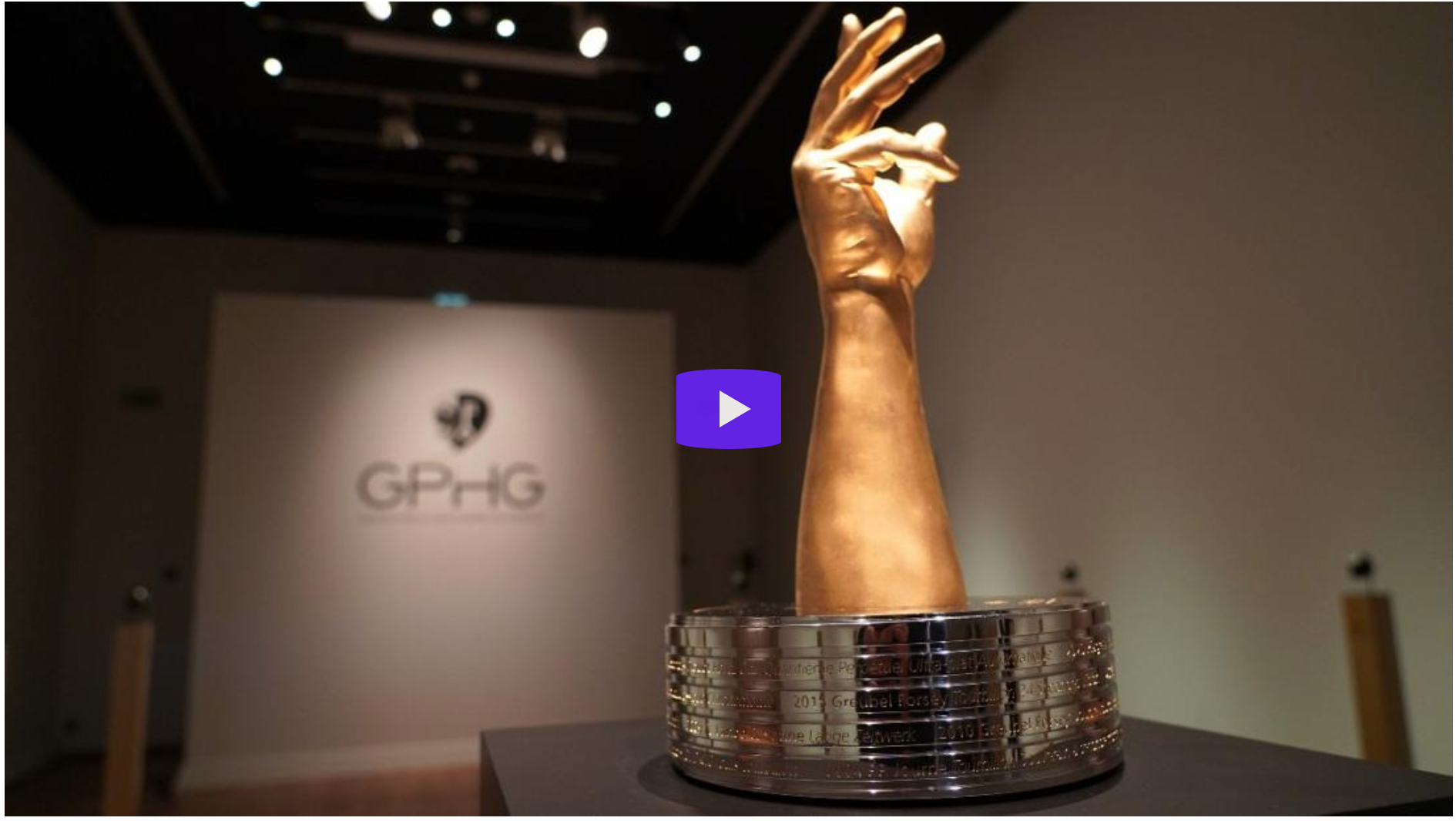 They say time waits for no man, and the last two years have certainly tested that proverb. As coronavirus lockdowns dragged from days to weeks to months, it may have felt as if time itself had stood still. But the Swiss watch industry has proved itself timeless.

The Grand Prix d'Horlogerie de Genève (GPHG), dubbed the industry’s “Academy Awards” is back this year for its 20th edition. 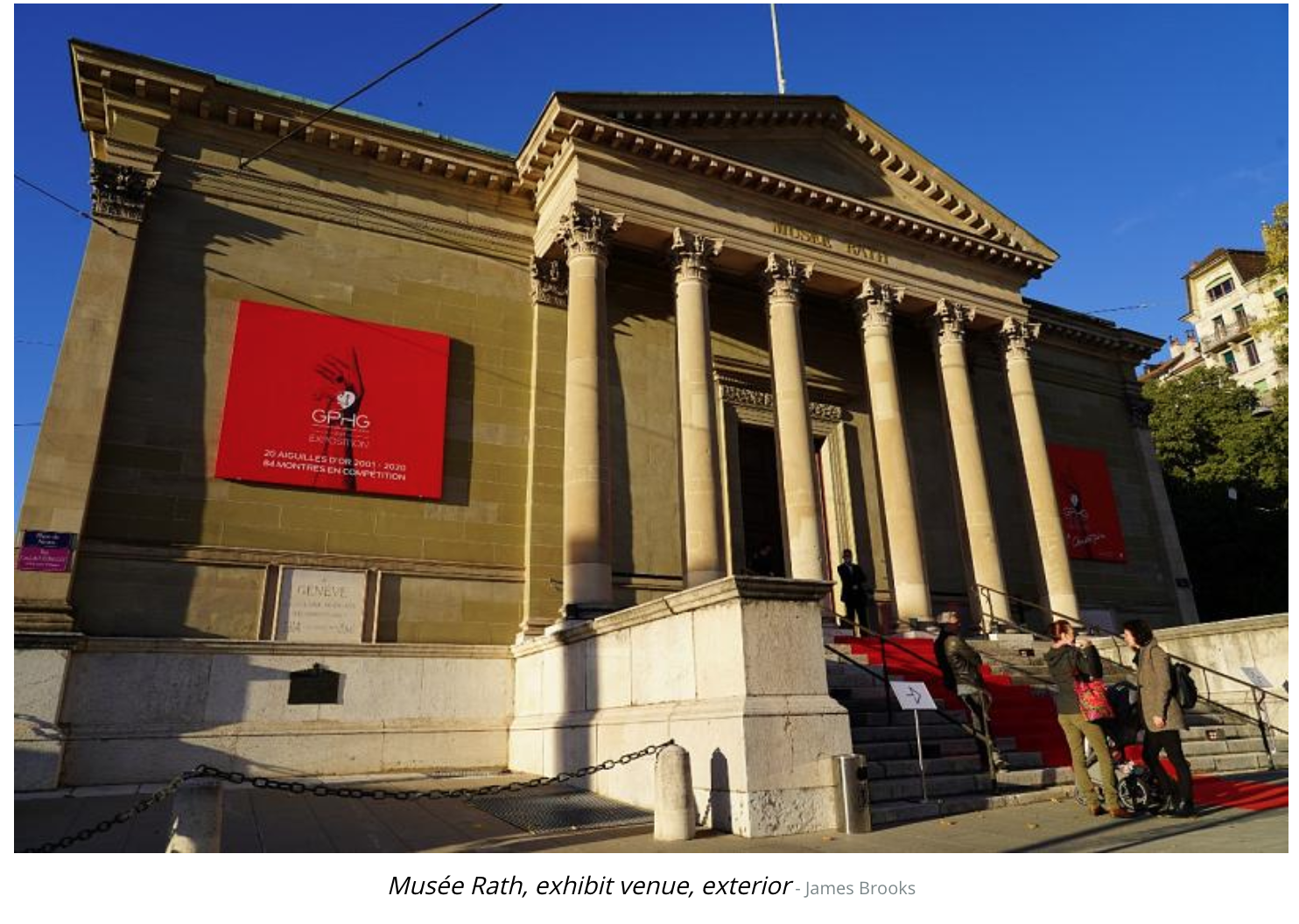 Founded in 2001, the annual awards give a platform to the intricate art of watchmaking and reward the contemporary creativity and innovation of horologists around the world.

Before the glitzy award ceremony on 4 November, Genevans were treated to a preview of the 84 shortlisted entries, the exhibit is set to visit Dubai and Paris before the prize-giving next month.

“These are the Oscars of the watchmaking industry,” said GPHG president Raymond Loretan, bejewelled timepieces glittering and gleaming around him. “We are selecting the best.”

From Breitling to Bulgari, Tourbillons to Tondas, the selection, whittled down by a 500-strong academy, is a symphony of cogs, wheels and mechanisms all clicking in rhythmic harmony. The eventual trophy winners, spanning 14 categories, will be selected by a jury of 30 industry experts. 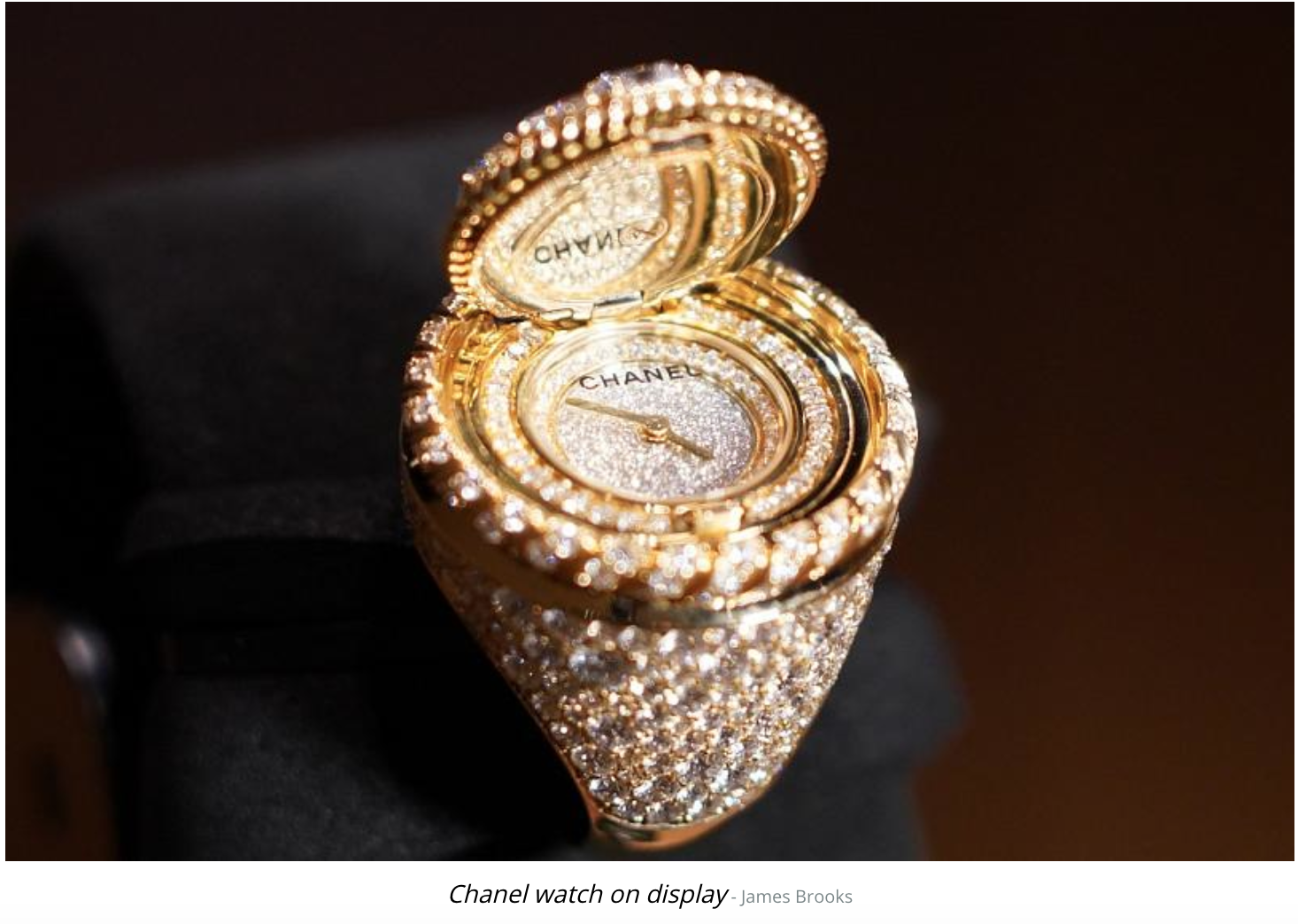 For a second year in a row, Swiss-based Breitling, founded in 1884, has four entries in the shortlist, including a red gold Datora from its Premier Heritage collection.

“I think the pandemic gave a shot of creativity and innovation,” said GPHG president Loretan. “Watchmakers had more time to innovate, to create new trends.”

Indeed, Audemars Piguet’s Brooklynite head of complications Michael Friedman said across the entries, there is a sense of “adventure”.

“Even watches that are more retro orientated have a sense of adventure and drama to them,” he said. “I think the lockdown has definitely injected some creative vitality in a lot of industries, without a doubt.” 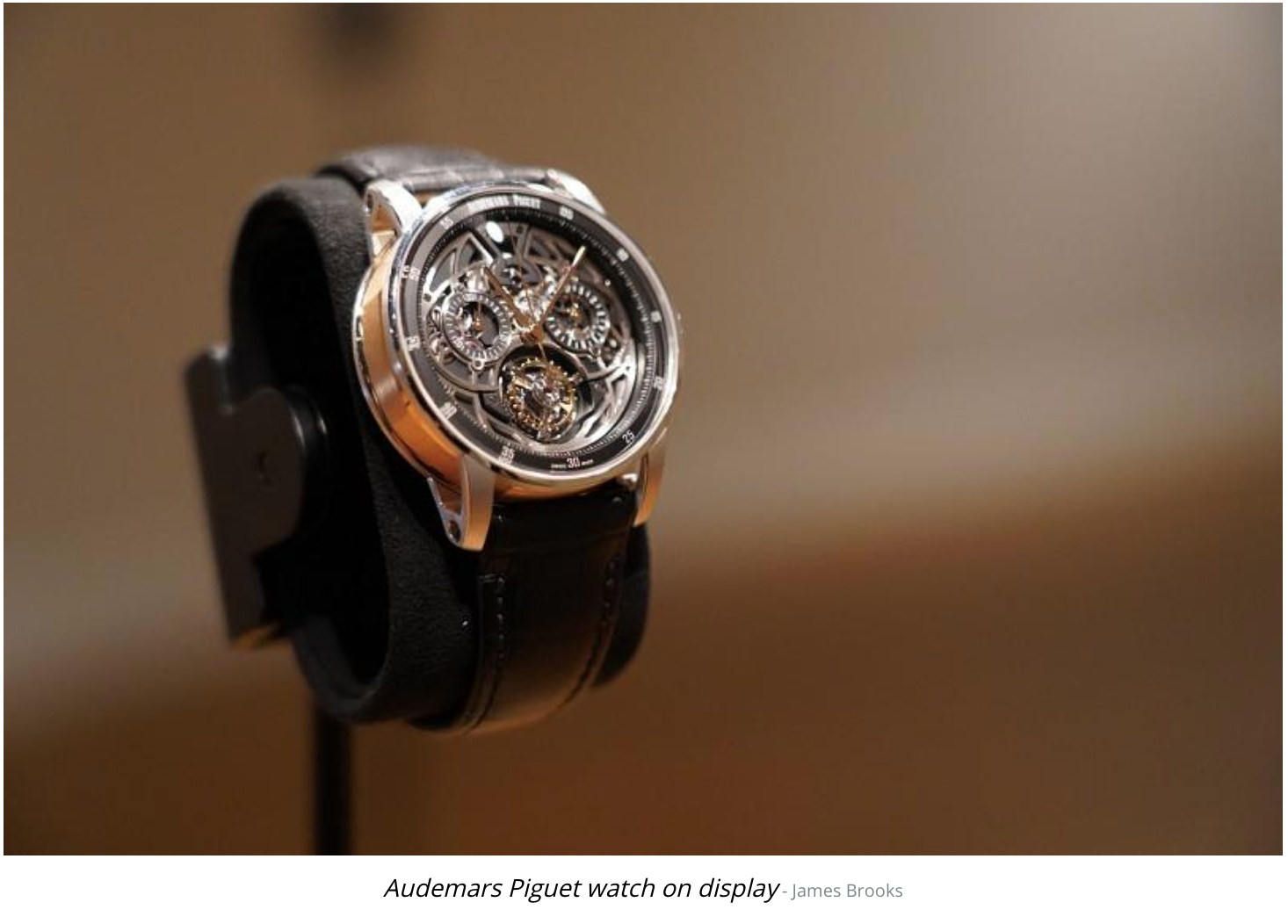 Within the varied selection, which includes categories such as “Iconic” and “Jewellery”, there are some dazzling surprises.

“What we wanted with this edition is to really bring a more precious appeal to the watch,” said Philippe Delhotal, creative director of Hermès Watches. 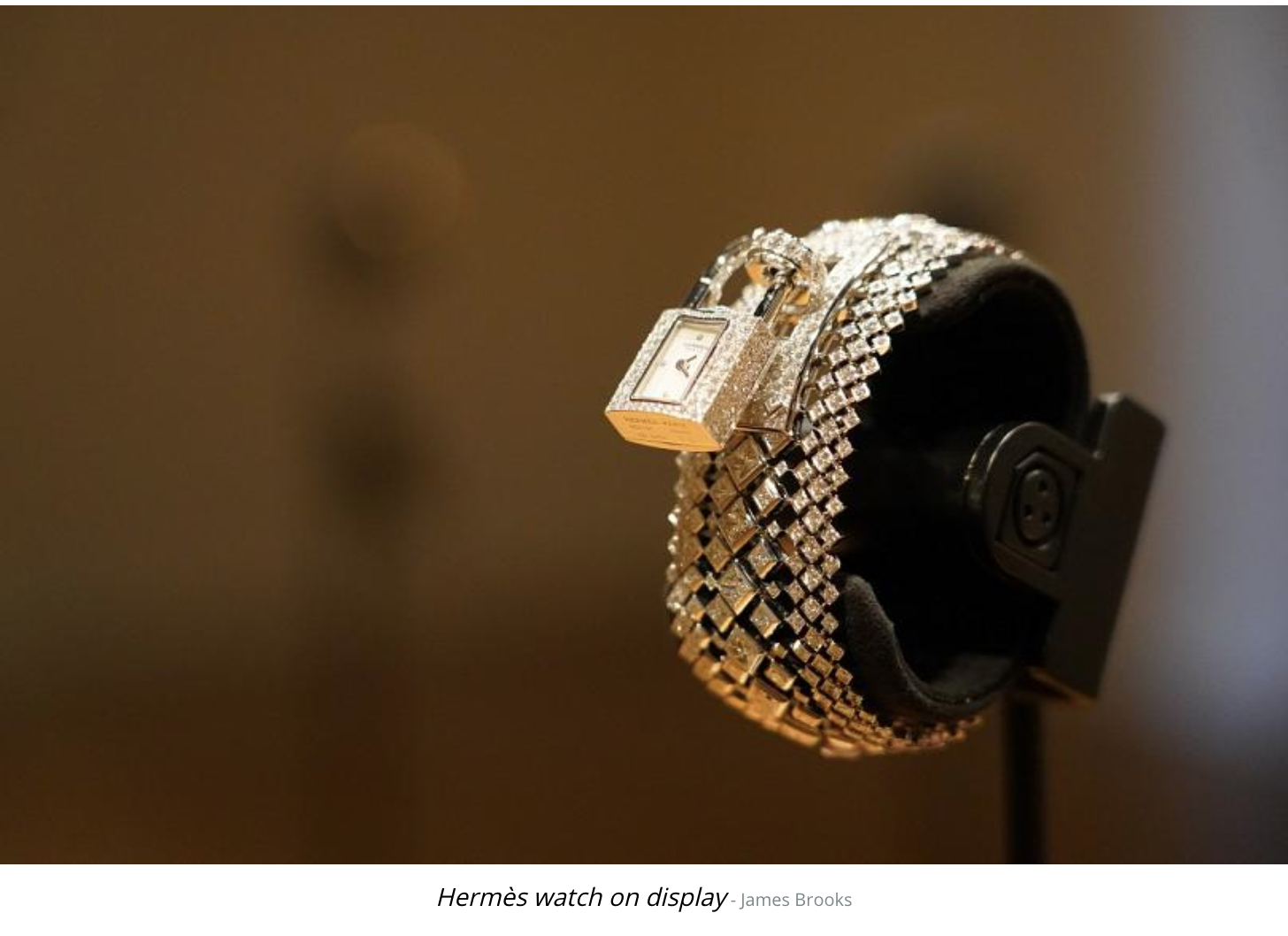 “It was a long work for all those watchmakers, especially with the two years that we haven’t been able to show the jobs that have been done by the teams,” he added.

Elsewhere, Ulysse Nardin’s orb-shaped “UFO” looks less like a table clock and more like a spaceship sent from another world, its mechanical aluminium dials not concerned with seconds, but years, decades, even millennia. 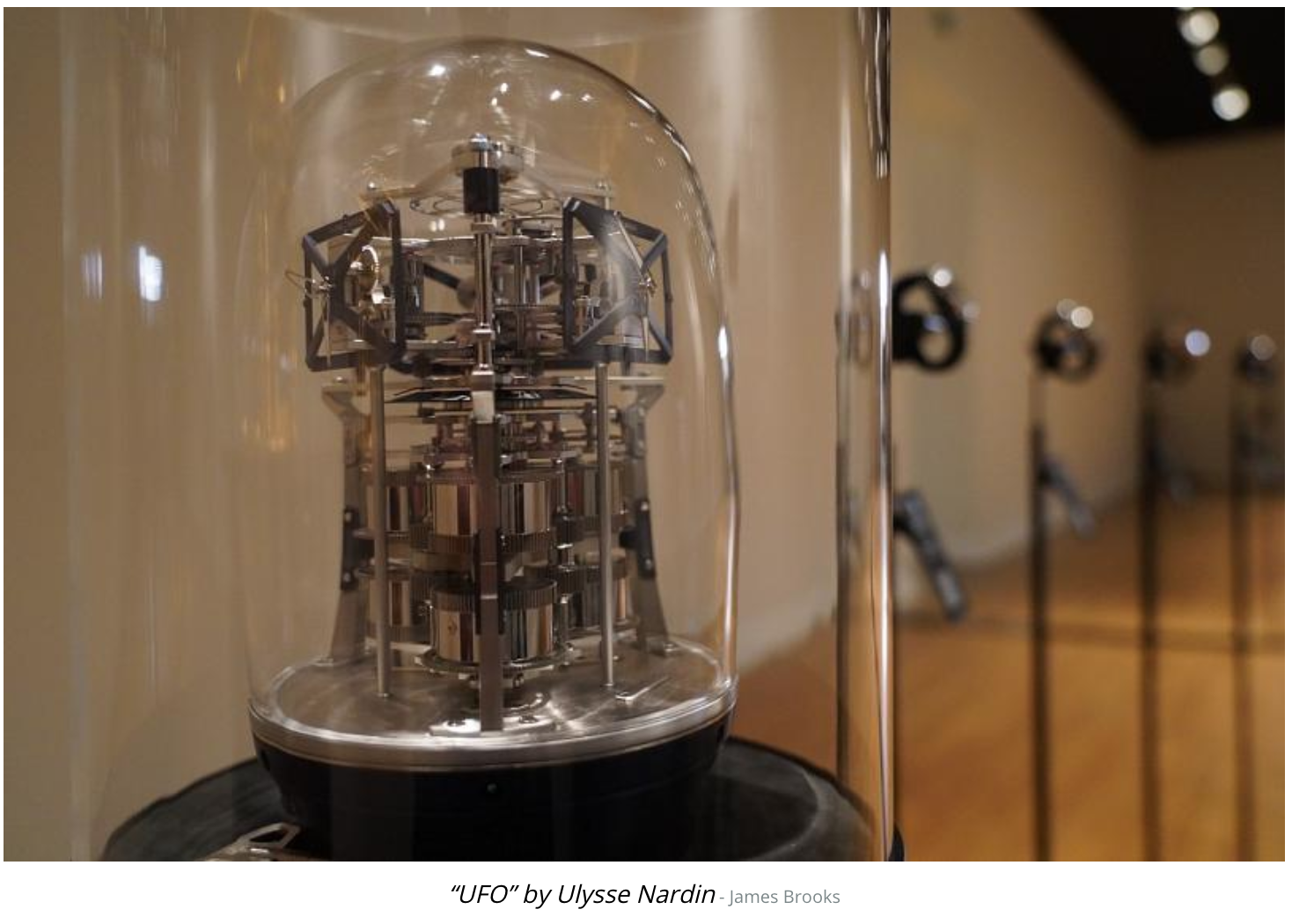 And for the first time in its twenty-year history, The GPHG is also presenting the origins of watchmaking, a gold-plated astronomical clock created by Zurich-based craftsman Miki Eleta. Amid its gold-plated brass mechanics, “Svemir”, which means “Universe”, combines two astronomical models in one. 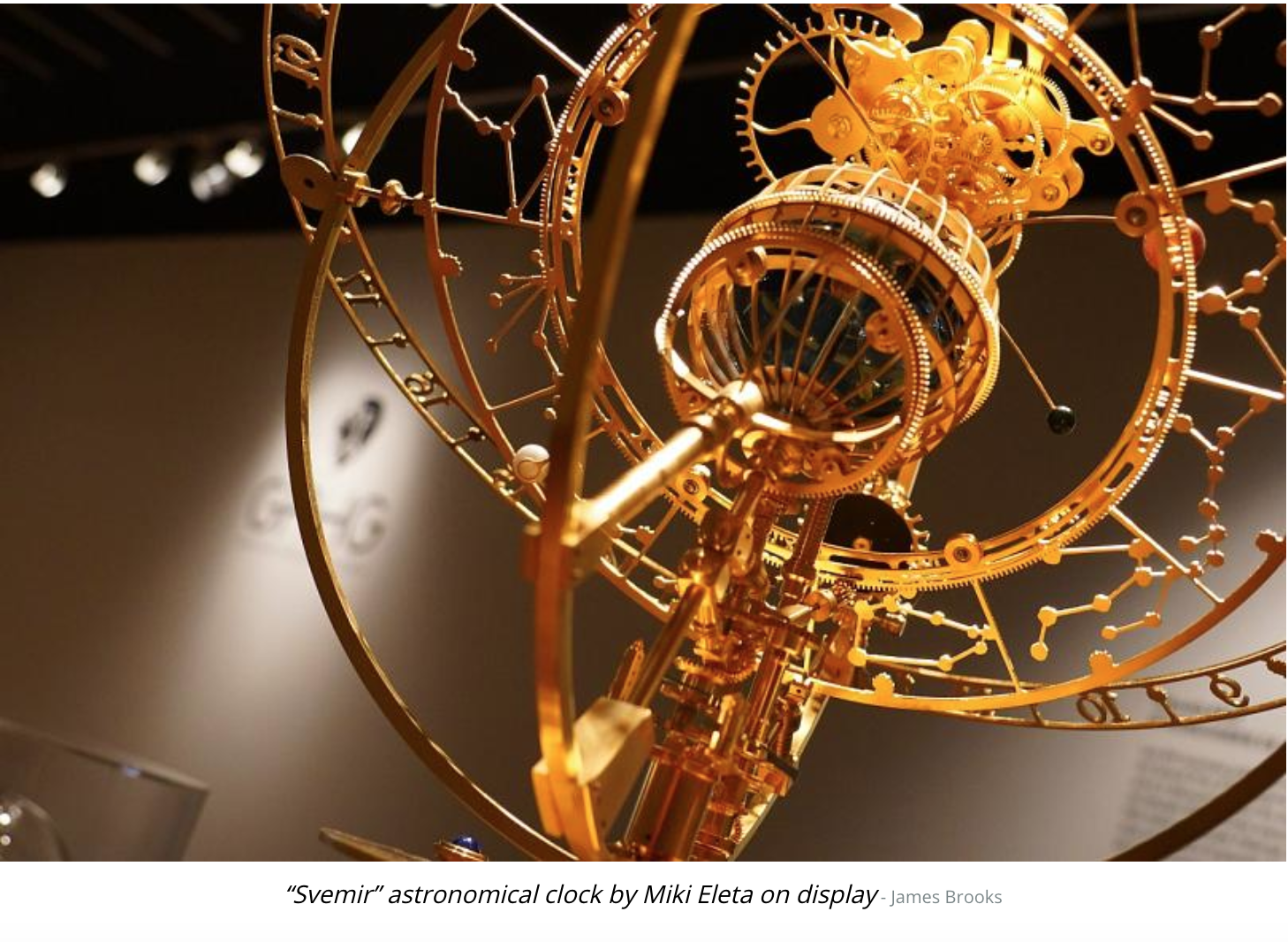 Like many industries, Switzerland’s watchmakers are recovering from the COVID-19 pandemic that closed stores and manufacturers and limited international traveller numbers.

According to the industry's leading association, the Federation of the Swiss Watch Industry, 2020 was an “unprecedented year”. The value of Swiss watch exports fell to 17 billion Swiss francs, compared to 21.7 billion a year earlier, an over 21 percent decline.

“It was so unprecedented that even the official statistics of the Swiss watch industry tried to forget 2020, and to compare 2021 to 2019,” said Karine Szegedi, consumer and fashion and luxury lead at global accounting giant Deloitte.

“The shops were closed, the brands had to shift to more omnichannel, online solutions.”

But, unlike many industries, Swiss watchmakers - and particularly those at the higher end - bounced back swiftly. According to Deloitte’s Swiss Watch Industry Study, published in early October, mechanical watches overall have proven to be more resilient at weathering the pandemic, as was the case after the 2008 financial crisis.

“If you look at the numbers, in terms of sales, it has already recovered,” said Szegedi.

Breitling’s Kern said the bounce back is happening “dramatically”.

“People are looking for luxury products,” he said. “They want to enjoy life, we aren’t made to live in caves.”

Indeed, even The GPHG is emerging from the pandemic. Last year’s awards ceremony was staged with social distancing, only the winners were present and balloons were used to fill empty places in the auditorium.

This year’s gathering will be a return to ceremonies of the past. Some 18 prizes will be doled out, including the prestigious “Aiguille d’Or” Grand Prix.

Related :Turn back time: How the Swiss watch industry is embracing second-hand sales

It looks set to be a celebration of an industry that’s weathered many crises in the past and is now emerging strongly from another.

“The story of the watch industry and the Swiss history is to make out of a crisis, a big opportunity,” said Loretan.