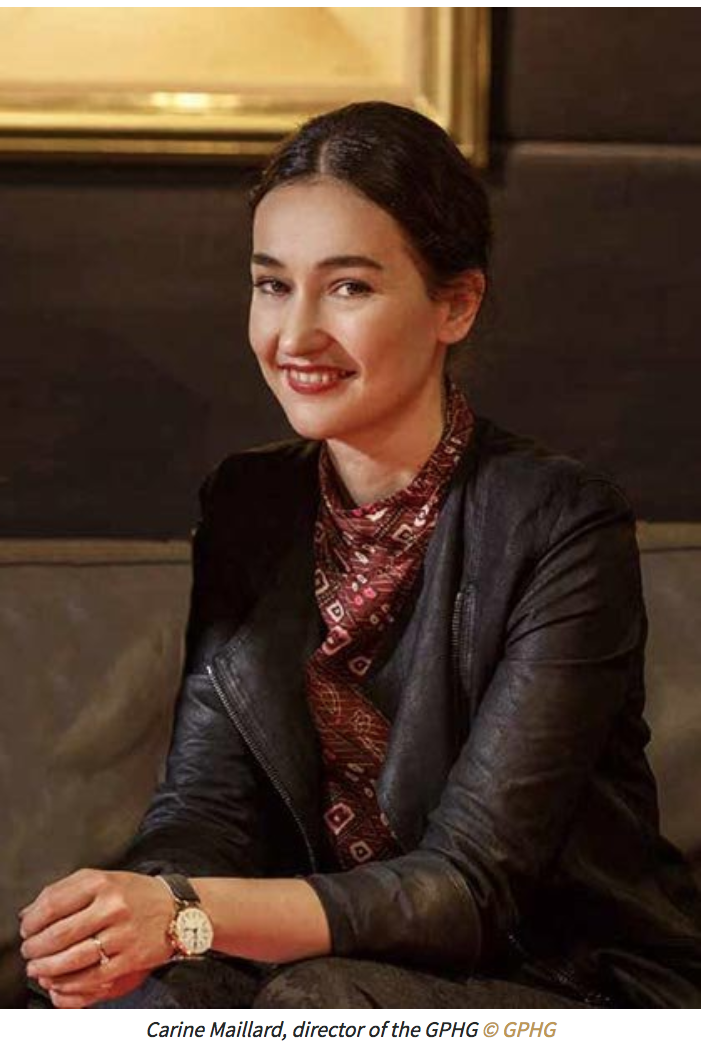 How do you feel about the fact that GPHG is often referred to as the watch industry Oscars?
It’s fantastic! The GPHG is indeed the most recognized award in the field, and we now have our own Academy!

What is indeed the significance of the GPHG Academy introduced last year?
The Academy enables broad industry involvement in the selection and voting process. Instead of the single jury of 30 personalities that used to officiate in the past, the Academy currently has a 500-strong membership. It thereby constitutes a vast network of ambassadors representing the passion for watchmaking and taking part in all the selections. They thereby jointly reward contemporary creations that they contribute to highlighting and promoting around the world. A dedicated and secure digital platform has been set up for the purposes of the Academy and brands now enter models for the competition via this new medium which facilitates interaction. The creation of the Academy represents an important development signaling ever greater openness and internationalization.

Of the 20 previous GPHG editions since 2001, which one made the biggest impression on you?
I didn’t experience them all! The 2012 edition was the first edition under the aegis of the GPHG Foundation, which was established in May 2011, so for me personally it was significant because it was my first edition as director. We also had very pleasant editions in 2018 and 2019 with Edouard Baer, who brought a poetic touch to his role as master of ceremonies, as well as massive ovations such as when the Special Jury Prize was awarded to Jean-Claude Biver. I also fondly remember Carlo Lamprecht’s last edition as President of the Foundation, along with other particularly moving moments during the presentation of some prizes. The 2020 edition was also pretty memorable with only 50 people allowed in the theatre, surrounded by 1,000 red balloons representing the rest of the audience!

Which country do you think has the most GPHG fans?
Wherever there are watch fans, so pretty much everywhere! Our exhibitions are a unique opportunity to see the 84 most beautiful watches of the year in one place. Since 2011, our traveling exhibitions have presented the selected watches in the four corners of the world in addition to Geneva: Beijing, Bern, Dubai, Hong Kong, La Chaux-de-Fonds, Macao, Mexico City, Milan, New Delhi, Puebla, Rome, Seoul, Shanghai, Singapore, Taipei, Venice and Zurich. The winning watches were specifically honored after the award ceremony at exhibitions held in Dubai, London, Moscow, Paris, Singapore and Vienna. Watchmaking inspires dreams the world over. What is different about the 2021 edition? This year we are celebrating our 20th anniversary. On this occasion, we are organizing an exceptional exhibition at the Rath Museum in Geneva, which will be held in parallel with the presentation of the 84 nominated watches and which will bring together the 20 watches that won the “Aiguille d’Or” Grand Prix between 2001 and 2020. In addition, we have a new Jury President: Nick Foulkes a historian, writer, journalist, and internationally recognized authority on culture, watchmaking and art. Drawn from the Academy, the Jury meets behind closed doors a few days before the ceremony to physically evaluate the 84 nominated watches and vote to determine the winners, with the vote of the entire Academy also taken into account in the final result (see details in our rules available on the gphg.org website).

What is fundamentally lacking in order to take the GPHG to the next level and increase its reputation among the general public?
We lack sustainable funding enabling the Grand Prix, whose stature is now firmly established, to pursue its development and in particular to boost marketing and communication around the competition and the awards ceremony (celebrities, red carpet, broadcasting, etc.) – all in order to raise its public profile and to celebrate this industry as it deserves.