Robb Report - From Audemars Piguet to Bvlgari, Here’s Every Winner from the ‘Oscars of Watchmaking’

From Audemars Piguet to Bvlgari, Here’s Every Winner from the ‘Oscars of Watchmaking’ 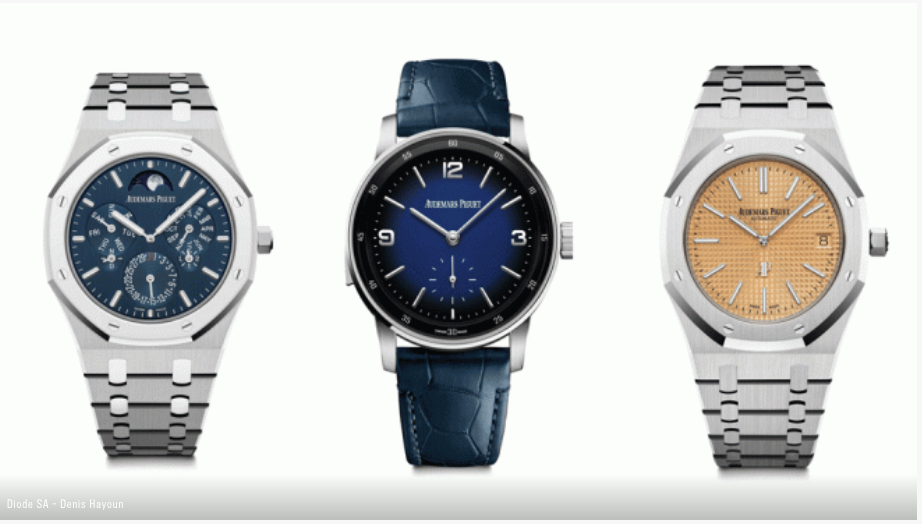 Last night more than 1000 members of the watch industry came together to celebrate what they do and what they make at the Grand Prix d’Horlogerie de Geneve. The theme (honoring the past to encourage the future) was made loud and clear from the moment invitees arrived at Geneva’s Theatre du Leman. A battalion of Swiss soldiers, dolled up in their historic uniform—tall black hat with red plume, red waistcoats crisscrossed with white straps, white breeches tucked into tall black boots, rifles or drums in tow—flanked the entrance to the sleek, modern auditorium. Old meets new, Swiss-style.

This is the 19th year the GPHG Foundation has handed out awards to the best watches of the year. The 84 contestants, chosen by a jury of 30 in secret balloting, competed in 14 categories, with four special awards also handed out, as well as a Special Jury Prize given to Luc Pettavino, the founder of Only Watch. Summarizing what was new and surprising about the entrants, juror William Rohr said “this year there was a a lot of well-priced, sophisticated watches.” He cited Bvlgari’s “clean, extra flat” Octo Finissimo Chronograph GMT Automatic, which won the award for best Chronograph, complimenting its size and its comfort and for being well-priced at $16,000 (and admitting that price is all relative). 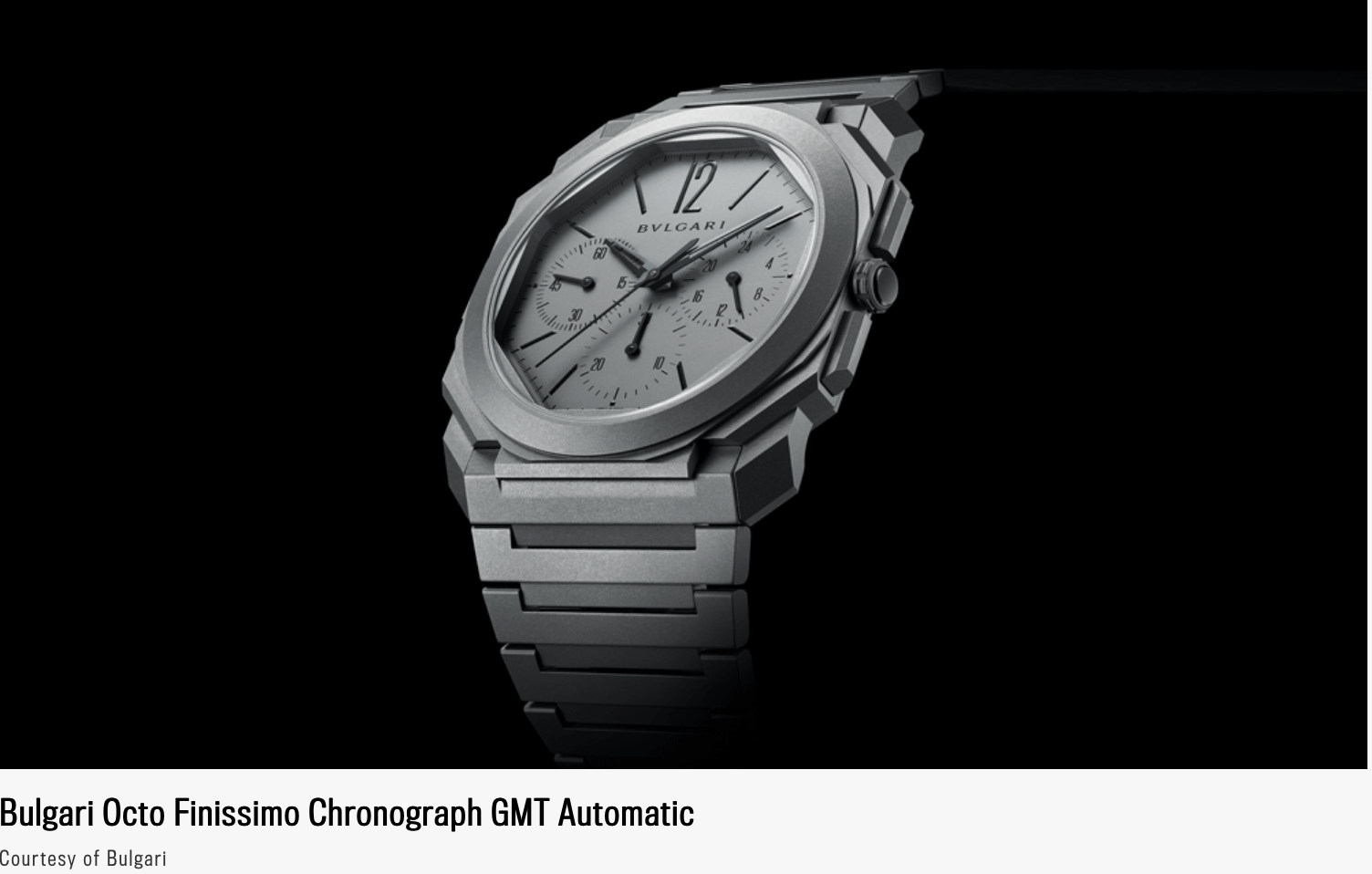 The big award of the night, the “Aiguille d’Or” Grand Prix went to one of the oldest watch brands in the world, Audemars Piguet, for its Royal Oak Selfwinding Perpetual Calendar Ultra-Thin watch, seen below. When he accepted the trophy—a miniature wrist and hand in gold—CEO Francois-Henry Bennahmias, praised Switzerland’s horologic heritage. “I’m French,” he admitted, “but Swiss savoir-faire is unique.” Audemars Piguet was the big winner of the night, also earning trophies for its Royal Oak and the Code 11.59 Minute Repeater Supersonnerie. 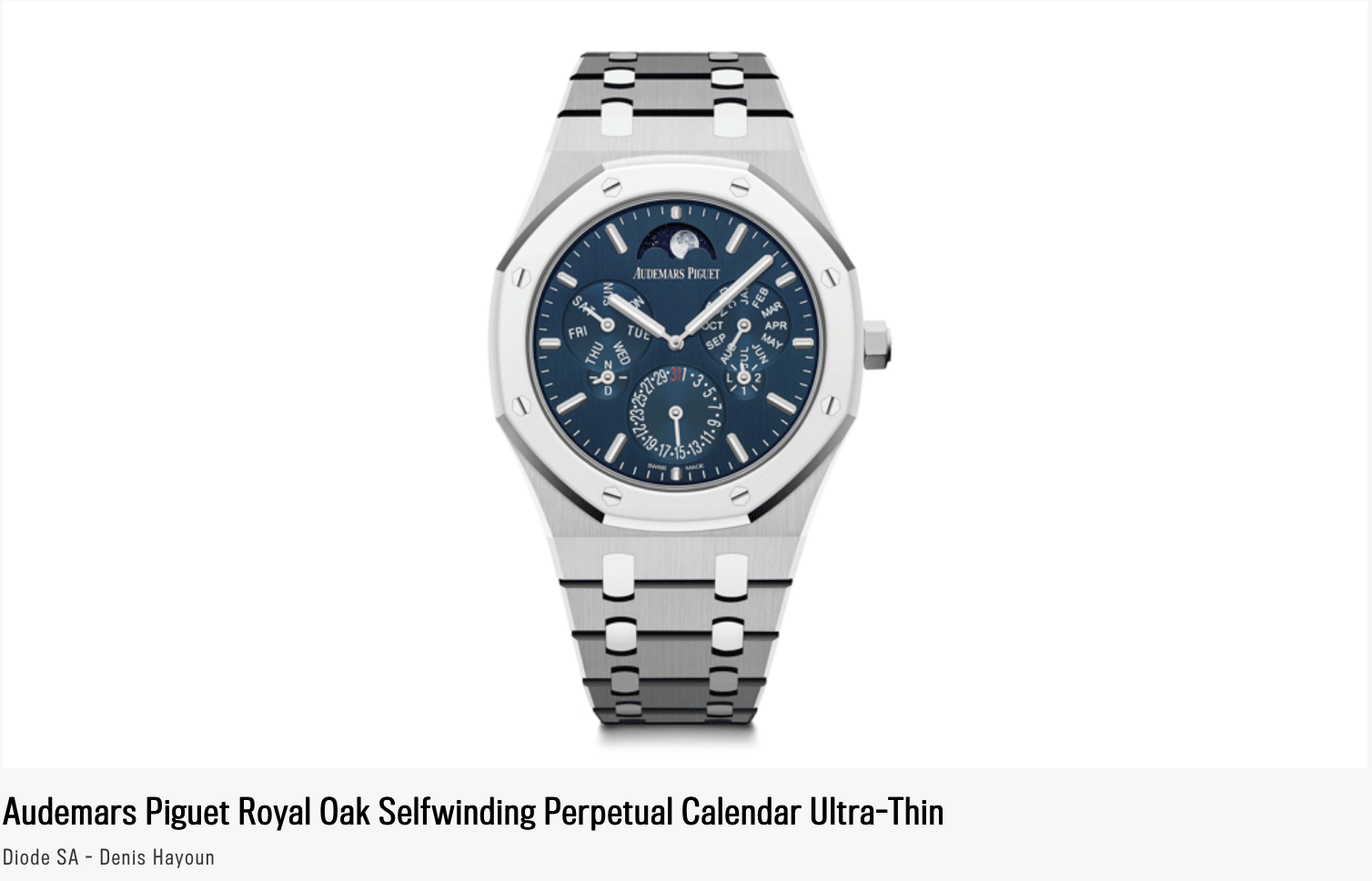 The Petite Aiguille was given to relative newcomer Kudoke. Stefan Kudoke told the crowd his passion started 15 years ago as a watchmaking student. Standing by his side, his wife provided a mix of eye rolls and encouragement, and the rest, as they say, is history.

The most enthusiastically received winners were also relative newcomers—relative to Audemars Piquet’s 144-year history that is. And they were independents. Max Büsser won the best women’s complication watch for his MB& Legacy Machine Flying T. “I never thought I could make a woman’s watch,” he said in what is now his familiar refrain when speaking of his first ladies’ timepiece. His late mother, wife and two daughters inspired him to try. 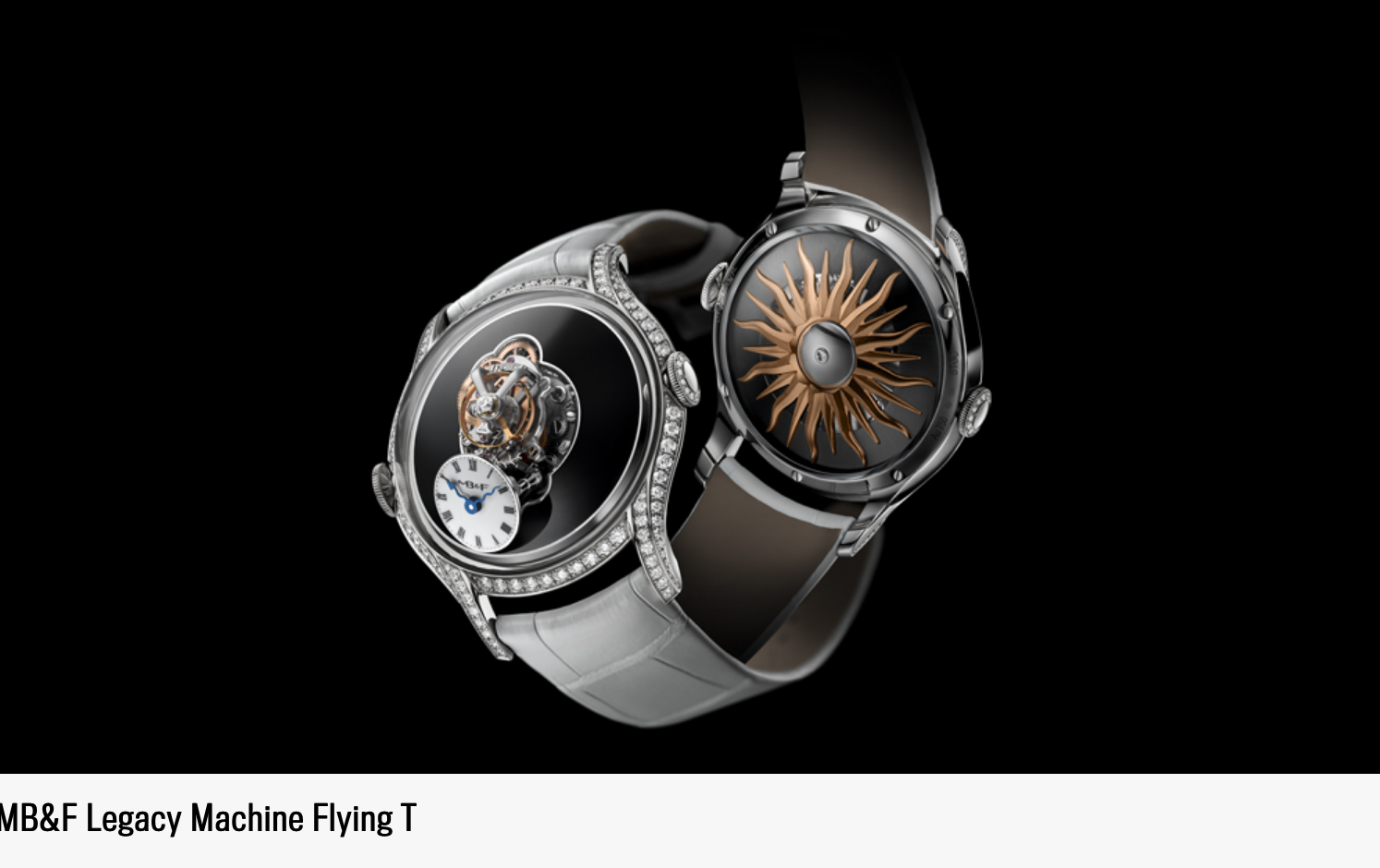 If there were an award for congeniality, facing off against Max Büsser would be Kari Voutilainen, who walked off with two awards. His 28ti won best men’s and his Starry Night Vine won Metiers d’Art.  He thanked the private clients who “pushed” him to make these watches.

Another big winner of the night was Bvlgari. CEO Jean-Christophe Babin nearly missed receiving the company’s second award, in jewelry for the magnificent Serpenti Misteriosi Romani, while he was still backstage after receiving the Chronograph award for the Octo Finissimo Chronograph GMT Automatic, and had to be repeatedly called before running onto the stage.

One of the more touching moments occurred when Genus won the award for exceptional mechanics for the GHS 1.2, below. So moved was Sébastien Billières, who co-founded the brand with Catherine Henry, he could barely speak when accepting the trophy. 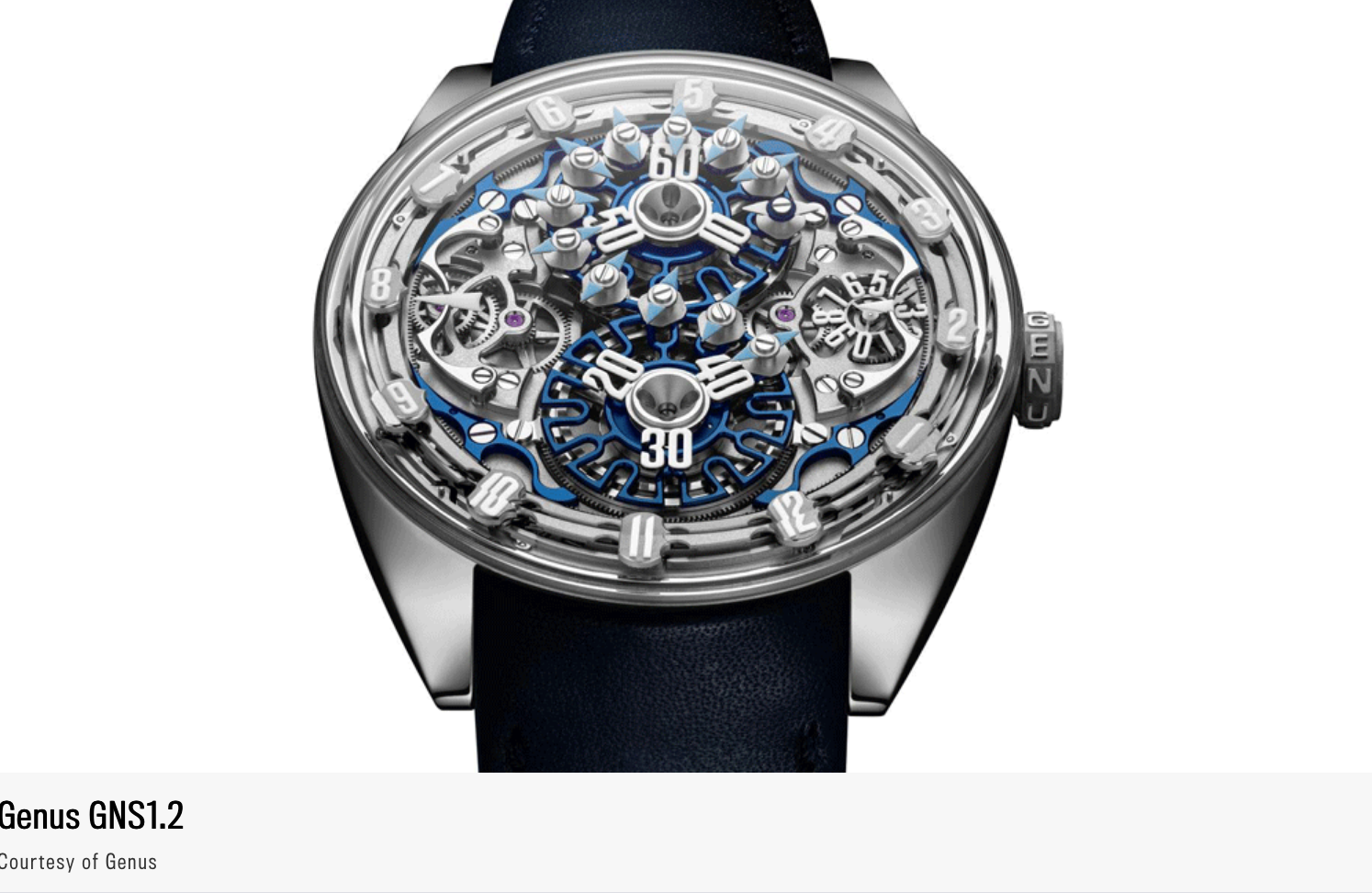 The ceremony, staged on a red-carpeted proscenium draped with red velvet curtains, began with a chanteuse crooning in French about “le temps” to the accompaniment of a pianist on a grand piano. Throughout the 2-hour show, she reappeared to croon more chansons about time. The piano served as a convenient prop for the master of ceremonies Edouard Baer who draped himself over it as he sipped whisky from a crystal tumbler, raked his hand through his rumpled hair, and made quips about time.

Looking to the future, an announcement was made at the start of the show saying that next year, for the 20th anniversary of the GPHG awards, an academy of 500 will be created in an attempt to widen the list of watches submitted for consideration. The ceremony ended with the Swiss soldiers marching down the aisles to the exits.

As the crowd squeezed into the lobby and headed for the kiosks offering champagne, Christine Scheufele, wife of Karl-Friedrich Scheufele, president of Chronométrie Ferdinand Berthoud (and also head of Chopard) spoke about the impact of winning an award. The brand had won the Chronometry award for its Carburised steel regulator—and walked away with the Aiguille d’Or 3 years ago. “We are a small team of seven, eight people,” said Scheufele. “The award is a big surprise, but most importantly, it is encouragement for them.”

What impact does GPHG have on collectors? ”Winning an award is never a negative,” said Adam Craniotes, founder of RedBar Group and recently named U.S. editor of Revolution. “But it’s a lot like the internet, when something gets attention on social media, and people want it because everyone wants it. In the end, you should buy what you want.”

Gary Getz, a juror who also collects, said the impact the GPHG has on him is “it makes me pay more attention to the watch,” but he added, “it’s more about increasing awareness than of influence.”

Perhaps the lasting impact of the awards was best expressed by Henri Cartier. The teenager won the award for best watchmaking student. While he appreciated being recognized for his “hard work”, more important was “feeling like I’m a member of the horology family.” And with all the congratulatory hugs and handshakes and pats on the back going on around him, it seems a welcoming family indeed.

A look at the rest of the evening’s winners below. 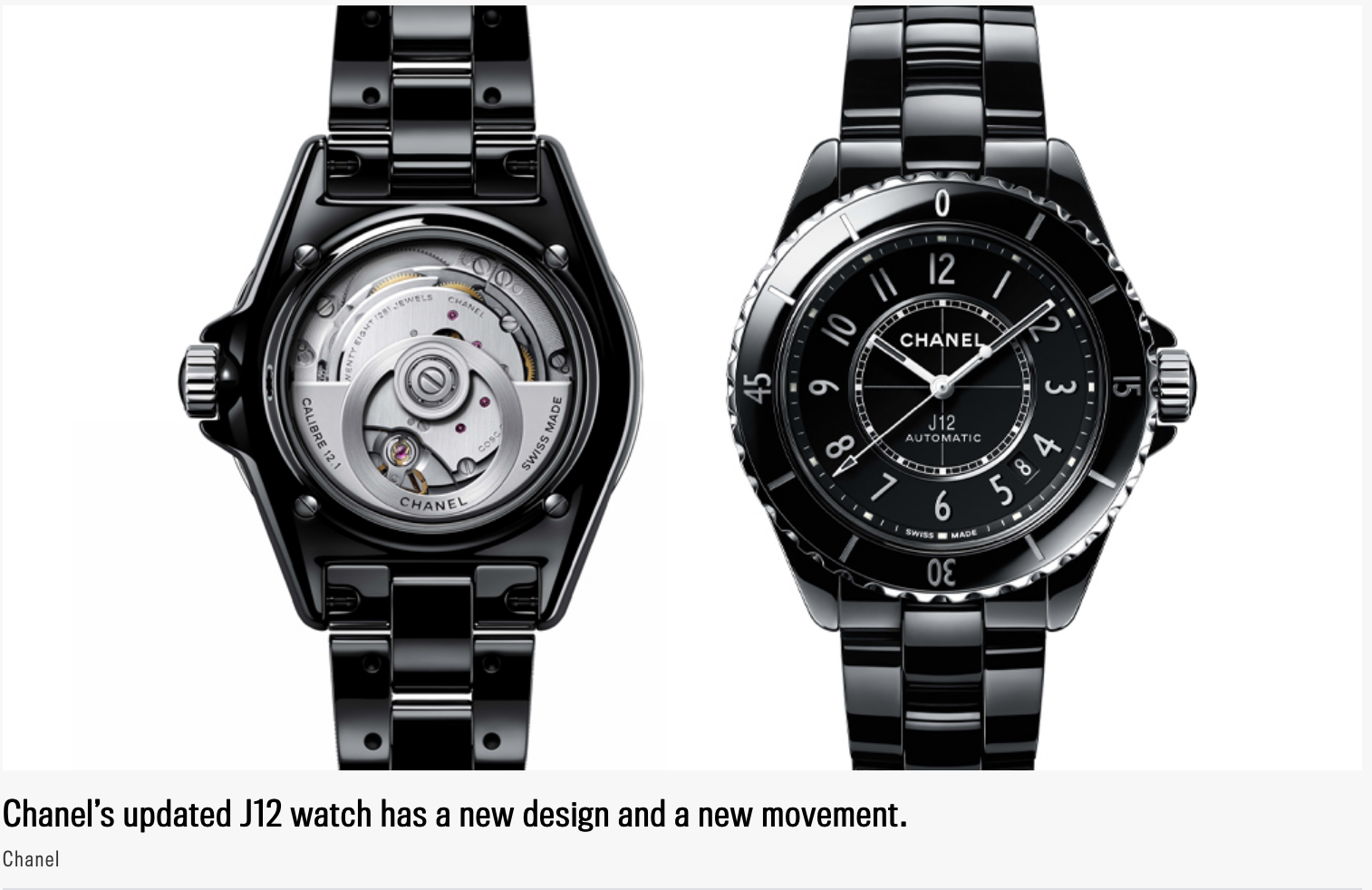 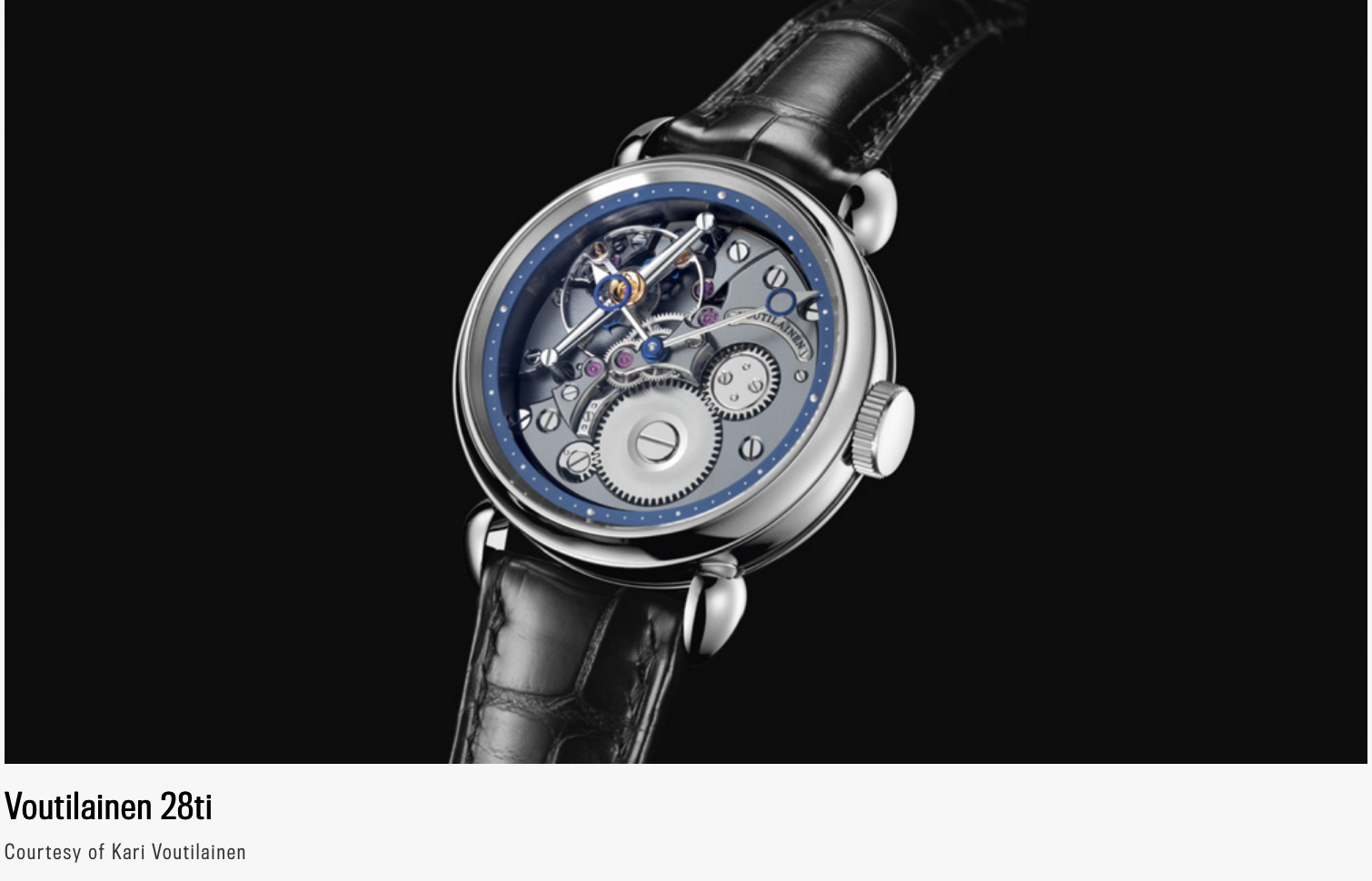 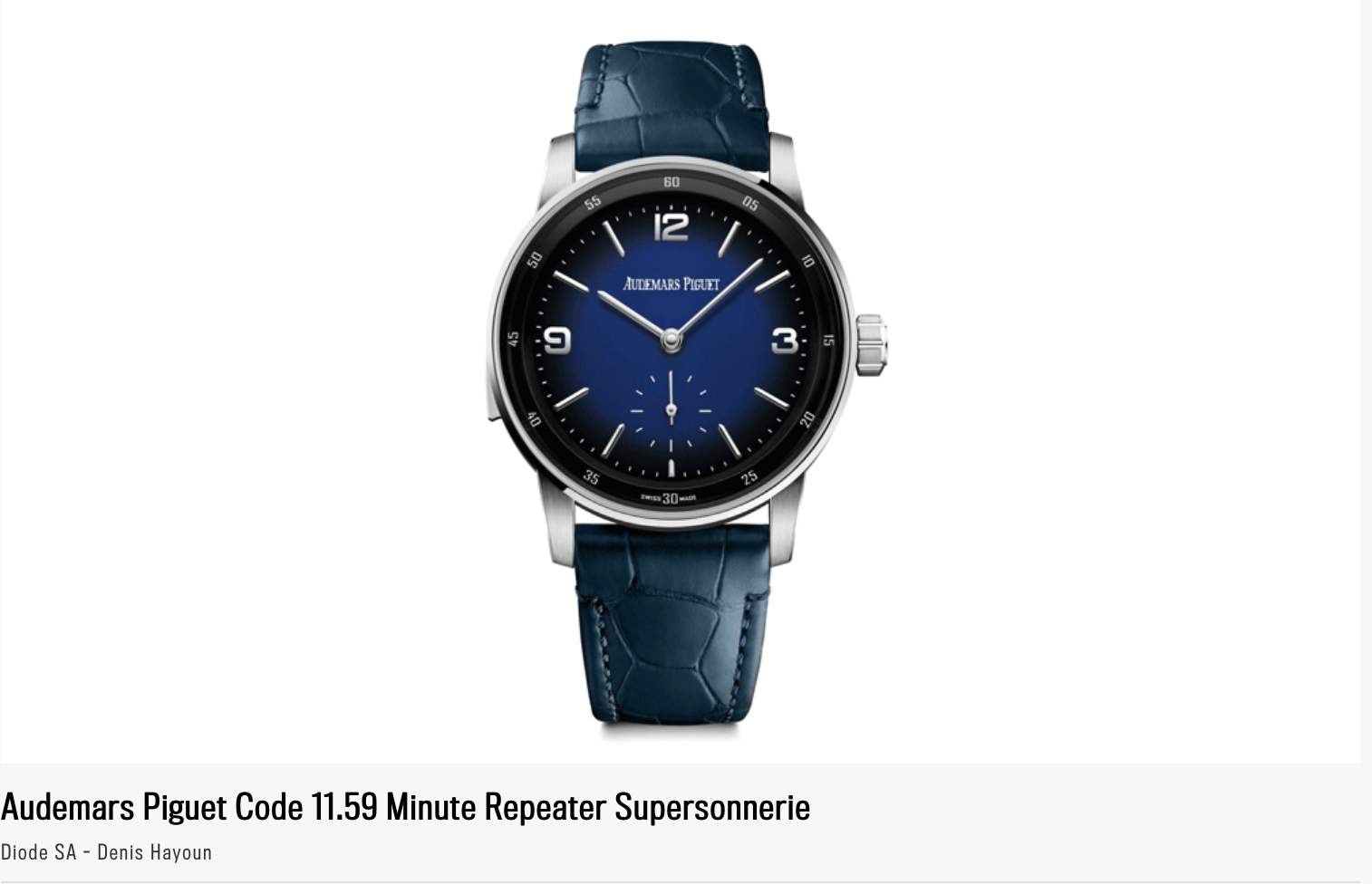 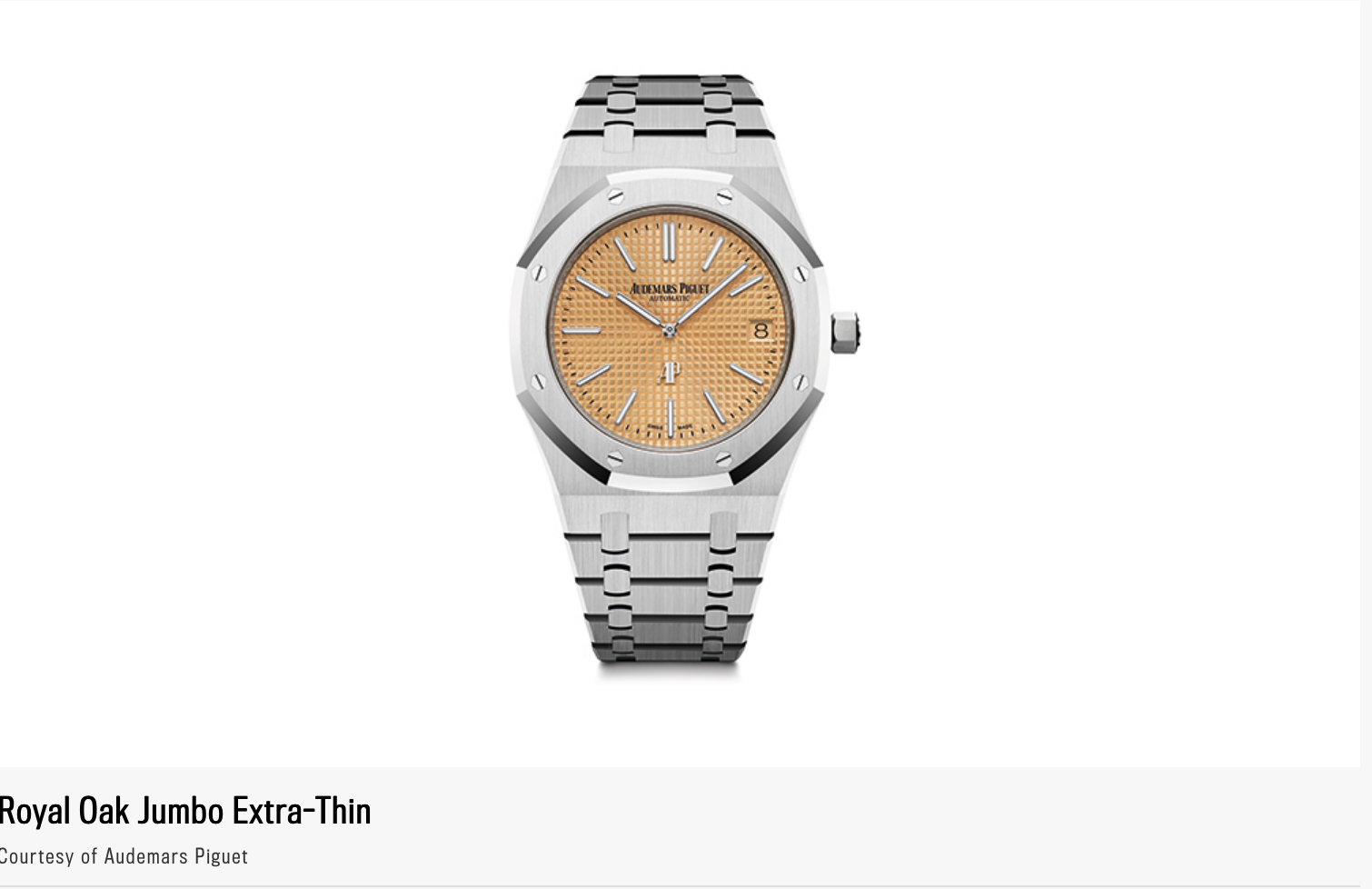 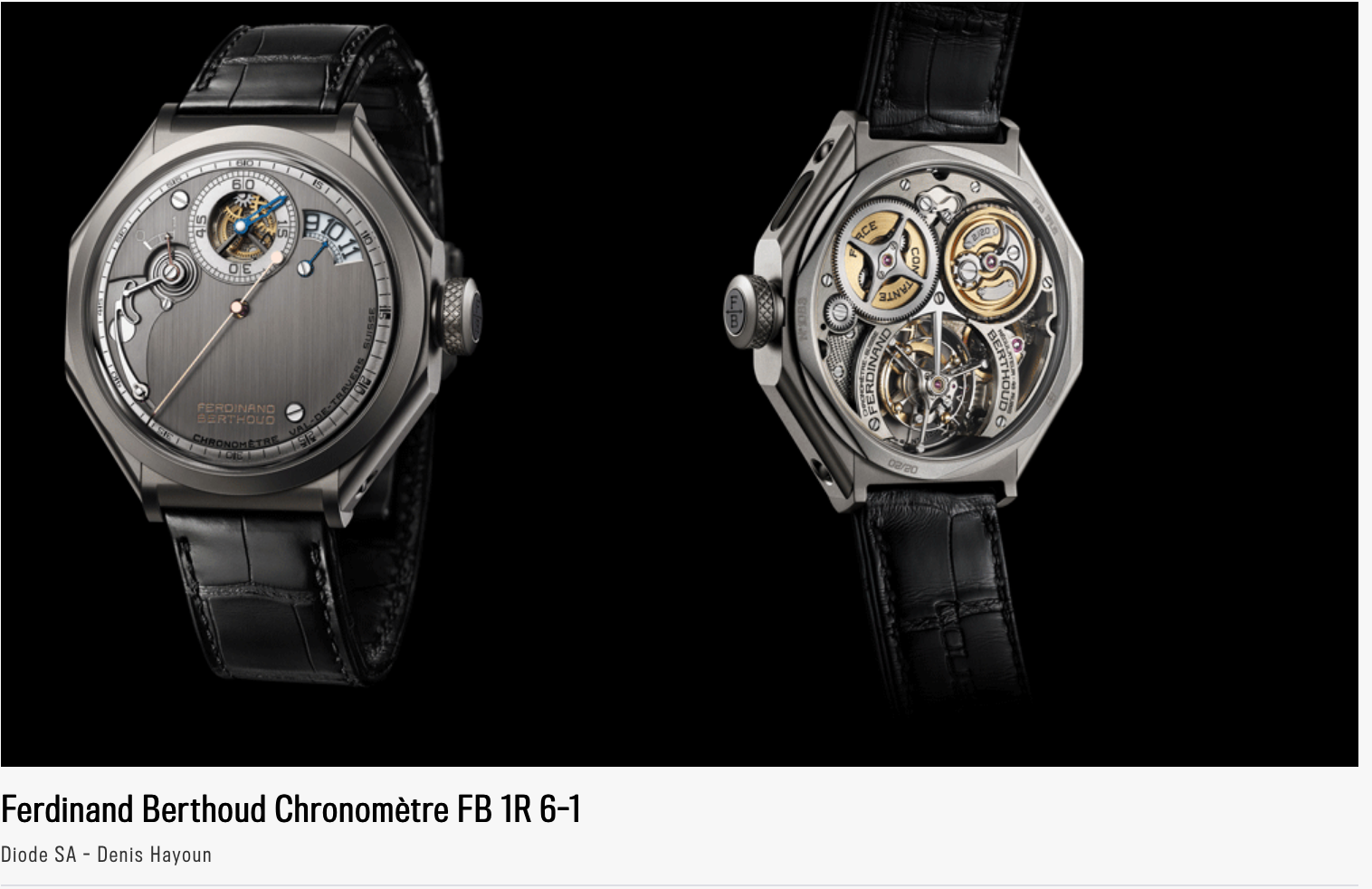 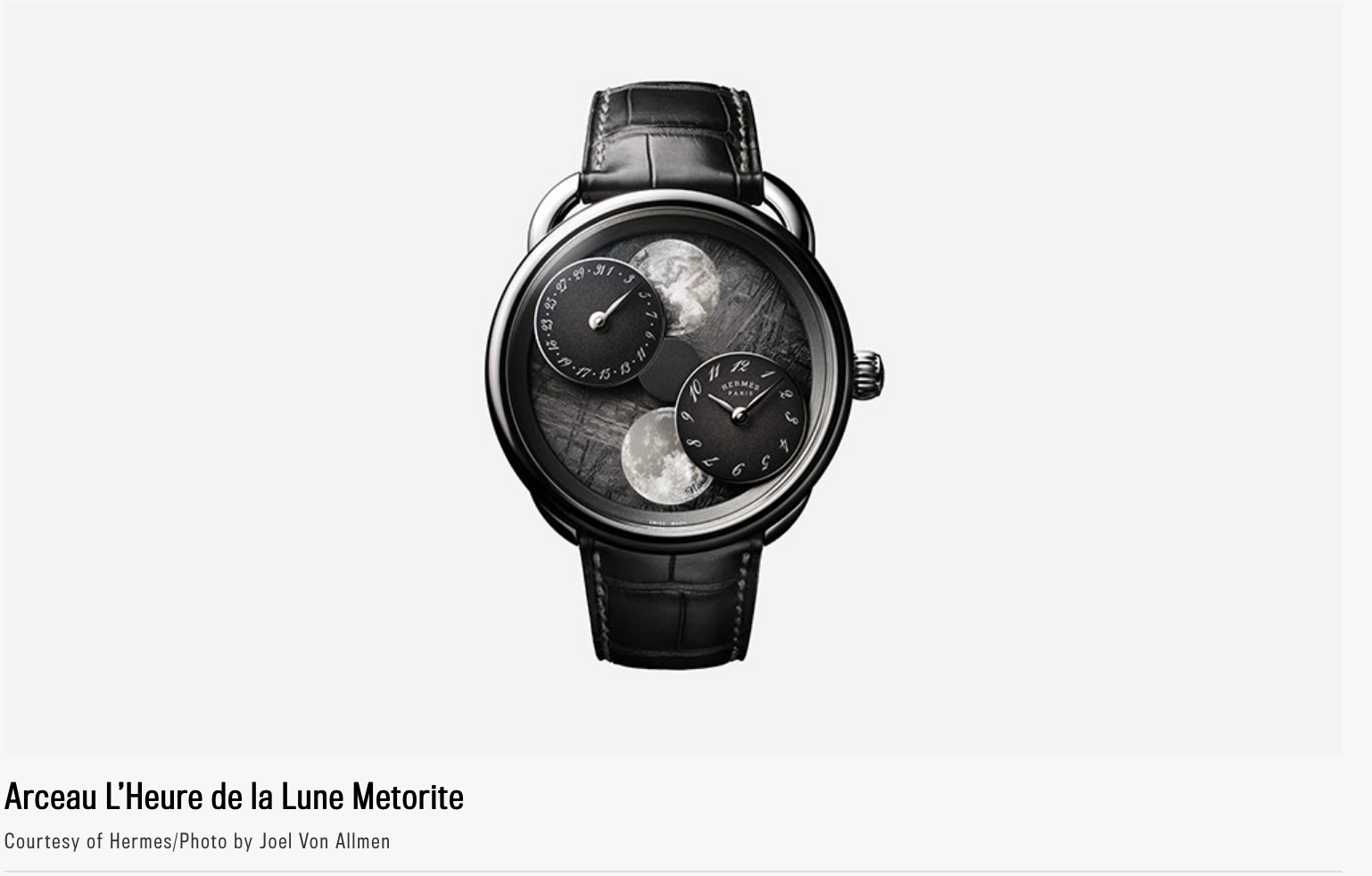 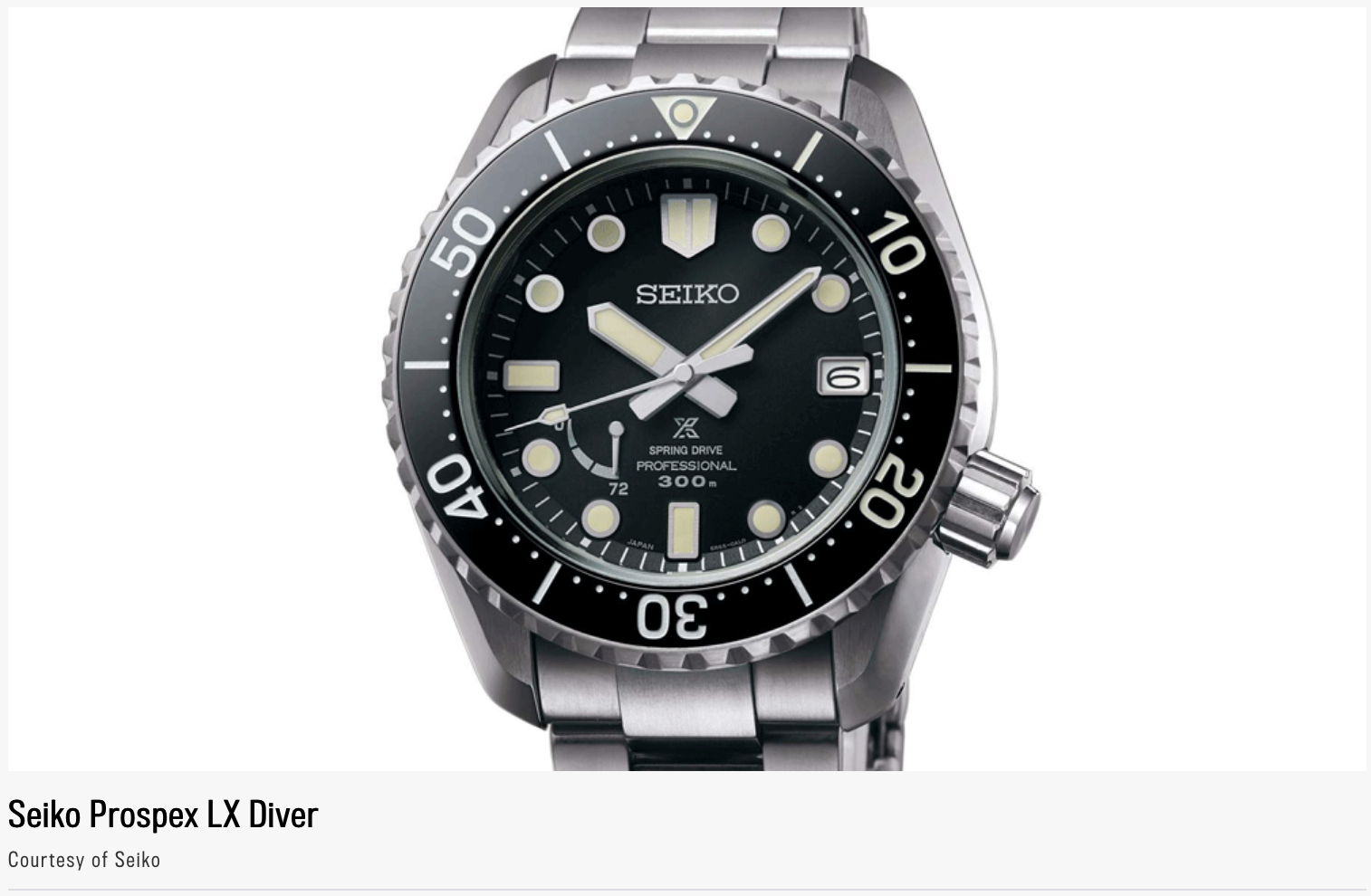 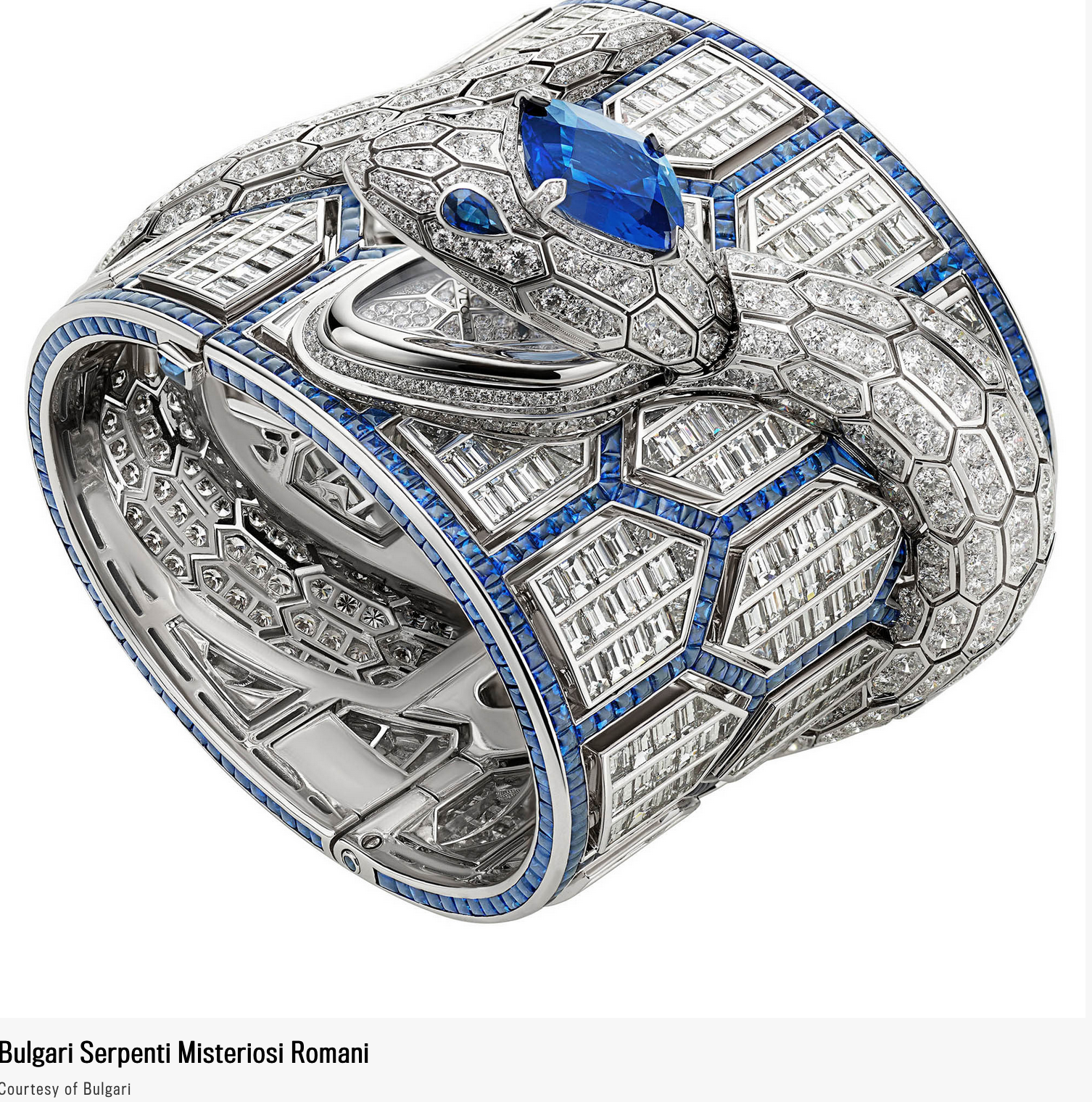 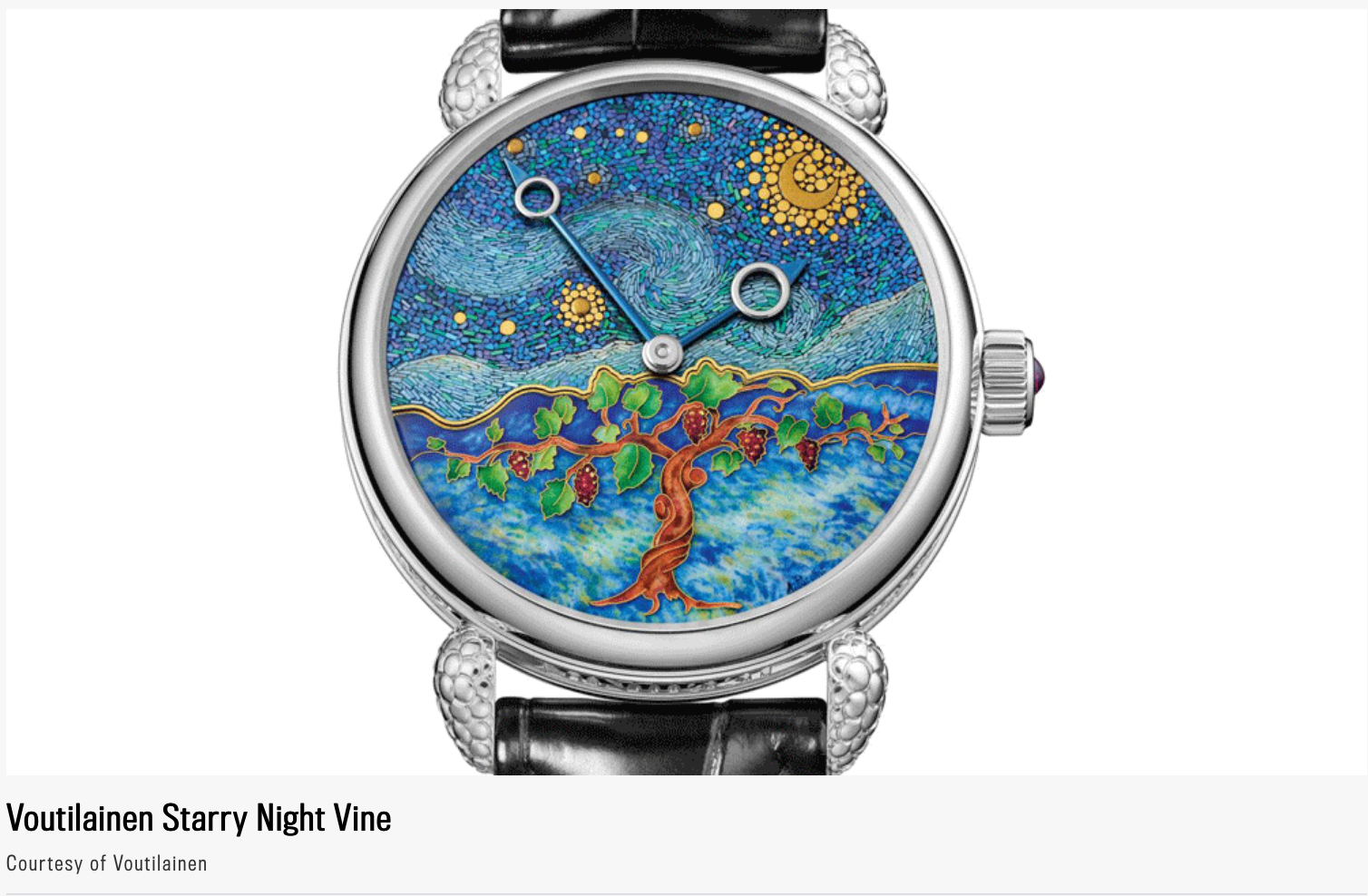 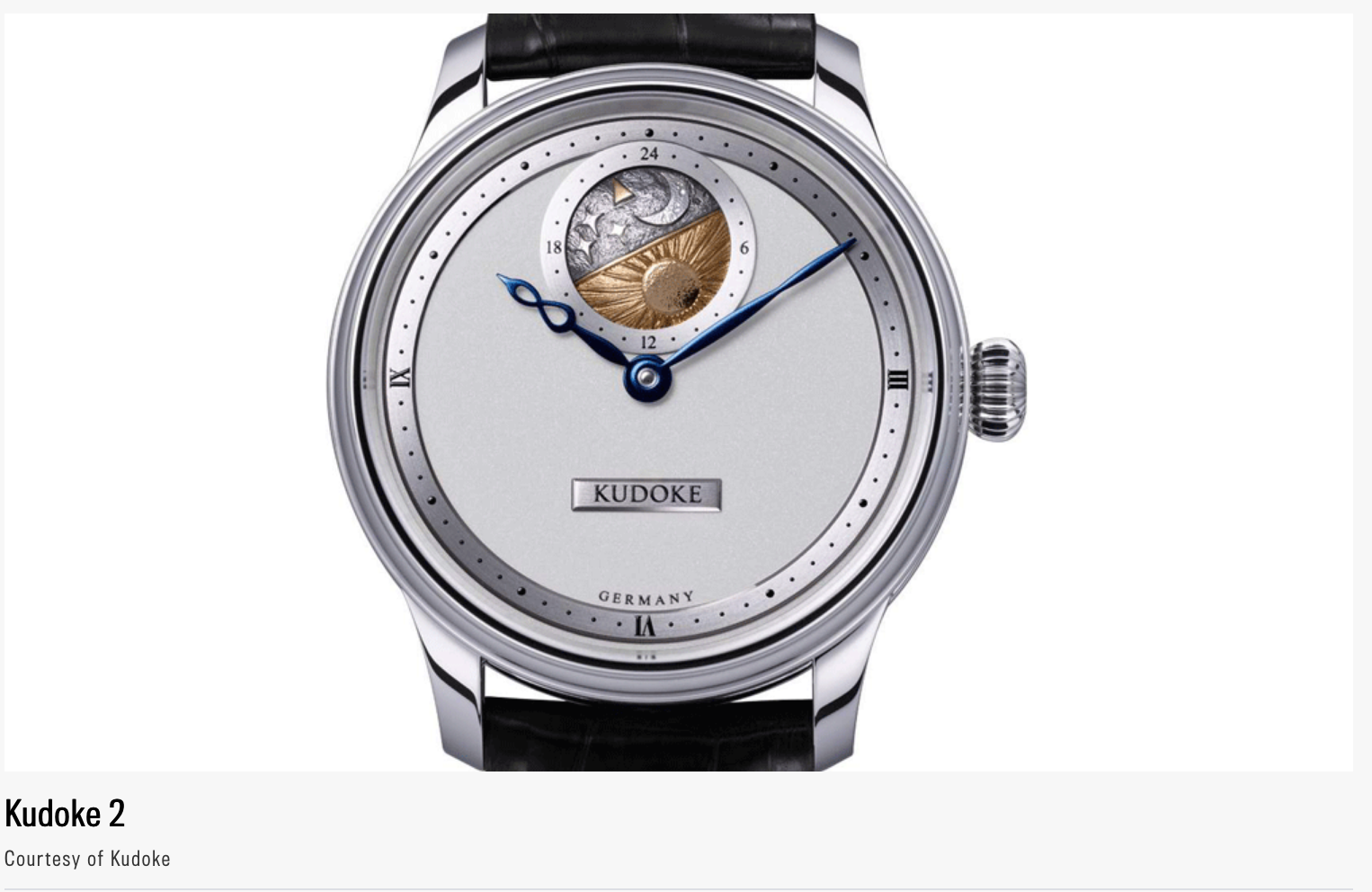 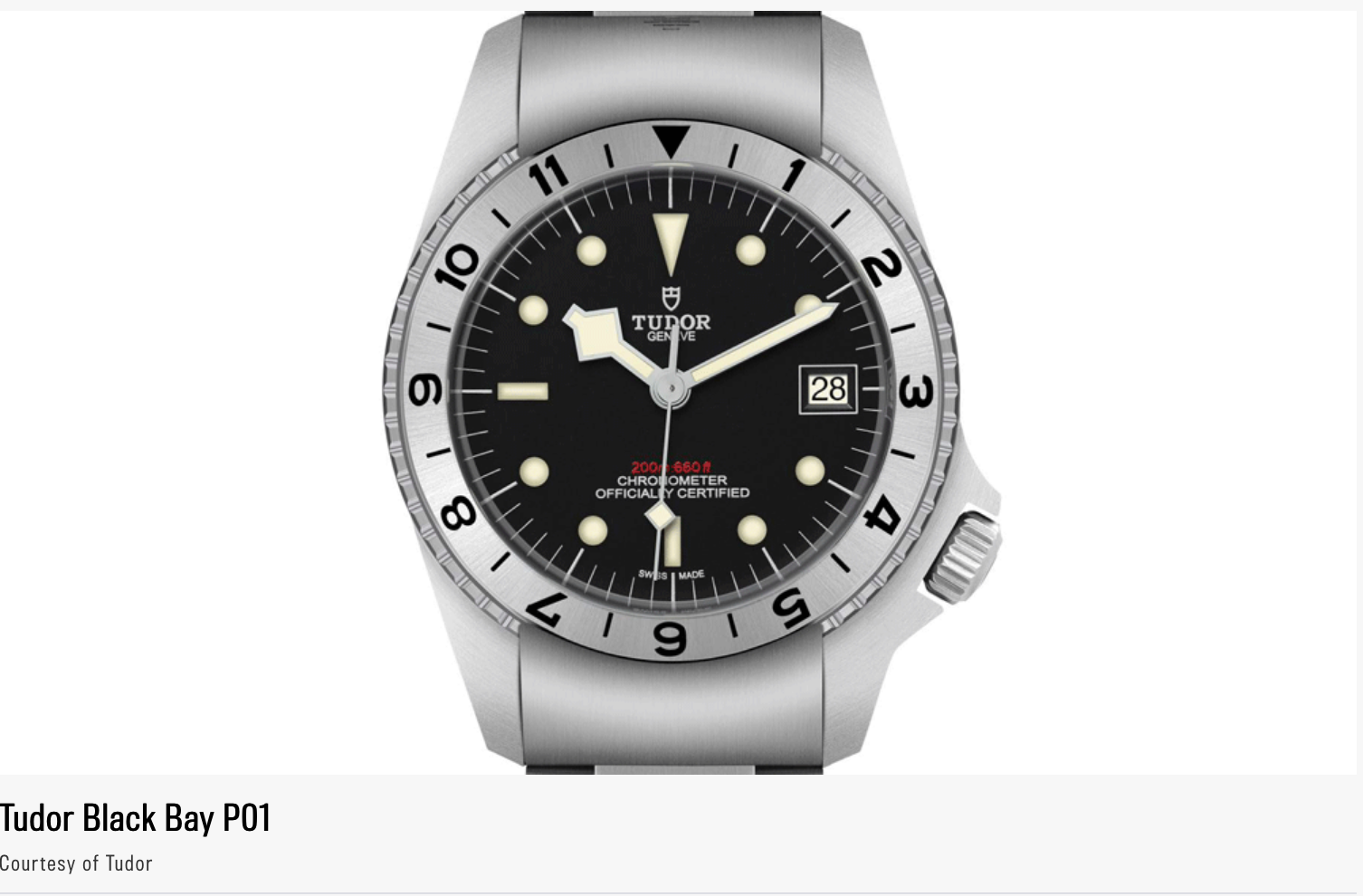 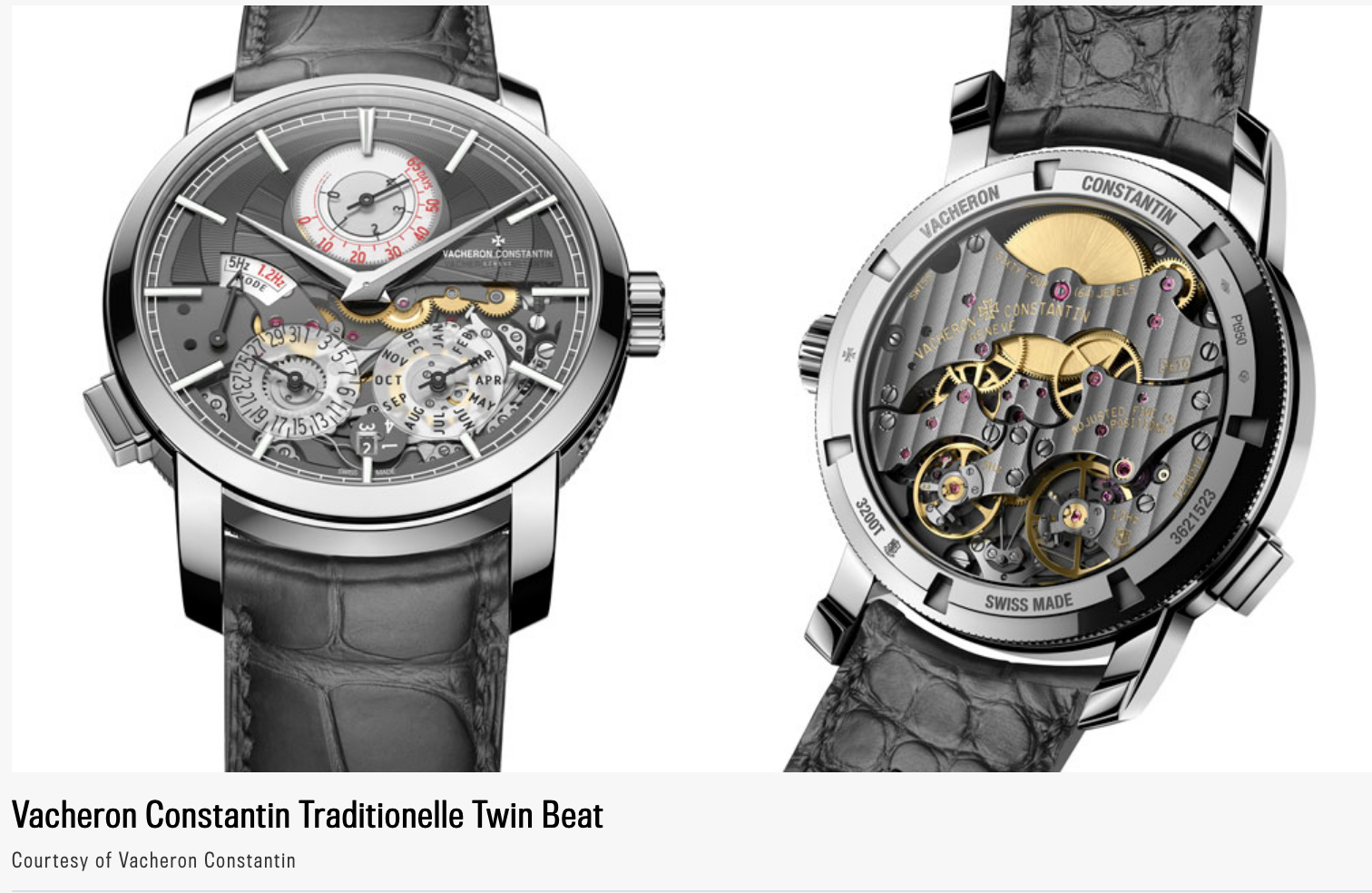 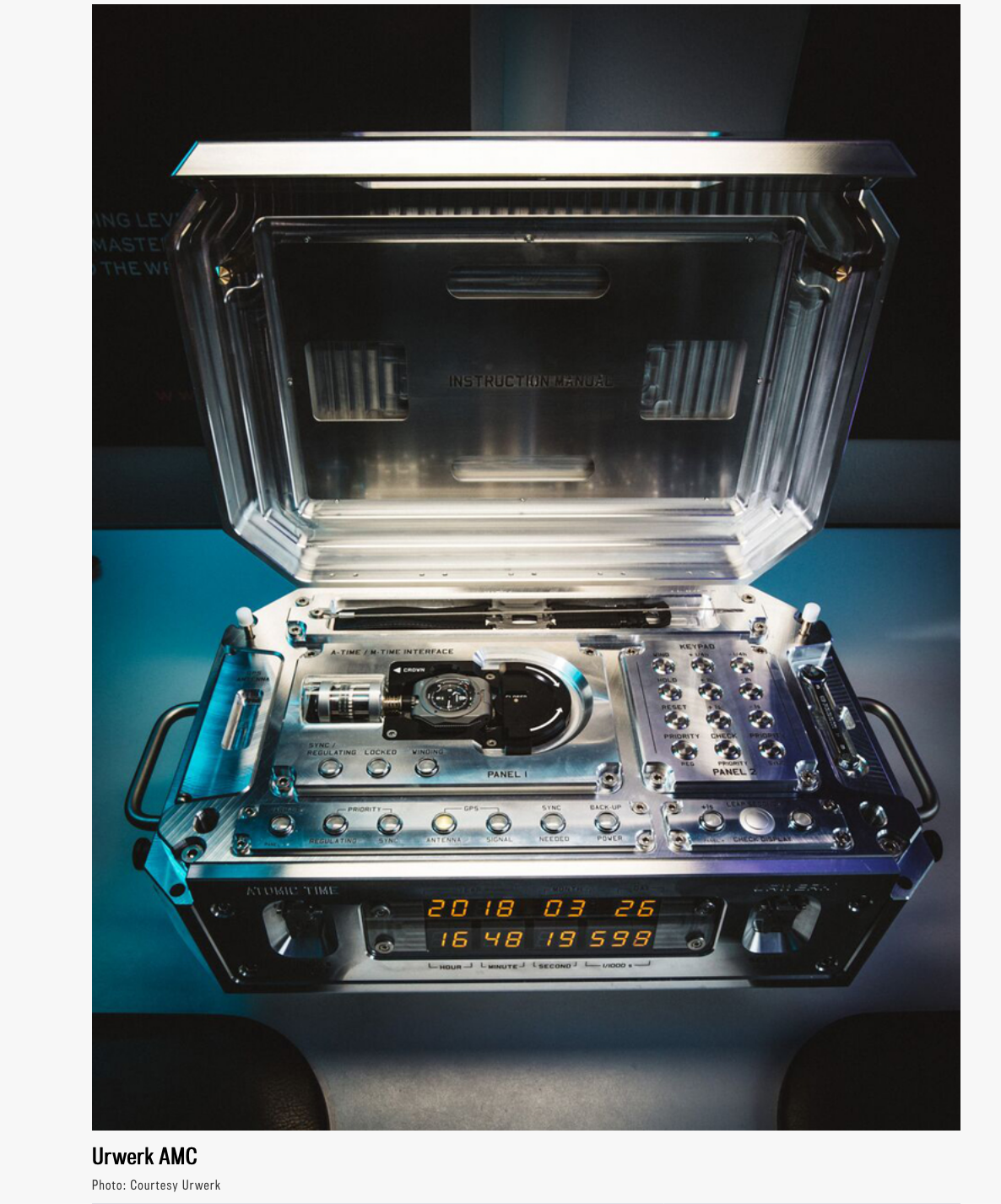 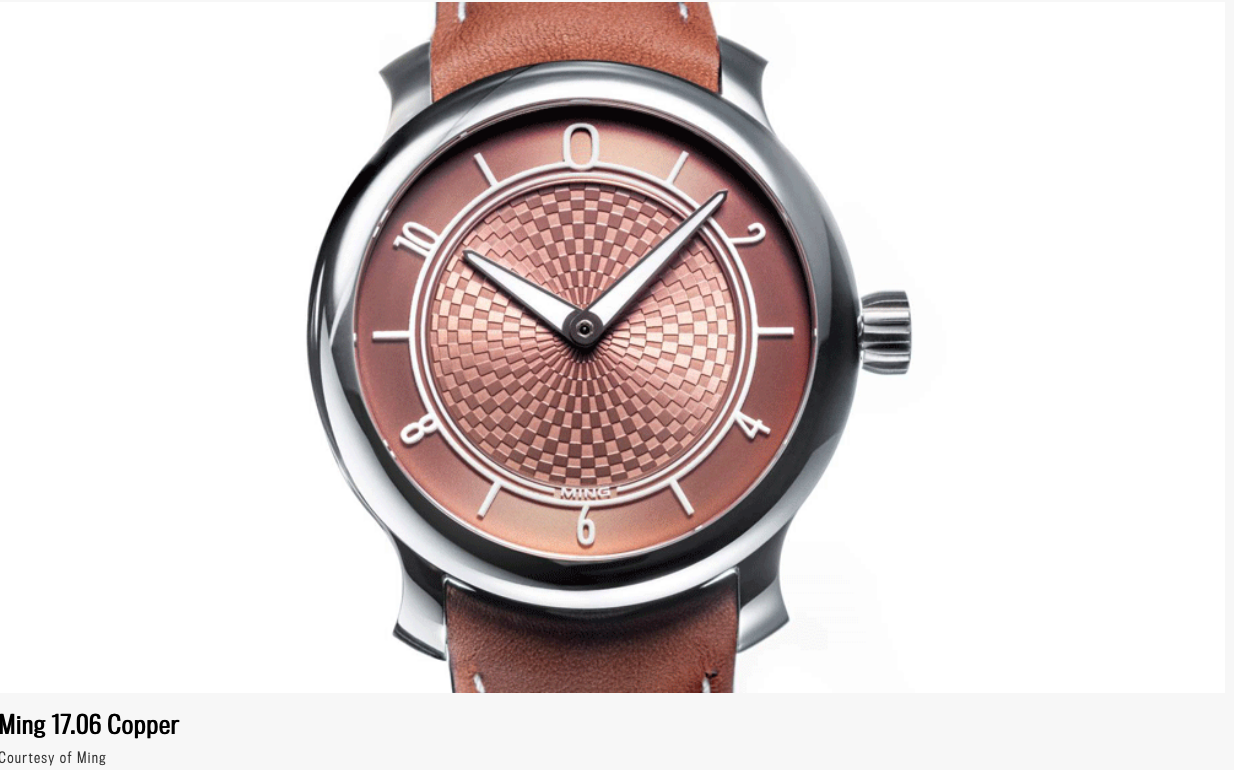