The prize-winners of the 18th Grand Prix d’Horlogerie de Genève (GPHG), also known as the Oscars of the Watchmaking Industry, were unveiled in the Théâtre du Léman.

The most desired award of the evening, the “Aiguille d’Or” (the prize for the best watch of the year) went to Bovet with its Récital 22 Grand Récital. (In 2017 this outstanding prize was given to Chopard for their Full Strike.) 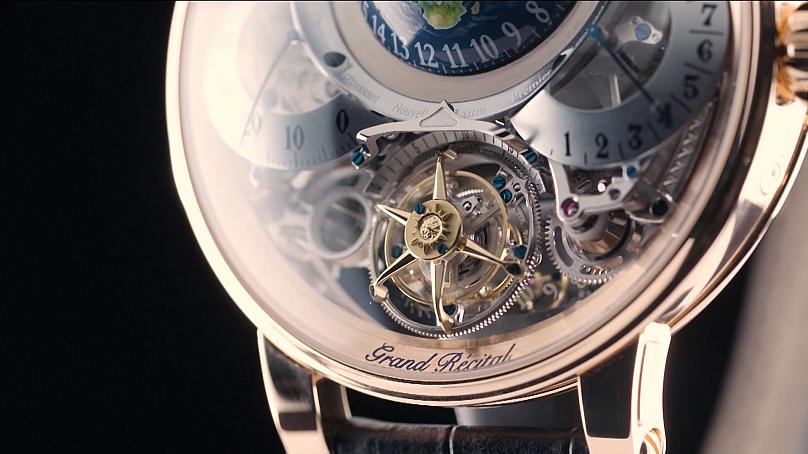 The almost 200-year-old Swiss luxury watchmaker's creation is a highly complicated wristwatch, with a flying tourbillon, and a retrograde perpetual calendar. The designers were to create something really "celestial", as this timepiece showcases the Earth, Moon and Sun, they all represent a complication, the sun is formed by the flying tourbillon for example, while the striking hemispherical earth displays the hours on a natural 24-hour cycle. The watch has a diameter of 46.3 mm. It has 472 components, and it provides a power reserve of over nine days. The case is made of red gold (there is a platinum version, too). The award-winner piece is part of a limited edition, the company makes only 60 of them. The price is 468'500 CHF.

The Récital 22 Grand Récital tourbillon forms the third chapter in the poetic watchmaking narrative begun by Bovet's owner Pascal Raffy and the artisans of the Maison two years ago when they unveiled the Récital 18 Shooting Star tourbillon.

This is the first time that Bovet has won this prestigious award.