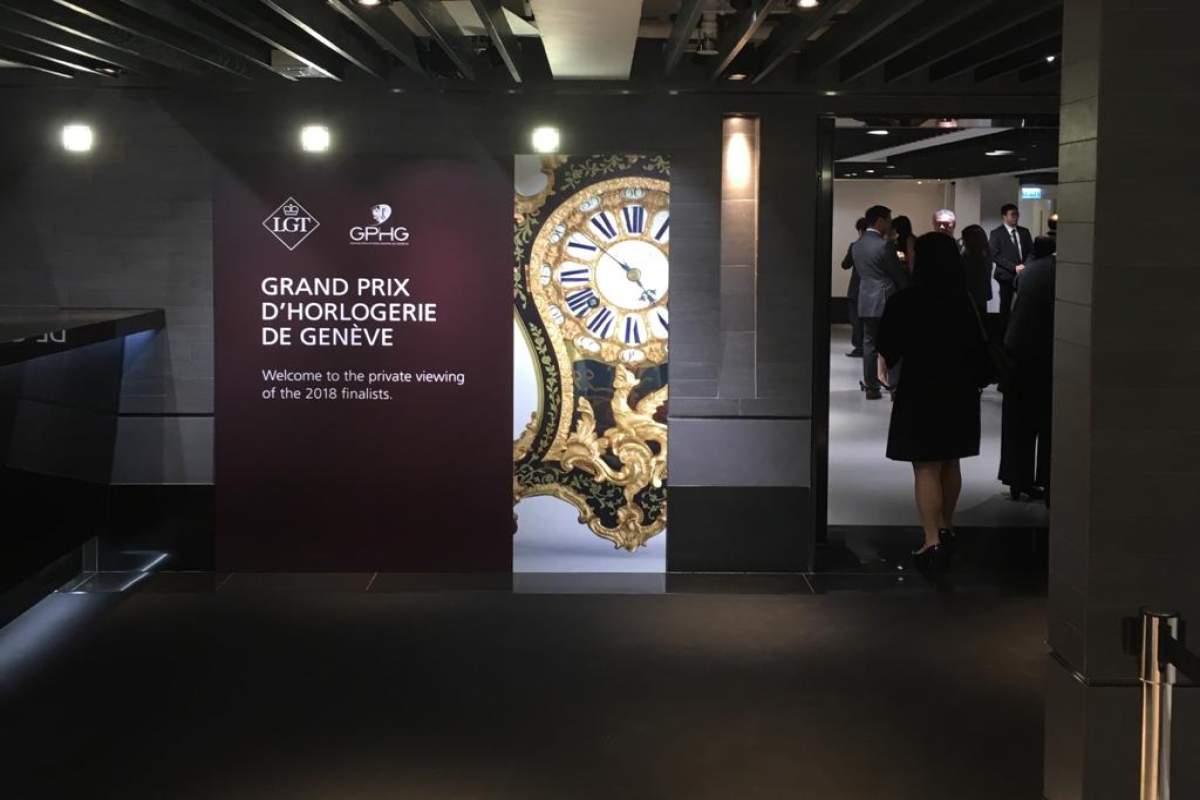 After a sensational first appearance in Venice on September 28th, the Roadshow presenting the 72 watches pre-selected by the jury of the 18th Grand Prix d’Horlogerie de Genève (GPHG) travelled to Asia for its second stopover, in Hong Kong.

The highly prestigious and recently opened “Liang Yi” art museum at the heart of the city’s historic district proved the perfect setting for this exhibition organised on October 10th and 11th, in partnership with LGT Private Banking, principal partner of the GPHG, as well as local partner Wine’s Link.

LGT Private Banking held two exclusive events enabling its clients to feel and explore the magic of the timepieces on display. The operation proved successful, notably due to the skill and knowledge of a discerning watchmaking expert enabling special personal contacts with final customers, who were delighted and entirely won over by the experience.

Open to the public on October 11th under the aegis of Wine’s Link, the exhibition and its vernissage were also a huge success that attracted a number of personalities, connoisseurs, collectors, devotees of Fine Watchmaking, stakeholders in the local watchmaking community, retailers and journalists – all of whom came to share their passion for craftsmanship and horological creativity.

Created in 2001 and overseen since 2011 by a foundation recognised as a public interest organisation, the Grand Prix d’Horlogerie de Genève is intended as an annual salute to the excellence of the contemporary watchmaking art.