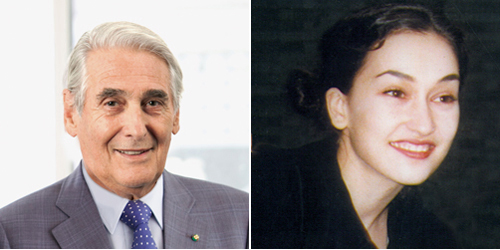 President and Director of the GPHG Foundation

Please share with us your perspective on the ongoing development of the GPHG, including the new features of this 13th edition, and in particular the new prize categories.

The GPHG naturally evolves over the years in step with the watchmaking world. It bears eloquent testimony to this vibrant art and, above and beyond our own involvement, it is in fact what the actors on this particular professional stage make it. Since the Foundation was created in 2011, we have striven to promote and nurture it, including notably by guaranteeing its transparency and its globalisation. We reflect on its evolution while being careful to preserve its fundamental mission : to celebrate the 12th art by annually saluting the excellence and creativity of worldwide watchmaking production, in a competitive yet unifying spirit.

The number of categories has been increased from seven to ten in order to honour the diversity of watchmaking creations. There are more and more Ladies’ Complication watches and Artistic Crafts are very much in the limelight, so we have created categories to reward the expertise displayed in these fields.

Moreover, two new awards are joining the 2013 prize list : the “Revival” Prize that will salute the best contemporary interpretation of an iconic model; and the “Horological Revelation” Prize that will reward a creation by a youthful brand, and hopefully serve as a springboard on the market. It is in this respect worth noting that the GHPG has shown support ever since its inception for the up-and-coming generation within the watchmaking profession through the “Prize for the Best Young Student at the Geneva Watchmaking School” – of which the winner receives a study scholarship awarded by our main sponsor, the Edmond de Rothschild Group.

Why has the composition of the jury been broadened?

A jury’s decisions are not always approved by all, one has to accept that there is a certain degree of subjectivity. We have broadened it in order to make it more representatives and because we wished to enrich it with new competencies. This led us to call upon creative talents who are authorities in their respective fields : designer and interior designer Philippe Starck, jeweller Viren Bhagat and architect Jean-Michel Wilmotte have joined our 2013 jury, alongside around 20 first-rate watchmaking experts. The second round of voting, in which the jury members will meet behind closed doors in Geneva to physically evaluate each of the 70 pre-selected watches, looks set to spark passionate debate and we are certain that the ensuing confidential votes will be based on solid convictions. (See the presentation of the GPHG 2013 jury on pages 7-10).

In which respects can the GPHG lay claim to both Swiss and international stature?

Keenly aware of the importance of our event to the watch industry as a whole, the Swiss Federal Council has been taking part in our ceremony each year since the Foundation was set up. This year, Mr. Ueli Maurer, President of the Swiss Confederation, will be honouring us with his presence.

In light of the free-trade agreements recently signed between Switzerland and China, and of the partnership ties between the cities of Beijing and Geneva that will take effect as of mid-September 2013, we have chosen this year to invite China as a guest of honour at our awards ceremony. Every year another country will be selected. Moreover, in addition to the exhibitions organized in Beijing, Macao, Dubai and Singapore, Geneva will once again be linked in a two-way live broadcast with New York, where the live transmission will represent an opportunity for the event to celebrate the 12th Art and the 2013 prize-winners.

We sincerely thank all the brands that take on the challenge of competing each year. While not all of them win prizes, despite the quality of their creations, they nonetheless contribute to enhancing the international reputation of a profession and a country.