Jointly presented by Adriana Karembeu and Frédéric Beigbeder, the prize-giving ceremony of the 12th Geneva Watchmaking Grand Prix (GPHG) was held in the Grand Théâtre de Genève this Thursday November 15th 2012. The glittering event was attended by Federal Councillor Alain Berset, representatives of the Geneva authorities, along with the most influential figures in the watch industry, all of whom had gathered to celebrate the 12th Art. 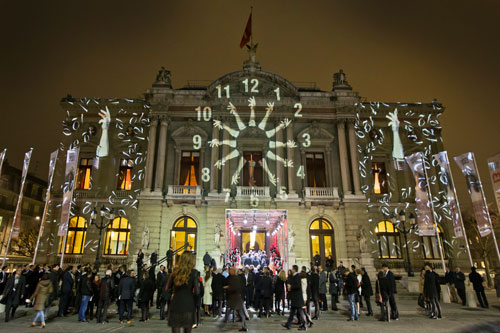 Organised in a link-up with New York and broadcast live with English interpreting for aficionados the world over, especially via the Euronews.org website, this event which has established itself as a stellar fixture on the international watchmaking calendar offers an annual salute to the excellence of worldwide watch production.

The international jury of this 12th edition, composed of watch industry professionals, awarded the “Aiguille d’Or” Grand Prix, the supreme distinction honouring the finest timepiece of the year, to the Mikrogirder model by TAG Heuer. 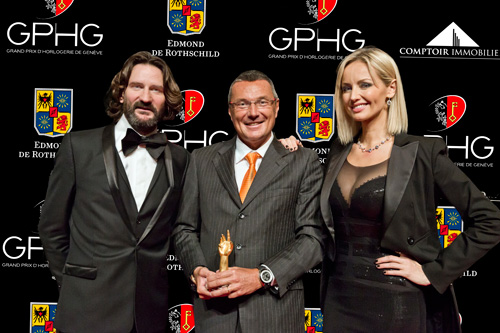 "Our chronograph is the ultimate in high-precision timing; it consigns quartz to historical oblivion." stated M. Jean-Christophe Babin, the winner of the “Aiguille d’Or”.

Created in 2001 and overseen since 2011 by a Foundation, the Geneva Watchmaking Grand Prix contributes to the international renown and influence of the watch industry and of its values: innovation, perpetuating expertise across generations and a constant quest for excellence. These shared core values are also upheld by the main partner of the GPHG Foundation, the Banque Privée Edmond de Rothschild. Since 2011, the latter annually rewards the best young student at the Geneva Watchmaking School by granting a scholarship. 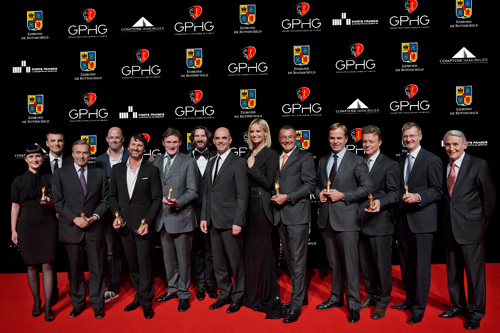 Public Prize: MB&F, Legacy Machine N°1
Once again this year, the public was also able to make its choice among the 70 watches pre-selected by the jury. The Public Prize is awarded by visitors to the Geneva exhibition and by internet visitors who voted for their favourite watch on the www.gphg.org or www.worldtempus.com websites.

EXHIBITION AT THE SWISS EMBASSY IN MOSCOW

All the prize-winning and nominated watches from this 12th edition of the GHPG will be on show at the Swiss Embassy in Moscow from November 28th to December 1st.

This year, the watches pre-selected by the jury were also exhibited in Hong Kong, Shanghai and Geneva, prior to the prize-giving ceremony.