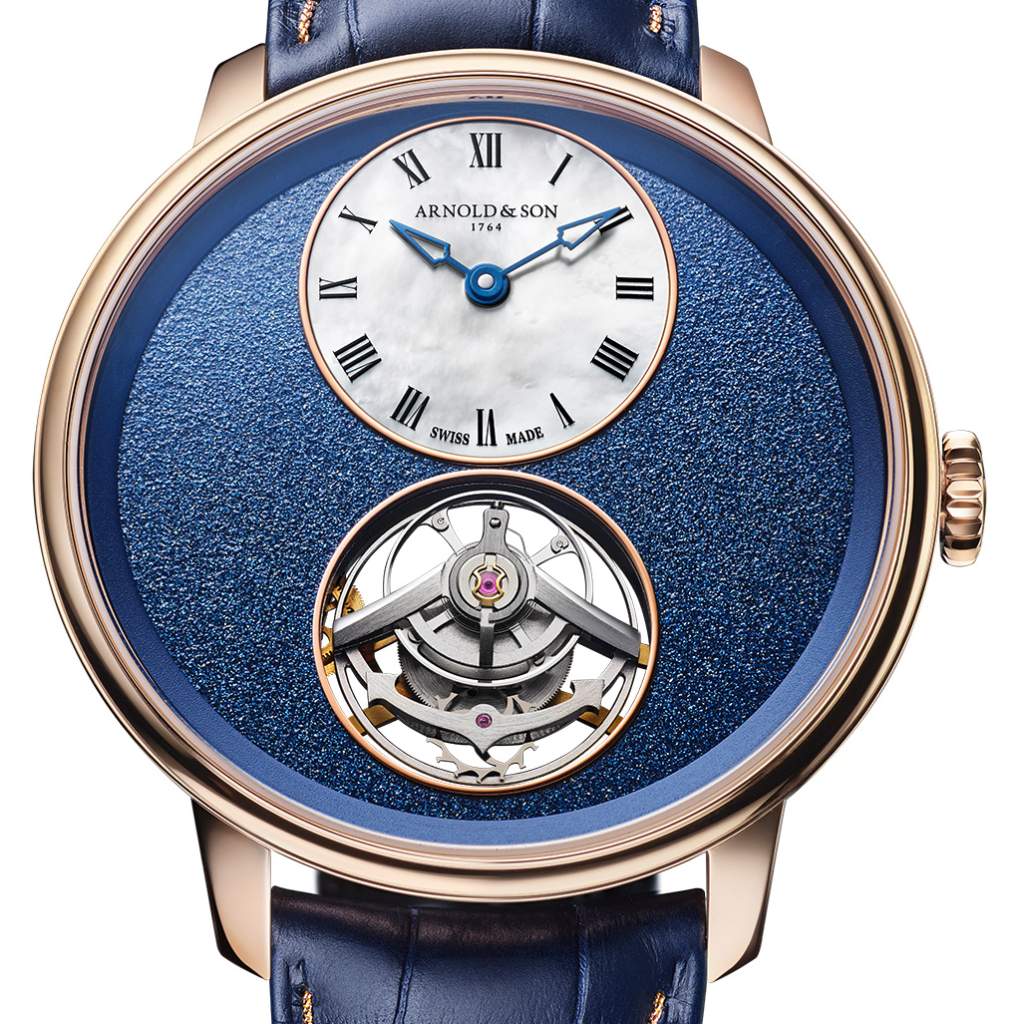 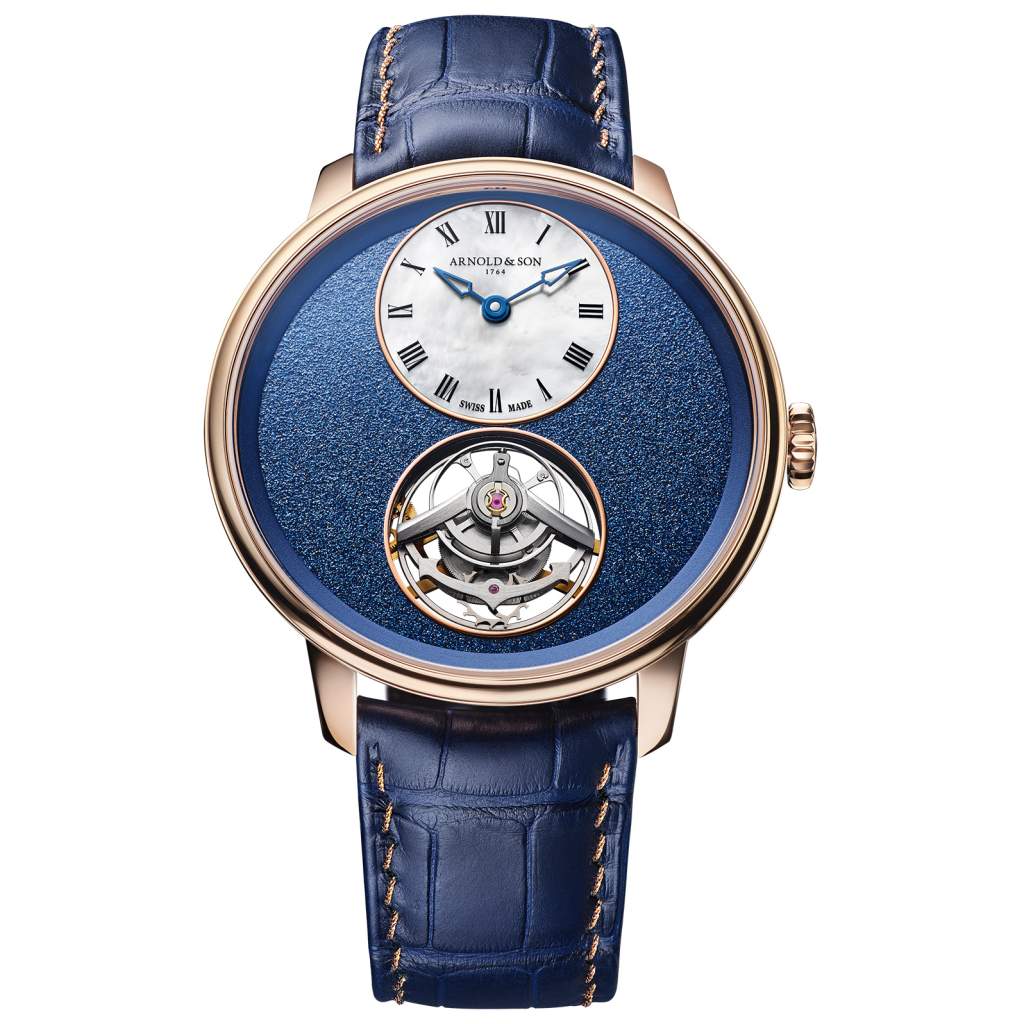 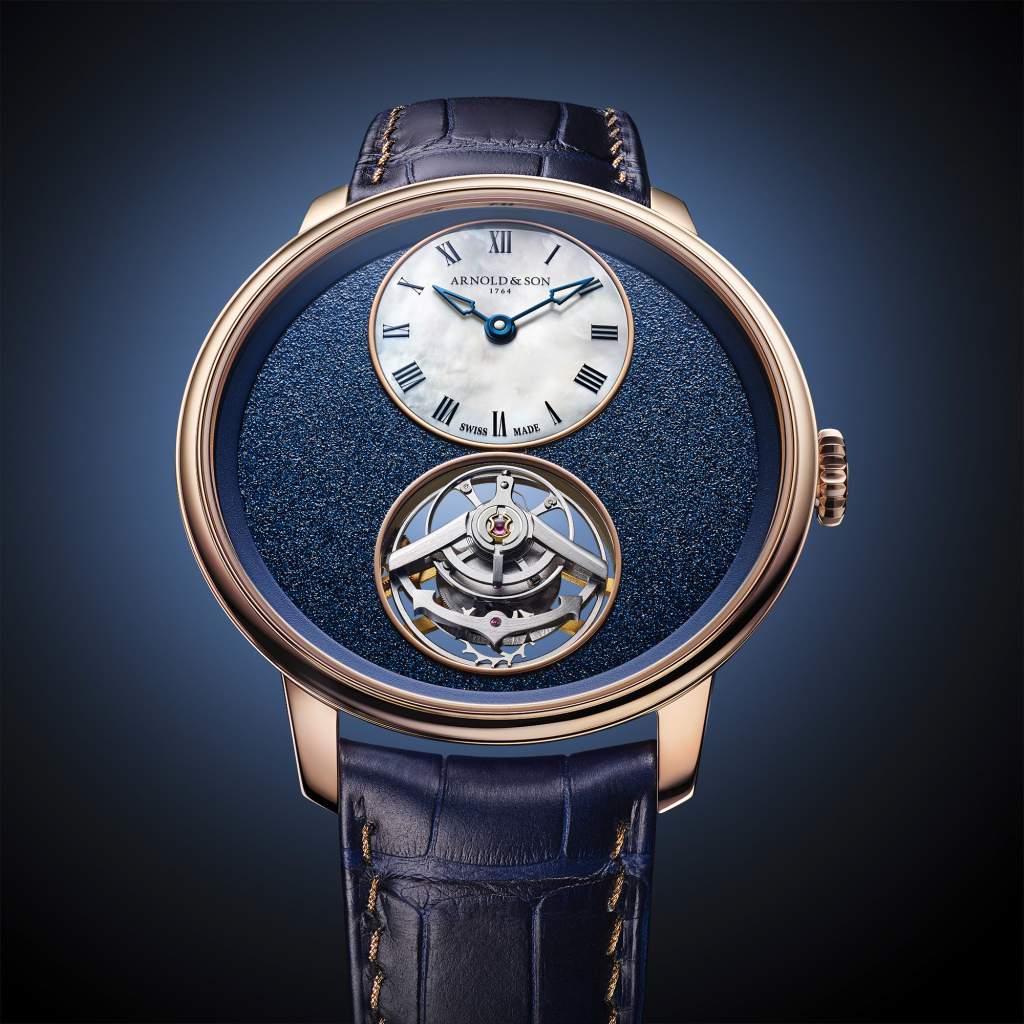 Arnold & Son has focused on materials and techniques that highlight the precious appearance of this finely honed tourbillon. The 41.5 mm cases in 5N red gold or 950 platinum have been redesigned, making them even slimmer and more refined. The bezels have been reduced to a fine metal band, the sapphire crystals are domed, and the transparent case backs have been screwed down.

Arnold & Son has used a new manufacturing technique known as ‘Cosmic Grené’ on the dials. This name makes direct reference to stargazing, as stars are essential guides for navigating at sea. Gold powder mixed with aluminium sparkles has been placed on the dial plate to create a lightly sandblasted surface. This is then coloured. Due to the complex manufacturing methods involved, the dial is subtle and finely textured, with a discreet lustre.

At the heart of the Ultrathin Tourbillon lies the A&S8300 calibre, whose architecture and finesse characterise this collection. At just 2.97 mm thick, this tourbillon with extremely refined finishes is one of the slimmest ever designed. The highest point of the A&S8300 calibre is located on the top of the tourbillon carriage, which has also been redesigned and undergone significant changes in relation to its predecessors. It features a variable-inertia balance with inertia blocks to ensure more stable calibration over time. The redesigned tourbillon carriage echoes the leading role John Arnold played in marine exploration during the 18th century. Its triangular shape evokes a sextant, while its double-arrow counterpoise represents an anchor. The point in the middle serves as a seconds marker, as the carriage completes a full rotation in one minute. The back of the Ultrathin Tourbillon reveals a new rear tourbillon bridge in 3N yellow gold that matches the gear train and stands out from the appearance of the rest of the calibre.

Modifications to the tourbillon carriage and regulating organ have increased the power reserve of the A&S8300 calibre, which now lasts at least 100 hours.