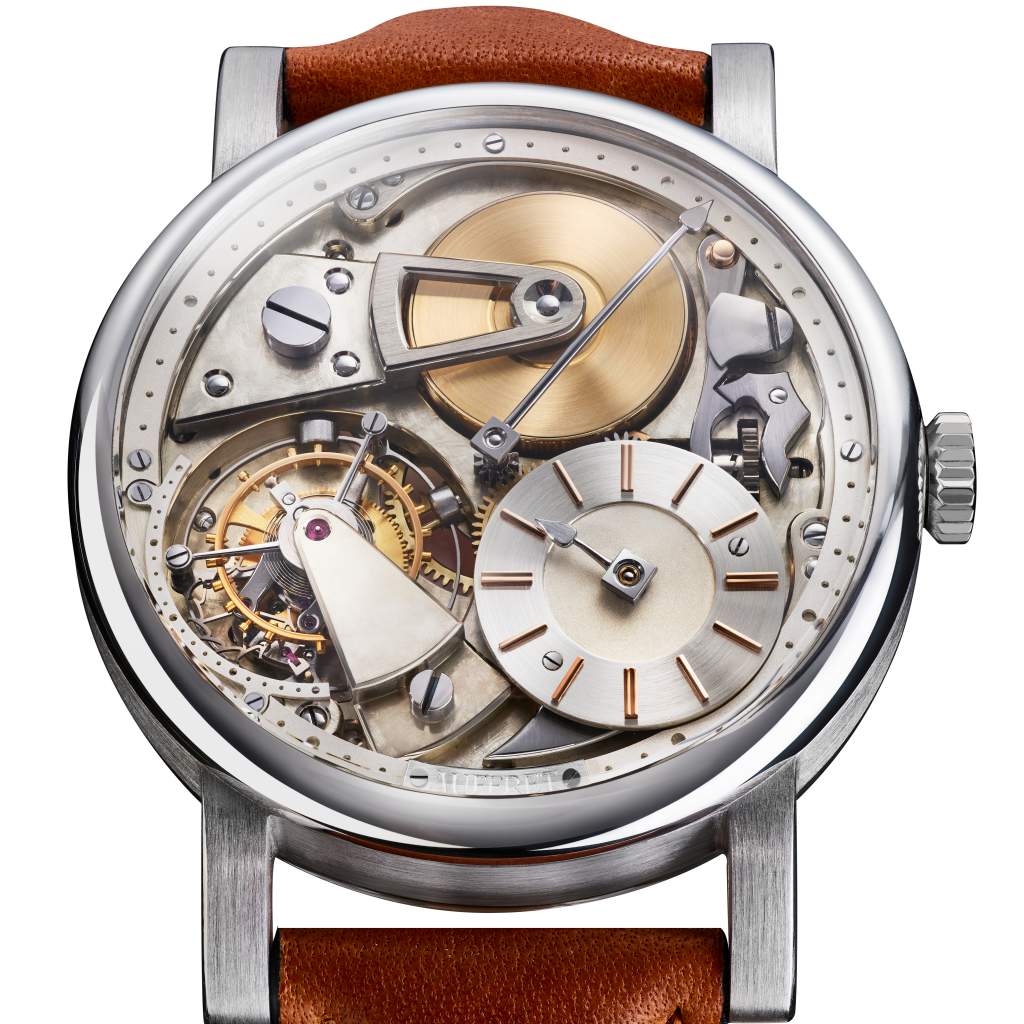 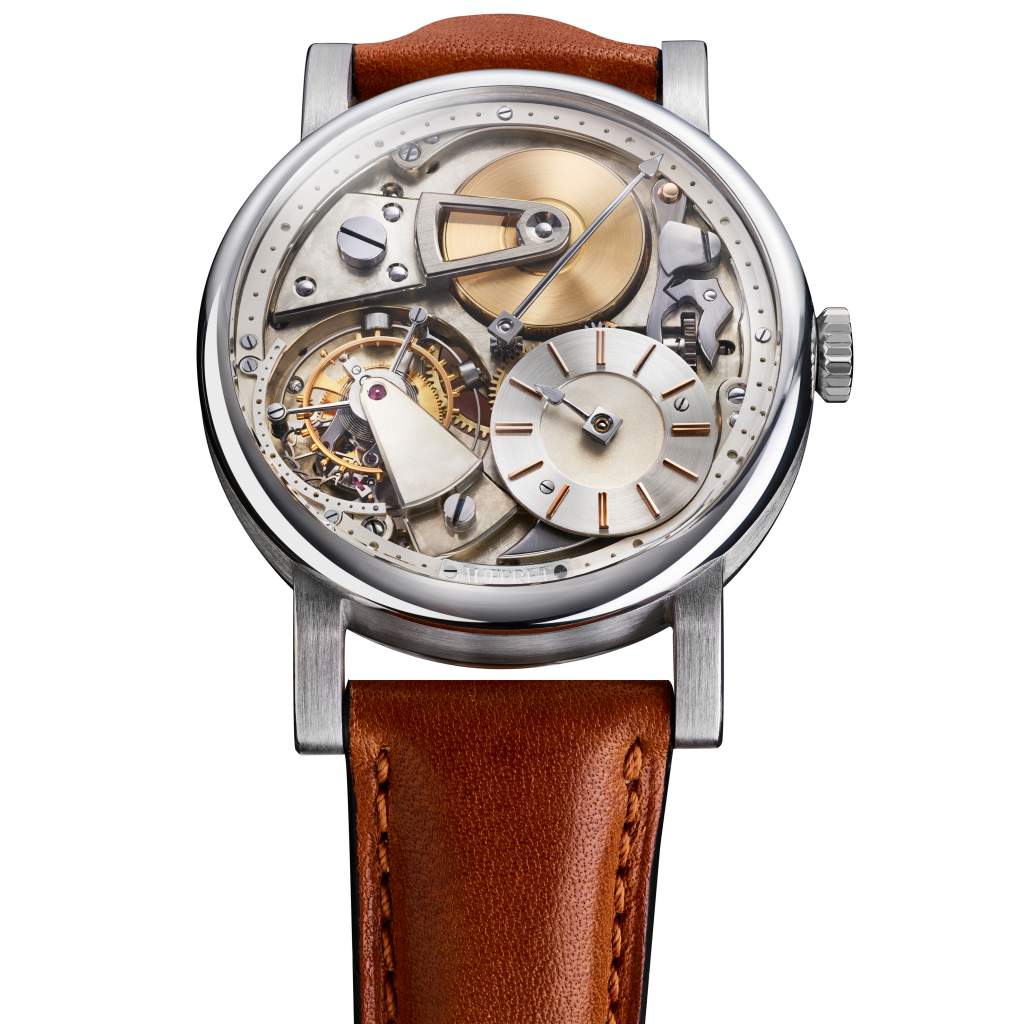 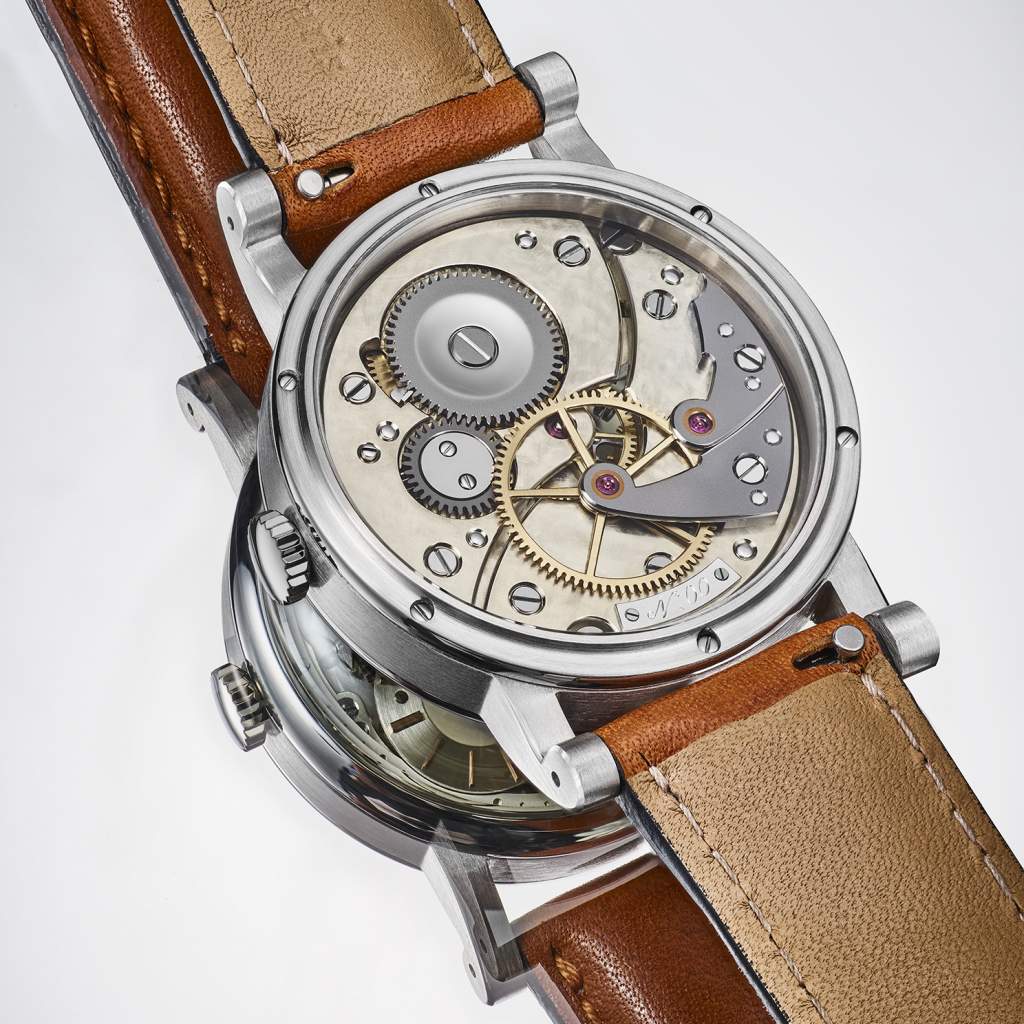 Inspired by precision timekeepers and chronometers from the second half of the 18th century, the “tourbillon à Paris” watch was designed based a flat central plate, allowing simple and robust machining. German silver or steel bridges thus maintain the gear train on either side of the movement, making the mechanics visible on the front and back of the case.

The movement is also made visible thanks to a “regulator” display made up of a central minute hand and a silver and gold hour dial. A twenty second sector dial can be manufactured as an option on customer request. The hands are turned and polished by hand just like every component finishing in the timepiece.

The visible mechanical triptych is made up of a barrel containing a powerful spring, developed for chronometry, a large gear train allowing the best possible transmission of energy, and a 14mm tourbillon carriage wich carries a balance and a Breguet hairspring oscillating at 21,600 vibrations per hour. Two cylindrical masses inspired by old marine chronometers allow the poising of the tourbillon carriage assembly.

The 38mm case can be made in platinum, gold, silver or steel. The artisanal manufacture of the watch allows each customer a wide choice of options that he or she is invited to choose, such as the material and finish of the dials, the color of the screws, the shape of the hands. Each particular request is carefully studied.

If the customer wishes, the regulation of the watch is prepared for a chronometry test at the observatory of the University of Besancon.