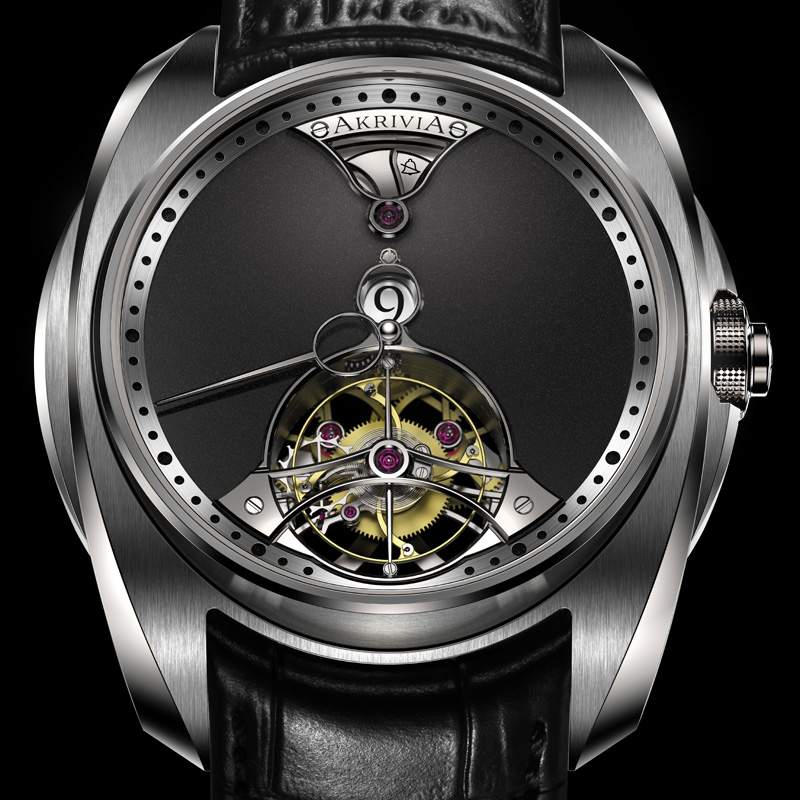 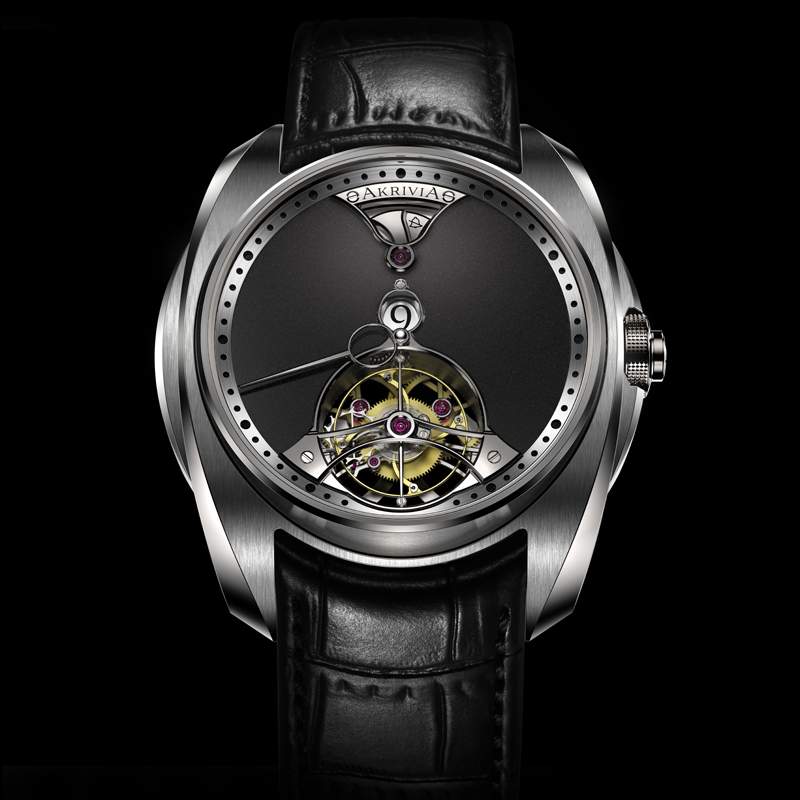 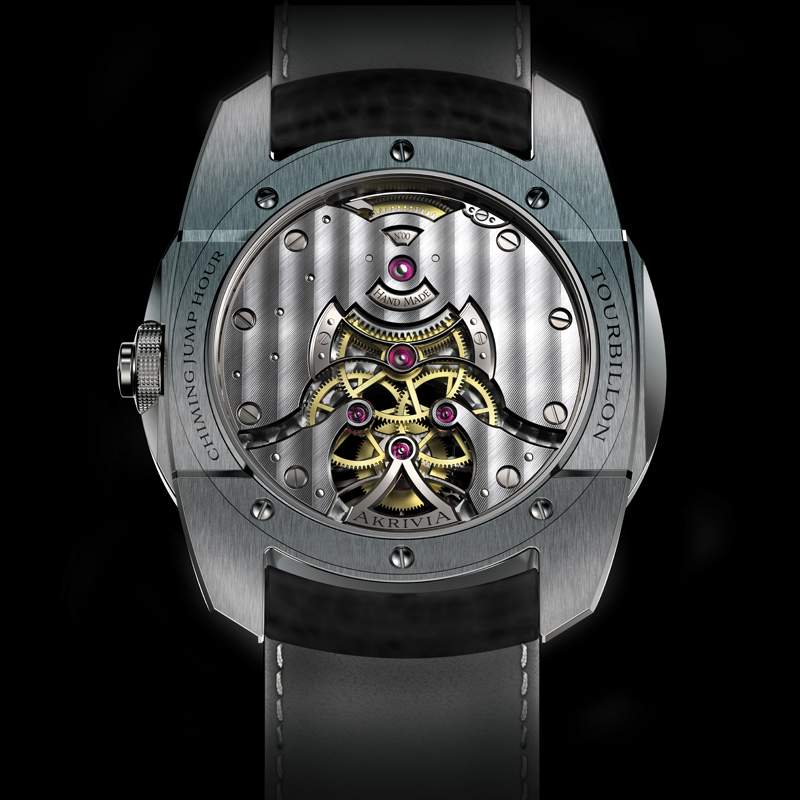 The Tourbillon Chiming Jump Hour model marks a pivotal moment for AkriviA, since it is the first movement entirely developed and produced in-house. This line presented in 2015 is distinguished by a somewhat unusual association of horological complications: a tourbillon, jumping hours as well as a mechanism striking the hours in passing with a silent function. It embodies a choice inspired by traditional watchmaking yet entirely in tune with the times through its playful and original way of displaying the passing of time.

The Tourbillon Chiming Jump Hour is equipped with a mechanical manual-winding movement with a single barrel and a 100-hour power reserve, while a pusher at 3 o’clock serves to switch the striking mechanism to silent mode which is indicated to the right of the hammer at 12 o’clock. The time is displayed through a central hours aperture in association with a single minutes hand. The 60-second tourbillon performs one turn per minute at 6 o’clock, a true technical and aesthetic feat whose heart beats at the frequency of 3 Hz or 21,600 vibrations per hour. The case features a contemporary and entirely ergonomic design suited to all wrist types.

In creating this calibre, Rexhep Rexhepi opted to work in two main directions. The first is that of technical perfection, vividly expressed through the production of the all-of-a-piece gong ring featuring a highly distinctive shape. Ensuring the instantaneous nature of both the hours and the in-passing chime was a fundamental factor in the development of this component. The watchmaker had to address several technical challenges in order to meet aesthetic requirements, including the choice of placing the hammer at 12 o’clock and thereby highlighting this key element in the striking mechanism. This approach had already been taken for the Tourbillon Monopusher Chronograph, in which the column wheel – an essential component of the chronograph – had been placed in an aperture at 12 o’clock. The watchmaker’s second focus was on the aesthetic appeal and the finishing of the movement. A passionate devotee of architectural equilibrium, Rexhep Rexhepi has designed all elements so as to achieve a perfectly symmetrical and harmonious result that may be admired through the see-through case-back. The precision of the finishes performed on most of the components sets the perfect finishing touch to an extremely technical and meticulous exercise that involves adorning this timepiece with mirror polishing, manual engraving and 56 inward angles hand-crafted using traditional watchmaking methods.

This timepiece is intended for devotees of authentic and rare watch mechanisms. It is made for those seeking the kind of emotions stirred by precise and innovative work. Like previous creations, the Tourbillon Chiming Jump Hour testifies to this mastery of hand craftsmanship, accomplished in keeping with finest Swiss watchmaking traditions.