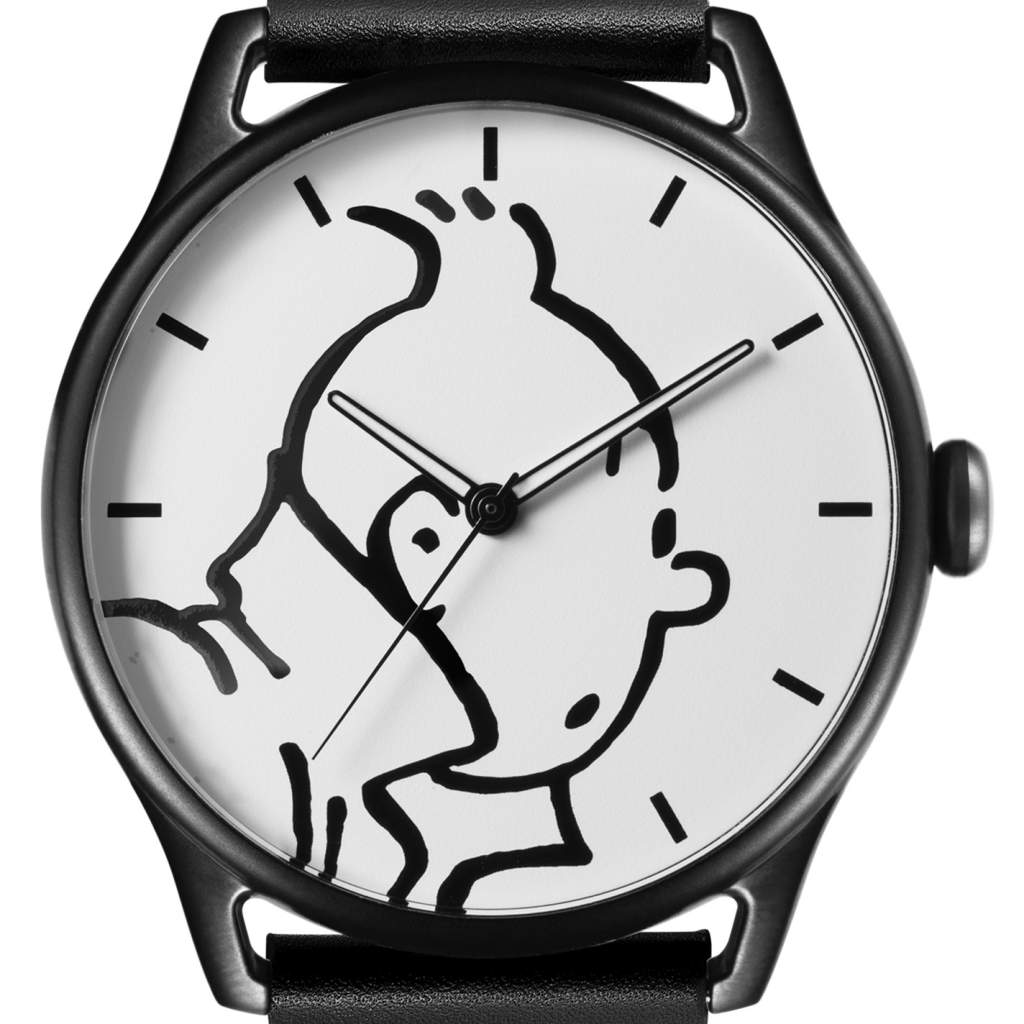 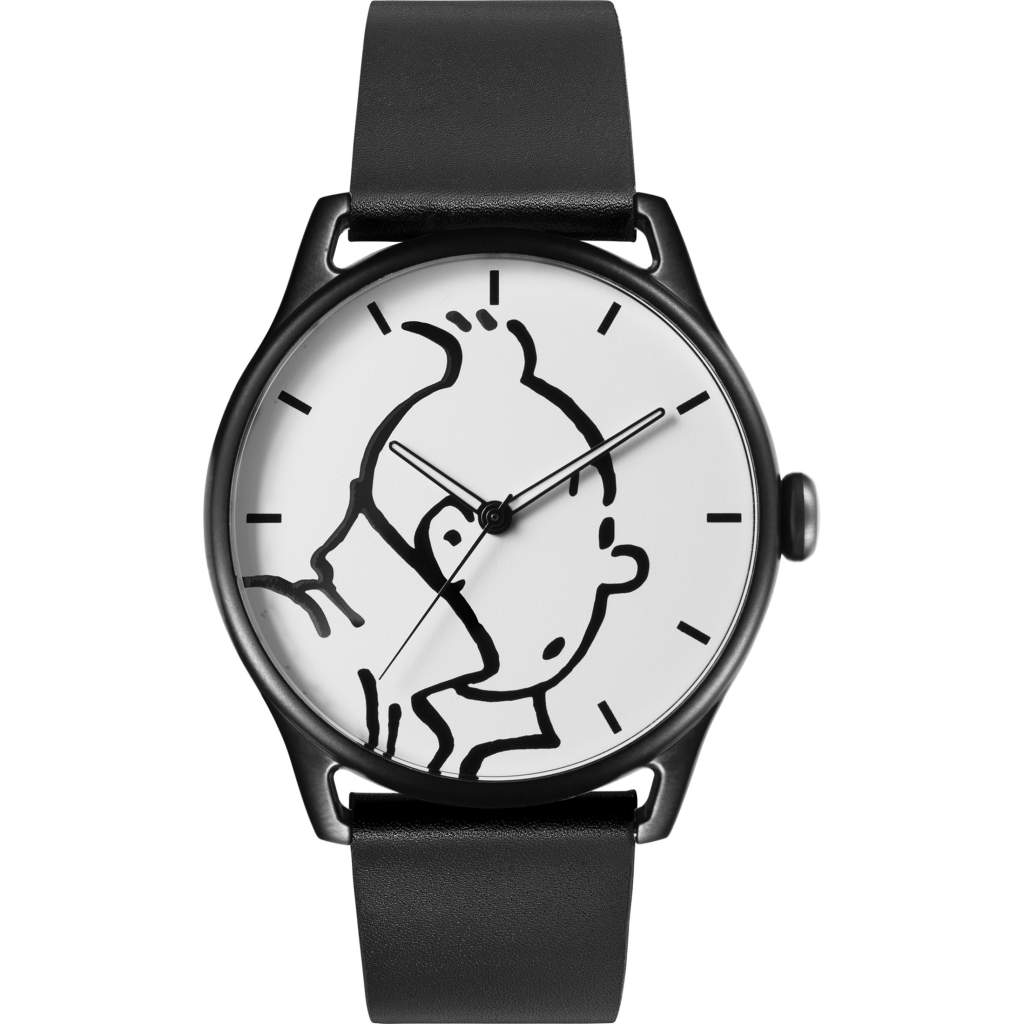 When the world of TINTIN tells the time...

It's news worthy of the Petit Vingtième, the famous reporter's newspaper: the saga invented by Hergé continues on people's wrists with a collection of watches!  Simple, fun, classical, urban or junior: the watches are designed for anyone between 7 and 77 years of age.

The profile of the fearless hero haloed with hour markers is illustrated in a black classic watch. Tintin's features and legendary tuft are in black on a white background in the dial for more sobriety.

Georges Remi, world-famous cartoonist known as "Hergé", was first and foremost a newspaperman.  When he gave life to Tintin in 1929, he was in charge of illustrating Le Petit Vingtième, a weekly supplement for the youth of a major Brussels newspaper of the time. The success was imminent and exciting adventures constantly fuelled by the news followed.  In 1950, Hergé Studios produced "comic stories" that were more and more realistic. Although Tintin's creator passed away in 1983, his comic books are still best-sellers that have been translated in over a hundred languages.  230 million copies sold since 1929!