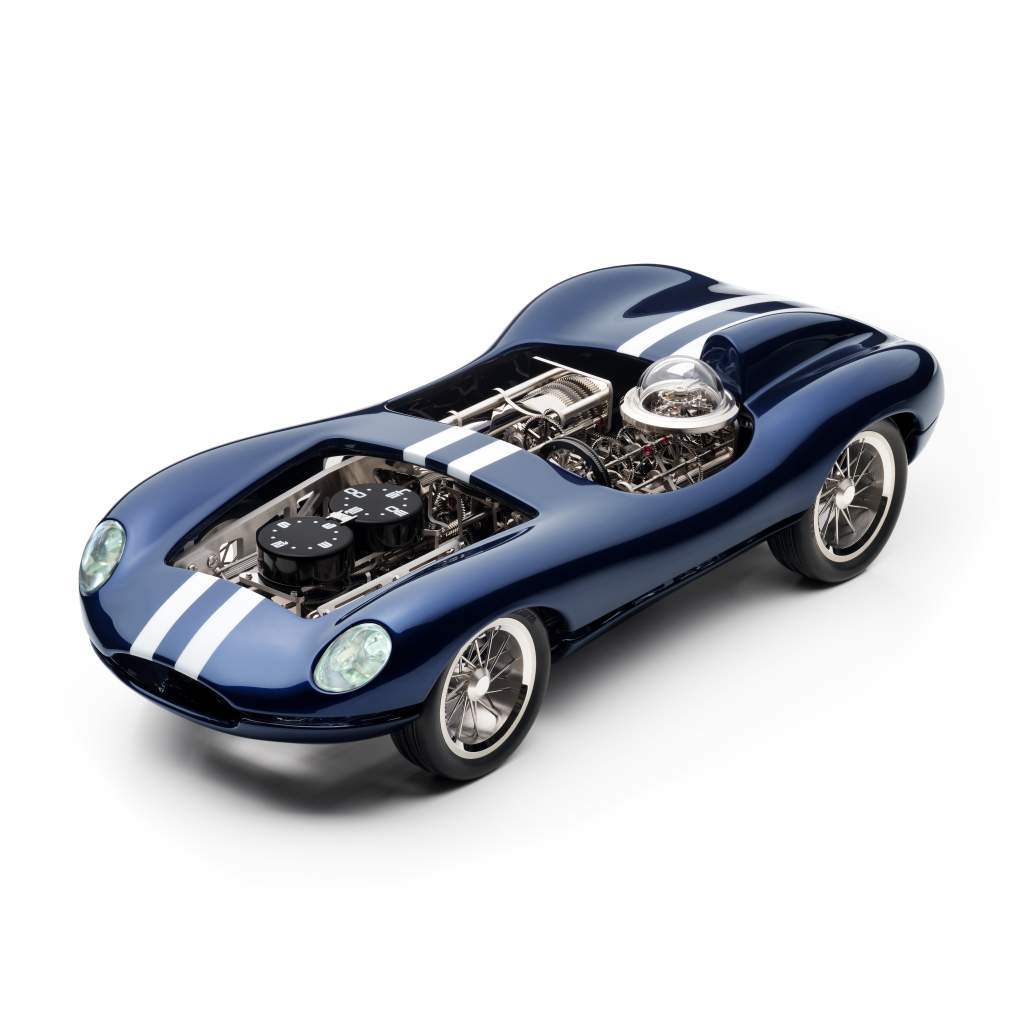 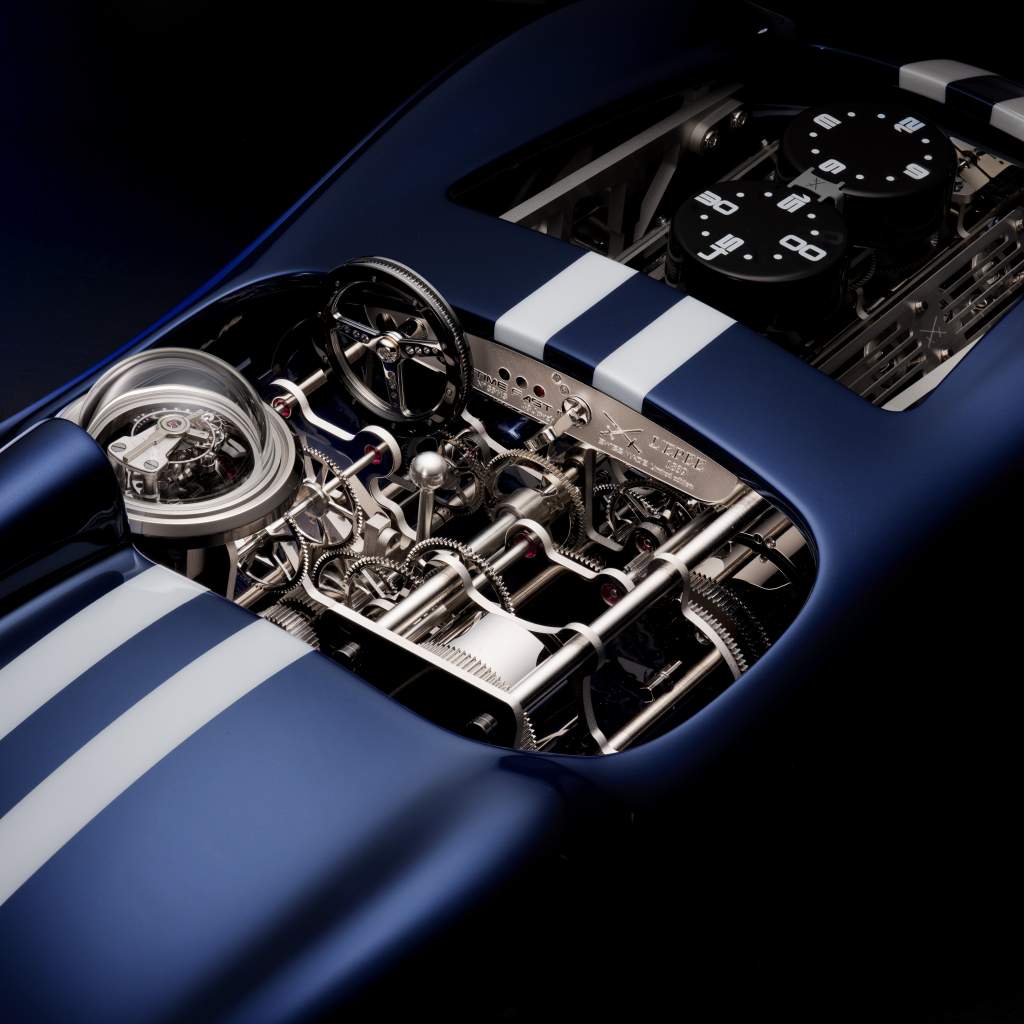 Time Fast II by L’Epée: Life in the Fast Lane!

Time Fast II is inspired by racing sports cars of the 1960s, a golden era of long-distance automotive competition.

The name Time Fast II references the fact that it’s a 2-seater car, has two movements (one for time and one for the engine automate), racing cars are getting faster, modern time seems to be running faster, and it is L’Epée’s second car inspired clock.

The floor and body are screwed to a H-chassis as in their full-sized counterparts. The body of Time Fast II is in aluminum because in the 1960s, aluminum was the high-tech material for racing cars as carbon fiber is today. An aluminum body on a race car offers a higher power-to-weight ratio, shorter braking distances, and faster cornering: all winning attributes in a sports car.

Time Fast II features two independent movements, both with their own power source. The first movement is in the cockpit and is responsible for keeping the time. Hours and minutes are displayed by rotating stainless steel disks on the air filters feeding the dual carburetor banks on top of the engine. The 8-day movement is regulated by a visible 2.5 Hertz escapement in the ‘driver’s helmet’ and powered by a mainspring visible in the passenger’s ‘seat’.

The second movement powers the engine automat. Turning the dashboard key starts the engine, triggering the pistons of the V8 to go up and down. This animation is completely independent of the time movement.

A manual gear lever selects between winding the time movement, winding the engine automate or neutral. Winding is accomplished by selecting the appropriate gear and pulling the car backwards.

Highlighting just how much meticulous attention to detail L’Epée put into ensuring that Time Fast II is as accurate as possible to the cars that inspired it, the stainless-steel spoked wheel rims are crafted just like the real racing wheels were in the 1960s. The tires are in soft rubber for optimal grip when winding the movements and filled with a carefully selected foam compound so that the tires are slightly flat on the bottom to the same degree as real sport’s car racing tires on a real car racing track.