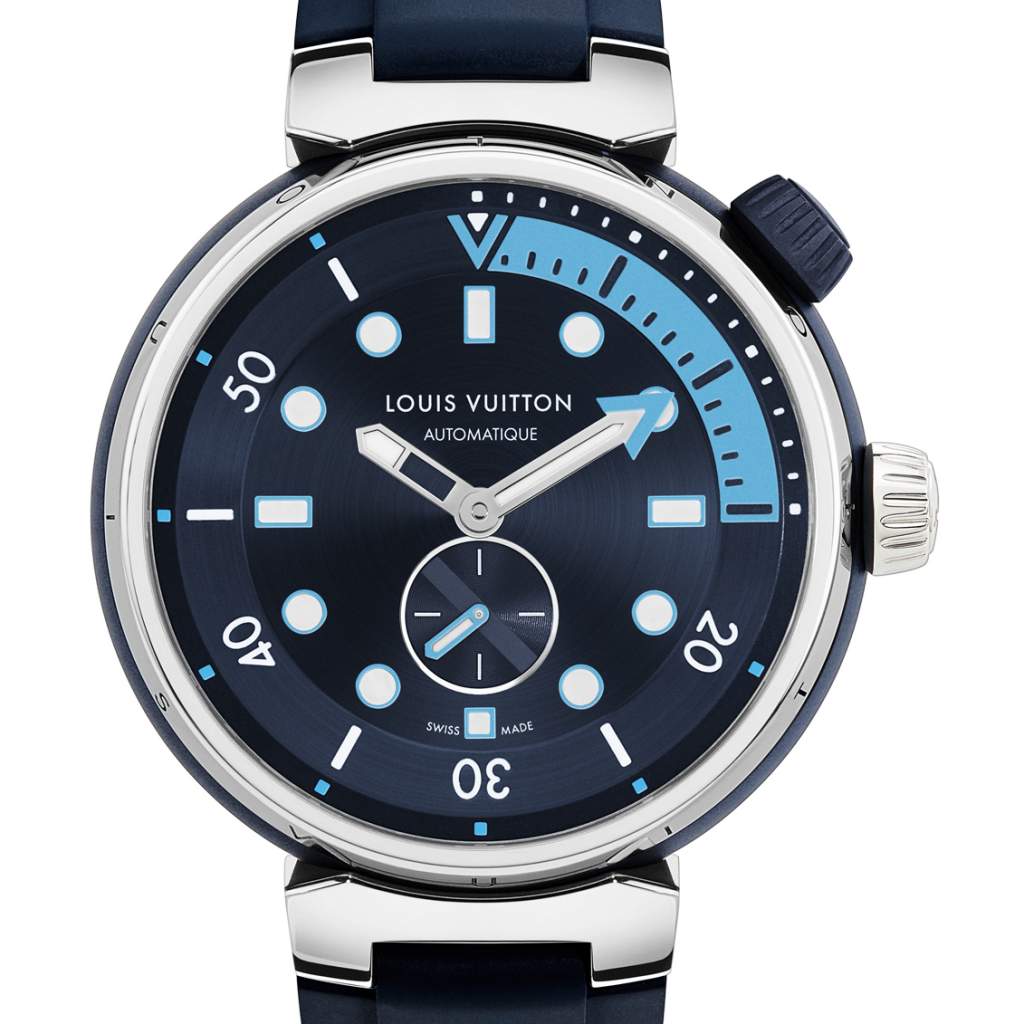 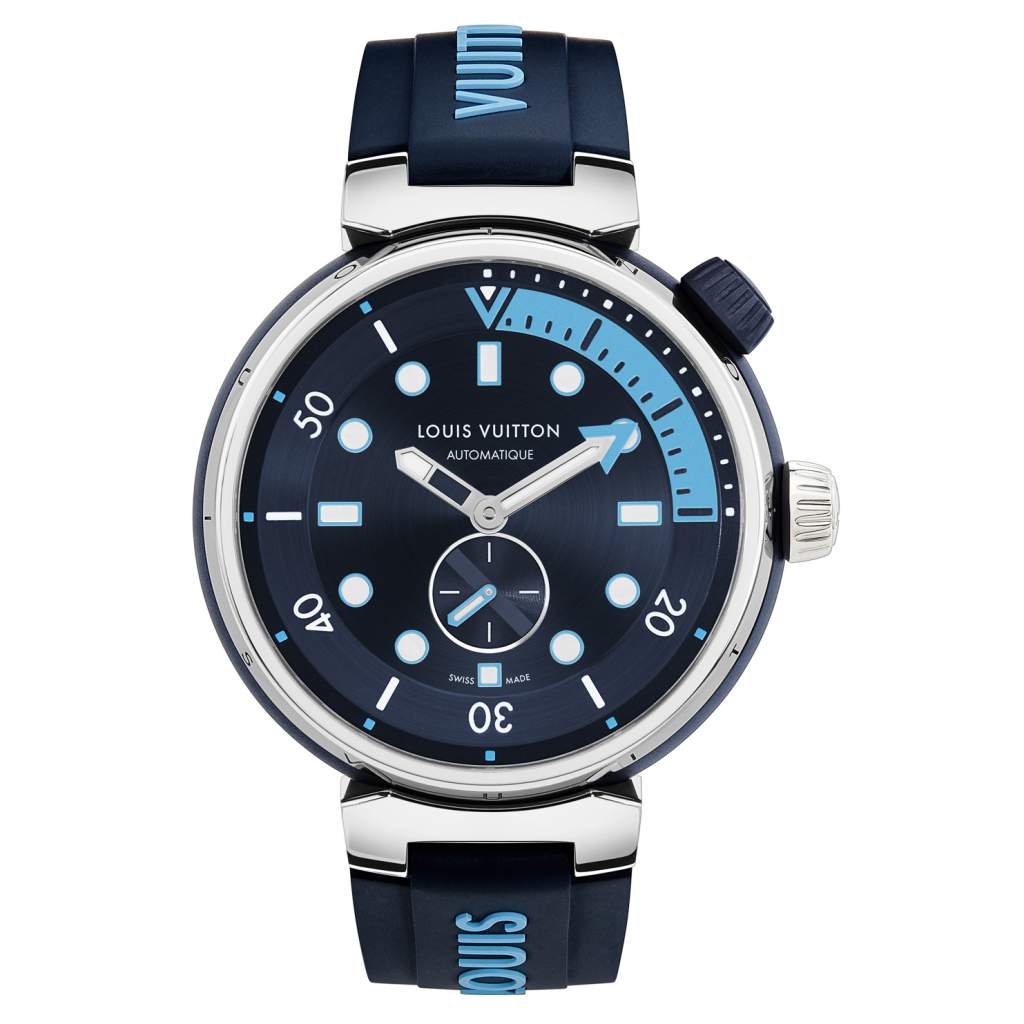 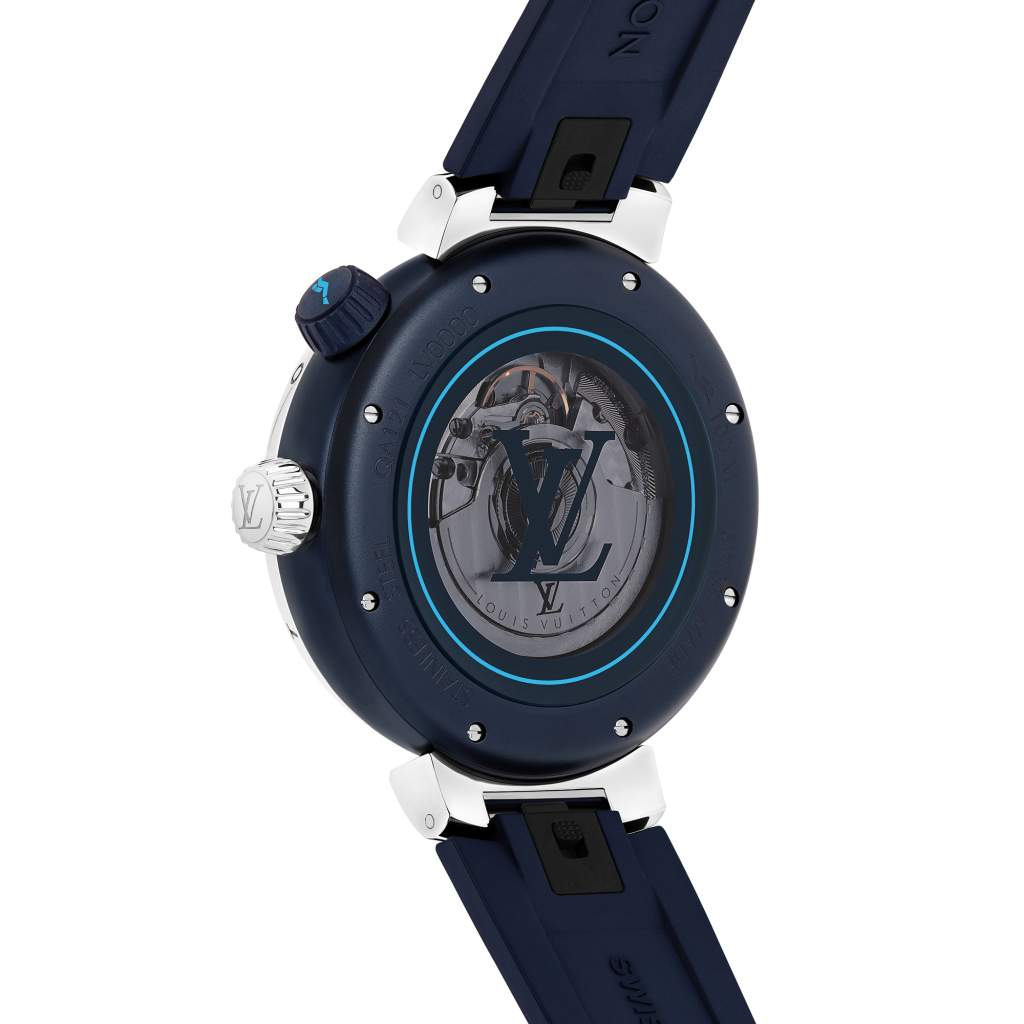 The new Tambour Street Diver is everything that Louis Vuitton symbolises – high artisanal quality, multi-functionality, creative ingenuity and the freedom of expression. It continues the House’s horological journey into the unexpected, one that began in 2002 with the launch of the Louis Vuitton’s very first watch.

Crafted from a single block of metal and larger at the base than at the top, the unique shape of the Tambour was inspired by a drum. With applied horns that seamlessly integrate the case and strap,  the position of the hours are indicated on the case-band by the 12 letters “L-O-U-I-S-V-U-I-T-T-O-N”.  The Tambour has, in two short decades, become an iconic and instantly recognisable watch.

Like all great designs, the Tambour case is timeless and adaptable and, over the past 19 years, has taken on various forms from spectacular high jewellery masterpieces to the acclaimed Tambour Horizon connected watch, via models boasting the most complications such as 2020’s Tambour Curve Flying Tourbillon Poinçon de Genève.

This year, this iconic watch has been reimagined  in the form of the Tambour Street Diver, taking  Louis Vuitton into the realm of high-end sports watchmaking with a timepiece designed to go from the gym to the club, the beach to the office. Robust and edgy with a decidedly sporty outlook, the Tambour Street Diver brings together all the requirements of a traditional dive watch while retaining the colourful, creative and unconventional style elements that have always been central to the House.

Encapsulating the energy and richness of city life, the Tambour Street Diver is vibrant, bright and offers something for everyone in a chic, ultra-modern package. Challenging the codes of more utilitarian timepieces, it was born as a watch with an urban outlook rather than as a traditional diving instrument, yet its underwater credentials have not been compromised.

By looking beyond its surface, the sportier aspects  of the Tambour Street Diver are revealed. From the screw-down crowns and 100m of water-resistance, to the generous coatings of Super-LumiNova on dial elements and inner rotating  bezel, all bear witness to the functional practicality of this Swiss-made highly crafted watch.

The diving scale itself has been placed below the sapphire crystal on the turning flange – the angled ring at the outer edge of the dial. The benefits of this internal rotating bezel are twofold: firstly, the top of the case is kept clean and minimal in the image of all of the watches in the Tambour family, secondly, the gentle inwards slope of the flange draws the eye to the centre of the dialcreating a feeling of depth and intensity.

The dive bezel is set via a colour-contrasting crown  at 1.30 bearing a diver’s silhouette to distinguish it from the winding crown at 3 o’clock. Using the quirky yet inventive “Align the V” concept, the letter V on the diving scale is rotated to align  with the colour-matched V at the tip of the minute hand, the two forming an X that marks the beginning of a dive, the start of a new adventure. The time spent under water is then read on the internal bezel, the first 15 minutes highlighted by a vivid, colour-blocked scale.

Keeping its functionality hidden behind a disruptive design, the Tambour Street Diver perfectly mirrors  the contradictory city life and the juxtaposition of nature aligning with an urban environment.

To this end, the watch’s launch campaign aims to reveal a new city perspective focusing on water  – a key element in enabling urban populations and ecosystems to grow and prosper harmoniously. Whether inside or out in the open, in public squares, gardens or parks, below ground or from great heights, water brings life to the city in all of its forms.

And just as water itself takes on infinite shapes, the Tambour too has proved to be eternally adaptable with its tapered case making the watch suitable for all wrist sizes. The Tambour Street Diver is interpreting sports-chic in its own unique way.

The clever quick-change strap system perfectly  crafted by Louis Vuitton over the past three years, further enhancing the watch’s capacity to morph  from day to evening, casual to formal, sporty to smart.