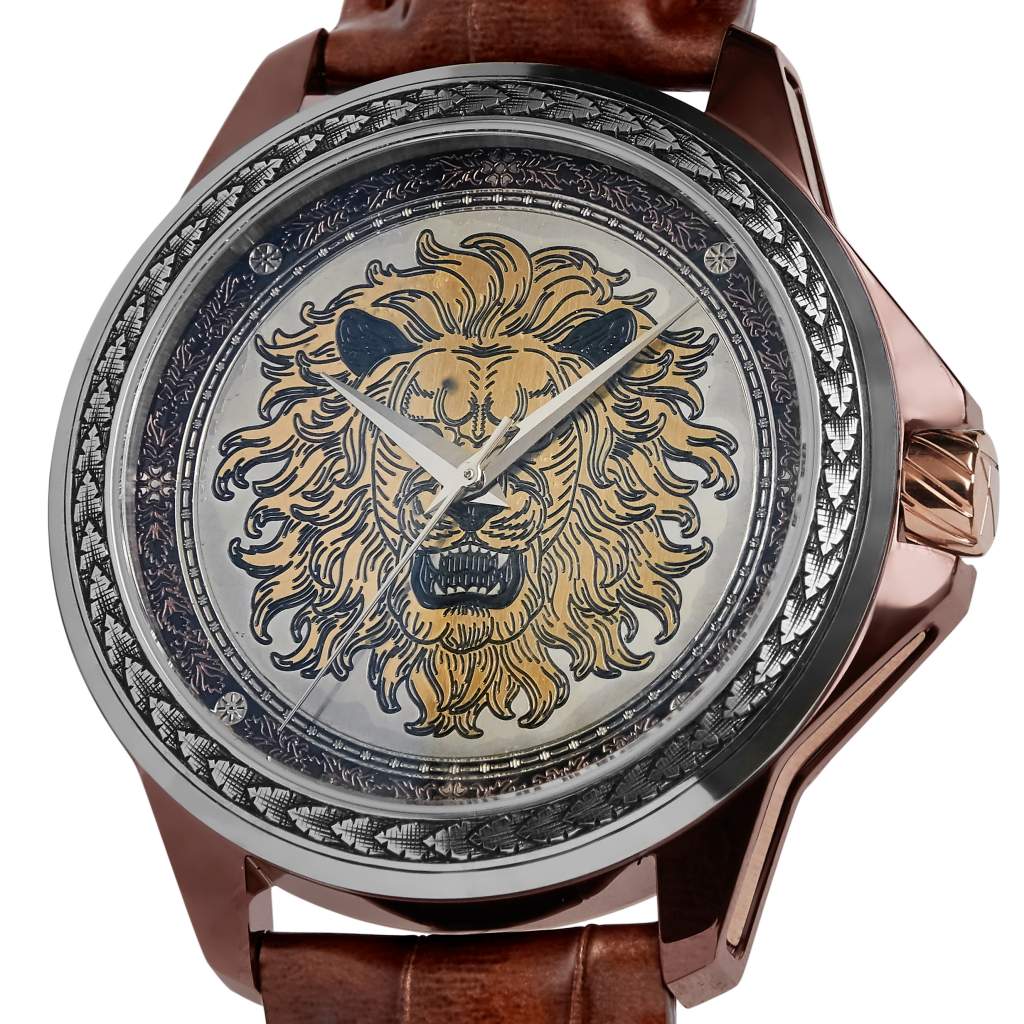 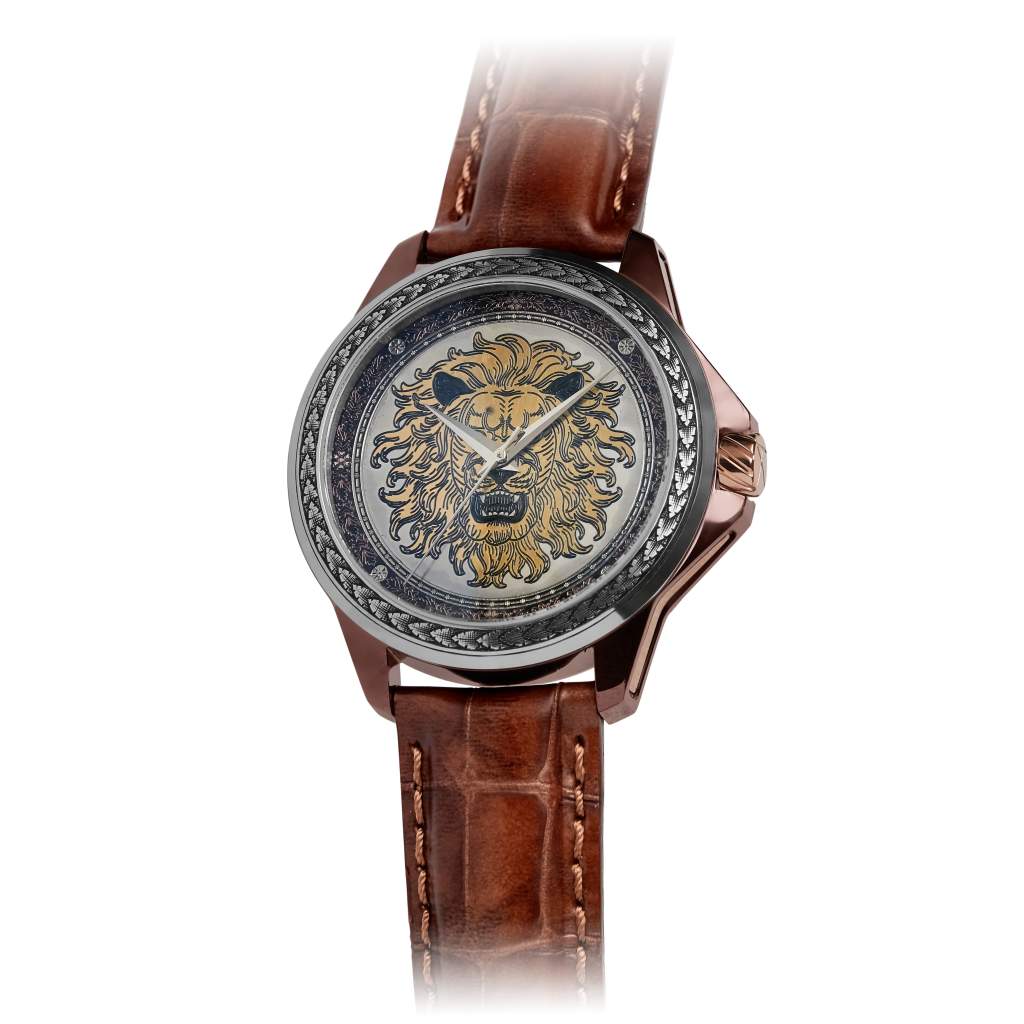 On the contrary, since he is even entering today in the horological henhouse disguised as the ArtyA Son of Art Lion.

True to ArtyA's ecstatic and highly symbolic creations, the heraldic Son of Art Lion is thereby coming to hunt on the sacred land of the Métiers d’Art with only one target: Becoming the King of the micromechanical beasts.

To that end, the ArtyA Son of Art Lion proudly displays the athletic musculature of its Chocogold PVD-treated stainless steel case, reminiscent of the golden-brown robe of the Felidae’s sovereign.

Striated with five ArtyOr lateral inserts and a crown in the same material, this powerful and shredded case with blond and brown highlights is intended to be as unique in shape and distinctive in contrasts as the sumptuous mane of the feline from which it is inspired.

As a majestic monarch, the ArtyA Son of Art Lion is crowned by a masterfully hand made bezel crafted by the legendary engraver Bram Ramon, transforming this timepiece into a genuine Coat of Arms of modern times.

By affixing the Son of Art Lion with the seal of one of its own technique, mixing engraving and galvanic treatment, ArtyA offered to its creation a true nobility through an emblematic and solar Lion’s headed dial adorned with delicate arabesques.

In order to fully let its feral dial roar freely, ArtyA chose to set the Son of Art Lion on a brown crocodile strap featuring hand-sewn top stitching, whose warm tones harmonize gracefully with the shades of the case.

To definitely set its timepiece on the throne of refinement, ArtyA has finally endowed the Son of Art Lion with the fierce in-house ArtyA Aion caliber, the brand’s own Swiss Made and COSC certified three-hand automatic movement, whose beauty of every detail, including an openwork mass, can be appreciated through a transparent case back.

If ArtyA has demonstrated such impetuosity and boldness in the execution of the Son of Art Lion, it is to pay a faithful homage to the immortal beauty of the Métiers d'Art.

Polysemic in many respects, the Son of Art Lion is, just like the eponymous King, as one of its kind as the number of its copies.

In the jungle, the mighty horological jungle, the Lion of the Métiers d’Art is definitely not sleeping tonight.