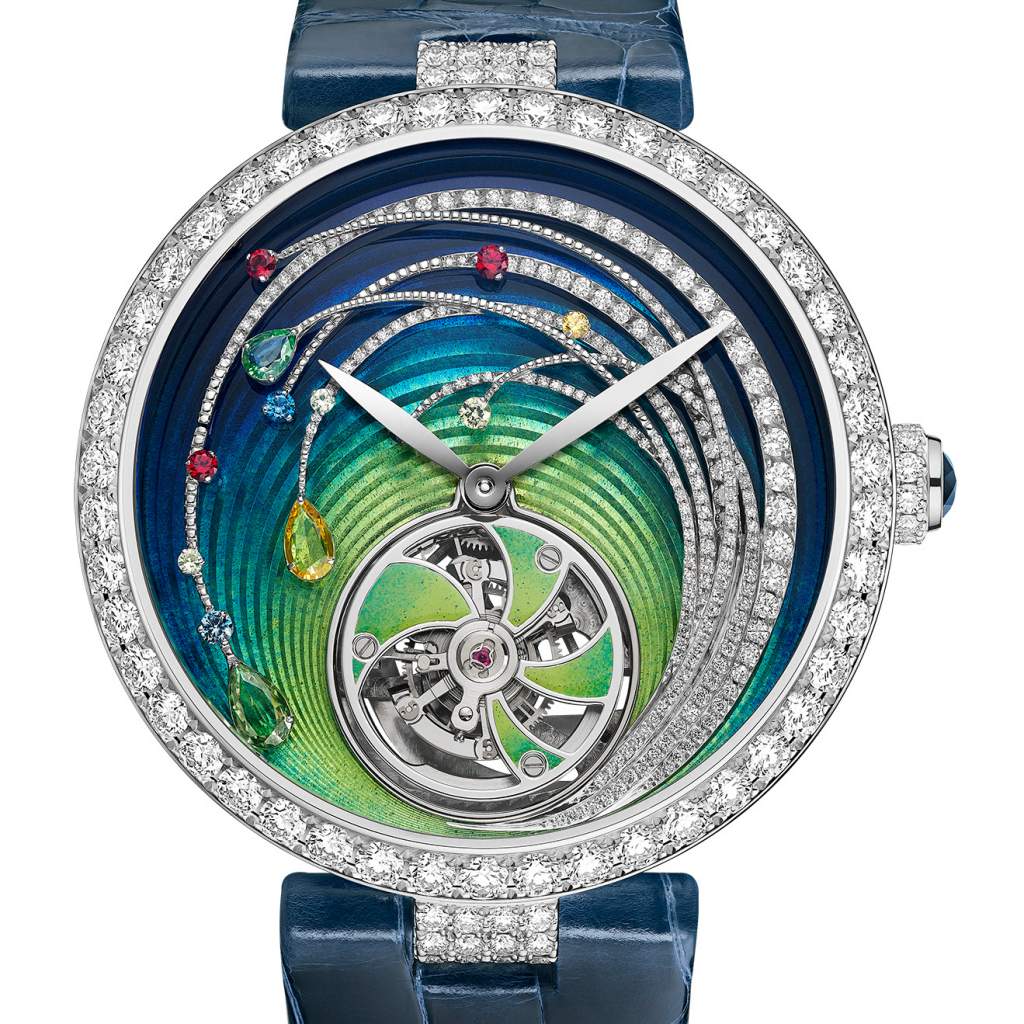 Maison Chaumet introduces a Flying Tourbillon watch inspired by the sun’s blazing motion and changing hues. An edition limited to three pieces, which celebrates the beauty of the sky, combining High Jewellery, watchmaking virtuosity and the finest craftsmanship.

As a tribute to the immense incandescent and vibrant orb, Chaumet has created a High Jewellery timepiece in radiant colours and fiery stones, animated by a Flying Tourbillon caliber, whose movement echoes that of the sun.

Soleil de Minuit, in blues and boreal greens shimmers with the singular fire of white gold, in a case redesigned to accommodate this new series. Curved, with a unique horn and gem-set on all sides, it emerges from an alligator leather strap to float atop the wrist.  Its multicoloured grand feu enamelled dial, realised with supreme skill by the artist Anita Porchet, features a guilloché finish. Then the topazes, garnets, sapphires, rubies and tourmalines are arranged at the end of diamond-set gold spirals. The largest of them, a pear-shaped garnet, is mounted en trembleuse to vibrant and sparkling effect.

At the heart of this creation: a CP12V-IX caliber.  Entirely skeletonised, an aspect only visible from the back, it also offers the rare assurance of a 100-hour power reserve. The Maison has taken advantage of the lightness of its Flying Tourbillon to complete its solar metaphor. This movement produced by Hublot creates an impression of open space with a colourful tourbillon bridge swirl. In its permanent orbit, this ever-radiant miniature sun rises and sets, passing through midday to midnight.