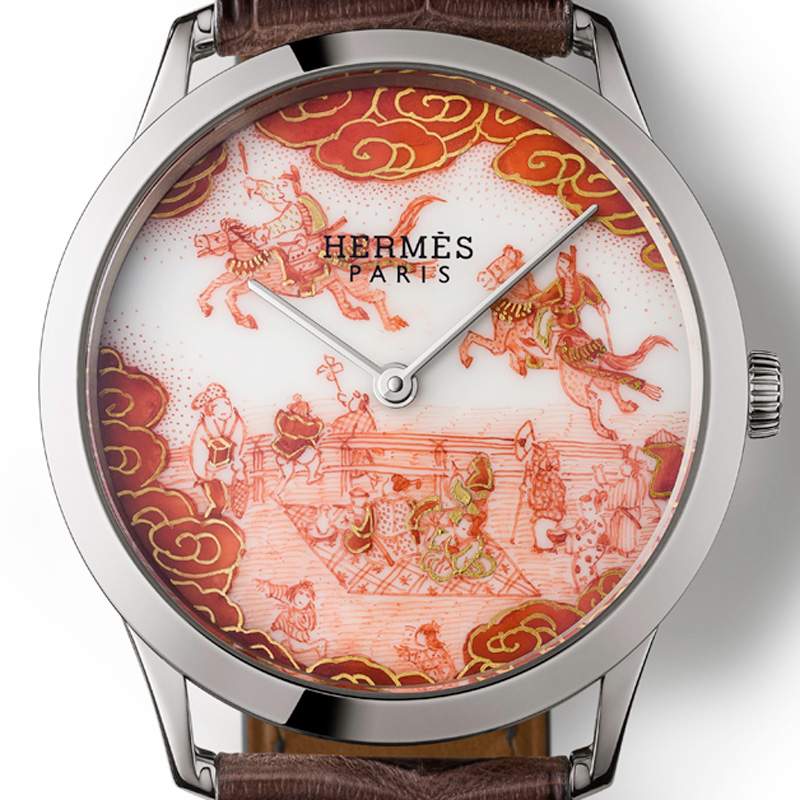 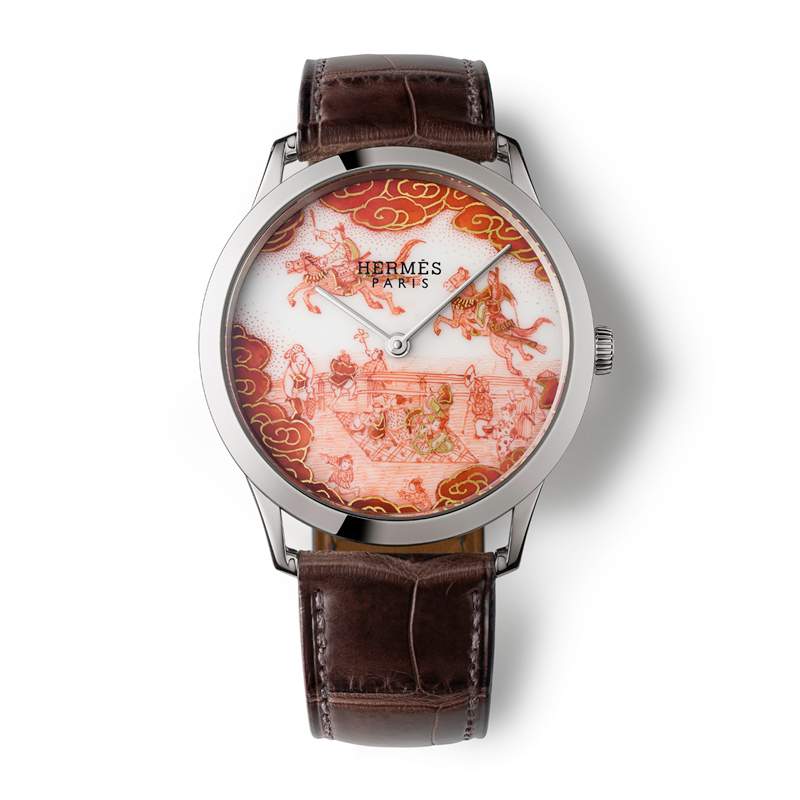 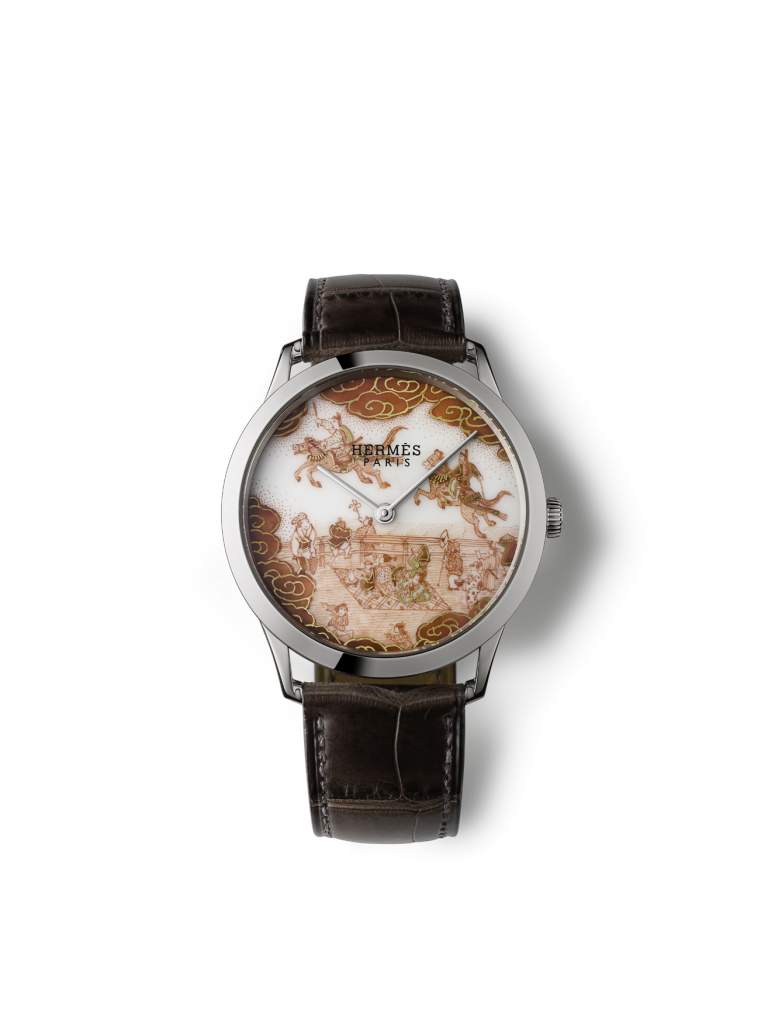 Hermès takes us to the Japan of traditions, in the shade of a flowering cherry tree, to enjoy a more than millennial-old celebration: Koma Kurabe, the famous Japanese horse race.

Interpreted through 12 one-of-a-kind models each distinguished by different details, the Slim d’Hermès Koma Kurabe watch is graced with a porcelain dial reproducing this horse race that is organised once a year in Kamigamo Shrine (built in 678 AD) in Kyoto. Crowds continue to flock there from all over the country in order to pray for peace and good harvests, while enjoying the sight of the horses and the beautiful spring day.

An authentic travel invitation, this exceptional timepiece is the first time in the watch industry that French porcelain is combined with the Japanese art of Aka-e painting, created by the expert brush of master artist Buzan Fukushima.

It all begins near Paris, in the ateliers of Sèvres, a major centre of porcelain making in Europe for more than three centuries.

The artisan pours the barbotine (soft liquid porcelain known in English as grout, slurry or slip) onto a plasterboard substrate that will absorb the water and retain only the clay. The paste thus captured is cut to the required size on a metal base, before several days of drying. Then comes the so-called biscuit’ firing, followed by full polishing in order to eliminate any remaining flaws. It is then time for the delicate enamelling operations requiring four to six fine-layered applications of a colourless glaze, and as many firings. After this, the plates suspended in the furnace by means of the prior perforations made along their edge, before being cut and shaped to form dials.

The porcelain becomes a work of art at the brilliant hands of Buzan Fukushima, one of the rare artisans who still exercises the Aka-e technique that enjoyed its heyday in 19th century Japan. A legendary exponent of this traditional painting on porcelain made in Kutani, in the Ishikawa Prefecture of Japan, the master deftly wields his brush to create subtly graded shades of red and ochre, which he coats with a fine layer of gold to complete his work of art. Three firing operations are required to fix the motif of this scene conveying a dream-like vision of Japan. A dream that the master artist has brought to life for the first time on a watch dial for the maison Hermès, accustomed as he is to expressing his art on larger decorative objects such as vases or dishes.